In his initial remarks with the NATO Secretary-General Jens Stoltenberg at the White House on April 2, US President Donald Trump charged straight into his pet grievance that America “alone accounts for the vast majority of NATO defense spending ’s spending”. Trump failed to congratulate NATO on its 70th birth anniversary. When Stoltenberg’s turn came, he gently reminded Trump of that 10-letter word — Afghanistan — which is the alliance’s flagship project, and its first ‘out-of-area’ operation.

Startled by Stoltenberg’s reminder, Trump took his turn but this was what he said: “And I will say — you mentioned Afghanistan. I think we’ve made a lot of great strides recently in Afghanistan. It’s — we call it the “endless war.” Nineteen years. The real number is 19 years. It’s unfortunate. It’s ridiculous. And it’s been a very interesting period of time. But we’ve made a lot of strides. A lot of things are happening in Afghanistan that are very positive. So we’ll see how that all comes out. And I appreciate your help.”

Trump made it clear that he’s only thinking abut the ongoing talks with the Taliban. The icy remark — “And I appreciate your help.” — says it all.

The event in Washington on April 3-4 celebrating the NATO’s seventieth birth anniversary highlighted that Trump is deeply sceptical of NATO. Trump wasn’t even sure that Russia poses a threat — “I hope that it’s not going to be a security threat. I hope we have a good relationship with Russia and with, by the way, China and everybody else.” And at a second interaction with the media, when Stoltenberg tried to bring in the “need to maintain credible defense and defense for all NATO countries”, Trump interjected, “But I think we’ll get along with Russia. I do — I do believe that.”

In the final analysis, the NATO Foreign Ministers cast “Russian aggression” in a distinctly watered down idiom. Trump effect? But then, the FMs also “agreed on a package of measures to improve NATO’s situational awareness in the Black Sea region and strengthen support for partners Georgia and Ukraine.” In a statement, the Russian foreign ministry has since lamented that the western alliance is “not going to stop building up its military and political confrontation with Russia. The bloc’s key goal – to rally its allies for containing “the threat from the East” – has not changed since its establishment in 1949.”

Moscow will contest the NATO’s increased presence in the Black Sea and any attempt to “guarantee the safe passage of Ukrainian ships,” as stated by the US Permanent Representative to NATO. On the whole, however, it must be noted that the Russian commentary was only mildly regretful about the NATO FMs’ statement on April 4, hinting there is no real reason for Russia to lose sleep. The big question in Moscow is how the US’ proposed walkout from the INF Treaty plays out in the coming months.

It is in this backdrop that Washington has made an attempt to introduce into the NATO agenda the US’ discord with Turkey over the latter’s purchase of the Russian S-400 missile defence system. Now, any NATO plans to establish permanent presence in the Black Sea will be a non-starter unless Turkey, which controls the Bosporous and Dardanelles Straits under the Montreux Convention (1936), plays ball. All-round US pressure is building on Turkey’s president Recep Erdogan with open American threats of economic devastation.

Addressing the NATO gathering on April 3, US Vice-President had some exceptionally harsh words for Turkey: “Turkey must choose: Does it want to remain a critical partner in the most successful military alliance in history of the world? Or does it want to risk the security of that partnership by making reckless decisions that undermine our alliance?”

Similarly, Pence’s speech also targeted Berlin on account of the growing German-Russian entente under Chancellor Angela Merkel and her decision to push ahead with the Nord Stream 2 gas pipeline project, which will consolidate Russia’s dominance of the European energy market and thwart the US strategy to capture the European market for its future shale gas exports. Pence said,

“And we cannot ensure the defense of the West if our allies grow dependent on the Russia. If Germany persists in building the Nord Stream 2 pipeline, as President Trump has said, it could turn Germany’s economy into literally a “captive of Russia.” It is simply unacceptable for Europe’s largest economy to continue to ignore the threat of Russian aggression and neglect its own self-defense and our common defense at such a level. And it’s also wrong for Germany to allow itself to become energy dependent on Russia.”

“NATO is a mutual defence pact, not a unilateral security agreement. We need all allies to contribute to this joint endeavour, and we honour their commitments and we’ll keep ours.”

Again, the US has introduced into the NATO agenda a new template — “Chinese strategy competition”, to quote from speech by Secretary of State Mike Pompeo. Pence said in his speech, “Perhaps the greatest challenge NATO will face in the coming decades is how we must all adjust to the rise of the People’s Republic of China. And adjust we must… Whether we like it or not, the implications of China’s rise will profoundly affect the choices NATO members will face, individually and collectively.”

“China’s expanding influence will necessarily demand more of America’s attention and resources. And as we meet that challenge, our European allies must do more to maintain the strength and deterrence of our transatlantic alliance with their resources.”

The US strategy is to prevent NATO allies from allowing Chinese 5G technology to compete with the American technology in the European market and, secondly, to create roadblocks for China’s Belt and Road Initiative in the European continent. Many European countries are open to Chinese 5G technology, especially Germany and Britain, and almost half of EU countries have signed up on the BRI, Italy being the first from the G7 grouping.

However, the NATO, which functions on the basis of unanimous decisions, is unlikely to get entangled with the US’ discords with Germany or Turkey. (A German poll this week showed that the majority opinion, while endorsing NATO membership opposes any increased defence spending to meet Trump’s demand.) It is, again, inconceivable that the NATO will take sides in the US-China rivalry. China has remained Germany’s most important trading partner for the past 3 consecutive years. (China is now the EU’s second-biggest trading partner behind the US and the EU is China’s biggest trading partner.)

Britain’s Lord Hastings Ismay, the first secretary-general of NATO, once said that the NATO was conceived to “keep the Soviet Union out, the Americans in and the Germans down.” The predicament today is that the Soviet Union is no more and certainly, Russia under Putin is not the Soviet Union. On the other hand, Trump’s America First grates against Euro-Atlanticism and POTUS has a poor option of Europeans in general.

As for Germany, it cannot be put down any longer. Berlin’s strategies also need to be seen in the context of the fractures in European unity and keen sense of independence from the US. Indeed, Nord Stream 2 is much more than about a gas pipeline.

Coincidence or not, even as the NATO began its birthday celebrations in Washington, German automaker Daimler officially opened a Mercedes-Benz factory near Moscow on Wednesday. During the inaugural ceremony, Putin signed a car hood at the plant. Putin called it “a very pleasant event,” and added, “I myself, your humble servant, as you well know, and many of my colleagues drove and are still using Mercedes cars that are highly appraised for their quality all over the world. It is absolutely certain that Mercedes will be popular with Russian consumers.” 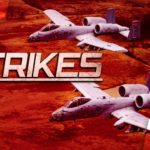