Thousands of people from across the world will be descending on Russia’s “second capital” of Saint Petersburg later this week to attend the Saint Petersburg International Economic Forum (SPIEF) that will be held from 6-8, with the most important of them being Chinese President Xi. His presence at this yearly event is extremely significant because it’s the first out of three times that President Putin plans to meet him this month. As luck would have it, June this year is the month of summits, with the SCO one (13-14) in Bishkek coming one week after SPIEF and then the G20 one (28-29) following two weeks later. Presidents Putin and Xi will attend all three events of ever-expanding geopolitical and economic importance, which is why their first meeting later this week in Saint Petersburg is especially noteworthy as an opportunity to coordinate their approaches to these forthcoming multilateral political functions.

The ongoing “trade war” between the US and China sets the contextual backdrop for this week’s meeting, as does President Putin’s wholehearted commitment to Beijing’s Belt & Road Initiative (BRI) that he made during the eponymous summit in late April during his last meeting with his Chinese counterpart. It can thus be expected that some landmark agreements in this respect might be agreed to by both parties during the upcoming summit that would aim to improve Russia’s integration with BRI, which has thus far remained rhetorical at best seeing as how the country’s “Pivot to Asia” of the past half-decade has only thus far resulted in a gas pipeline and two bridges. It’s of the highest importance that Russia intensifies its real-sector economic ties with China through trade and infrastructure cooperation in order to bring some international substance to President Putin’s “Great Society” socio-economic development program and enable the country to fulfill its destiny as the “Eurasian Land Bridge”.

Looking ahead to the next two events later this month, Presidents Putin and Xi need to decide how best to handle the very sensitive issue of India’s military-strategic alliance with the US before they meet Prime Minister Modi in Bishkek during the upcoming SCO Summit. The US is trying to use India to “contain” China through the so-called “Indo–Pacific” concept that both Moscow and Beijing are very suspicious of, yet at the same time, New Delhi insists that it’s still abiding by its much-touted policy of “multi-alignment” and that its intensification of military ties with Washington isn’t aimed against any third parties. Moreover, Trump’s unexpected termination of India’s membership in the tariff-free “Generalized System of Preferences” has created the optics of an opportunity for Russia and China to more vigorously re-engage their nominal BRICS partner on the economic front, which could in turn possibly put the brakes on its pro-American pivot in the unlikely event that they’re successful.

As for the last main function of the month, the G20, Russia and China need to know that they can count on one another to jointly oppose Trump’s trade plans that he’s sure to talk about during the summit. They also need to reinforce their trust in one another ahead of what seems to be the US’ tacit attempts to drive a Kissinger-like wedge between them in the New Cold War throughout course of its negotiations with Russia for a “New Detente” just as it successfully did during the Old Cold War when it clinched such a deal with China at the time. It’s extremely unlikely at this point that this grand geopolitical plot will succeed, but both leaders should expect the US to ramp up its psychological operations against both them and their people in the coming future as it attempts to bring its ambitious plan to fruition. Seeing as how Presidents Putin and Xi will be meeting three times this month alone, however, it can safely be assumed that they’ll take the Russian-Chinese Strategic Partnership to new heights and will collectively commit to thwarting the US plans. 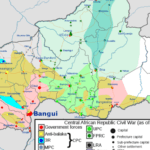 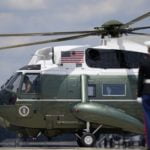 Trump Is Hellbent on Provoking a New Cold War

Is Russia Backtracking on BRI?