The first time I ever spoke to Boris Johnson, almost certainly Britain’s next prime minister, was when my phone rang in London’s Soho back in 2002 and a now familiar voice boomed “I want to interview Saddam Hussein.”

At the time I was the only British politician still traveling to sanctions-stricken Iraq and the only one who met regularly with the Iraqi leadership in the run-up to the war. As a sweetener, Boris, for it was he, threw in that he didn’t “believe all that stuff” about weapons of mass destruction. Not that such disbelief was ever enunciated publicly of course. I passed on his request but the Iraqis, never having heard of him, turned down the request.

His call and its follow-up pressure taught me several things about the future foreign secretary and soon-to-be prime minister.

The first and most banal was his extraordinary presumptuousness. I was then a more senior parliamentarian than he – I had been elected in 1987 he only in 2001 – we had never been introduced (still a ‘thing’ in parliamentary terms) and he didn’t bother even introducing himself, merely an announcement followed by a request for access which sounded awfully like a demand.

The second was, like the young Churchill – his idol – his thirst to be where the action was even at personal (not inconsiderable) and definitely political damage. I wasn’t known then by my enemies as the MP for Baghdad Central for nothing!

And thirdly, his willingness to affect any political position which suited his purpose at any particular time.

This would come back, rather more significantly, when the referendum on Brexit was announced and the question of where Boris (then a considerable figure and twice-elected Mayor of London) would make his stand – Leave or Remain?

His answer was both, or either, in that he penned two lengthy (and well-remunerated) pieces for the Daily Telegraph (which pays him £275,00 per year for a weekly column) one arguing the case for Leave and the other for Remain.

It is said that it was only at that point he plumped for Brexit, which from my point of view was a mixed-blessing. Because between my first encounter and 2016, Boris Johnson had insulted half the planet and rumbled from one race-row to another, one piece of crass classism to another.

As the editor of the right-wing Spectator he had traduced the entire city of Liverpool (his then leader Michael Howard dispatched him to the city to apologize), spoken about black “piccaninnies” with their “water-melon smiles,” traduced Turkish people and generally boorishly displayed all the prejudices of the English upper-class. This was all an act of projection of course as no British parliamentarian has a more exotic lineage than Alexander Boris de Pfeffel Johnson.

His great grandfather, the Circassian Ali Kemal was a political asylum seeker from, er, Turkey. Boris was born in New York City (and was a dual citizen until the US tax authorities tried to get their hands on half the profits he made from a house-sale). His great-grandmother was a Russian-Jewish immigrant to the United States. Indeed the name Boris came from a Russian émigré his parents had befriended. A “one man melting-pot” with Jewish, Muslim and Christian great-grandparents. Yet still he felt the need to play the English public-schoolboy straight out of Tom Brown’s Schooldays (crossed with Billy Bunter) – right up to and including his brief tenure as Britain’s senior diplomat – the foreign secretary.

His Turkishness was repaid by an obscene poem he wrote insulting the Turkish President Erdogan and by extension his people. His Russianness – by a Cold War Iron Curtain hawkishness to make John Bolton blush. His Muslimness – by his description of Muslim women in traditional dress as “looking like letter boxes.” And so on, and on.

But it is all an act. Boris can be anything you want him to be. Like Groucho Marx he has principles, but if you don’t like them, he has others. He is an ideological Indian rubber-man, “bend me, shape me anyway you want me.”

Thus the man who wasn’t sure whether we should Leave or Remain in the European Union, became Mr Brexit, inseparably linked forever with empty Brexit slogans on the side of a bus. The man who once called for an alliance with Russia against ISIS, was just as capable of demanding “Assad must go” at the point of western bayonets – thus leaving ISIS in charge of Damascus (whilst also describing his sublime happiness at the Syrian recapture of Palmyra from the terrorists the rest of his politics was supporting). He might reset relations with Russia or go to the brink of war with her. It all depends…

Boris Johnson will become the new Tory PM because though the odds remain against him (the Tory Party is currently fourth in the national opinion polls) he is the only card the party has with any possibility of clawing their way back into public affections. He is the ultimate wild-card. It might all go wrong but on the other hand it might go right. His rivals are sure-fire losers, that’s for sure.

Boris Johnson might not thrive – or even survive – in any other polity in the world, but he has what he would call in perfect French, a certain “Je ne sais Quoi.” A certain something. Intangible, difficult to define, but like the camel easy to recognise. Boris can stop the traffic. If he entered a shopping mall you were in, you’d certainly know he was there. Though you would be wise to lock up your daughters – and your wife – if he did.

The Greta Reset: Welcome to the UK 2030 - The No Petrol, No Transport, No Freedom of Movement Net Zero Future 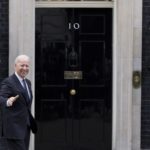 No, a Joe Biden Win Wouldn’t Spell the End for Brexit or Populism...Despite What the 'Elite' Try to Tell You 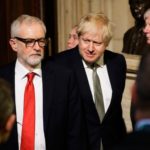