The US’ recently released “Indo-Pacific Strategy Report” envisages India playing a key role in this vast transregional space in order to “contain” China, while Pakistan is conspicuously absent from the text despite being one of the few nuclear weapons states, among the most populous countries in the world, and the transit route for China’s overland access to the Afro-Asian Ocean via CPEC.

The US officially unveiled its “Indo-Pacific Strategy Report” over the weekend and tasked Defense Secretary Shanahan with sharing a summary of it during the Shangri-La Dialogue forum in Singapore. The gist of the document is that the US is committed to “containing” China through the crucial support of its many regional partners per what can be described as the “Lead From Behind” stratagem. South Asia, and especially aspiring hegemon India, naturally figures prominently in this vision, though the conspicuous absence of the global pivot state of Pakistan from the text — one of the few nuclear weapons states, among the most populous countries in the world, and the transit route for China’s overland access to the Afro-Asian Ocean via CPEC — hints that the US wants to “isolate” it from this seemingly inclusive geostrategic concept. Interestingly, even landlocked and mountainous Nepal has a part to play in this paradigm, but that’s probably because the US regards it as a zone of Indo-Chinese competition unlike Pakistan which is solidly in the Chinese camp, hence why the US sees no need to touch upon it at all because it likely regards the country as a “lost cause”.

The Integral Role Of India

There are only several pages that specifically deal with South Asia (33-36), though India is also briefly mentioned in other parts as well. The US emphasizes the “common outlook” that it shares with India and how New Delhi’s “Act East” policy of ASEAN engagement supposedly proves its commitment to the “free and open Indo-Pacific” concept, Washington’s new euphemism for “containing” China. The “convergence of strategic interests” between these two Great Powers manifests itself through India’s unique designation as the US’ only “Major Defense Partner” and the 2+2 Ministerial Dialogue that was commenced last year between their Defense and Foreign Ministers. The document also lauds the effect that COMCASA will have in improving “interoperability” between their armed forces, though it noticeably omits any mentioning of the LEMOA pact that allows them to use some of the other’s military facilities on a case-by-case “logistical” basis. Even so, the Pentagon praises the increased “scope, complexity, and frequency” of military exercises with India and the upcoming tri-service exercises later this year, on top of their rapidly expanding arms trade.

As for the other countries of South Asia (apart from Pakistan and Bhutan), the US speaks highly about the “increased cooperation on mutual logistics arrangements” that it agreed to with Sri Lanka earlier this year, as well as the “avenues to expand security cooperation” with the Maldives after its “democratic transition” late last year. Concerning Bangladesh, it’s described as having a “strong defense relationship” with the US and being an “important partner for regional stability and security”. The “Indo-Pacific Strategy Report” also applauds the “annual Bilateral Defense Dialogue” between the two for “setting the strategic direction of their relationship”. Lastly, landlocked and mountainous Nepal is curiously included in the text despite not being a country that ordinarily comes to mind when one thinks of the Afro-Pacific (“Indo-Pacific”) region. The document talks about the opportunity for expanding defense ties in light of last year’s “Land Forces Talks” and several landmark visits by high-ranking US defense officials, including the head of USINDOPACOM.

While the aforementioned South Asian states are implicitly conceived of as Indian satellites whose overall role in the larger paradigm is very limited, the aspiring hegemon itself is expected to fulfill a transregional one as regards the Pacific part of the Afro-Pacific (“Indo-Pacific”) concept. Later on in the document the Pentagon talks about how India is contributing to the formation of a “networked region” by being one of several trilateral partnerships that the US and Japan are forming. It also points out the “emerging intra-Asian security relationships” that India is bilaterally involved in with Japan and Vietnam, as well as the trilateral one between itself, Japan, and Australia. Furthermore, the Quad of the US, India, Japan, and Australia is mentioned once, but it doesn’t play a major role in policy formation, probably because Washington considers it better to expand its “Chinese Containment Coalition” beyond those three major states to include medium and smaller ones too, thus allowing it to incorporate the entire Afro-Pacific region into this concept.

In sum, the US’ “Indo-Pacific Strategy Report” envisages India playing a leading role in “containing” China in the Afro-Asian (“Indian”) Ocean region and then using its strategic partnerships with Japan, Australia, and Vietnam to expand its influence into the Pacific portion of this transregional space. Likewise, its very presence in its eponymous ocean serves as the gateway for more robust Japanese military involvement on the other side of ASEAN, with these South and East Asian Great Powers strategically uniting in the ASEAN middle ground between them. For all intents and purposes and apart from the exceptional involvement of landlocked Nepal (Laos, and Mongolia), the “Indo-Pacific Strategy Report” deals entirely with maritime nations and therefore naturally has a naval focus, though it’s still strange that nothing is mentioned about Pakistan when considering that S-CPEC+ is China’s multimodal connectivity shortcut to Africa. In any case, Islamabad’s lack of inclusion in this policy planning document doesn’t take away from its global pivot significance, it just means that an entirely separate strategy report will likely need to be written for countering it. 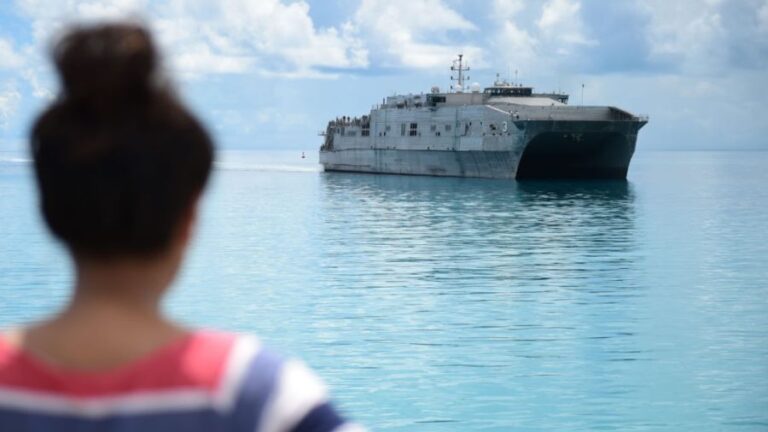 The Pacific island nation of Kiribati has no military, a population only one-sixth the size of Washington, D.C.’s, and a gross domestic product of less than $200 million. Despite that, it is the site of growing geopolitical competition. Lured by the promise of significant development aid, Kiribati terminated its diplomatic recognition of Taiwan two years ago and established relations with…

Impending choices by President Trump regarding the war in Afghanistan raise issues of national security decision-making in his presidency that in turn evoke pathologies of the past, with Trump’s personal habits threatening to make matters at least as bad as in the past.  Struggles for influence within the White House are part of the story—as… 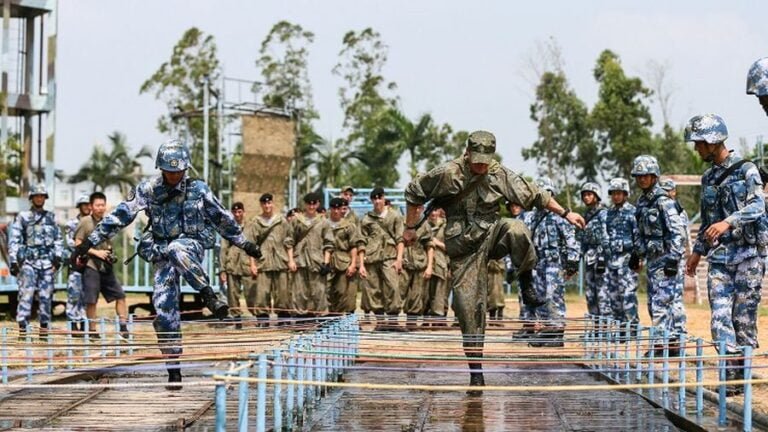