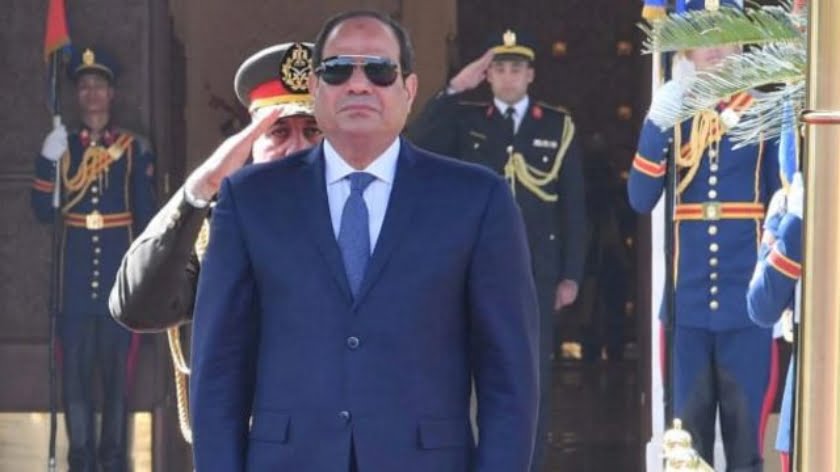 Egypt’s US-backed dictatorship of Gen. Abdel Fattah al-Sisi has sentenced 2,443 people to death since coming to power in a bloody coup in 2013, according to a report issued this week by the UK-based human rights group Reprieve.

Of those sentenced to die by hanging, 2,008, or 82 percent of the total, were convicted of political offenses.

A death penalty index tracking the use of the death penalty in Egypt and identifying those faced with execution recorded cases up until September 23, 2018, when 77 of those on the country’s teeming death row faced imminent execution as a result of convictions in criminal trials. Since then, at least six of them have been put to death.

In total, 144 people have been executed by the Egyptian regime over the past five years. This compares to a single execution carried out between the 2011 revolution that overthrew the 30-year-long US-backed dictatorship of Hosni Mubarak and the July 3, 2013, coup led by General Sisi against the elected government of President Mohammed Morsi. During this same interval, a total of 152 death sentences were recommended by the Egyptian courts, compared to the nearly 2,500 issued since.

The death sentences have, in many cases, been handed down in mass trials in which defendants are brought before drumhead military tribunals in which they are denied all of the elementary rights to a fair trial including the right to present an individual defense, representation by legal counsel and the ability to call or examine witnesses.

The assembly line of state murder in Egypt begins with arbitrary arrest followed by a period of “enforced disappearance” in which prisoners are held incommunicado without charges and subjected to hideous torture until submitting to signing a confession. They are then brought into cages in military courts alongside dozens if not hundreds of others.

Under the regime’s “Assembly Law,” unlimited numbers of defendants can be tried together on the theory that they were involved in a “joint enterprise” in the alleged commission of a crime by a single individual. This has allowed the handing down of the death penalty for thousands of people whose sole crime has been to participate in peaceful protests against the regime.

Children have been subjected to this same treatment, tried for their lives alongside adults. The Reprieve report found that at least 12 of those condemned to hang were children at the time of their arrests, rounded up, tried and sentenced in flagrant violation of international law. Thousands of such children have been unlawfully arrested since the 2013 coup.

Among them is Ahmed Saddouma, who was dragged from his bed and taken from his family’s home on the outskirts of Cairo by Egyptian police in March 2015. He was held incommunicado for 80 days as his parents desperately searched for him. During that time, he was subjected to continuous torture, savagely beaten with metal bars and electrocuted all over his body until he signed a false confession.

“It is a political trial based on trumped-up charges,” the boy’s father, Khaled Mostafa Saddouma, told Middle East Eye. “I saw marks of torture on his body, which he said happened during interrogations.”

Even though the crime to which he confessed, the attempted assassination of a judge, took place three weeks after he had been seized by the police, he was convicted and sentenced to death in a mass trial of 30 people. It appears that his only real “crime” was participating in a protest together with fellow members of a group of football fans known as the Ultras.

Also sentenced to die for a crime he was alleged to have committed at the age of 17 and while a high school student is Karim Hemeida Youssef, whose June 22 sentencing was not included in the data compiled by Reprieve.

Arrested in January 2016, he also was subjected to “enforced disappearance” for 42 days during which he was tortured into confessing to taking part in an attack on a Cairo hotel.

“When he denied the charges, a security officer electrocuted him repeatedly all over his body until he was forced to confess,” his father told Middle East Eye .

At least 32 women have also been condemned to death under Sisi’s reign, according to Reprieve.

The abysmal conditions in Egypt’s prisons are claiming more victims than the hangman’s noose. Since the coming to power of Sisi, at least 60,000 people have been imprisoned on political charges, jailed under hellish conditions of severe overcrowding, lack of sanitation and denial of medical care.

According to the London-based Arab Organization for Human Rights, nearly 800 detainees have died in Egyptian jails since the 2013 coup, most as the result of medical negligence.

“Egyptian prisons have turned into execution compounds taking the lives of their detainees by denying them the right to the medical care they need and providing a fertile environment for diseases and epidemics to spread inside the detention centers due to the lack of hygiene, pollution and overcrowding,” the group said.

It said that there had been 20 such deaths so far in 2019, including 15 detainees charged based on their political opposition to the regime.

Egyptian security forces, meanwhile, are carrying out violent repression against the civilian population in the northern Sinai Peninsula that amounts to war crimes, according to a report issued on Tuesday by Human Rights Watch (HRW).

The report states that children as young as 12 have been rounded up in mass sweeps of the region and held in secret prisons.

The area is subject to a demilitarization treaty between Egypt and Israel, but the Israeli government has not only allowed a massive Egyptian military deployment, ostensibly in a campaign to eradicate the Islamic State of Iraq and Syria (ISIS), but has itself participated in airstrikes in the region.

The HRW report called upon the US government to “halt all military and security assistance to Egypt,” while indicating that Washington’s support for the regime implicated it in war crimes.

Washington is the foremost backer of the blood-stained dictatorship in Cairo, with the US Congress approving the Trump administration’s request for $3 billion in aid to the Sisi regime, with another $1.4 billion in the pipeline for 2020.

This aid has gone to the purchase of F-16 fighter jets, M1A1 Abrams battle tanks, Apache attack helicopters and Humvees, all of which have been unleashed upon the population of the Sinai Peninsula. Also included in this package are cluster bomb munitions, banned by most countries because of their lethal effects on civilian populations and, in particular, children.

The US Central Command has also resumed “Operation Bright Star,” a major military exercise begun under the Mubarak dictatorship, which focuses on training Egyptian forces for “irregular warfare.”

The US State Department dismissed the HRW report, insisting that US military aid had “long played a central role in Egypt’s economic and military development, and in furthering regional stability.” It added that the assistance was aimed at “countering the Iranian regime’s dangerous activities” in the region.

Similarly, a Pentagon spokesman insisted that

“The US strategic military-to-military relationship with Egypt remains unchanged.”

US President Donald Trump, who praised General Sisi during his visit last month to the White House for doing “a fantastic job in a very difficult situation,” has since announced that he will formally brand the Muslim Brotherhood, which backed the overthrown Egyptian President Mohammed Morsi, as a “terrorist organization.”

This classification of an organization that Washington utilized over a long period in the Middle East to counter the influence of socialist and left-nationalist political forces has the sole purpose of legitimizing the mass murder being carried out by the Egyptian regime.

Washington backs Sisi precisely because of his role in ruthlessly suppressing the revolutionary movement of workers and young people that toppled Mubarak in 2011 and threatened to spread throughout the region, undermining the strategic interests of US imperialism.

The police state repression undertaken by the Cairo regime with Washington’s backing is only postponing a revolutionary reckoning with the Egyptian working class. Under conditions in which 40 percent of the population subsists on less than $2 a day, while inflation and the elimination of subsidies to meet the demands of the IMF are slashing the living standards of masses of workers, a new eruption of class battles is inevitable.

Workers who rose up in the textile mill towns of the Nile Delta, the Egyptian ports and in Cairo itself to overthrow Mubarak, will be impelled once again onto the road of struggle. The lessons of the betrayal of the Egyptian revolution of 2011 must be assimilated and a new revolutionary leadership built in the working class as a section of the International Committee of the Fourth International. 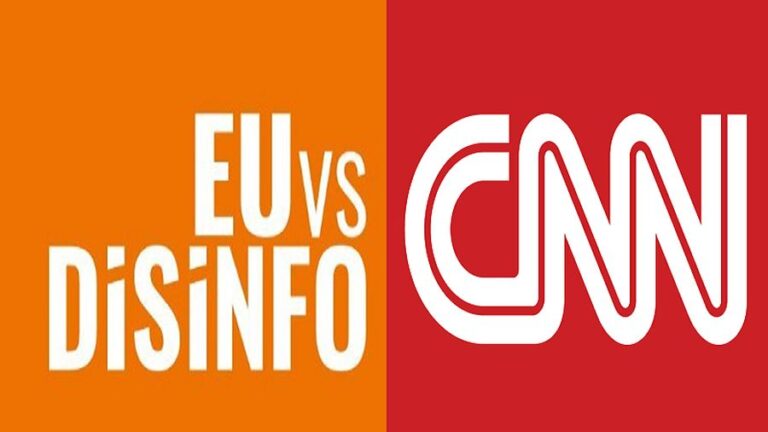 Some hardline myths about Iran never seem to die. One myth especially pertinent to U.S. policy is that revolutionary regime change in Iran is a significant possibility in the near future and that with a bit more of a push from the outside, the Islamic Republic will collapse and be replaced by something much more to…

Boris Johnson, Britain’s foreign secretary, likes to clown around, even by his own admission. So much so, it seems, that when news emerged last week of an alleged massacre of children choking from chemical weapons in Syria, Johnson was still up for jolly-good fun. Take a look at the above picture again. This was taken at a summit… 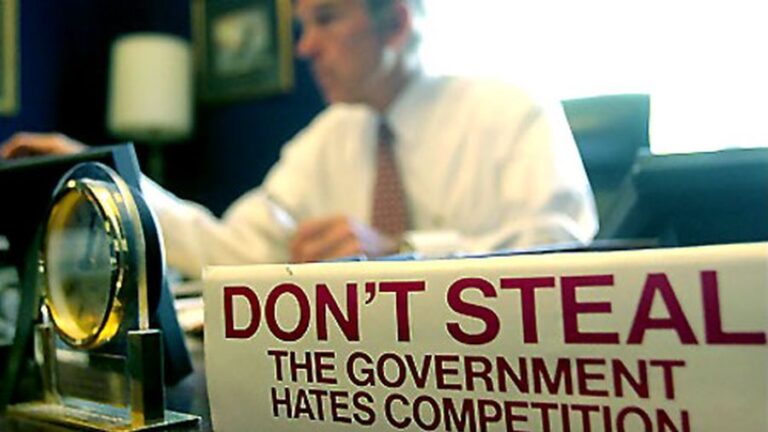 “Inside, Outside…. Leave me alone!Inside, Outside … Nowhere is home!Inside, Outside … Where have I been?Out of my brain on the 5:15…”— The Who There’s been a massive reaction to Credit Suisse analyst Zoltan Poszar’s note about the birth of a new Bretton Woods agreement. Every investor in the world should read it. Zerohedge posted… 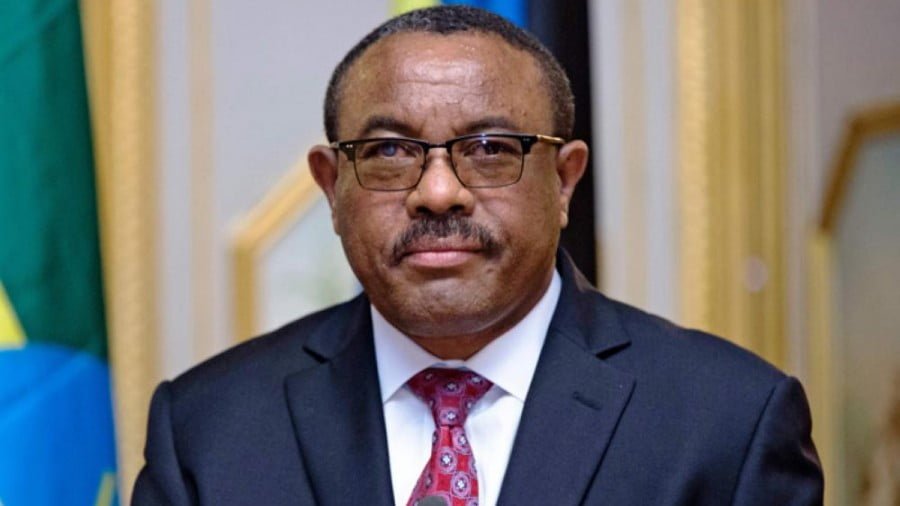 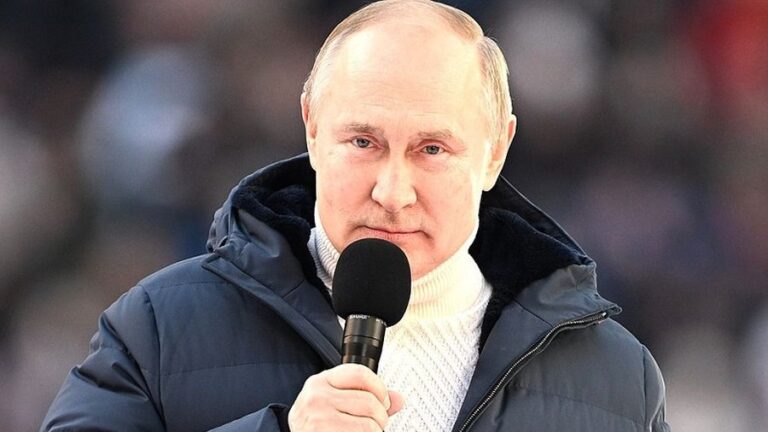 During his speech, the leader of this Eurasian Great Power shared some significant messages that also importantly touched on religious symbolism. The purpose of this piece is to draw the foreign audience’s attention to them in case their countries censored coverage of this major event. Russian President Vladimir Putin held an enormous anti-Nazi rally in…