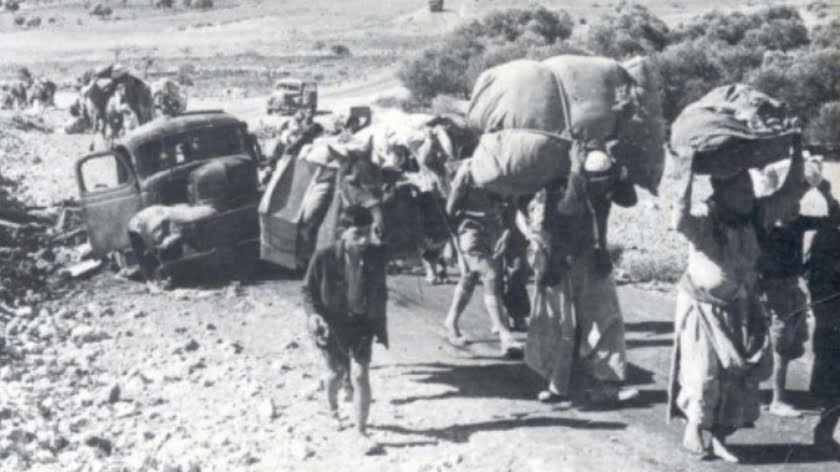 Israel’s 1947-48 Nakba against the Palestinian people was and remains one of history’s great crimes — what Ilan Pappe called “The Ethnic Cleansing of Palestine” in his book by this title.

Establishment of the Jewish state came at the expense of the Palestinian people, their descendants and refugee population.

The final master plan’s goal aimed to create a state with maximum Jews and minimum Arabs — by any means, including mass murder of defenseless people.

Around 800,000 Palestinians were forcibly driven from their homeland, many thousands slaughtered in cold blood.

The six-month campaign beginning in late 1947 destroyed 531 villages and 11 urban neighborhoods in cities like Tel-Aviv, Haifa and Jerusalem.

According to Nuremberg Principles, ethnically cleansing people from their land is a high crime against humanity.

A Palestinian shared memories of that nightmarish experience, saying the following:

“I cannot forget three horror-filled days in July of 1948. The pain sears my memory, and I cannot rid myself of it no matter how hard I try.”

“First, Israeli soldiers forced thousands of Palestinians from their homes near the Mediterranean coast, even though some families had lived in the same houses for centuries.”

“My family had been in the town of Lydda in Palestine at least 1,600 years. Then, without water, we stumbled into the hills and continued for three deadly days.”

“The Jewish soldiers followed, occasionally shooting over our heads to scare us and keep us moving. Terror filled my eleven-year-old mind as I wondered what would happen.”

“I remembered overhearing my father and his friends express alarm about recent massacres by Jewish terrorists. Would they kill us, too?”

“We did not know what to do, except to follow orders and stumble blindly up the rocky hills. I walked hand in hand with my grandfather, who carried our only remaining possessions-a small tin of sugar and some milk for my aunt’s two-year-old son, sick with typhoid.”

Survivors remember the horror of Deir Yassin. On April 9, 1948, soldiers representing the soon to be announced Israeli state entered the village violently. They machine-gunned houses randomly. Many inside were slaughtered.

Remaining villagers were assembled and murdered in cold blood. Among them were children, infants, the elderly and women, some raped before slaughtered. Estimates placed the death toll at up to 120.

An eyewitness recounted the horror as follows, saying:

“I was (there) when the Jews attacked…(They) closed on the village amid exchanges of fire with us.”

“Once they entered the village, fighting became very heavy in the eastern side and later it spread to other parts, to the quarry, to the village center until it reached the western edge.”

Fighting killed dozens more. Many other villages met the same fate. It was well planned, systematic slaughter — a pattern Israel followed throughout its history with much more powerful and banned weapons.

According to a Haaretz investigative report, Israel’s ministry of war’s secretive security department (Malmab) has been tasked with making the Nabka disappear, saying:

Its teams have been scouring Israel’s archives and removing historic documents…conceal(ing) (them) as part of a systematic effort to hide evidence of the Nakba.”

Haaretz learned Malmab (a Hebrew acronym) “concealed testimony from IDF generals about” about mass slaughter of Palestinians and destruction of their towns and villages, as well as dispossession of Bedouins during Israel’s first 10 years of statehood.

Former security department head Yehiel Horev told Haaretz he began the project to erase Israel’s ugly past — even though detailed information about the Nakba has been published.

His aim and others involved was and continues to be an effort to reinvent history, a common practice in many countries with disturbing pasts authorities want expunged from the public record — notably burying the historical record of horrific mistreatment of Black African slaves and Native Americans by US ruling authorities.

Documents on Israel’s nuclear weapons development and hostile relations with regional countries, along with on the Nabka, are concealed in vaults.

Along with burying Israel’s ugly past, Malmab aims to undermine the credibility of published documents.

History the way it should be published and taught isn’t pretty. The truth is there for historians seeking it.

Pappe’s “Ethnic Cleansing of Palestine,” and Howard Zinn’s “A People’s History of the United States” reveal the public record citizens of these countries, and everyone else, have a right to know. 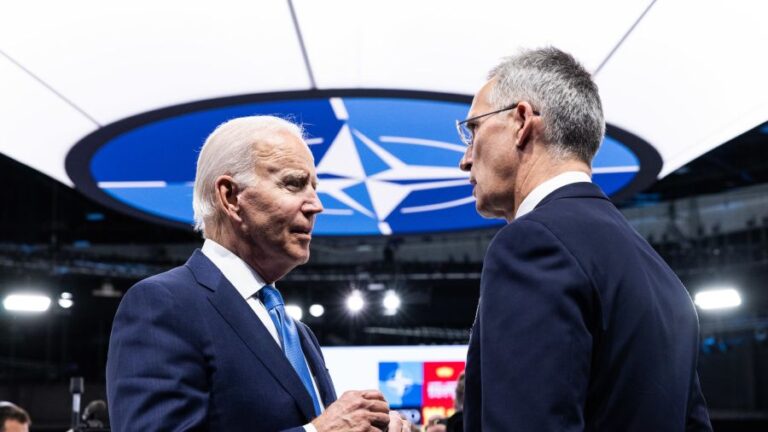 War is never a solution; there are always alternatives that could have — and should have —been pursued by those entrusted with the fate of global society before the order was given to send the youth of a nation to go off to fight and die. Any national leader worth his or her salt should… 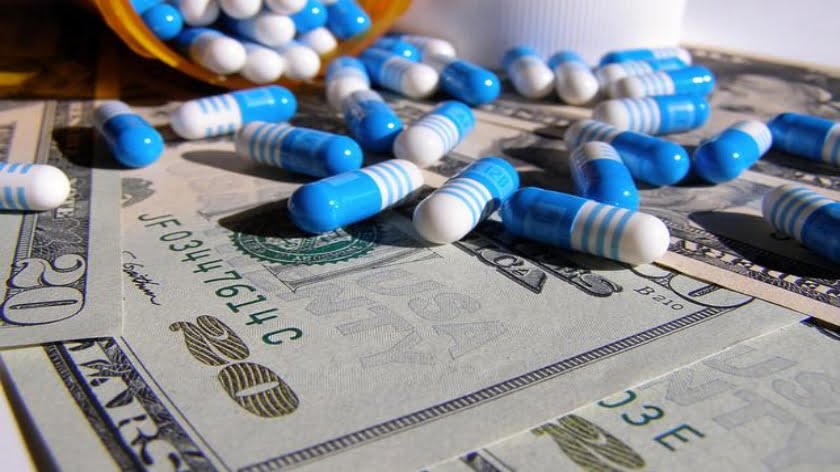 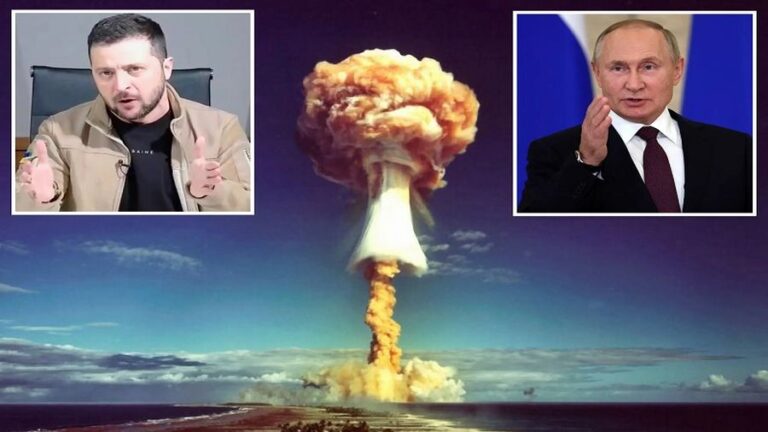 Some interpreted the Ukrainian leader’s statement as implying some desire on behalf of his American patron, seeing as how he functions as its proxy. That’s an inaccurate reading of what just happened, however. Russian presidential spokesman Peskov slammed Zelensky on Thursday after the Ukrainian leader told Australia’s Lowy Institute that the West should launch a… 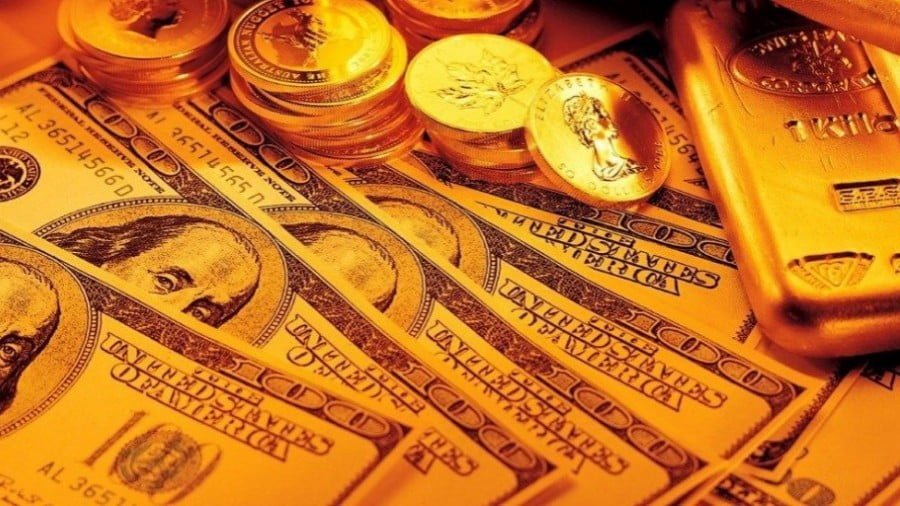