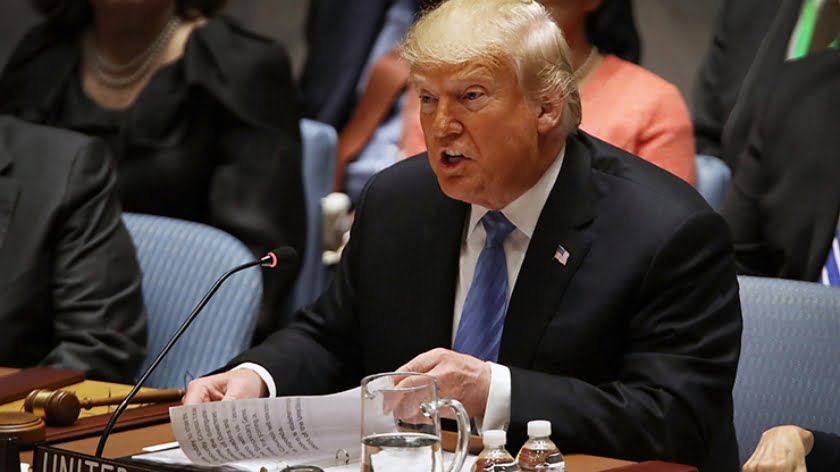 The US-Iranian front has recently seen lightning speed developments that keep spreading over an ever increasing number of regions, Presidents and Prime Ministers of many countries, as well as the leaders of various institutions, foundations and companies. International media provide various kinds of comment, articles, essays, hypotheses and forecasts that have literally flooded newspapers, magazines, radio and TV. Everyman can hardly cope with this information overdose and finds it difficult to make anything out in the subtleties of the foreign policy the White House is carrying out at the moment where rules can hardly be found.

Let us try to get at least a general idea of what is going on in the Persian Gulf. Let us begin with outlining the basics of Donald Trump’s policy. In the course of his electoral campaign, he provided a clear picture of his stance on Iran that secured at least several dozens of thousands of votes for him: the deal ex-president Barack Obama had made with the Iranian ayatollahs did not prove very expedient for the American people, which is why he would put an end to it and then, as soon as Tehran finds itself kneeling, he would make a new deal which would be fully advantageous for the US.

Donald Trump kept the first part of his promise and, with pomp and circumstance, abandoned the international nuclear deal with Tehran, which by the way had been signed not only by the US, but also by a number of European countries. However, he encountered a minor problem: how does one get Tehran to make a new deal on the conditions the US wants? And it was here that Mr. Trump failed to take one fact into consideration: Iran is a sovereign state, a member state of many international organizations. The Iranians are entitled to have their own pride, dignity and love of freedom which prevents them from appeasing the whims of such an inconsistent President and acquiescing to the US requests.

In this case, Donald Trump, minding the coming elections and a possible decline of his prestige, cannot break his promises. What is he to do? As is his habit, the President began by imposing unlawful sanctions on the Iranians trying to smother them with famine and the deficit of basic medicine and cutting-edge medical equipment. And after he failed, he resorted to the threats of using force as he kept sending more troops to the region. At the same time, aided by his Arab allies, he organized a number of provocations, such as tanker explosions in the Persian Gulf and in the Gulf of Oman. Finally, a state-of-the-art drone and a reconnaissance plane were sent to Iran’s air domain. It is clear that, having deliberately sent its troops to death (as the White House expected the Iranian antiaircraft to shoot them down), Washington D.C. was going to use this terrible and bloody provocation against Iran. The loss of the 35 reconnaissance plane crew members would have shaken the whole American nation and provided Donald Trump with a lawful pretext to launch any kind of attack on Iran, including a possible nuclear strike. The verisimilitude of such deliberation is proved by the fact that the US President did indeed order to attack Iran, but later cancelled the order.

As for the possible death of millions of civilians, the agents provocateurs failed to take it into consideration, as they had done before. It would suffice to remember the atomic bombing of the civilians of Hiroshima and Nagasaki, the wide use of internationally outlawed chemicals (defoliants) in the whole territory of Vietnam, the use of depleted uranium shell heads in Iraq, the use of chemical weapons against the civilians of Al-Fallujah (Iraq) who dared to oppose the US occupants, 70% of whom were Iraqi women raped by the US fighters for democracy. This list can go on forever if we mention numerous other instances that took place in many countries of Latin America, Africa, Asia and Europe where the US conquerors left their traces.

Any sane person reading these lines would surely ask themselves: how is all this possible in our modern age? Is it some wild version of the Middle Ages when women used to be burnt at the stake, when rack and other instruments of torture were used to make a person captured by the Holy Inquisition confess that he was indeed a devil worshipper, a sorcerer, etc. However, if one knows a thing or two about the history of the US that finds itself in the backyard of the global civilization and moral development, it comes as no surprise.

The Mayflower ship that pulled in to the American shore on November 21, 1620 brought some 102 Pilgrims who later founded a new colony that later became the United States of America. However, the descendants of those Pilgrims account for less than 1% of the country’s population. And who were the others? At the time, European states trying to purge their lands of criminals would send convicts of all kinds to the American colony: murderers, thugs, rapists, thieves and other crooks.

One cannot help feeling that certain US establishment officials inherited these ill genetic qualities of their forefathers, which proceeded to shape their personalities and behaviour. This explains the urge to intimidate the rest of the world, to sack, to unlawfully capture other people’s property, and if they fail, then to destroy these others, just as their forefathers did with the Indian population, the lawful owner of the American land. Do you think they are ashamed of the instance when blankets contaminated with chickenpox were given to the Indians which resulted in the deaths of men, women and children? No, they are not only reluctant to pay compensation to their descendants, but also designing biological and other kinds of deadly weapons that would serve to kill millions of innocent lives.

True, for the moment, the White House is trying to show small concessions to Iran by conducting some kind of secret talks that are allegedly underway in the Oman Sultanate and Kuwait. Just like those medieval plunderers who, after failing to vanquish the guards of a rich caravan, would retreat to the desert with new forays in mind.

But why not have open talks, rather than secret ones, if they do not serve some malignant purpose?

The US call for parley are a ruse to make our country lay down her arms, said ayatollah Ali Khamenei, the Supreme Leader of Iran and the Islamic Revolution. “Talks are a ruse to get what they want. They say: lay down your arms so that I could treat you any which way I like. Is that talks?” said Khamenei. At the same time, the Iranian leader emphasised that the US authorities treat the Iranians unfairly by imposing harsh sanctions against them.

Are talks feasible? Not at the moment. However, Donald Trump has to hurry, the elections are due soon and he must be very successful in order to make a strong impression on the electorate. As for Iran, it has seen decades of barbaric sanctions since the Islamic Revolution of 1979, so if it has to tolerate them a bit longer, it will, but it would hardly ever bow and scrape before Washington DC. 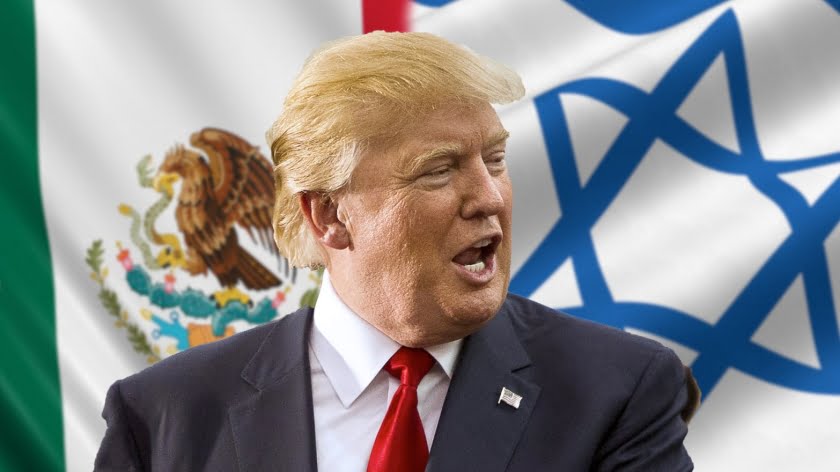 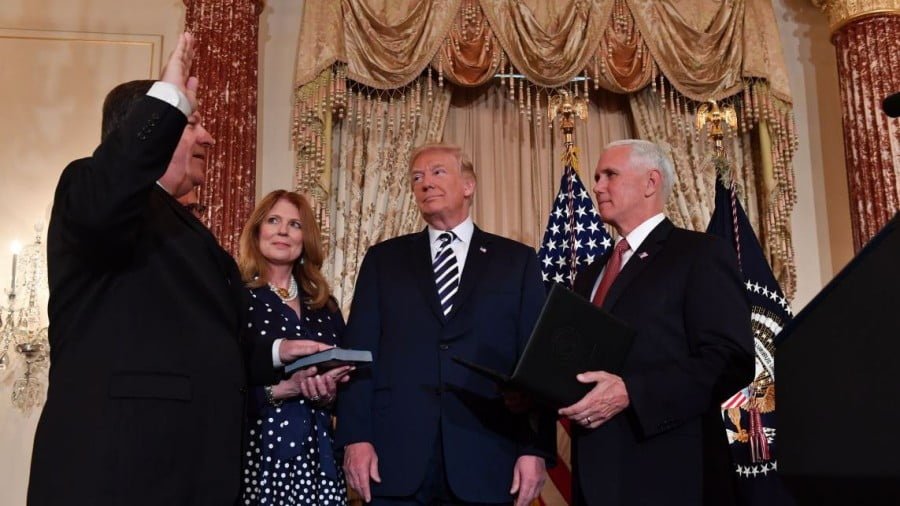 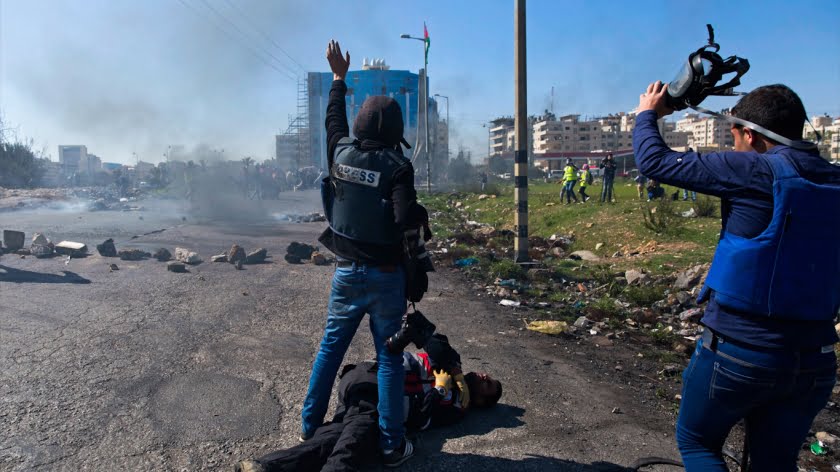 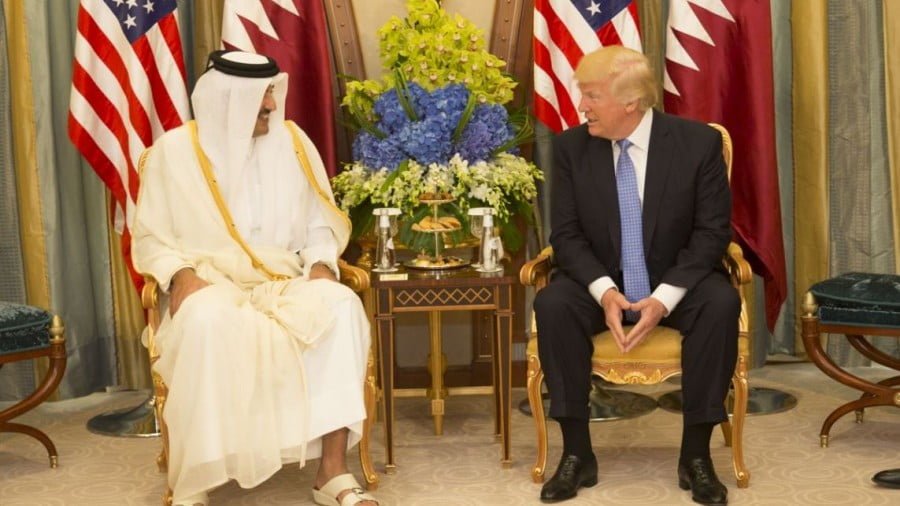 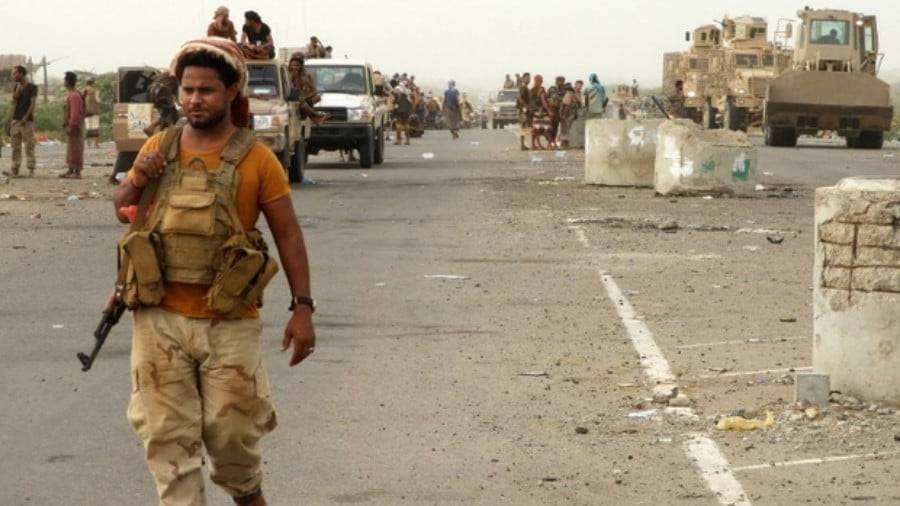 Are they on the verge of a historic triumph or a new national tragedy? It is tragic that throughout history it has been the Kurds’ fate to be deprived their own state, despite being one of the most populous nations on earth (numbering 30-40 million). Twice in the last century at the end of global…