The only monetary system in which government cannot manipulate a national currency is when the foundation of a country’s monetary system is that of sound money. In reality, this means a classical gold or silver standard as real money backing a state issued currency with the full legal availability of gold and/or silver coins for ordinary people should they wish to trade their redeemable paper for the actual money backing said paper.

Today’s Federal Reserve system is a textbook example of what not to do when it comes to manipulating currency. Not only is there nothing backing today’s federal reserve notes but rather than acting in a prudent and non-interventionist manner, the contemporary Fed is synonymous with monetary controls without having any real democratic accountability and without facing the kind of audit that a normal bank would have surely faced by now.

The results of the Fed’s currency manipulation techniques are far from theoretical – they have very real and very negative consequences for working class, middle class and retired Americans. The value of the dollar has plummeted vis-a-vis gold since 1971. As a result, property has increasingly become an asset in which to safeguard wealth in ways that it never was when the gold value of the dollar resulted in a comparatively stable currency, stable income and stable prices.

When one’s currency loses value (the true definition of inflation), wages are universally slow to catch up whilst the asset bubbles created by an increasingly worthless currency transform hitherto ordinary assets into extraordinary ones – the playthings for the super-rich. This process explains why in 1960s America, an ordinary family man with an ordinary job could purchase a three bedroom home (often without a mortgage) whilst also being able to pay for one or even two new cars in cash whilst for today’s young people such a situation is generally relegated to the stuff of dreams.

People have to work harder in order to earn dollars worth less whilst the basics of life including real property and private transport have become increasingly out of the reach of people in their first, second or even third jobs.

In this sense, one can see the very real damage that the 1971 decision to close the gold window has caused to American society. If anyone wonders why the so-called “1%” continue to get richer whilst ordinary people struggle, the reason also lies in currency manipulation. The Fed’s currency manipulation policies both directly and indirectly benefit the mega-rich whilst such moves are detrimental to everyone else.

Making matters more devious, the Fed also does its best to manipulate the price of gold. Whenever markets get jittery in respect of the dollar and people begin flocking to gold, the Fed begins a process of short selling gold futures, thus artificially bringing down the price of gold in relation to the dollar. Once the market is sufficiently flooded with gold futures contracts as a product of these short sells (often naked short sells), the Fed quietly snaps many of them back up at a low price. That being said, because gold is not directly controlled by any government, market forces always win out in the end when it comes to communicating the price of gold. As a result, the overall trend is that gold has steadily increased against the dollar since 1971.

Whether giving corporations free money straight off the printing press (aka stimulus) or allowing Wall Street to benefit in the short term asset bubbles caused by the Fed’s currency manipulation, there are many mega-rich people that have grown richer since the fundamental changes to the US economic system since 1971. If one truly wants a more equitable society without having to sacrifice economy liberty in the process, calling for a return of the gold standard is clearly the way to proceed.

Thus far, the word ‘China’ hasn’t come up in this discussion even though today’s headlines throughout the world report that the US has officially labelled China a currency manipulator. Although China is not on the gold standard, China’s managed float of the renminbi and its indelible link to the dollar (for better or worse) is actually a far more conservative monetary policy than that of the manipulation happy Federal Reserve.

As such, it is safe to say that the labelling of China as a currency manipulator is yet another weapon in a long politicised trade war that is designed more to put pressure on China than it is to relieve pressure on American consumers and businesses. Incidentally, if the US was on a gold standard and demanded international trade to be settled in gold, what China does to its onshore currency would have no effect on any future China-US trading deficits and or surpluses. Perhaps China knows this which explains why China continues to be one of the world’s largest sovereign purchasers of gold.

Now that the term “currency manipulation” is a hot topic, the term might as well be applied to the place that most appropriately deserves such an ignominious distinction. The Federal Reserve is the world’s worst currency manipulator and the sooner it is named, shamed, audited and shut down, the better it will be for the entire world.

The Birth of a Monster: The Federal Reserve

Five Financial Uncertainties of 2018 (So Far)

Central Banks ARE the Crisis 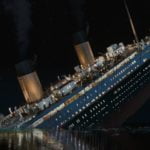 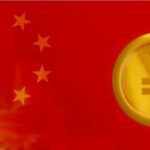