If Egypt’s Abdel Fattah el-Sisi had chosen an alternative career, it should surely have been the stage.

His was a sympathetic voice from military intelligence assuring both liberals and Islamists in Tahrir Square in January 2011 that the army was on their side.

His were the trembling hands and theatrical show of nerves, waiting in the wings in a side room of the presidential palace, while his bosses – then Mohamed Hussein Tantawi and Sami Anan – were being sacked as head of the army and chief of staff.

He played the silent and obedient servant at cabinet meetings to the president he was plotting to betray. All while he was waiting for the Saudis and the Emiratis to cough up $20bn for his coup.

When invoked by the masses to rid Egypt of Muslim Brotherhood rule, he became the “hero saviour” in June 2013. This honest general was not seeking power for himself, but took little encouragement to announce that he was the “candidate of necessity” for the presidential election.

Taking off a uniform and putting on a suit was just another change of costume.

As president, he went through at least three more personas: the doctor of philosophy who did not take a decision without seeking divine guidance first; the builder of grand projects like the expansion of the Suez Canal and new cities; the Pharaoh who told his people they would have to endure poverty.

Sisi’s role-play came to a crashing halt when another insider and actor piped up. It takes one con man to know another.

For three weeks Sisi’s image has been trashed by an insider turned whistleblower whose videos from self-exile in Spain have gripped and paralysed Egypt in turn.

Mohamed Ali is, by his own admission, no hero. One of only 10 contractors the army uses, he is corrupt. He also only left Egypt with his family and fortune because his bills had not been paid. Ali is no human rights campaigner.

He is Egypt’s version of Del Boy, the streetwise and aspirational market trader of the classic British television comedy Only Fools and Horses, albeit with a blue Ferrari rather than a yellow three-wheeler.

Listening to him is like hearing one tuk tuk driver slagging off another. But when he talks he talks the language of the street and the street listens to him. That’s Sisi’s problem.

Sisi was a “failed man”, a “disgrace”, a “midget” who uses make up and hitches his trousers up too high, Ali told Egypt. Sisi was a con man who lectured you on the need to tighten your belt while building palaces for his wife Intissar.

And let me tell you, Ali continued, exactly which palaces were built for them. Ali listed them: a luxury house in Hilmiya ($6m), a presidential residence in Alexandria ($15m), a palace in the new administrative capital, and another one in the new Alamein city west of Alexandria.

Revelations about Sisi’s palaces electrified a people plunged into poverty or teetering on the edge of it. A report published by the World Bank in April calculated that “some 60 percent of Egypt’s population is either poor or vulnerable”.

Around half the population now lives on or near the poverty line – which has deliberately been set higher in Egypt than elsewhere. According to Egypt’s own statistics though, the percentage of Egyptians living below the poverty line has risen from 25.2 to 32.5 percent since 2011.

Most Egyptians have seen their real incomes fall, while Egypt under its IMF-backed austerity programme is racking up huge foreign debts. It was $43bn during Morsi’s presidency. It is $106bn now. Seventy per cent of taxes now goes into paying these debts off. Internal debt is over 5 trillion Egyptian pounds ($306bn).

At this rate the economy is headed for bankruptcy.

Every Egyptian remembers the lectures Sisi gave them on the need to tighten their belts. When the IMF forced the state to reduce subsidies, Sisi’s response was: “I know that the Egyptian people can endure more… We must do it. And you’ll have to pay; you’ll have to pay,” Sisi said in one unscripted rant a year into his presidency.

Ali’s YouTube channel has done more in three weeks to destroy Sisi’s image than the Brotherhood, liberals and leftists have done in six years of political protest

Little surprise that when Ali, the spiv insider replies directly to this, everyone listens.

“Now you say we are very poor, we must be hungry. Do you get hungry? You spend billions that are spilt on the ground. Your men squander millions. I am not telling a secret. You are a bunch of thieves.”

Sisi’s response was to confirm everything that contractor Ali had been telling them. Worse still, he seemed to admit Ali’s information had had an effect on junior ranks in the army. “It is your right to know. To all elderly mothers who believe me and pray for me, I would like to tell them: your son is honourable, sincere and honest,” Sisi said.

“Yes, I have built presidential palaces, and will continue to do so. I am creating a new state; nothing is registered with my name, it is built for Egypt.”

Ali’s YouTube channel has done more in three weeks to destroy Sisi’s image than the Brotherhood, liberals and leftists, now all crushed as active political forces in Egypt, have done in six years of political protest.

To their credit the opposition did not crumble, paying for their stand with their lives and their freedom. To their shame the Egyptian people did not listen.

This time its different

Sisi has weathered storms before. He has despatched military or ex-military pretenders to the throne with ruthless efficiency: Mahmoud Hegazy, military chief of staff (sacked); Ahmed Shafiq (disgraced); Sami Anan (in prison).

He is currently on a pit stop in New York, being refuelled by Donald Trump’s effusive praise. “Egypt has a great leader. He is highly respected. He’s brought order, before he was here there was very little order – there was chaos – and so I am not worried about that at all,” Trump said responding to reports of disorder in Cairo.

Sisi thinks he can ride this out, as he has done challenges in the past. Hundreds of protesters have been arrested since last Friday.

So why is it different this time?’

Once again Egypt has been reunited by a tyrant

Firstly, Sisi has two options, a bad one and a worse one. The bad one is to ignore the protest and hope it will fizzle out. One look at who is doing the protesting should be enough to alarm him. These are ordinary Egyptians, mainly men over 40, who are politically unaligned, leaderless, and angry. These are the very people who supported him against the Brotherhood in 2013.

Sisi knows this, although when asked in New York, he clung to the illusion that political Islam is “trying to reach power in our countries”. Well which is it? Has he crushed the Brotherhood, as he claimed to have done, or not?

The second option is to clamp down, but this also is a death trap for Sisi. The initial demonstration in Tahrir Square in January 2011 was smaller than the ones that broke out in Cairo, Suez and Alexandria last Friday. They called for reform, not the overthrow of Hosni Mubarak. Last Friday, Sisi’s portrait was torn down. “Say it, don’t be afraid, Sisi has to leave!” they shouted on day one of this fresh revolt.

All that Sisi has managed to do in the interim is recreate the same conditions which fuelled the Arab Spring in 2011. Today’s conditions are, if anything, worse.

The second reason why this time it’s different is that the “opposition” is everybody – ordinary Egyptians, disaffected junior ranks in the army, Mubarak era businessmen. This is a wide coalition of forces. Once again Egypt has been reunited by a tyrant.

The third is that unlike 2013, Sisi’s bankers – Saudi Arabia and the UAE – have run out of cash for Egypt. Today each has its own problems and foreign interventions which are all turning sour – Yemen and Libya.

There was a telling moment when Sisi was in Baghdad earlier this year. According to inside reports , he surprised Iraqis with the language he used about his Saudi ally Crown Prince Mohammed bin Salman, Apparently ,Sisi could not stop swearing because MbS had not paid up.

What a contrast to the time when Sisi boasted to his chief of staff Abbas Kamil that the Gulf states “have money like rice”.

Not any more. The steam is running out of the counter-revolution.

The fourth is that popular protest is re-emerging as a driver for change across the region. We have seen it topple dictators in Sudan and Algeria. Both have learned the lessons of failed coups in the past and have so far managed the transition without surrendering the fruits of revolution to the army. This, too, has an effect on events in Egypt.

After six years of winter, the Arab Spring is up and running again. It’s a slow moving, but this time, I think, unstoppable. Will it be curtains for Sisi? It could well be his final act.

The Confrontation in the Eastern Mediterranean is Not Subsiding

Turkey Strengthens Its Position in Libya 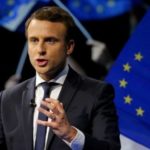