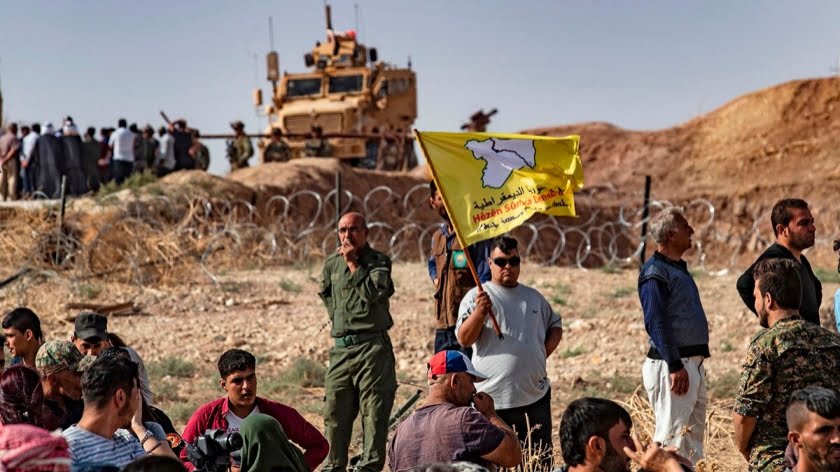 Big powers, as with the greatest of gangsters, have always had a certain, indulgent luxury; their prerogative is to make promises they can choose to abide by or ignore. A vision is assured, guarantees made. Then comes the betrayal. The small powers, often pimped in the process, can only deal with the violent consequences.

The United States has gone the way of other powers in this regard. On Monday, the White House announced that US troops would be withdrawn from the Syrian-Turkish border. At a press conference, President Donald Trump explained that the US had been in Syria “for a long time”. The stint was intended to be short; and besides, the US had, by and large, “defeated ISIS. One hundred percent of the caliphate.” (This point is confuted by the US Defence Department Inspector General.) Distinctly un-imperial sentiments were expressed. “We want to bring our soldiers home. These are the endless wars.”

Ankara, having been beating at the door impatiently for some for action to be taken against the Kurdish fighters who form the bulk of the Syrian Democratic Forces, has now been given what is tantamount to an encouragement: when we leave, do your worst. Trump, for his part, has made less than convincing overtures that any violent action on the part of Turkish forces against the Kurdish fighters will lead to an economic retaliation from Washington. In operational terms, Turkey has also been scratched from the roster of coalition air operations over Syria and limited in terms of receiving US intelligence.

Critics of the decision see the matter less in pro-Kurdish terms than in those benefitting US adversaries in the region. Russia, Iran and Syria’s President Bashar al-Assad, warned Senate Majority Leader Mitch McConnell (R-Ky), would be delighted as this “precipitous withdrawal”. Islamic State forces would also receive a boost of encouragement. For Senator Lindsey O. Graham (R-S.C.) Trump had made “an impulsive decision that has long-term ramifications” cutting “against sound military and geopolitical advice.”

The United States has, like a deep-pocketed sugar-daddy, funded, watered and encouraged agents, allies, entities and states in various global theatres, only to withdraw support at vital moments. The Kurds and Marsh Arabs, or the Ma’dan, were offered promises of support in 1991 in taking up arms against the Saddam regime. The more than heavy hint given was that Washington would put boots and vehicles on the road to Baghdad once the Iraqis were banished from Kuwait. Rebellions were started in anticipation.

The mission never went much beyond the issue of restoring Kuwait’s sovereign status. President George W. H. Bush felt that tic of restraint, the cold hand of geopolitical reason: to go further would inspire doom and possible quagmire, the US having previously received a most telling bruising in Indochina. The result of this cruel calculus was simple: Best abandon the promised. The result was massacre, with Iraqi forces mopping up with an efficiency unseen in its confrontation with Coalition forces.

The Kurdish story of abandonment and betrayal is historical staple. No mention was made of the Kurdish nation in the Treaty of Lausanne, which saw Britain and France deal with Syria and Iraq in artificial, jigsaw terms. Sects and tribes were jumbled. The ingredients for future conflict were mixed. Britain’s own great power contribution during the 1920s was to quash Kurdistan within the borders of Iraq. But it saw little trouble, at least initially, in recognising the Kurdish Republic of Ararat, as it was set up within the boundaries of a severely weakened post-Ottoman Turkish state. The Foreign Office, however, saw much value in Turkey as a geopolitical player. Britain duly repudiated its position, permitting Turkey to wipe that fledgling experiment from the map.

In time, the United States replaced European powers as the Kurds’ serial betrayers, and seemed to relish leading projects of autonomy down the garden path. Washington did not shy away from providing assistance to Iraqi Kurds during the rule of Abd al-Karim Qasim in the late 1950s. With Kassem’s overthrow in a 1963 military coup, support dried up. The US objective of having Kassem removed had been achieved, allowing the new order to liquidate Kurdish resistance.

In February 1975, the Village Voice published details of a covert action program supplying Iraqi Kurds with weapons and material that had run for three years costing $16 million. The aim was to turn the Kurds into a harassing force rather than a full blown autonomous unit. This took place despite strenuous objections from those within the Central Intelligence Agency, a body not always known for its cautious take on such matters, warning that thousands of Kurds would perish. As ever, the man behind the effort – President Richard Nixon – made sure that the State Department was left in the dark for a good time after the program had commenced.

Despite US approval of an Iran-Iraq agreement over the Shatt-al-Arab in 1975, the Kurds were purposely not informed about the political shift and encouraged to keep fighting. For the border dispute, Saddam got what he wanted: Iranian-US cessation of support for the Kurdish cause, resulting in the deaths of 35,000 and the creation of 200,000 refugees. Before the House Select Committee on Intelligence (also known as the Pike Committee), Nixon’s Iago, Henry Kissinger, was untroubled: “covert action should not be confused with missionary work.” The final report of the Pike Committee would not let this one pass. “Even in the context of covert action, ours was a cynical enterprise.”

The pattern of cold indifference, fed by hardened cynicism, continues through the 1980s. Few tears were shed in the White House over the use of nerve and mustard gas against the Kurdish populace of Halabja in March 1988. In fact, President Ronald Reagan, in the great US tradition of he’s-our-sonofabitch, made a point of ensuring that Iraq was not penalised by sanctions. In the 1990s, the Clinton administration separated its favourite, noble Kurds from their destabilising counterparts, the former a celebrated nuisance to Saddam; the latter a terrorist threat to Turkey, a US ally. In 2007, just to recapitulate the point, Turkey was allowed free rein to target Iraqi Kurds within a post-Saddam country.

The rise of Islamic State with its daft and dangerous caliphate pretensions had a seedling effect in northern Syria and Iraq: an incipient Kurdish independence movement throbbed in resistance. Turkey looked on, worried. But US support for the Kurdish resistance was premised on the continuing presence of Islamic State, and its eventual neutralisation. The defeat of its fighters, many of whom have found themselves in Kurdish custody, with their families in camps, gave Trump the signal to move US personnel out. While his sentiment on not feeding eternal wars is eminently sensible, the consequences of this decision make it just another betrayal, and another bloodbath in waiting. To the Kurds go the sorrows. 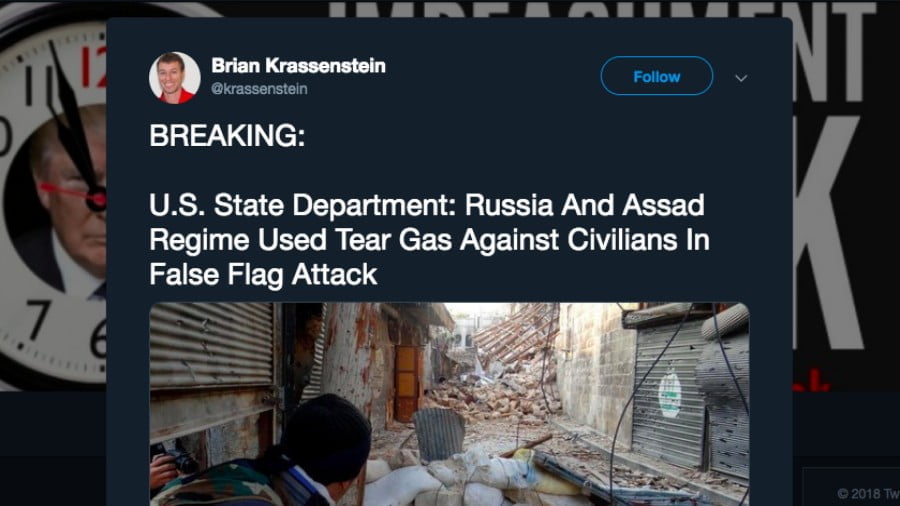 The US State Department has issued a statement accusing the Syrian government of having carried out a false flag chemical weapons attack in northwestern Aleppo with the intent to blame it on the jihadist factions in the region, citing “credible info” that the public has not been permitted to see. Never mind the known fact that there… 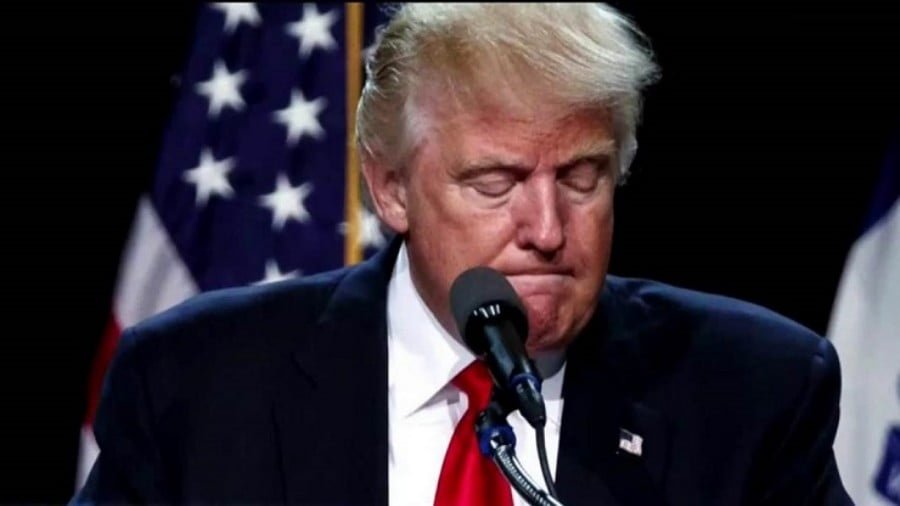 One has to wonder why terrorists like those who struck on Saturday night in London, and earlier in Manchester, launched their attacks now. It is difficult not to infer that their violence was timed to influence the UK election this coming Thursday. Those behind the attack – whether those carrying it out or those dispatching… 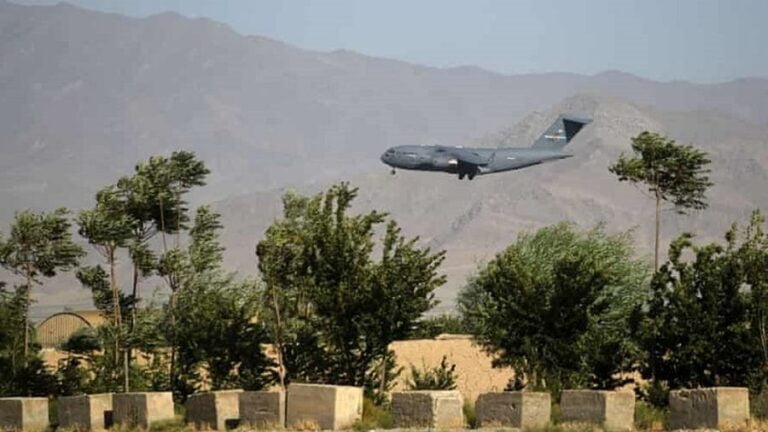 After twenty years of its occupation of Afghanistan, the US is walking away, or, to call things by their proper names, fleeing cowardly, frantically looking over their shoulder to avoid getting kicked again. Most likely, and this is quite obvious, the Taliban (banned in Russia) will return immediately to control essential areas of the country, smuggling…