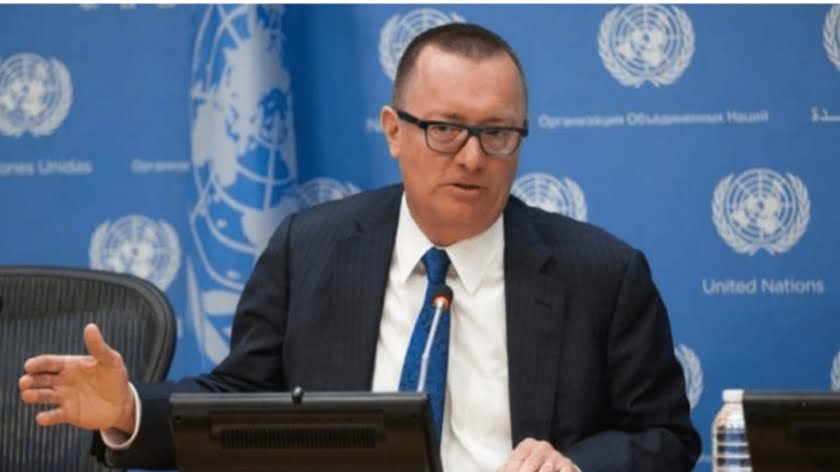 The testimony of former US Under Secretary of State and Ambassador to Lebanon, Jeffery Feltman to the US Congress created a storm in a teacup in Lebanon, even though in the US administration he no longer holds any official position. Feltman, who works for The Bookings Institution, presented his detailed knowledge based on close attention to events in Lebanon, particularly in the current context of the ongoing protests that hit that country. However, he falls short of fully understanding the situation. He expressed some wishful thinking in his reading of the events in Lebanon. He showed the complexity of the situation in the country, and advised Congress on how to “defeat Hezbollah and Iran in Lebanon” and how to “keep Syria, Russia and China from gaining a foothold in Lebanon”. However, his misreading of local dynamics and the power of Hezbollah actually serve Lebanon positively but only if, Congress gives credit to his words.

It is not unusual for the “Axis of the Resistance” (Iran, Syria, Iraq, Palestine, Hezbollah and Yemen) to allow misunderstandings and underestimations of its power to be pronounced without reaction or rectification. Iran, for instance, uses this method to show how hurtful are some of the procedures aimed at curbing its power, magnifying the effects, so that actors, particularly if they are a superpower like the US, believe its sanctions or methods are effective. President Donald Trump believed the Iranian regime would fall within months due to his most severe sanctions. And yet, the Iranian government is not hiding the effect of sanctions on its economy but instead is far from declaring its defeat, producing its yearly non-oil dependent budget, and is adapting to Trump’s economic punishment.

This approach – in the Axis of the resistance’ understanding – convinces the actors to avoid adding more harsh measures and may satisfy the US administration or its Middle Eastern partners, blurring the reality. Israeli Prime Minister Benyamin Netanyahu, for instance, has been bragging about his efficiency in intercepting all weapon supplies to Hezbollah by bombing shipments travelling from Syria to Lebanon. Yet he is the first to acknowledge that Hezbollah has received the latest precision and most accurate missiles from Iran, via Syria, adding lethal firepower to its 150,000 missiles and arsenal.

During his testimony, the former US diplomat praised and magnified the role of the Lebanese Army in defeating al-Qaeda and the “Islamic State” on the borders between Lebanon and Syria. His view (even if somewhat distant from reality) might serve to soften the harsh stance of the US that has aimed in recent years to impoverish Lebanon. But it was Hezbollah that defeated the jihadists, and not the “orphan” 12 hellfire missiles conditionally given by the US to the army and the army’s limited participation in occupying spots cleared of Jihadists by Hezbollah during its advance. The Lebanese Army losses were caused by a vehicle stepping on a sideroad mine left behind by the jihadists.

If the US administration believed Hezbollah could be defeated by the Lebanese Army, and that a healthy Lebanon is necessary to curb Hezbollah’s influence, that could only have positive repercussions for the country. However, Feltman’s wishful thinking is in a different category from the US plans to impose further sanctions on Lebanon. Not because there are within the US decision-makers who are cleverer than Feltman, but because the Trump administration is largely manipulated by Israel’s desire to bring Lebanon to its knees and in consequence impose more sanctions on the Shia and on Christians, all classified as Hezbollah’s allies.

Feltman erroneously claimed that the “civil war is the expression of Iran’s influence”. His analysis of Hezbollah and Iran’s influence is off track. Iran – which forces stepped in Lebanon following the Israeli invasion in 1982 and not when the civil war flared up in 1975 – wants Lebanon and Iraq to be stable because any civil war will distract Iran’s partners from the main objectives: solidarity among all members of the Axis of the resistance to stand against their common enemies, deterrence against Israel, and support for the Palestinian cause.

Feltman, a knowledgeable former US diplomat (by contrast with other officials within the US administration) still wrongly believes Syrian hegemony is a possible scenario to be repeated in Lebanon. The relationship between Syria and its allies in Lebanon, particularly Hezbollah, has changed. For many years now President Bashar al-Assad is no longer directly engaged in Lebanese politics, although Lebanon remains very important for Syria due to security, commercial and neighbourhood factors. Although there are many Lebanese still visiting Damascus, however, Assad understands that Lebanese politicians are divided and that the “Axis of the resistance” is strong enough to prevent hostile behaviour against Syria.

In Lebanon, Hezbollah never controlled or enjoyed the support of all the Shia. Even its close partner the Amal movement – although not unfriendly to Hezbollah – competes with Hezbollah for influence in the south of Lebanon and within all institutional positions allocated for Shia. There are many Lebanese Shia who are declared enemies of Hezbollah. This phenomenon is not widespread but not uncommon. Still, Hezbollah has the support of the majority of the Shia due to its protection to its allies among the Christian minorities from jihadists, its deterrent role against Israel’s aggression and plans to annex more Lebanese (land and water) territory.

Protestors in Lebanon have hit the streets for less than 40 days to protest against poor public services, the mismanagement of economic resources and the corruption of all political leaders currently in power. However, the crisis deepened when it became clear that no government will be formed anytime soon. Caretaker Prime Minister Saad Hariri wants to accommodate the US wish to exclude Hezbollah and its Christian partner the “National Patriotic Movement” in a technocrat cabinet, and have a free hand in appointing any minister in the future government – even though he controls only 21 out of 128 MPs while his political opponents hold the majority of the Parliamentary seats (more than half) – and who refuse to be excluded.

Hariri is not exempt from corruption but is trying to ride the horse of reforms. His political opponents insist on re-nominating him as Prime Minister so that he will assume responsibility for corruption during his father’s rule before him and his handling of the many governments he led after his father’s assassination. His supporters were pushed on the streets to contribute by closing main roads in Lebanon: a signal aiming to put pressure but which contributed to crippling the country.

In less than two months of a road closure, Lebanon has lost around $2 billion worth of economic exchange and commerce. Its currency has devaluated 33% to the dollar in the black market.

Only in the last week, the Lebanese Army took the decision to keep all main roads open, avoiding a possible escalation of the situation. The Shia cities and main axis linking Beirut to the south of Lebanon and to the Bekaa Valley had been closed for many days. Such a situation was just about to trigger a reaction that could have taken the country to a dangerous state.

Lebanon is on the verge of total bankruptcy. There is no longer any trust in the Lebanese Lira, nor in the banking system. The US (is withholding for now) support – unrelated to its financial crisis – for the Lebanese Army in the amount of $105 million dollars doesn’t even cover a small part of the country’s $85 billion dollars deficit.

Only China and Russia, the countries Feltman fears most, can bring financial hope to Lebanon. China has invested in Haifa harbour with a 25-year contract to expand its shipping capability, and in modernizing electricity power plants and public transport in Israel, spending $12.19 billion between 2005 and 2019.

China has signed a contract with Iraq to develop and complete 80 oil wells in the giant Majnoon Basra oil field at $54 million and another contract to drill 43 oil wells at $255 million to increase oil production rates to 400,000 barrels per day. It has signed a contract of $1.39 billion for housing, education and medical care for projects in Najaf, Karbalaa and Basra. The trade volume between Iraq and China surpassed $30 billion in 2017. China imports $20 billions of crude oil from Iraq every year, with a 10% increase in trade, rising every year.

Unlike Israel, the US’s top partner, Lebanese pro-US politicians are very sensitive about hurting Washington and therefore reject any Russian donation or important economic deals with China even though they could boost the crumbling Lebanese economy.

The fragility of the political and economic equilibrium in Lebanon contains danger signals which are a warning of possible financial disintegration. The US administration behaves like a bull in a china shop in the Middle East, imposing sanctions indiscriminately but obtaining little in return. Its aggressive and arrogant decisions are making enemies for Trump and feeding the US’s misunderstanding of Middle Eastern dynamics. Iran, Lebanon, Iraq, Yemen and Syria are the most obvious examples of where the Trump administration is “shooting in the water” and thereby significantly contributing to the success of Iran and its allies. Now Trump’s “policies”–identified as “the biggest source of global instability” – are making room for Russia and China to be present in more and more countries of the Middle East. 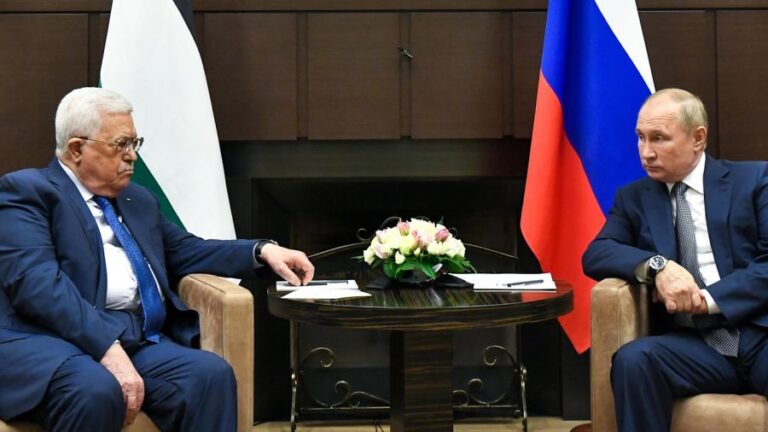 A new global geopolitical game is in formation, and the Middle East, as is often the case, will be directly impacted by it in terms of possible new alliances and resulting power paradigms. While it is too early to fully appreciate the impact of the ongoing Russia-Ukraine war on the region, it is obvious that… 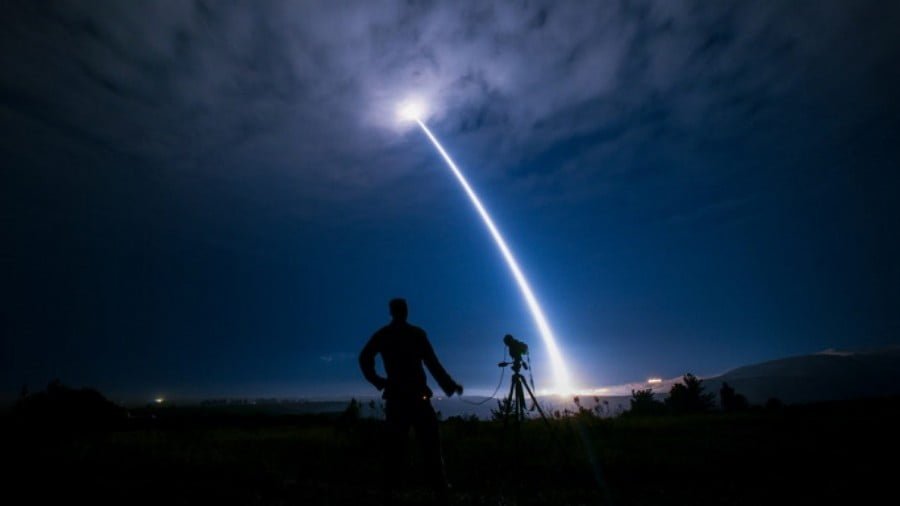 Throughout history, when it came down to international struggle, opposing sides would always seek for means to gain an advantage over the enemy. On top of improving combat readiness and tactics, there has been a countless amount of instances when states tried to drug their troops for them to prevail on the field of battle…. 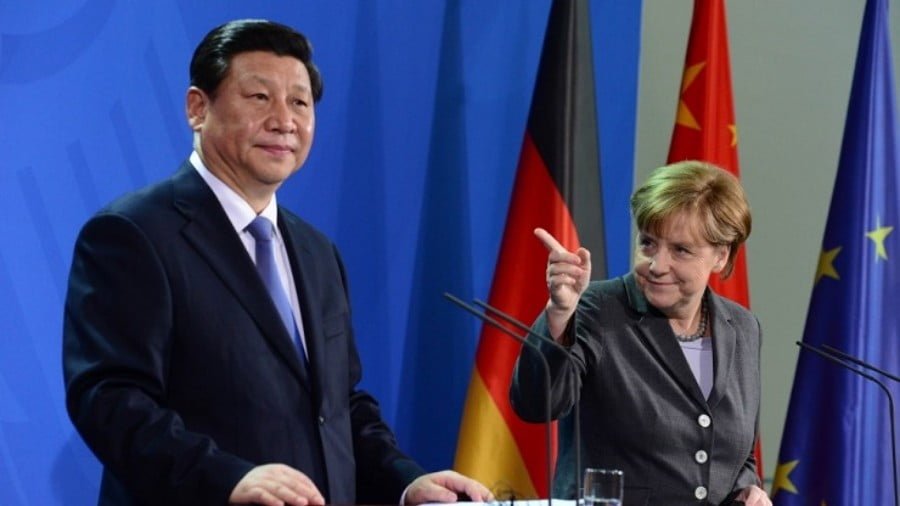 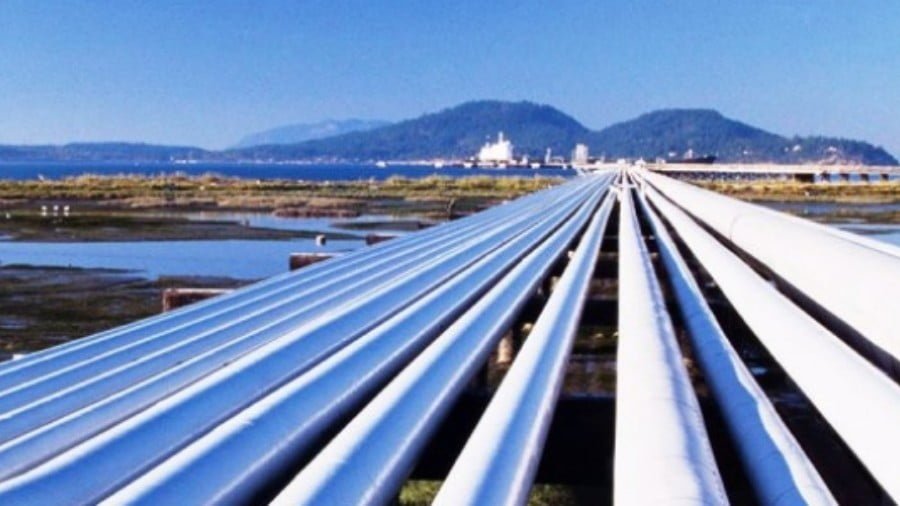