In the Australian media they have in recent weeks being waging an information war against China. One recent illustration of this was the publicity given to a Chinese defector. He was presented in the media as a former senior official in China’s spy agency who had carried out a number of activities in East Asia on behalf of China.

That he was only 26 years old at the time of his giving this information to the Australian authorities from whom he was seeking asylum, and that his activities supposedly occurred years earlier when he was barely 22 years old should have raised alarm bells in the Australian media.

So excited were the media with his supposed revelations of Chinese security misdeeds that their ordinary powers of scepticism were completely suspended. It did not apparently occur to the media to ask some simple questions. For example, how was it possible or likely that such senior responsibilities would be vested in a very young man with no obvious relevant history or talents.

The Chinese government denounced him as a fraud and someone unknown to the security services. The most startling revelation however was that this young man far from being a Chinese James Bond was in fact a common thief. At the time of some of his alleged feats of espionage on behalf of China he was in fact languishing in prison serving a sentence for crimes of dishonesty.

There the story would have ended, except that it may more properly be seen as part of a sustained anti China campaign being carried out by the Australian media and selected politicians. Two of the latter, prominent right wing members of the ruling party, were recently refused entry visas to China because of their blatant anti-China activities and statements.

That such an anti-China campaign should be waged at all is at first glance very surprising. China is Australia’s largest destination for exported goods, nearly three times the value of exports to Japan, Australia’s next largest trading partner.

Why then would Australia engage in a campaign of vilification aimed at the country which is its greatest source of income and prosperity by a significant margin?

The answer to this conundrum may be found in recent Australian history. Prior to the fall of Singapore to the Japanese army in late 1941, Australia had looked to the British, its colonial master, as the main plank of its security.

The rapid fall of Singapore profoundly affected Australia’s strategic thinking. Allegiance was rapidly switched to the Americans and there it has remained ever since. That may have been a pragmatic choice in 1941 and for some decades immediately after the end of World War two.

The world has radically changed in the past two decades however, and foremost among those changes has been the revival of China to its historical role as not only the dominant regional power, but also a profound factor in a wider geopolitical landscape.

The Australian reaction to these profound changes whoever can perhaps best be characterised as ambivalent. Clearly, it enjoys and has massively benefited from the economic rise of China. There has been no corresponding adjustment however in its strategic or defence thinking. There are a number of ways in which this ambivalence and or denial of changing realities has manifested itself.

One example is its mental approach. Although Asia accounts for eight of Australia’s ten largest trading partners, and geographically sits at the southern boundary of Asia, its mentality and cultural impulses are still relentlessly European and North American. The changing nature of its immigration patterns, with Asia now the largest source of new migrants may help change that.

A second example is Australia’s reluctance to engage significantly with the huge and profoundly important geopolitical and geoeconomic developments occurring within its region, of which the Chinese led Belt and Road Initiative is the most important, but far from only example.

There are now more than 150 nations and organisations that have signed memoranda of understanding with China, so Australia’s reluctance and ambivalence is increasingly seen as not only odd, but counter-productive.

Instead, Australia has promoted what can only be described as an odd alternative, a four nation grouping of itself, plus the United States, Japan and India.

The United States is never likely to join the Belt and Road Initiative for a host of reasons, not least its self perception, deluded as it is, as the dominant exceptional nation in the world. Japan’s membership of the quartet is an illustration of Japanese pragmatism. It is fully aware of the geographical realities and the significance of a large United States military presence, the latter being a hindrance rather than a help to its future.

India is another complex case. It has joined (with Pakistan) in the Shanghai Cooperation Organisation, potentially the most significant geopolitical grouping in the wider region, but has resisted joining the Belt and Road initiative, primarily because of its ambivalent relationship with China. Geopolitical and economic realities will gradually erode that reluctance.

Overall, that makes this quad of nations a decidedly odd grouping whose contradictions in my view far exceed their commonalities.

What these developments point to in Australia’s case is a future of uncertainty and ambivalence. It is going to have to decide, and sooner rather than later, where its true interests lie. At the moment the overwhelming inclination is to cling to the United States alliance, although it is increasingly difficult to perceive real, as opposed to imagined, benefits.

In my view, geography, trade and the changing migration patterns will impose a compelling logic that Australia will not be able to resist. Translating that reality to geopolitical and economic action will not however, be easy and many fraught months lie in wait. 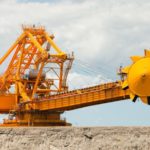 China-Australia Relations are Deteriorating Fast, and It’s Canberra’s Loyalty to US and Hostility to Beijing That’s to Blame
Opinion
AustraliaChina