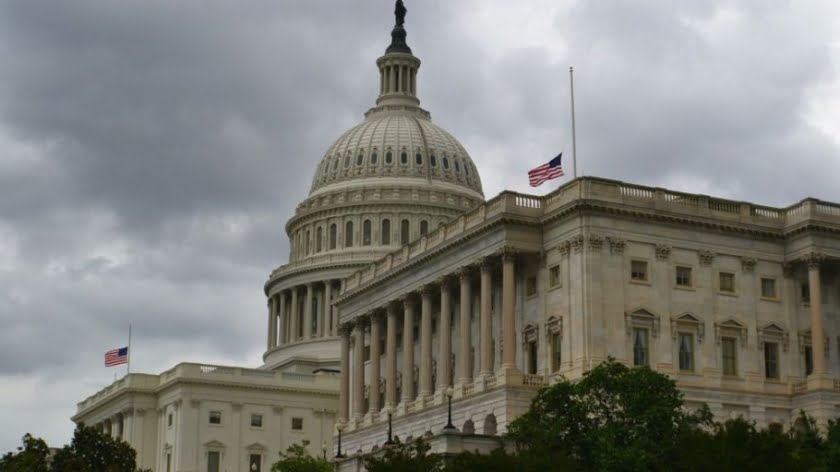 For months Western media outlets have been retailing stories about riots in Hong Kong. With lip-smacking relish there have been such reports as “On October 1, China’s National Day, the first live round to hit a protester was fired by riot police pursued by protesters in the distant suburb of Tsuen Wan.” Unfortunately for the anti-China zealots in the US and Europe there were no deaths of rioting students, except one “who fell from a parking garage during a police dispersal operation… escalating tensions between police and the public that have been increasingly strained over the months of worsening violence.” The two incidents in which rioters were shot by policemen made Western headlines.

On October 15 the US House of Representatives voted unanimously for a Bill that “addresses Hong Kong’s status under US law and imposes sanctions on those responsible for human rights violations in Hong Kong” and on November 16 the Senate moved “to expedite passage of a bill that would open a path to sanctions against those seen to be eroding freedoms in the Chinese territory.”

(On November 29 the BBC reported that when Hong Kong police entered the Polytechnic University “they found 3,989 petrol bombs; 1,339 explosive items; 601 bottles of corrosive liquids; and 573 weapons” but there will be no criticism by Congress about this arsenal. US legislators apparently consider that petrol bombs intended to incinerate policemen do not violate human rights, providing they are thrown by those in mobs rioting against China.)

US domestic legislation criticising China is gross interference in the internal affairs of a sovereign nation, but Washington’s finest are curiously selective about the countries they want to punish. Given the size of the majority votes in both Houses, President Trump had no option but to sign the bill into law on November 27, thereby further complicating US-China relations and failing to benefit one single US citizen.

In the same period as the Hong Kong riots there was continued chaos in Iraq, not only involving the usual barbaric violence of car bombs and drive-by shootings, but extending to slaughter of civilian demonstrators by military forces. On November 25 it was reported that “Thirteen anti-government protesters have been killed by Iraqi security forces in one of the worst days of clashes in the country’s south. Demonstrators outraged by rampant government corruption and poor services burned tires and blocked main road arteries. Seven protesters were killed in the southern province of Basra when Iraqi authorities used live fire and tear gas to disperse them, security and hospital officials said.”

Strangely, there wasn’t a word of protest about the Iraq carnage from any of those in Washington who are so supportive of human rights, although US legislators had been extremely vocal about the Hong Kong riots, with, for example, Republican Senator Marco Rubio declaring on November 19 that the anti-China Bill “is an important step in holding accountable those Chinese and Hong Kong government officials responsible for Hong Kong’s eroding autonomy and human rights violations.” He was echoed by Democrat Senator Chuck Schumer who berated President Xi and told him that “You cannot be a great leader and you cannot be a great country when you oppose freedom, when you are so brutal to the people of Hong Kong, young and old, who are protesting.”

Then on November 27, the day Trump signed the anti-China Bill into law, the US military issued a statement that “Chairman of the Joint Chiefs of Staff General Mark Milley met with Iraqi Joint Headquarters Chief of Staff General Othman Al-Ghanimi today in Baghdad, Iraq. The senior leaders discussed the vital strategic partnership between the US and Iraq and the current security environment throughout the Middle East. The partnership between the United States and Iraq is a crucial element to peace and security in the Middle East region.”

While the Generals were discussing security, Reuters reported that Iraqi forces “shot dead more demonstrators. In the holy city of Karbala they used live ammunition against protesters, killing two overnight. Two more were killed in clashes near Ahrar Bridge in Baghdad. Near Basra one protester died of wounds from gunfire, police and medics said, bringing the toll since unrest broke out on October 1 to 344 people dead nationwide.”

Rioting in Iraq began on the same day that in Hong Kong the “first live round to hit a protester was fired by riot police pursued by protesters,” which gave rise to heated anti-China diatribes in the US Congress. But the two most senior military commanders of the US and Iraq had nothing to say publicly about the hundreds of Iraqis killed by soldiers of their own national armed forces.

US forces invaded Iraq in March 2003 with the stated aims of “disarming the country of weapons of mass destruction, ending Saddam Hussein’s support for terrorism and freeing the Iraqi people from his repressive regime.” As we know — and many of us wrote at the time — there were no weapons of mass destruction and Saddam did not support terrorism, although there is no doubt his regime was oppressive, and often brutally so. However, the main long-term objective, according to GW Bush, was to “help you to build a new Iraq that is prosperous and free… we believe the Iraqi people are deserving and capable of human liberty. And when the dictator has departed, they can set an example to all the Middle East of a vital and peaceful and self-governing nation.”

But now it is evident that “millions lack access to adequate healthcare, education, clean water and electricity, with much of the country’s infrastructure in tatters.” The thousands who have taken to the streets in protests were subjected to “poverty, rampant corruption, unemployment and crumbling public services.” The country is a heaving shambles, thanks to the Bush war, but a Congressional delegation that visited in early November could only “express their support for the efforts made by the Iraqi government to respond to the legitimate demands of the Iraqi people.” When Vice-President Pence visited US troops at a base in Iraq on November 23 he didn’t meet any Iraqis and merely spoke on the phone with the prime minister who “assured me that they were working to avoid violence or the kind of oppression we see taking place even as we speak in Iran. He pledged to me that they would work to protect and respect peaceful protesters as part of the democratic process here in Iraq.”

There has been no criticism from the White House or Congress concerning the killing of hundreds of Iraqi civilians by their own government’s troops. There were no threats of sanctions and no legislation enacted on the basis of countering the “erosion of freedoms” — nothing except expressions of support for the Iraqi government whose prime minister has now resigned.

There is the smell of death in the streets of Iraq — but the stink of hypocrisy in Washington. 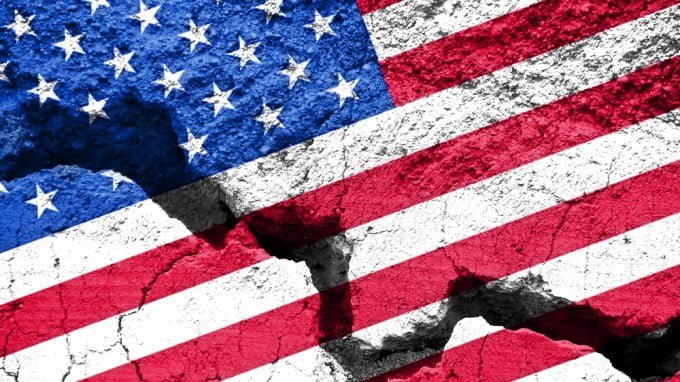 Donald Trump is president today because he was seen as a doer not a talker. Among the most common compliments paid him in 2016 was, “At least he gets things done!” And it was exasperation with a dithering GOP Congress, which had failed to enact his or its own agenda, that caused Trump to pull…