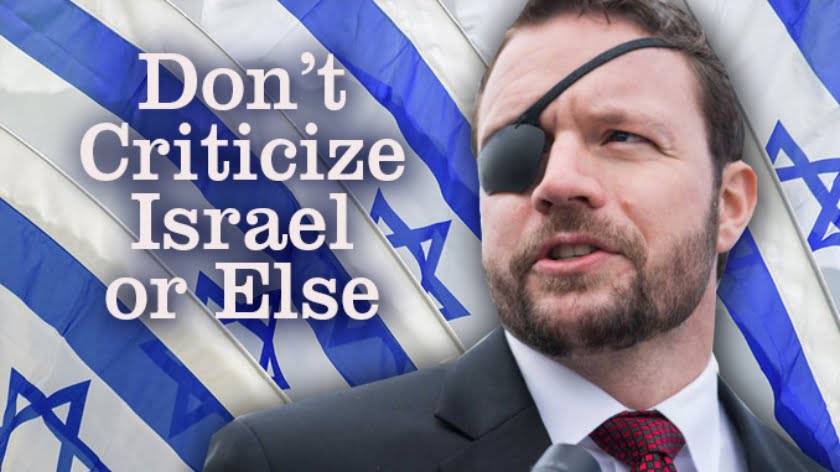 One subject that congressmen and the mainstream media tend to avoid is the erosion of fundamental liberties in the United States as a consequence of the war on terror and American involvement in the Middle East. Some of America’s legislators apparently do not even understand that freedom of speech actually means that one can say things that others might find distasteful. The assault on freedom of speech has been accelerated through the invention of so-called “hate speech,” which has in turn morphed into “hate crimes” where punishments are increased if there is any suggestion that hatred of groups or individuals is involved. Some have rightly questioned the whole concept, pointing out that if you murder someone the result is the same whether you hate your victim or not.

Freedom of speech is particularly threatened in any situations having to do with Israel, a reflection of the power of that country’s lobby in the United States. At a recent town hall gathering, Rep. Dan Crenshaw (R-Texas) demonstrated how he and his colleagues run and hide whenever the issue of Israel is raised when he would not respond directly to a question over whether any criticism of Israel should or should not be protected under the First Amendment. Crenshaw is a Republican and generally reliably conservative, though he recently spoke out against the “For the People Act of 2019,” which he claimed “would limit free speech dramatically.”

A constituent specifically asked Crenshaw’s opinion about federal laws that require citizens in some states to sign a pledge that they will not boycott Israel if they wish to get government contracts or obtain a government job. The audience member also mentioned a law passed in Florida that bans anti-Semitism in public schools and universities, defining “anti-Semitism” as criticism of Israel. The constituent observed, “These laws are obviously flagrant and troubling violations of the First Amendment to free speech.”

“Will you honor your oath and denounce these laws here, now and forever?” Crenshaw was then asked. Crenshaw quickly fired back that the critic was “cloaking yourself in the First Amendment” to enable engaging in “vehement anti-Semitism.” Crenshaw then asserted that the questioner was “advocating the BDS movement,” a recent target of much of the legislation that the critic was addressing.

BDS refers to the Boycott, Divestment, and Sanctions movement, which calls on people to protest Israel by pulling investments from and boycotting the country.

Israel is engaged in what might be described as a war with the objective of driving any and all criticism of the Jewish state out of polite discourse, making it illegal wherever and whenever possible. The Knesset has passed legislation criminalizing anyone who supports BDS and has set up a semi-clandestine group called Kella Shlomo to counteract its message. The country’s education minister has called BDS supporters “enemy soldiers” and has compared them to Nazis. Netanyahu has also backed up the new law with a restriction on foreigners who support the BDS movement entering the country, including American Jewish dissidents, several of whom have been turned around at the airport and sent home.

Israel has been particularly successful at promoting its own preferred narrative, together with sanctions for those who do not concur, in the English language speaking world and also in France, which has the largest Jewish population in Europe. The U.S. government under Donald Trump is completely under the thumb of the Israeli prime minister’s office, with Secretary of State Mike Pompeo recently saying “our major focus is stamping out anti-Semitism.”

Sanctions already in place in Europe consist of fines and even jail time. The legal penalties come into play for those criticizing Israel or questioning the accuracy of the accepted holocaust narrative, i.e., disputing that “6 million died.” Even attacking specific Israeli government policies, like its slaughter of Palestinians in Gaza every Friday, can be found guilty of anti-Semitism, which is now considered a hate crime in Britain, France, Germany, and, most recently, the Czech Republic. In Britain, where the Jewish lobby is extremely strong, a law passed in December 2016 made the UK one of the first countries to use the definition of anti-Semitism agreed upon earlier in the year at a conference of the Berlin-based International Holocaust Remembrance Alliance (IHRA).

A statement from the British prime minister’s office at that time explained that the intention of the new definition was to “ensure that culprits will not be able to get away with being anti-Semitic because the term is ill-defined, or because different organizations or bodies have different interpretations of it.”

The British government’s own definition relies on guidance provided by the IHRA, which asserts that it is considered anti-Semitic to accuse Jews of being “more loyal to Israel or their religion than to their own nations, or to say the existence of Israel is intrinsically racist.” In other words, even if many Jews are more loyal to Israel than to the countries they live in and even though Israel is in fact intrinsically racist, it is now illegal to say so in Great Britain.

One should not be surprised, as the British government’s subservience to Jewish and Israeli interests is nearly as enthusiastic as is government in the United States, though it is driven by the same sorts of things—Jewish money and Jewish power, particularly in the media. A majority of Conservative Party members of parliament have joined Conservative Friends of Israel, and the Labour counterpart is also a major force to be reckoned with on the political left.

Here in the United States, the friends of Israel appear to believe that anyone who is unwilling to do business with Israel or even with the territories that it has illegally occupied should not be allowed to obtain any benefit from federal, state or even local governments. Constitutional guarantees of freedom of speech and association for every American are apparently not valid if one particular highly favored foreign country is involved, as the discussion with Crenshaw reveals.

Twenty-seven states now have laws sanctioning those who criticize or boycott Israel. And one particular pending piece of federal legislation that is regularly re-introduced into the Senate would far exceed what is happening at the state level and would set a new standard for deference to Israeli interests on the part of the national government. It would criminalize any U.S. citizen “engaged in interstate or foreign commerce” who supports a boycott of Israel or who even goes about “requesting the furnishing of information” regarding it, with penalties enforced through amendments of two existing laws, the Export Administration Act of 1979 and the Export-Import Act of 1945, that include potential fines of between $250,000 and $1 million and up to 20 years in prison.

Israel, and its friends like Crenshaw, are particularly fearful of the BDS movement because its non-violence is attractive to college students, including many young Jews, who would not otherwise get involved on the issue. The Israeli government clearly understands, correctly, that BDS can do more damage than any number of terrorist attacks, as it represents a serious critique of the behavior of the Jewish state while also challenging the actual legitimacy of the Israeli government and its colonizing activity in Palestine. Much of the current hate crime legislation in places like Germany and the Czech Republic directly targets BDS, stating specifically that it is “inherently” anti-Semitic. In late July, the House of Representatives overwhelmingly passed its own resolution condemning BDS explicitly in a 398-to-17 vote.

Going hand-in-hand with the condemnation of BDS is a drive to maintain the exclusivity of Jewish suffering. In June, when Rep. Alexandria Ocasio- Cortez (D-N.Y.) called border detention centers holding asylum seekers “concentration camps,” she was inundated with protests from Jewish groups that claimed she was denigrating the holocaust and “insulting victims of genocide.” The United States Holocaust Memorial Museum even published a statement objecting to comparisons between “the holocaust and other events.”

It is important for Americans to realize that Israel not only spies on the U.S., digs its paws deep into our Treasury, and perverts Washington’s Middle East policy, it is also attempting to dictate what we the people can and cannot say. And Congress and much of the media are fully on board, which is the real tragedy. 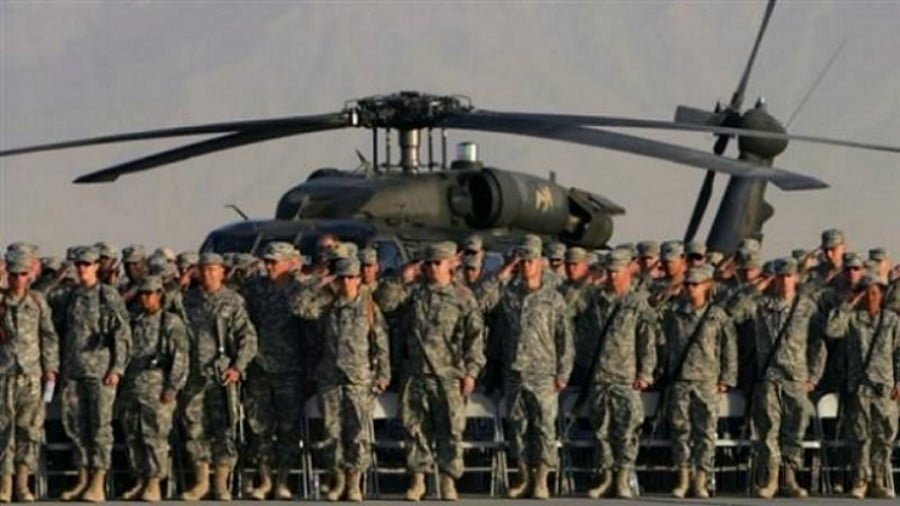 Today Iran’s supreme leader Ali Khamenei gave his first Friday sermon in Tehran for eight years to an audience of thousands, as he tried to calm down the furious public reaction to the Revolutionary Guards mistakenly shooting down a Ukrainian plane carrying 176 passengers, then proceeding to lie about their responsibility for three days. Khameinei… 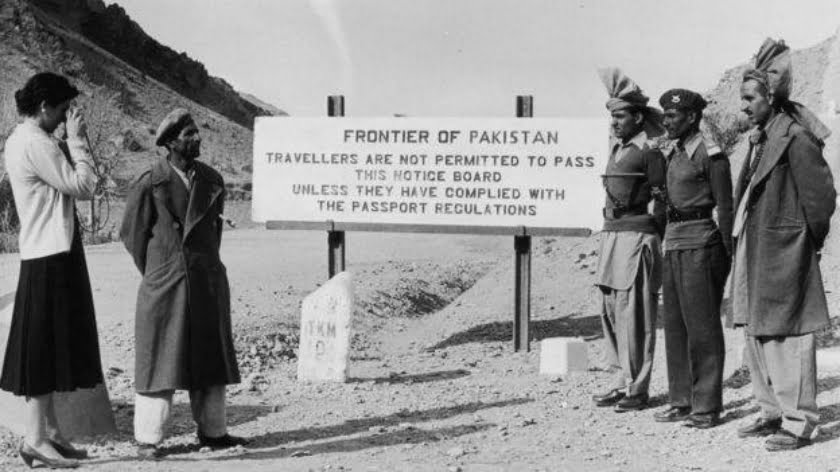 It may seem counter-intuitive to claim that a perennially failed state with illogical borders, an ethno-demographic ticking time bomb for a population and a traditionally ungovernable periphery as the primary enemy of a nuclear armed and exponentially militarily superior neighbouring state. But in the case of the failed state of Afghanistan’s relationship with nuclear Pakistan,…

In the early 1990s, Senator Patrick Moynihan campaigned for the abolition of the CIA. The brilliant campaigner thought the US Department of State should take over its intelligence functions. For him, the age of secrecy was over. In a New York Times opinion piece, Moynihan wrote: For 30 years the intelligence community systematically misinformed successive…