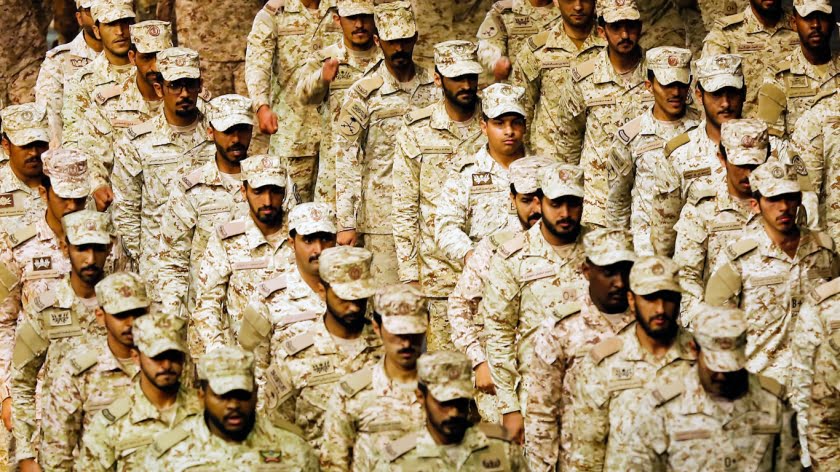 The attack on U.S. Naval base in Florida exemplifies the harsh reality of life in Yemen where Saudi pilots routinely kill “nonbelievers” according to an extremist Salafi ideology that serves as the central building block of the Saudi government, and by extension, the Saudi military.

With a cracked skull, a ruptured intestine and severed foot, 35-year-old Meshal Ali Saeed, a Yemeni father, died in a shabby Sadaa hospital on Sunday. His injuries were caused by a bomb dropped by a Saudi pilot in a crowded residential area in the district of Shada in Sadaa province near Yemen’s border with Saudi Arabia, where Meshel, a farmer, lived. Meshel was one of the dozens killed immediately or wounded in the attack, the latest casualties of the Saudi Air Force in the Arab world’s poorest country.

Mohammed Alshamrani, a 21-year-old second lieutenant in the Saudi Air Force called the United States a “nation of evil” before carrying out a mass shooting at a U.S. Navy base in Florida, killing three people, including a Yemeni-American trainee, and injuring eight more before being shot dead by police.

The shooting incident at a naval base in Florida has sparked angry reactions amid Yemenis who have asked the United States to reconsider supplying U.S.-made bombs, warplanes, and training programs to Saudi Arabia. The United States, they said, is now drinking from the same glass that thousands of Yemenis have been drinking since 2015 when the war on Yemen began.

32-year-old Shrog Khalid, whose daughter was killed when a Saudi pilot dropped a U.S.-manufactured and supplied bomb on their family home in al-Jeraf district in Sana’a in 2015, said, “as the tragedy reaches American families, we hope their country will feel our suffering caused by their weapons and Saudi pilots trained in U.S. bases.” Shrog still has fractures in one of her legs from the bombing.

According to a recent report by the Intisaf Organization for Women and Children Rights, Saudi pilots, along with their coalition partners, have killed and wounded at least 7,500 children in over 1,700 days, leaving more than 800 children disabled and 8,000 others suffering from multiple types of psychological and neurological conditions according to Yusef al-Hadhari, a spokesman for Yemen’s Ministry of Health.

Amnesty International warned in a recent report titled, “Yemen: War and exclusion leave millions of people with disabilities in the lurch,” of the increasingly dire situation faced by the millions of people living with disabilities in Yemen. The report called on the international community to address the suffering of at least 4.5 million disabled Yemenis amid the bloody Saudi-led war.

Yemen’s Ministry of Health says that around three million children under the age of five are also suffering from malnutrition, 400,000 of whom are suffering from severe malnutrition and are at risk of death every ten minutes if they do not receive appropriate medical care. Health Ministry spokesman al-Hadhari also said that the closure of the Sana’a International Airport has prevented approximately 320,000 Yemenis from traveling abroad to receive medical treatment, resulting in 42,000 people losing their lives, 13 percent of whom were children.

Fares, a recent graduate who lost his entire family in a Saudi attack, hoped that the attack on the U.S. Navy base in Florida would serve as a wake-up call for Americans, spurring them to cease their ongoing support for Saudi Arabia. Mohammad Ali, who was wounded during a Saudi attack on a funeral in Sanaa, described the attack as justified revenge for the thousands of Yemenis who were killed by Saudi pilots trained at the base.

According to the family of Meshal Ali Saeed, Meshal was a victim of American training programs that provide Saudi pilots the skills and ability to carry out deadly attacks. Many of Yemen’s civilians who spoke to MintPress expressed concern over U.S. training programs for members of Saudi-led Coalition, which they say gives extremists the ability to kill their children.

The Pensacola Naval Air Station, an early training center for naval pilots from a myriad of U.S.-allied countries, is known colloquially as the “cradle of naval aviation.” It is the crown of the U.S. Navy’s foreign military training program, established in 1985 specifically for Saudi students before being expanded to other nationalities.

There are 852 Saudi nationals receiving training in the United States’ under the Pentagon’s security cooperation agreement with the Kingdom of Saudi Arabia. Most, if not all, of the Saudi pilots who fly a variety of warplanes, including F-15 fighters and C-130 cargo aircraft over only the Yemeni sky, strike civilian targets including schools, hospitals, markets and infrastructure, are trained in the United States.

Over the course of the nearly five-year-long war in Yemen, Saudi pilots, along with their coalition partners, have launched 250,000 airstrikes, dropped half a million bombs and missiles — including 6,000 a phosphorous and cluster bomb — on Yemen according to theYemeni army. The vast majority of those strikes were on civilian targets.

Saudi Arabia’s King Salman telephoned U.S. President Donald Trump to denounce the shooting, claiming that “the perpetrator of this heinous crime does not represent the Saudi people,” according to the official Saudi Press Agency. According to officials, Saudi Air Force officers undergoing military training in the U.S. were intensely vetted, hand-picked, and often came from elite families in the Kingdom.

Although Saudi Arabia has sought to distance itself from the incident of the Naval Air Station in Pensacola and from hundreds of deadly attacks against civilians in Yemen, the Saudi government has continued its support for hate speech espoused by clerics who preach the extremist iteration of Islam known as Salafism which originated in the Kingdom. Salafi doctrine preaches hate against religious minorities, the United States and anyone disloyal to the Saudi royal family. It is the same ideology practiced by ISIS, al-Qaeda and other extremist groups.

Despite its outward-facing diplomatic charm offensive, Saudi officials have so far done little to curb the use of textbooks and a public education system that preaches Salafist doctrine. This despite that fact this it is the source of hateful propaganda and for the radical causes that help indoctrinate Saudi military members who view other faiths as an abomination. Like the Saudis who were involved in the September 11, 2001 attacks, Saudi military members are brought up in a country rife with extremism supported by both the royal family and Kingdom’s religious institutions. It is precisely that same ideology that was espoused by Pensacola shooter Mohammed Alshamrani.

In Yemen, Saudi forces target civilians based on ideological underpinnings, a fact morbidly demonstrated by the large number of civilian casualties in the country. According to the Armed Conflict Location and Event Data Project (ACLED), more than 100,000 people have been killed in Yemen since March 2015.

Saudi troops captured while fighting in Yemen recounted how they were told by Saudi princes and Imams alike that the (Saudi) King Salman Bin Abdulaziz brought them there to defend the Prophet Muhammad and his companions. They will die on the path of God and go to heaven, they were told repeatedly. Yemenis, whether soldier or civilian, are all Rafidah (infidels).

Many Yemenis describe Donald Trump as an accomplice to Saudi Arabia. A hypocrite who justifies crime after crime of his Saudi allies. After all, the Saudi pilots that pulverize Yemeni people in markets, wedding parties, hospitals, roads, and schools are trained in the United States and use American weapons.

In the wake of the Pensacola attack, Trump said just moments after being briefed on the situation that Saudi King “Salman said that the Saudi people are greatly angered by the barbaric actions of the shooter and that this person in no way shape or form represents the feelings of the Saudi people who love the American people.”

Trump, known for his quick-handed responses to terrorist attacks around the world, didn’t label the Saudi gunman a terrorist, as he usually does following such attacks. Instead, he assured Americans of Riyadh’s position before the result of any investigation into the attack had even been released. 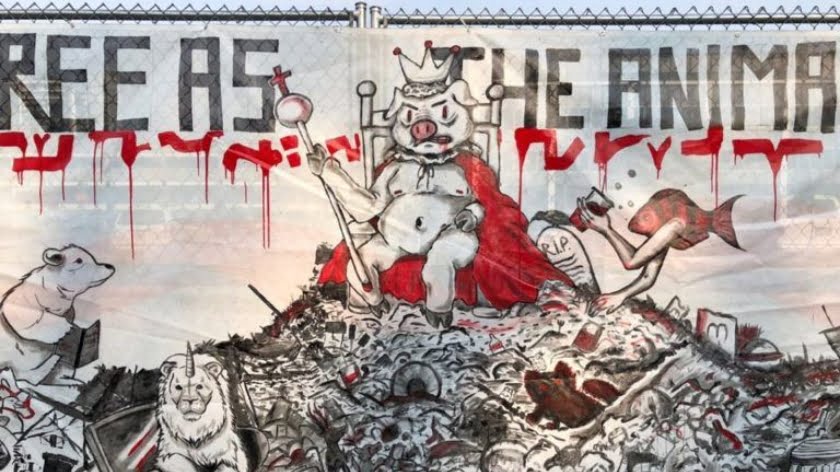 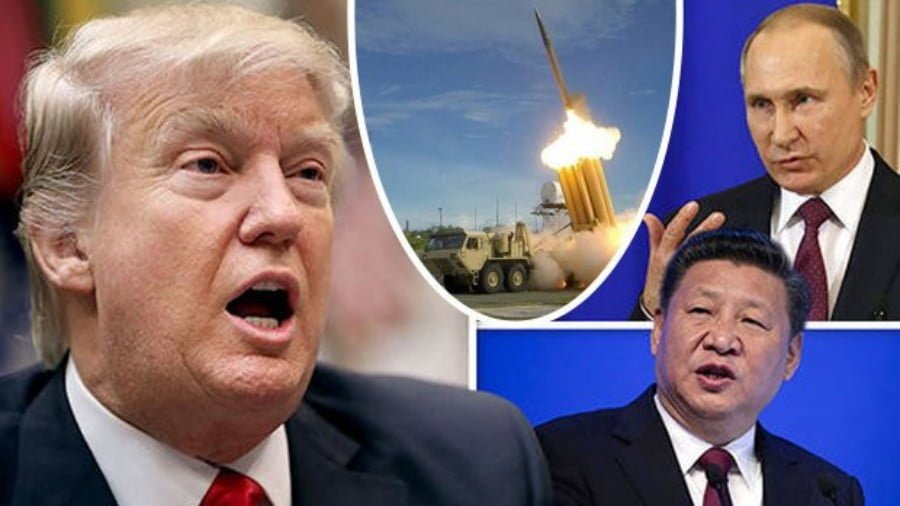 As the repercussions of President Putin’s State of the Nation address sink in, it is useful to highlight those words in the address which set out Russian thinking on international relations, and which explain Russian actions, including first and foremost the military build up President Putin discussed during the address. Western orthodoxy about Russia –… 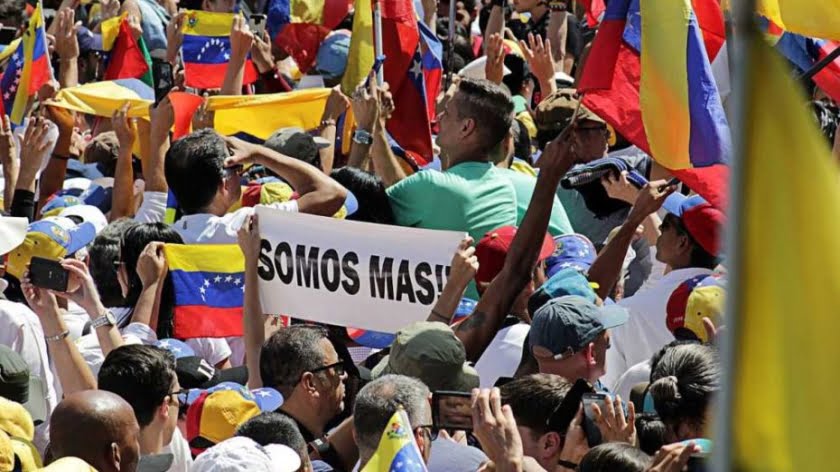 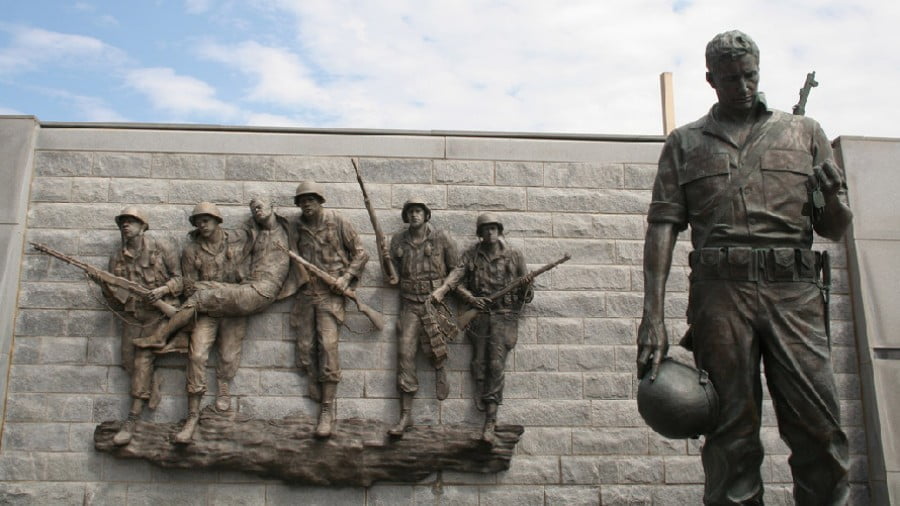