The occupation. A phrase commonly used when speaking about the injustices taking place in Palestine. It is a phrase that limits the discussion to a small part of Palestine and to only a portion of the Palestinian people. The occupation only exists in the two small areas that we are permitted to state that human rights abuses take place. There are checkpoints and road-blocks and a dual system of justice, one for Jews and another for Palestinians. The Jewish residents in the “Occupied Territories” are called “settlers,” and unlike other Israeli Jews, they are “illegal” and the places in which they live are known as “illegal settlements.”

The phrases, “the occupation” and “Occupied Palestinian Territories,” refer generally to the West Bank, Gaza Strip and sometimes parts of East Jerusalem, depending on who is speaking. These are, of course, the territories which Israel seized in 1967, and which comprise only 22 percent of Palestine as a whole. “The occupation” and the “Occupied Palestinian Territories,” have become the focus of those who claim to seek justice for Palestinians and peace in the Middle East, yet that claim misses the mark.

The lion’s share of Palestine has been occupied since 1948, only it is not called “occupied.” Millions of refugees in and around Palestine live in squalor because of the 1948 ethnic cleansing of Palestine. Two million Palestinians live in other parts of Palestine and while the oppression and violence that Palestinians of 1948 suffer is slightly different than that which the 1967 Palestinians experience, it still includes a great deal of violence and systems of oppression. Israeli settlers have been living on stolen Palestinian land since 1948, but they are not called “settlers” and for reasons beyond understanding they are deemed legal.

It’s not only the Occupation

The root cause of oppression and violence that Palestinians experience is not “the occupation” of 1967 as many people claim, but Zionism and Zionist institutions that have been active long before that time. The Zionist onslaught which brought about the displacement, massacres and destruction of cities, towns and villages has been going on for over a century. Even before the State of Israel was established, Zionist organizations around the world have been responsible for the fate of Palestine and its people.

The World Zionist Organization, for example, openly states among other things that: “For the purpose of establishing a legally assured home in Eretz Yisrael for the Jewish people, it shall engage in, “Promoting the settlement of Jewish farmers, artisans, and tradesmen in Palestine.”

Aliyah, the Jewish Agency for Israel, claims: “We founded and built the State of Israel, and we continue creating links globally—bringing Jews to Israel and Israel to Jews.” Aliyah also states that “All Jews, no matter where they were born, are Israeli citizens by right.”

In other words, major organizations that are all well-funded and well-established have been directly responsible for the destruction of Palestine and the dispossession of its people long before 1967. When we limit the conversation to the “Occupied Palestinian Territories,” which refers only to the West Bank and Gaza Strip, we are letting these organizations off the hook.

A Fight Against Zionism

Describing the oppression, dispossession, mass arrests and killing of Palestinians by Israel without pointing a finger at the root cause of these injustices is almost as criminal as the actions themselves. Discussing the situation in which Palestinians have to live without discussing who is responsible all but ensures things will not change. Using the term “occupation” lets Israel off the hook for colonizing the vast majority of Palestine and it all but legitimizes the conquests and the ethnic cleansing of 1948.

Zionist left is, in fact, an oxymoron. One can either believe in and support a racist ideology like Zionism or believe and support the ideals of Left-wing politics, politics which exclude racism and settler colonialism. There are, however, a substantial group of people, including Israelis, Americans and others, who refer to themselves as the “Zionist Left.” These so-called “Leftists” claim they are opposed to the “occupation,” yet they refuse to accept that the root causes of injustice in Palestine are Israel and Zionism. Any person, group or ideology that claims to be Zionist accepts, almost by default, the legitimacy of Israel. This ensures that the injustices and atrocities perpetrated by Israel will continue.

The Zionist Left is beholden to Israel, accepts Israel’s legitimacy, and insists that the injustices and atrocities are a result of Israeli policies and not rooted in Zionism and the existence of the State of Israel. In fact, they refuse to reject Zionism. However, there are those who believe in justice, freedom and equality. Three values without which no country can exist in peace. People who care about this issue must take off the kid gloves. Opposing Zionism is not anti-semitism and if we do not tackle this issue head on, Palestine and its people will forever suffer. 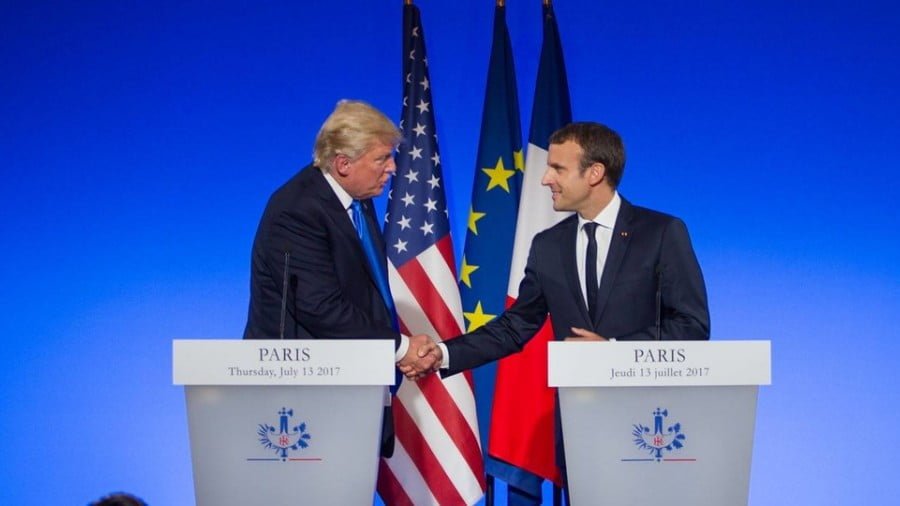 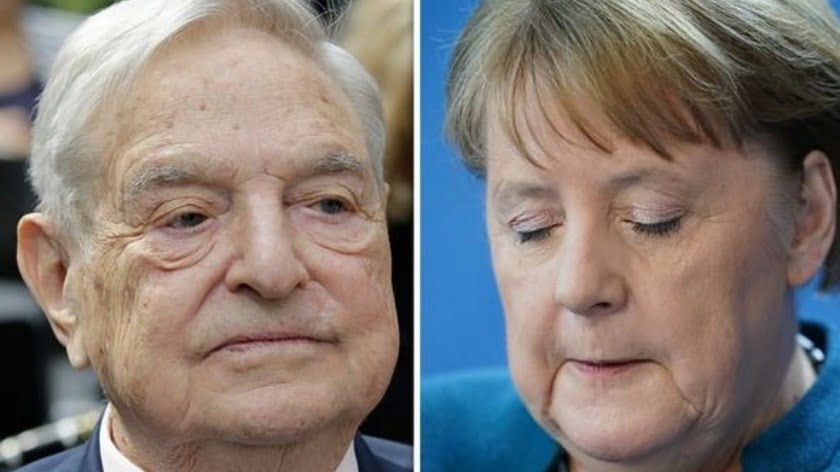 Billionaire philanthropist and infamous Color Revolution financier George Soros recently elaborated on his views of International Relations in the midst of World War C during an interview with the UK’s “Independent”, unexpectedly concluding that Germany’s recent court ruling against the European Central Bank’s purchase of national bonds poses an “existential threat” to the bloc and… 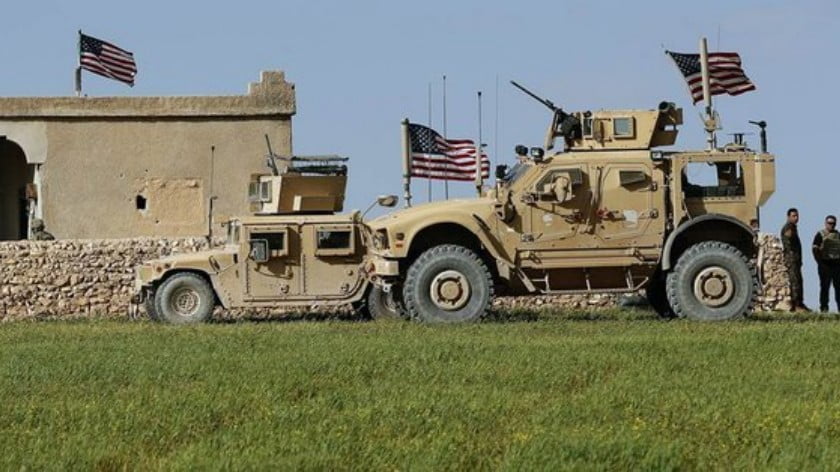 The sudden announcement of the imminent withdrawal of US forces from north-east Syria is being widely criticised by US pundits, think-tank analysts, and many US establishment voices. They claim that President Donald Trump’s decision may create a vacuum soon to be replaced either by an Iranian proxy militia or by Turkey. But in reality, the… 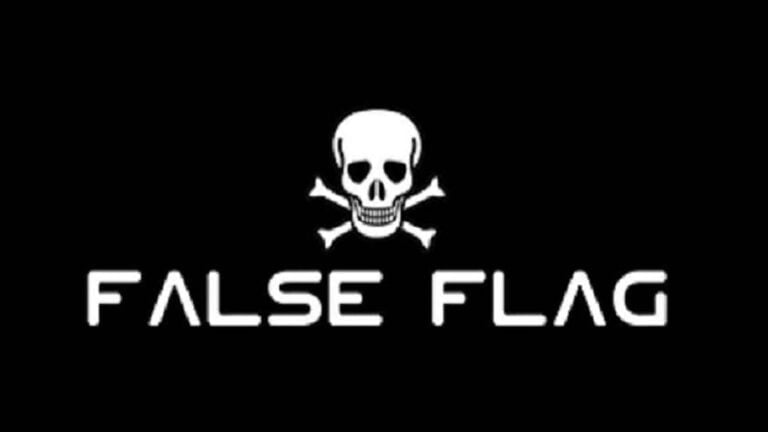 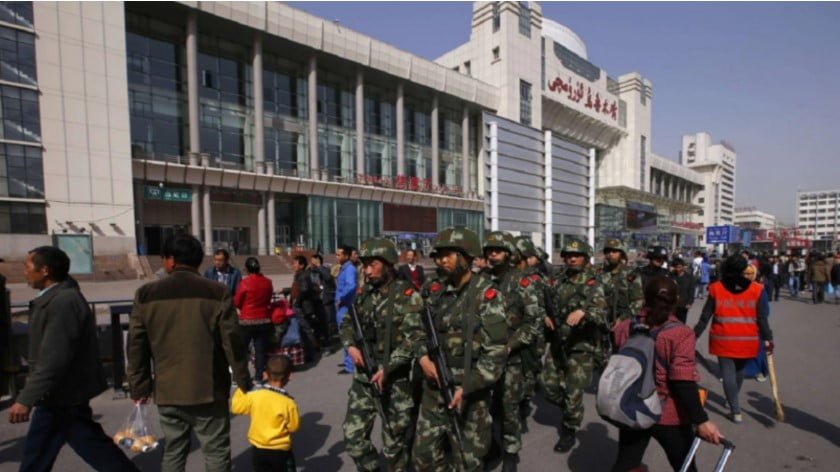