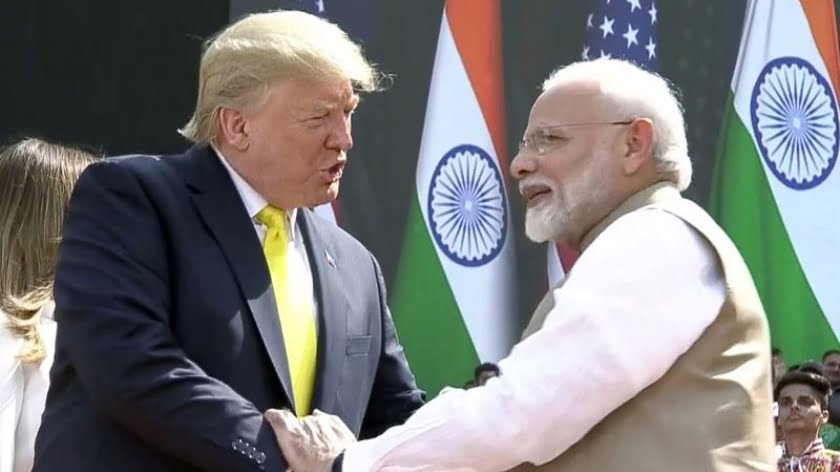 Indian Prime Minister Modi is being applauded for his proactive approach of gathering together the various countries of the South Asian Association for Regional Cooperation (SAARC) in an attempt to collectively combat COVID-19, but the $10 million that his country pledged to contribute to this emergency fund is less than the approximately $14 million that it spent hosting Trump during his geopolitically significant visit last month, showing that wooing the American leader is literally worth more to India than saving lives across SAARC.

RT contributor Abhijit Majumder, a senior Indian journalist who’s been the editor of three national dailies, published a piece praising Indian Prime Minister Modi for his pledge to contribute $10 million to an emergency fund for collectively combating COVID-19 across the various countries of the South Asian Association for Regional Cooperation (SAARC). According to the writer, “Modi’s disease diplomacy shows India’s growing soft power, as he shapes global coalition against coronavirus“, but what he (deliberately?) omitted to mention is that the $10 million that his country promised to spend on this noble efforts is actually less than the approximately $14 million that it spent hosting Trump during his geopolitically significant visit last month, showing that wooing the American leader is literally worth more to India than saving lives in South Asia. It’s understandable that many governments would pull out all the stops for the US President during his first-ever trip to their country, but India — which is extremely sensitive about its international perception — should have realized how bad it looks to spend more on Trump than on fighting COVID-19, especially if its influential supporters are going to boast on international media about how Modi’s $10 million pledge is apparently part of some so-called “disease diplomacy” which “shows India’s growing soft power as [it] shapes global coalition against coronavirus”.

Like the author explained in his recent analysis titled “India 2020: ‘Superpower’ Or Still ‘Super Poor’?“, the US’ new military-strategic partner fancies itself a “superpower” but is still “super poor”, which explains why it only has $10 million available to fight this virus within the bloc of around 1.7 billion people. That works out to less than half a cent per person, which is an extremely paltry sum that can’t reasonably be described as achieving the ambitious goals that Majumder described. No global coalition against anything, be it the coronavirus or whatever else, can realistically take shape when less than half a cent is invested in the people who are supposed to participate. Nor, for that matter, can India’s soft power grow with such an insignificant and practically meaningless investment — especially when contrasted to the much larger one that was made to impress a single man — unless “perception managers” over-hype the symbolism surrounding it, which is exactly what the RT contributor did. Only he can account for his actions, but it’s nevertheless a useful thought exercise to speculate on his possible motivations in writing the piece and the reason why he might have deliberately left out the much larger sum that India spent while wooing Trump.

As was mentioned in the first paragraph, India is extremely sensitive about how the international audience perceives it, so it and its supporters have a reason to exaggerate everything positive that it does. That country and every other one that invests in fighting COVID-19 should be applauded for the thought behind their action, but it becomes insincere when the amount pledged is impractical for achieving anything at all and is instead misportrayed as a sign that a “global coalition” is being formed around a measly $10 million. Majumber’s motivation might therefore have been to concentrate more on the intent behind the Indian-initiated SAARC video conference, hoping that the targeted audience in the Alt-Media Community overlooks the figures involved and focuses more on the symbolism of “Indian leadership”. Considering that RT’s audience is skeptical of the US, to put it mildly, he very well could have made an intentional choice not to compare the $10 million pledged towards SAARC’s emergency coronavirus fund to the $14 million that the country invested in impressing Trump, knowing fully well that it would make the outlet’s readers suspicious of Modi. To put it simply, Majumber seemingly thought that he could rely on Modi’s $10 million pledge to SAARC to revive his country’s discredited “superpower” narrative, but his possibly deceptive efforts inadvertently drew the author’s attention to comparing that sum to the $14 million that India spent on Trump last month.

The lessons to be learned from this experience are several. First off, it’s always praiseworthy whenever a government invests in fighting against a global pandemic, but its “perception managers” must behave responsibly when relying on the amount invested when promoting their country’s soft power. Majumber might have felt so passionately about advancing India’s interests that he didn’t think that anyone would remember how his homeland spent almost 1,5x more impressing Trump than it did in trying to save lives across South Asia. Instead of (deliberately?) omitting that “politically inconvenient” fact or simply deciding not to use India’s $10 million investment into SAARC’s emergency fund as the basis for his promotional piece, he could have been more open with his target audience by possibly explaining how the $14 million spent on Trump was intended to facilitate the clinching of a comprehensive trade deal between the two whose ultimate effects might eventually “trickle down” to improving the living standards of this wannabe “superpower’s” still “super poor” population. In other words, the most effective “perception management” doesn’t rely on “selective omission” of “politically inconvenient” facts, but in artfully explaining them in a way that does the “least damage” to the country’s reputation and preempts them from being used to portray that said state in a negative light. The resultant narrative might not be all that convincing, but it’s more transparent than what Majumber ended up doing. 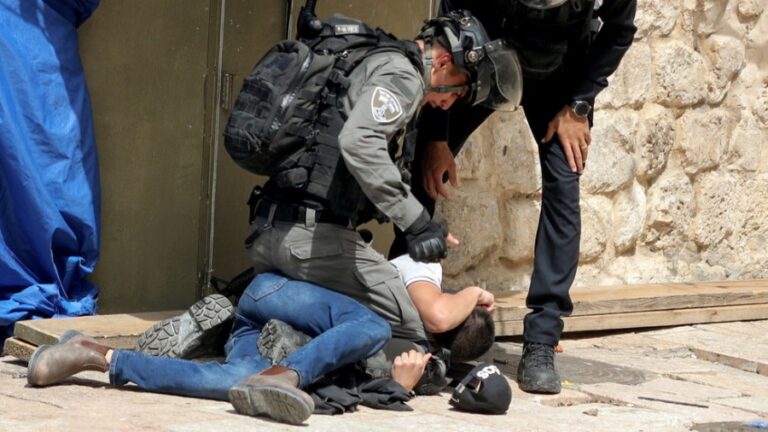 Trump’s overzealous pro-Israel policy – endorsed by Joe Biden – emboldened Tel Aviv to push ahead with new settlements in East Jerusalem, which are the root cause of the clashes. But there’ll be no rebuke from Washington. So, who is really to blame for the violent clashes in the city that intensified today as Israeli… 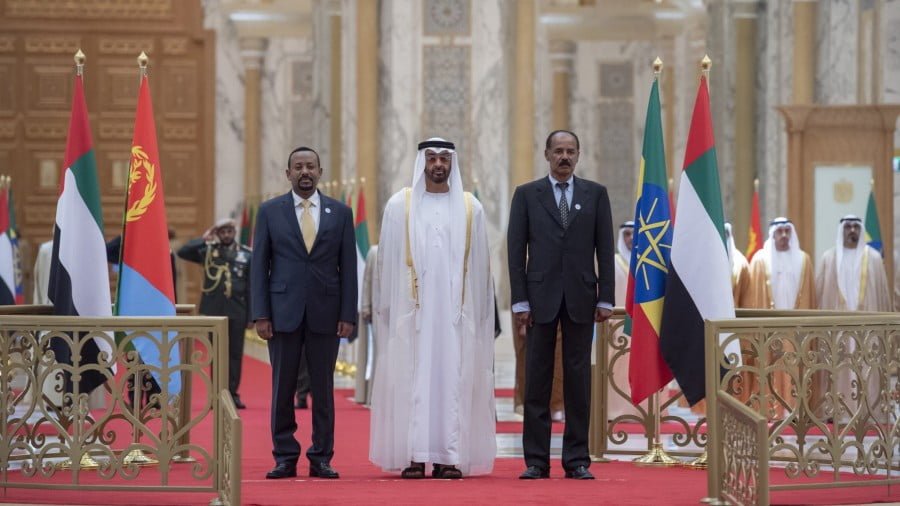 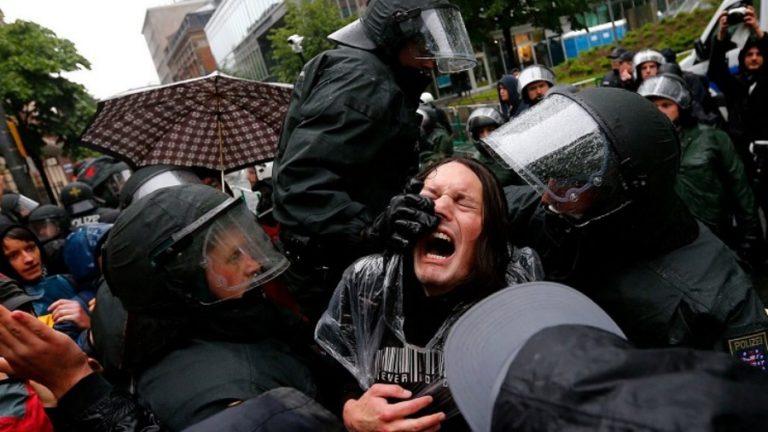 Having learned nothing from the Hillary Clinton fiasco, some Democrats apparently want to double down and have Michelle Obama be Joe Biden’s running mate, just in case someone might miss the campaign’s clear ‘restoration’ theme. Michelle Obama has repeatedly vowed never to run for office. She even put it in writing, in her best-selling 2018…

What was an embarrassing weekend for president Barack Obama, whose arrival at the G-20 summit in China was a case study in diplomatic humiliation, just turned even worse when on Monday, Philippine president Rodrigo Duterte warned the US president not to question him about extrajudicial killings, or “son of a bitch I will swear at…