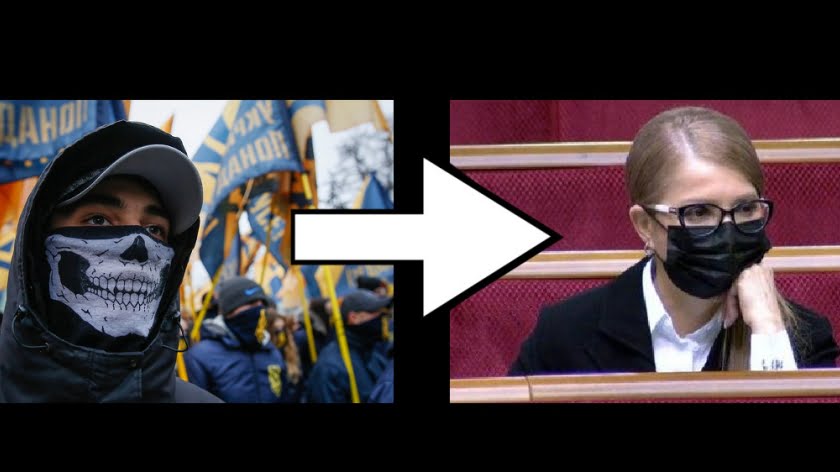 Between the fallout of the murder of General Soleimani and the coronovirus, the Ukraine has been somewhat forgotten, which is understandable, but also potentially dangerous. The “young and dynamic” President Zelenskii has more or less been forgotten, especially by the legacy corporate ziomedia. This does not, however, mean that the situation there did not evolve or, in fact, that it is not becoming extremely dangerous. So for those who did not keep an eye on the Ukraine, here is a short summary of what has been going on:

First, Zelenskii has proven to be a total ZERO. Simply put, neither he not his team can get anything done, anything at all. I really mean nothing, nothing at all.

Second, while initially the victory of Zelenskii seem to indicate that the Ukronazis had suffered a crushing defeat, it now is completely obvious that Zelenskii lacks the will, or the means, or both, to tackle this huge problem. Now the Ukronazis are back in force, they provoke Zelenskii on a daily basis, but the man is simply unable to react and reassert his authority.

Third, in social and economic terms, the Ukraine is in free fall. Following years of chaos and corruption the Ukraine is now a deindustrialized country which can sell only three things: men (for menial jobs in Poland and in the EU), women (prostitution) and its “black soil” (chernozem). Once the land is sold, it will give the Ukrainian budget enough money to keep up the appearance of a state for a few more month, maybe a year or so. After that – it’s show over, curtain down, lights off and everybody go home…

Fourth, it is pretty clear who the kingmaker of the Ukraine is: Arsen Avakov, the “eternal” (by Ukrainian standards) Minister of the Interior. He not only has real firepower, he also seems to be able to turn the Ukronazi “spigot” on and off depending on his personal needs and circumstances. Unlike the bona fide nutcases, Avakov does not strike me as a Nazi at all, in fact, I would say that he is non-ideological – he is all about “pure power”. This makes him a much more desirable “partner” for the Empire than real nutcases.

Fifth, while the Minsk Agreements are still more or less on the agenda, at least officially, the Ukronazis have been vocal enough in their protests to basically completely stall any meaningful negotiations. Yes, prisoners will probably be exchanged, but beyond that I see any real progress as exceedingly unlikely. For all practical purposes, the regime in Kiev has made it very clear: there will be no negotiations with the Donbass, which simply means that there will be no negotiated solution. It’s that simple, really.

Six, COVID19 has hit the Ukraine very, very hard. The problem is that the authorities, which fully knew that they had no means to do anything meaningful began by thumping their chests and saying that there were no cases in the Ukraine only to then suddenly decree drastic quarantine measures. And yet, the true information is seeping out: Ukrainians hospitals are full of cases, mostly un-diagnosed, and many have already died. Officially, and as of right now, there are only 14 confirmed cases in the Ukraine, and only two fatalities. But absolutely everybody knows that these numbers are totally fictional and that the real number of cases remains unknown due to a lack of testing kits, not a lack of cases. MDs in Ukrainian hospitals are sounding the alarms, but nobody is listening.

Seventh, the situation is made even worse by the fact that there are not credible alternatives to Zelenskii. There IS an opposition in the Ukraine, the typical Ukronazis nutcases and the generally pro-Russian politicians who are categorically and absolutely unacceptable to the (much larger) Ukronazi opposition. Thus, there does not appear to be any political solution or alternative to the current regime. Right now, the two politicians who appear to be the most competent are Vadim Rabinovich and Elena Lukash. These two are very sharp and, frankly, very courageous, but they don’t have a power base powerful enough to take on the Nazis. Finally, there is Viktor Medvechuk whose main quality is also his biggest weakness: he is considered close to Putin. These are all rather smart and courageous figures, but compared to the power of an Arsen Avakov – they are just soap bubbles. Will that change in the future? Maybe, but not in the foreseeable future.

When a country enters a dramatic and deep systematic crisis, something must inevitably eventually give. Right now there are relatively few protests simply because there is no political force of personality which could inspire people to rally and struggle for change. Most Ukrainians are both absolutely exhausted and absolutely desperate. They are into the “survival mode” which history has taught them and they simply wait. Frankly, I can’t blame them. My advise to all my Ukrainian contacts has been “get out of there while you can”, but if you can’t get out, then going into a survival mode is the only option.

Right now, the Ukronazis feel energized and they are back with a vengeance demanding that the Ukraine finally be transformed into the Banderastan they have been dreaming about for generations (except they don’t use the word “Banderastan” but prefer the expression “Banderstat”. Their strength is in their unity and firepower. Their main weakness is that most Ukrainians hate them. A most dangerous combination.

Some observers have suggested that a coup might take place. I doubt it because I don’t see any person capable of leading such a coup. Avakov would be ideal, but he is *already* in power, he does not need a coup at all. Furthermore, if an openly Ukronazi regime replaces Zelenskii, this will only further deepen the distress of the general population.

The truth is both as simple as it is terrible: there is no solution for the Ukraine. None whatsoever.

So what could happen next?

The basic ingredients are pretty predictable: protests, civil unrest, violence and, eventually, a break-up of the Ukraine into several entities.

In theory, this could be avoided, but in order to do this, at the very least, the following basic conditions have to be met:

As you can immediately tell, this is not happening.

Yes, some have begun thinking about this issue, see, for example, this very interesting report from the Euro-Atlantic Security Leadership Group (EASLG): https://securityconference.org/assets/02_Dokumente/03_Materialien/EASLG_Statement_Ukraine_FINAL.pdf, in particular, take a good look at the “Economic Steps” and “Political Steps” suggested in this report. The fact that a guy like Gen (Ret) Breedlove, former SACEUR and rabid Russia-hater, could sign this document is, by itself, quite amazing.

However, with the current SARS-CoV-2 pandemic AND a brutal oil war threatening most economies of our planet, I expect the western nations to simply lose interest in the Ukraine: they will be too busy scrambling to recover from the political fallout of the SARS-CoV-2 crisis. As for Russia, there is absolutely no way that she will agree to foot the bill for the reconstruction of the Ukraine, nor will she provide the forces needed to get rid of the Ukronazis. Which means that for the foreseeable future, the Ukraine will be mostly left on its own. Russia will, of course, continue to support Novorussia (for example, SARS-CoV-2 testing kits have already arrived from Russia) while distributing Russian passports to anyone wanting one (the vast majority of the people of Novorussia).

The SARS-CoV-2/COVID19 pandemic will have huge political repercussions worldwide because in this specific case, not only will the AngloZionist propaganda machine not be able to hide the truth from the people (if anything, all sorts of fake news and crazy rumors will have more “street cred” than what the politicians tell us), but the consequences of this crisis will be felt everywhere, including at home. So Trump can go on in each of his pressers about how everything in the USA is “the best”, “the greatest” and “the mightiest”, but the truth is that the this virus will reveal not only the total inability of the private sector to save the day, it will also reveal how utterly dysfunctional the US, along most other western states really are (no, Walmart and Amazon will not save the day). No wonder the western politicians are scrambling to show how “involved” they all are – they are simply trying to cover their rear end for the inevitable “lessons learned” moment coming for all. Maybe at some point in the future will see most US Americans reconsider what they think they know about Socialism and Libertarianism, especially when it becomes clear how different the reaction to the virus was in China and Russia compared to the EU or US.

But what will be only embarrassing for US politicians will, barring some kind of miracle, hit the Ukraine with consequences far worse than what we have seen up until now.

For the time being, the Ukronazis are explaining that the Nazi salute is just perfect for this situation: not only do hands not touch, but the palm of the saluting head is facing the sun, which is hygienically good (that, and a lot of Nazis are pagans, sun worship is common amongst them).

Right now, in what are still the early stages of the pandemic, almost nobody is paying attention (most folks in the West have yet to understand that security, any and all form of security, must always be collective to be effective). Right now, the bigger danger comes from the Ukrainians returning home from abroad. But this will soon change, and the danger will become Ukrainians leaving the Ukraine. At this point the EU countries will have to turn to the Kremlin for a common response to what promises to be a major disaster. 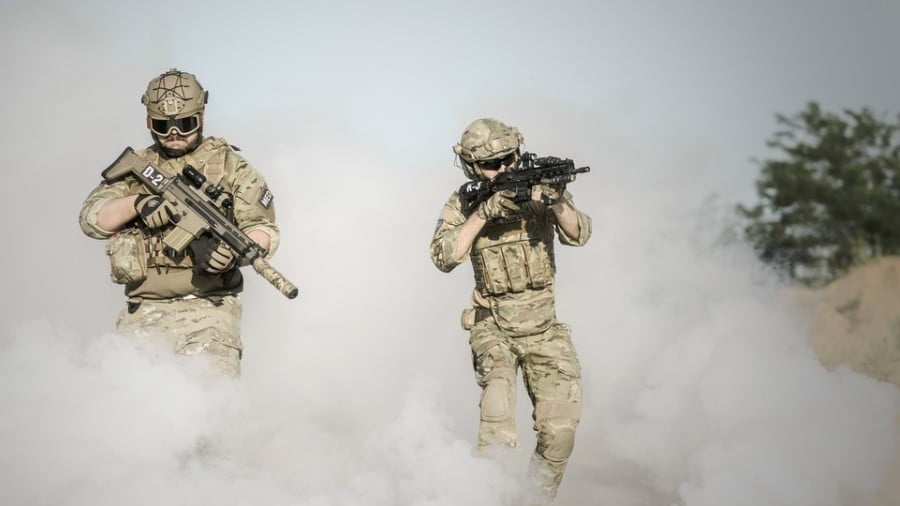 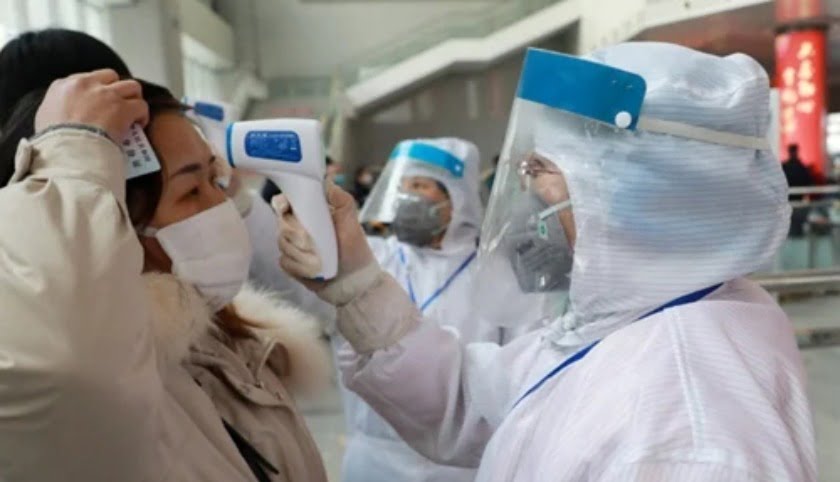 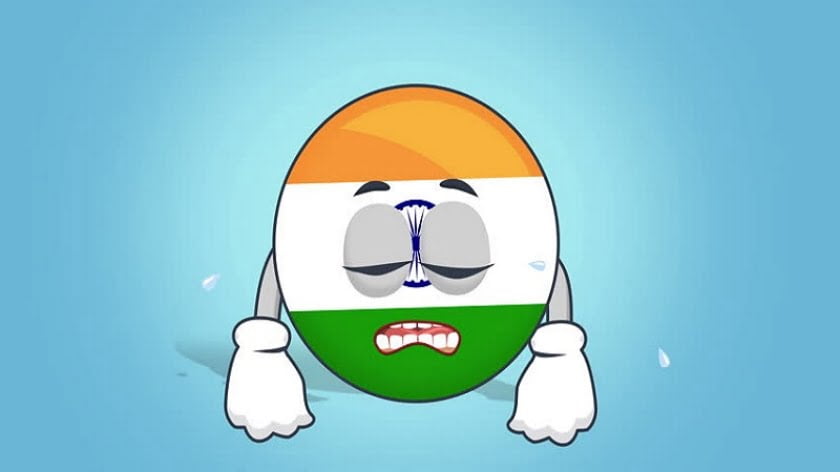 India’s multipolar “deep state” faction was defeated by Trump without a fight after he threatened to vaguely retaliate against the country for its prior refusal to export hydroxychloroquine to the US upon his earlier request, which shows just how weak the wannabe “superpower” really is that its much-touted years-long official policy of “multi-alignment” could be… 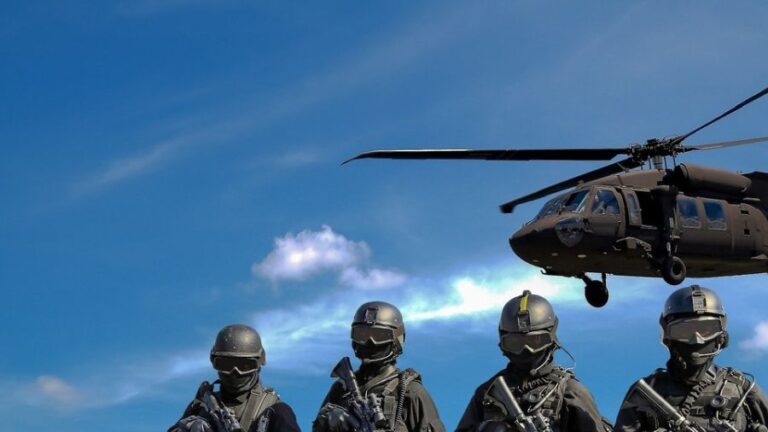 In Afghanistan, the mission failure appears complete. The trillion-dollar project to plant Western democracy in a Muslim nation historically fabled for driving out imperial intruders has crashed and burned after 20 years, and the Taliban are suddenly back in power. After investing scores of billions in training and arming a force of 350,000 Afghani troops,…

Like Mikhail Gorbachev, Trump helms a fading empire. But while the former Soviet leader supported democratization in his wake, Trump’s sowing the seeds of autocracy all over the globe. Back in the late 1980s, Mikhail Gorbachev had a magic touch internationally. Traveling outside the Soviet Union, he often received the adulation that was so frequently… 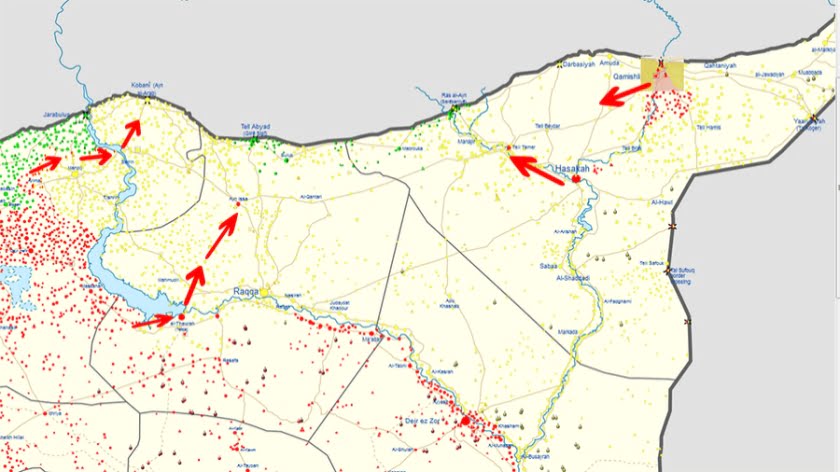