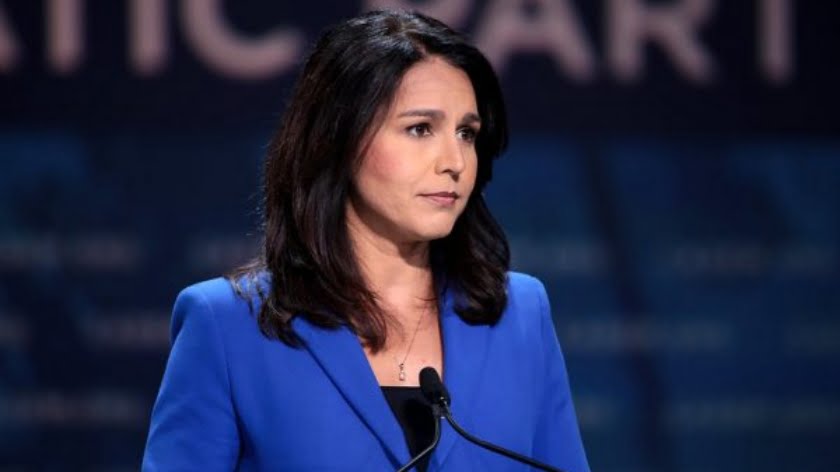 In American politics, it is not often that one sees an assassination carried out in public, but that is exactly what the Democratic Party establishment did to peace candidate Tulsi Gabbard. She was sidelined right from the beginning of her campaign and the fact that she was a woman of color and a veteran earned her no points with the Democratic National Committee (DNC), and, more to the point, with the Clintons, who continue to have a disproportionate say in what goes on in the party. The chameleonlike Clintons have long been known for their ability to punish anyone who stands in the way of their ambition and Hillary’s dislike for Gabbard dates back to the 2016 election when Gabbard, then vice-chair of the DNC, endorsed Bernie Sanders.

Gabbard is admittedly a somewhat controversial figure, but many individuals involved in the antiwar movement who have taken time to speak with her have come away impressed by her sincerity and willingness to talk up an issue that all the other candidates, save Bernie Sanders, have ignored. She is a serious non-interventionist and a critic of her party’s embrace of the national security state that has emerged since 9/11. In the several debates where she was allowed to participate and actually given some time to speak, she has been a harsh critic of the endless “regime change wars.”

Tulsi has stayed in the race in spite of the fact that the Democratic Party establishment, most particularly to include the Clintons, have been out to destroy her since she first appeared. Gabbard, generally definable as a conventional moderate Democrat, believes that the United States should end nearly all its wars overseas, which are a symptom of a fractured foreign and national security policy. She also advocates auditing the Federal Reserve and is a supporter of Julian Assange as well as whistleblowers Edward Snowden and Chelsea Manning. Tulsi has stuck by her guns and had stayed in the race to promote those and other anti-establishment views.

Unfortunately for the many Americans who had hoped to see Tulsi somehow surfacing either as a candidate or as a major voice in shaping the party platform, her candidacy has finally ended. Her announcement came after she was blocked from participating in the candidates’ debate on March 15th by an abrupt and unexpected change in the guidelines for being included. The new qualifying criteria require a candidate to have earned at least 20 percent of the delegates awarded thus far, which meant that only Biden and Sanders could participate.

On March 18th, Gabbard announced her decision to wrap up her campaign and throw her support to Joe Biden as follows: “I know that he [Biden] has a good heart and he’s motivated by his love for our country and the American people… So today I’m suspending my presidential campaign, and offering my full support to Vice President Joe Biden in his quest to bring our country together.”

The endorsement of Biden came as somewhat of a surprise as Bernie Sanders is closer to her philosophically, but sources close to Tulsi suggest that she did so in the belief that Biden was more likely to unite the party and also better suited to defeating Donald Trump. In any event, speculation that she will have some influence over where the Democratic Party is heading seems to be misplaced as she is not running again for Congress and seems content to return to what passes as a normal life in Hawaii. She retains her commission as a major in the Hawaii National Guard.

If one sought to make a case for who was most active in the undoing of Tulsi Gabbard, the finger would point directly at Hillary Clinton. When Tulsi endorsed Sanders in 2016 she did so knowing that “Clinton had a stranglehold over the Democratic party and that crossing Clinton (who considered herself the ‘inevitable nominee’) could mean the end of her own political career.” Clinton was reportedly made “extremely angry — to put it mildly” by the endorsement and had her aides send Tulsi a wave of threatening emails.

Hillary Clinton’s first major attack against candidate Gabbard in 2019 was featured in a podcast hosted by former President Barack Obama’s 2008 campaign manager, David Plouffe that was recorded last fall. The comments on Gabbard came during a discussion of the upcoming election. Clinton speculated that President Donald Trump and the GOP would likely be “grooming” a potential spoiler candidate for a third-party bid to take away votes from the Democrats. She said “I’m not making any predictions, but I think they’ve got their eye on somebody who’s currently in the Democratic primary and they’re grooming her to be the third-party candidate. She’s the favorite of the Russians. They have a bunch of sites and bots and other ways of supporting her so far and that’s assuming Jill Stein will give it up because she’s also a Russian asset.”

Clinton did not name Gabbard but one of her spokespersons later confirmed the “Russian asset” comment referred to her. The reference to the completely respectable Jill Stein, the Green Party candidate, was based on the oft-repeated claim by Clinton and others that Stein was being supported by Russian agents and that she took votes away from the Democratic candidate. Clinton has also suggested that Moscow is “grooming” Gabbard to run third party and steal votes from the Democrats.

Gabbard courageously responded to the Clinton attack with: “Thank you @HillaryClinton. You, the queen of warmongers, embodiment of corruption, and personification of the rot that has sickened the Democratic Party for so long, have finally come out from behind the curtain. From the day I announced my candidacy, there has been a concerted campaign to destroy my reputation. We wondered who was behind it and why. Now we know — it was always you, through your proxies and powerful allies in the corporate media and war machine, afraid of the threat I pose.”

Shortly before dropping out of the race, while Tulsi was the only remaining woman contender for the nomination, Hillary Clinton opted to get in the proverbial last shot in an interview with Fareed Zakaria, saying “We no longer have a woman in the presidential race. There are a lot of reasons for that. We started off with I think six, and now have none.”

That Tulsi Gabbard, a genuine peace candidate, was deliberately marginalized in the Democratic Party nomination process in spite of having considerable grassroots support does not speak well either for the party or for the system of government by the corruption that prevails in the United States. Tulsi has sued Hillary Clinton for $50 million for defamation due to her being labeled a Russian asset. In the suit, she describes Hillary as “a cutthroat politician by any account” and claims that the former Secretary of State has been working to destroy Gabbard’s presidential campaign as payback for 2016. May Tulsi prevail. And one has to hope that we all have heard the last of the Clintons. 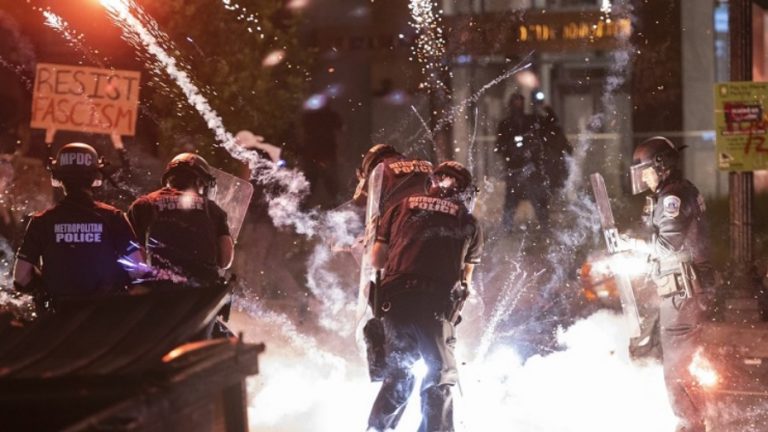 Is there anyone in Trump’s government who is not an imbecile? After years of endless military threats against Russia—remember CIA deputy director Mike Morell saying on TV (Charlie Rose show) that the US should start killing Russians to give them a message, and Army Chief of Staff Mark Milley threatening “We’ll beat you harder than… 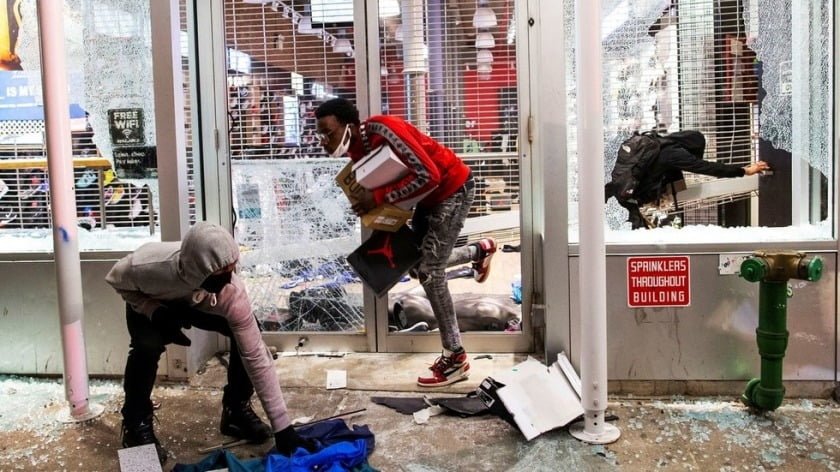 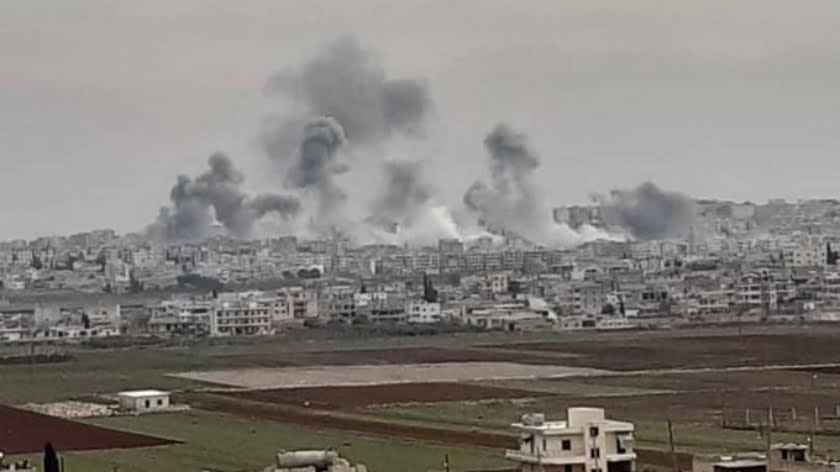 If Big Tech’s latest censorship fiasco – the suppression of a New York Post scoop that might harm Joe Biden’s presidential campaign – doesn’t spur Republicans to act, they may as well quit pretending to represent their voters. If even this isn’t enough to trigger so-called conservatives to loosen Silicon Valley’s death grip on America’s…