Surgical masks. They cost a trivial amount of money, tens of millions can be easily and safely stored for a long time. Eleven years ago, during the H1N1 pandemic (aka “swine flu”) the Center for Disease Control released from its Strategic National Stockpile “personal protective equipment including over 39 million respiratory protection devices (masks and respirators), gowns, gloves and face shields” This amounted to 25% of the total. According to the NYT these were not replaced. Trump can’t be blamed for that one. Nor can he be blamed for the failure of Belgium to replace stocks. Nor for Canada’s unpreparedness. Nor for the world-wide shortage. Nor can China be blamed.

The CDC was competent in 2009, as its account of its response to the discovery of the sickness shows. What we see today is far from competent and, in this respect, I recommend reading Stephen Walt’s essay The Death of American Competence. As he rightly points out, one of the pillars of American power was “an image of the United States as a place where people knew how to set ambitious goals and bring them successfully to fruition.” He speculates on the reasons for the decline, suggests several, but he knows it has been a long development. For centuries the West has been the place where things worked, where everything was invented, from where the world was run. Yes the West had its values which had their attractiveness – and one must never forget its tremendous killing power – but a large part of its mojo came from its reputation for getting it right. They say that the West’s military omnipotence took a hit from which it never recovered when the Japanese swiftly threw European power out of the Far East; I think its reputation for competence will take a fatal hit from COVID-19.

And a very visible hit. Only six months ago the Global Health Security Index, looking at “195 countries”, “34 indicators”, “six categories” and “140 questions” rated the USA number one in ability to cope with a pandemic, giving it a score of 83.5; the UK was second with 77.9; of the top 15 all were Western except Thailand (6th) and South Korea (9th). Western competence was assumed. China, by the way, was 51st with 48.2. What we must now call a fantasy built on an undeserved reputation collapsed with the real life test of COVID-19.

Which brings me back to the humble surgical mask: never mind that mask manufacture has been outsourced to China – so has just about everything else; never mind the fact that in terms of national security a warship’s worth of surgical masks would be more useful; consider stockpiles: where are they? No country seems to have much. And today we have reports of Western countries pirating face masks and other PPE from each other: the USA from Germany and France, U.S. federal government from U.S. states, Czech Republic from Italy, France from the UK; supposed allies are keeping them to themselves. March’s must-steal item was toilet paper, in April it’s masks.

But that’s still not the end of the face mask story.

COVID-19 is caused by a coronavirus. There are several types of coronaviruses that cause human respiratory ailments some of which are deadly, some of which are mild. Many versions of the common cold are caused by them. They mutate and can pass from animals to humans. Human-infecting variants have been studied since the 1960s.

They spread from person to person in two main ways. 1) By touch: you touch an infected doorknob, a railing, a surface, get some viruses on your hands, touch a mucous membrane – eyes, nose, mouth – the viruses get inside you and get to work taking your cells apart to make more of themselves. 2) By droplets: someone who is infected emits droplets of saliva or mucous which carry the viruses and they get into you and start replicating. Coughing and sneezing spread these infectious droplets amazing distances but breathing or speaking put them out there too. The third thing to know is that a coronavirus infection may be contagious before the sufferer has symptoms. None of this is specialised knowledge; everybody who has had a cold knows it.

So, how to defend yourself? Before answering, it should be understood that there is no 100% defence this side of complete isolation and an NBCW suit. But you can improve the odds. 10% is better than nothing, 20% better than 10% and so on. It’s a matter of reducing the chances of the infected spreading it and the uninfected getting it. If each person infects three others (R0 of 3), then a process that reduces that to two others is an enormous improvement (that one infected person in 10 days would produce, in theory, 20,000 infected at three and 500 at two; dropping it from 3 to 2.5 saves about 15K; dropping it to 2.75 is worth about 10K.) It’s about playing the odds: a small reduction in the R0 has enormous effects over time.

So, given that we knew in January that COVID-19 is caused by a coronavirus and given that that was about all we knew then, what would have been the advice to best play the numbers? Not complicated: wear gloves, wash your hands, don’t touch your face and wear a covering over nose and mouth to reduce droplet emission and intake. Will this be 100% defence? No, but it will improve the odds. And, given the possibility that it might be infectious before you know you have it, then everybody should start doing this right now. This is very simple stuff: it’s not curing the disease; it’s not working out the genome of the virus; it’s not tracing the history and route of the infection; it’s not creating a vaccine – that’s complicated. Glove, wash, don’t touch and mask is simple stuff anyone can do to bring down the R0. Oh, and don’t forget that gloves and masks get dirty so keep them as clean as you can. Something is better than nothing.

So why weren’t we told to mask up right away? Lots of hand washing advice; good but that’s only half of it.

But in the last week, all of a sudden, we’re being told to mask up. Don’t have a mask? The CDC now gives you instructions on how to make improvised masks. From an old T-shirt even. A day later Canada’s Chief Public Health Officer tells us to mask up. A California county will fine you if you don’t. You can be dragged off a bus in Philadelphia if you don’t.

That’s today. But, at the WHO, it’s still yesterday: “only useful for healthcare workers and patients who test positive“. Yesterday, masks were no good: (17 February) “skip mask and wash hands“; (27 February) “And when they’re not used correctly“; (29 February) “They Might Increase Your Infection Risk“; (5 March) “If it’s a regular surgical face mask, the answer is no“; (13 March) “not the case with the viral particles“; (31 March) “homemade masks, which could be of inferior quality and essentially useless“. This piece in Reason Magazine sums up the confusion as of 1 April: “conflicting, confusing, and sometimes transparently disingenuous advice“.

So what’s different about April? It’s true that there is some suggestion that the virus is mostly transmitted through emission and that it seems to be most infectious before the symptoms appear but these were known to be possibilities in January. So why no advice to try any kind of face covering at the beginning? Not very competent.

Perhaps there’s a clue: “It can reduce the risk of some transmissions, but doesn’t take the risk to zero.” Most of the anti-masking “advice” was of that nature: proper masks, let alone home-made masks from T-shirts or coffee filters, are not a 100% protection. Bureaucracies attract and promote stupid and industrious people. “Stupid” is not really the right word, many of these people have high enough IQs, but they are “stupid” because they mistake mere activity for solving the problem. They are always terribly busy wrestling with enormous problems while the smart and lazy person, having solved the problem when it was small, has his feet on the desk. Bureaucracies like busyness and they reward it. Busybodies are often perfectionists – the smart and lazy knows that the best is the enemy of the good. Could it be that our experts heard “are masks a perfect defence?” when they should have been answering the question “can masks improve the odds?” At any event, it’s taken three months for the “experts” to understood that even if 100% is unobtainable, 75% or 50% is much better than nothing at all. Even if it’s the bottom of an old T-shirt. How many lives were lost, hospital beds filled because the “experts”, seeking 100%, achieved 0%? People start to wonder. Then there was the explanation that people were told not to mask because of the shortage of masks. Maybe so, but why not T-shirts, coffee filters and other improvisations in January? Perhaps the reason is the general death of common sense in the face of “experts”. Or perhaps the fear of being sued if someone in a home-made mask catches it anyway. But, whatever the reason, it’s not very competent.

In the COVID-19 crisis, in truth, real competence is found in places somewhat east of “the West”. 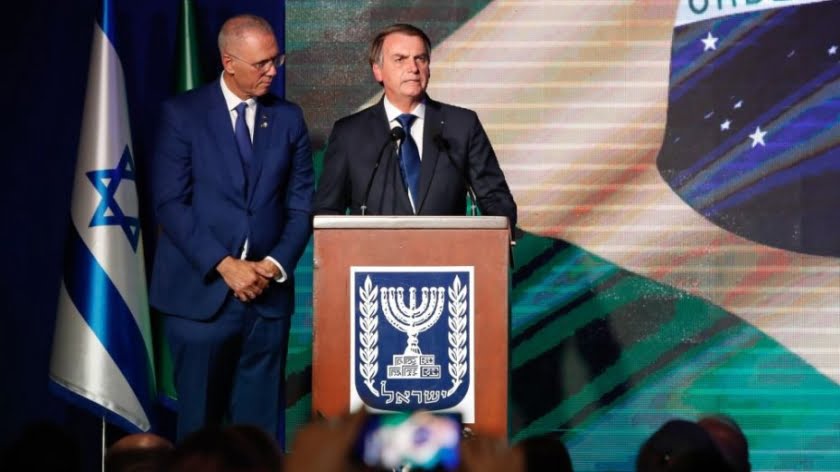 With the ouster of progressive governments throughout Latin America and their replacement with right-wing neo-fascist regimes, Israeli counter-insurgency advisers, better known as “merchants of death,” have returned to Latin America with fervor. Fascist-oriented regimes in Brazil, Bolivia, Colombia, Peru, Ecuador, Honduras, Paraguay, Guatemala, and Chile, eager to displace indigenous peoples, have invited the Israelis back… 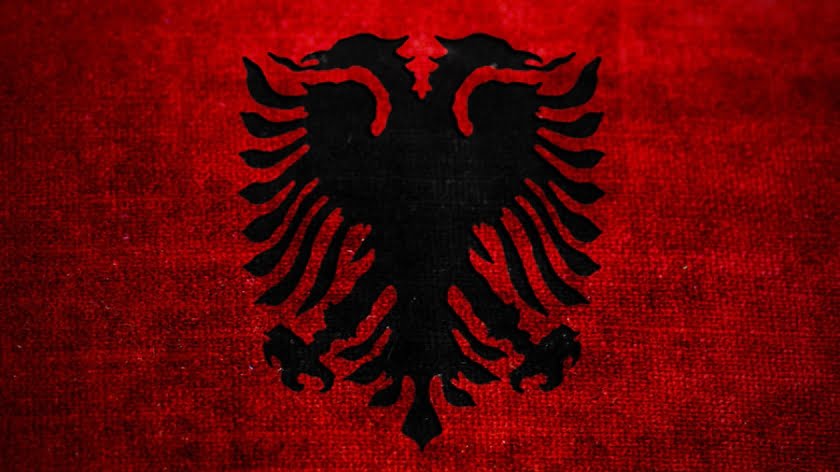 A Crisis of Sanity in South Asia South Asia is no stranger to conflict, for the region has always remained unstable for most of its post-colonial history, mainly due to the two regional powers, India and Pakistan, locking horns in an endless turf battle. It is not a good time for peace advocates on either…