Is it safe and reliable to use methodologies taken from intelligence analysts when looking for responsible parties? If a publication like the New York Times publishes a “pointed” misdirection piece, it is safe to assume, based on how outlandish the article is, that intent can be determined, based on analysis, intent, of course, to deceive?

“Deception and cover” are primary components in every intelligence operation. Were the US to attack nations such as China, Russia, Italy, Iran or others with a biological weapon, a capability Russia has long alleged the US continues to maintain in violation of convention, a “deception and cover” operation would be part of it and media organizations would be tasked with specific “pointed” propaganda tasks.

“Intent” can and usually does very much mean an admission of complicity. In this case, the Times, by some standards, admitted that the US created COVID 19 and desperately needs to blame someone else because they either unleashed it as an act of war or, more likely, lost control of a biological weapon because of corrupt contractors that turned to super-governmental organized crime.

We only need to examine the OPCW and their recent attempts to cover up use of chemical weapons in Syria by Western intelligence agencies as a “backdrop” as it were. If that was done, then might well COVID 19 be a similar operation?

Attacking, silencing, smearing anyone who asks if bio-warfare is a reality has obviously forgotten, perhaps out of choice, the very long history of the use of biological weapons against the Soviet Union, Cuba and China during the Cold War.

It wasn’t until 1969 that the US admitted it had brought Japan’s devastating “731” program into the US Department of Defense at the end of World War II. Though the US has openly rejected the use of biological weapons, after decades of research and mass production and alleged deployment, current programs that are supposedly defensive in nature deeply analog the prohibited programs of old. From FAS.org:

“A pathogen can be obtained from two major sources: its natural environment and a microbiology laboratory or bank. When acquired from environmental sources such as soil, water, or infected animals, enough of the microorganism would have to be obtained to allow purification and testing of its characteristics. The difficulty in acquiring agents stored in labs and banks, such as the American Type Culture Collection, depends on accessibility to the pathogens, security for the facility, or security measures for the bank’s ordering process. These agents are purified and of a known quality.

An alternative to acquiring agents is creating them. Toxins can be produced by adding the DNA coding for its production to bacteria. Also, advances in biotechnology have made it possible to synthesize certain viruses based on its genome, or an organism’s genetic instructions, and using basic materials such as DNA. Dr. Eckard Wimmer first demonstrated this by re-creating the poliovirus in 2001, which was followed by Dr. Craig Venter’s synthesis of the bacteriophage phiX174 in 2003 and the 2005 re-creation of the 1918 flu virus by Dr. Jeffrey Taubenberger and Dr. Terrence Tumpey.”

What is alleged is that these capabilities as described exist, the virus availability exists and the strains now spreading in the current pandemic have a clear history as with earlier delves into the Spanish Flu of 1918 and polio, a disease in resurgence in Afghanistan and Pakistan.

However, their article said everything but, though it did say “everything,” meaning a cornucopia of accusations and smears.

Here is how they begin:

“On Feb. 3, soon after the World Health Organization declared the coronavirus to be a global health emergency, an obscure Twitter account in Moscow began retweeting an American blog. It said the pathogen was a germ weapon designed to incapacitate and kill. The headline called the evidence “irrefutable” even though top scientists had already debunked that claim and declared the novel virus to be natural.”

They were quoting Trevor Bedford, certainly a qualified scientist, one qualified scientist who, in fact, debunked nothing. Yes, COVID 19 could occur naturally but, in fact it first occurred at the University of North Carolina, as a “chimera” that was “generated” so that “no vaccine could be developed,” according to a 2017 paper.

Getting back to the Times, as with most propaganda, so many rules are broken that would normally make a real journalist cry. Here’s one:

“Analysts say that President Vladimir V. Putin of Russia has played a principal role in the spread of false information as part of his wider effort to discredit the West and destroy his enemies from within.”

We thus ask, what analysts? Here’s another even worse:

“The New York Times — involving scores of interviews as well as a review of scholarly papers, news reports, and Russian documents, tweets and TV shows — found that Mr. Putin has spread misinformation on issues of personal health for more than a decade.”

With this, I don’t know whether to laugh or cry. Is Putin against eating vegetables or brushing teeth? What does “personal health” mean? Is anyone against “personal health?” They do make it clear in the next sentence, however:

“His (Putin’s) agents have repeatedly planted and spread the idea that viral epidemics — including flu outbreaks, Ebola and now the coronavirus — were sown by American scientists. The disinformers have also sought to undermine faith in the safety of vaccines, a triumph of public health that Mr. Putin himself promotes at home.”

Where do we begin? OK, they say “agents,” but what agents? They never name them. And didn’t Russia develop the vaccine for Ebola? Then again, didn’t American scientists at the University of North Carolina develop coronavirus in a study paid for by USAID, an organization that has typically been considered, and this assertion has “legs,” part of the CIA? Now we continue, but as examples are on every sentence, making a valid point without tiresome redundancy, will require the use of judgement. Next:

This one is very simple, there is one organization in the US that has, according to this allegation, aided Moscow more than any other and that is the New York Times. After all, it is the New York Times that has led the way in attacking the Trump regime for “downplaying the health alarms and thus posing serious threats to the public safety.”

We now descend into a maelstrom of idiocy as we continue:

“The Russian president has waged his long campaign by means of open media, secretive trolls and shadowy blogs that regularly cast American health officials as patronizing frauds. Of late, new stealth and sophistication have made his handiwork harder to see, track and fight.”

OK, now we understand. The Times can find no other source, perhaps other than itself, because “secretive trolls and shadowy blogs,” perhaps like Veterans Today, are so well hidden the best financed investigative amateur journalists and propagandists can’t find them.

To conclude, and perhaps to an extent for dramatic effect, we move down a paragraph or so, omitting perhaps the most absurd of allegations and try just one last one out:

“Because public interest in wellness and longevity runs high, health disinformation can have a disproportionally large social impact. Experts fear that it will foster public cynicism that erodes Washington’s influence as well as the core democratic value of relying on demonstrable facts as a basis for decision-making.”

Goodness! Now we have it. Russia is trying to erode Washington’s “core democratic value of relying on demonstrable facts.”

Where does one begin? First of all, no one knew Washington even alleged that it relied on anything but “alternative facts” in the first place. By nature, an “alternative fact” is never “demonstrable.”

A cursory Google search of “Trump-lies” brings up a dozen or more New York Times articles which include:

Trump, who the Times says is not to be believed, ever, accuses China, Russia and Iran of making COVID 19 and deploying it as a weapon, as voiced by both Bill O’Reilly, Sean Hannity and others including:

But what do we know? We know that since blaming a Chinese bio-warfare lab for spreading COVID 19 isn’t working, then attacking those who use hard evidence citing bio-warfare as a probable source is required but why?

Is it because the trail lead to US bio-weapons labs? 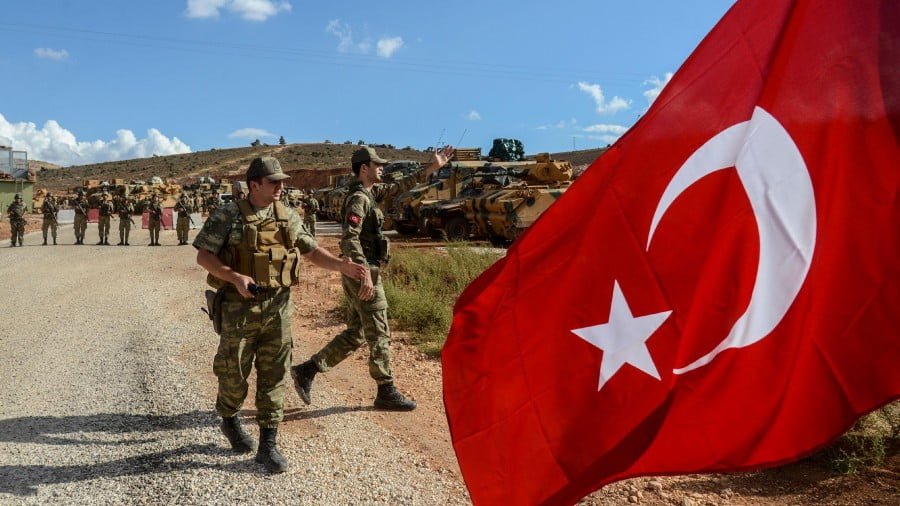 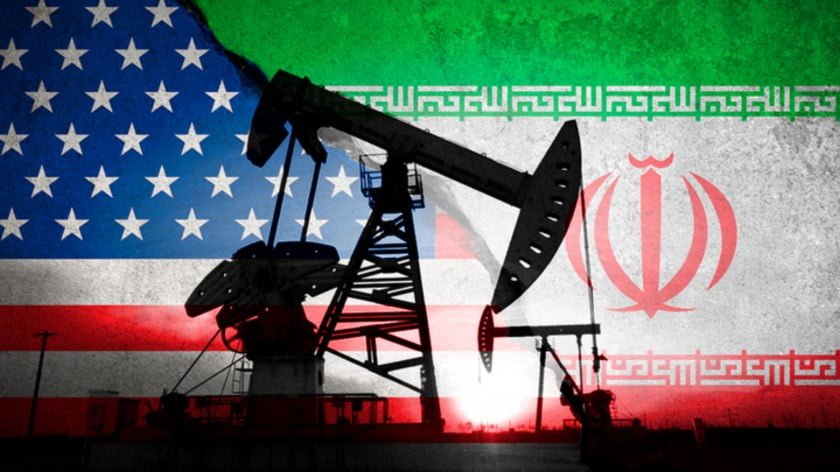 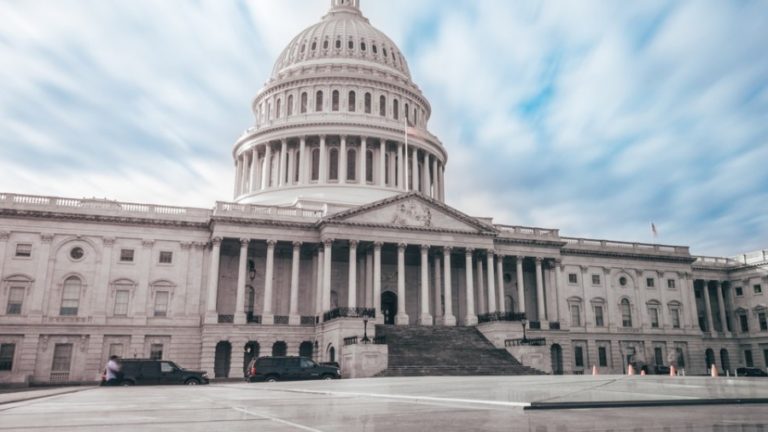 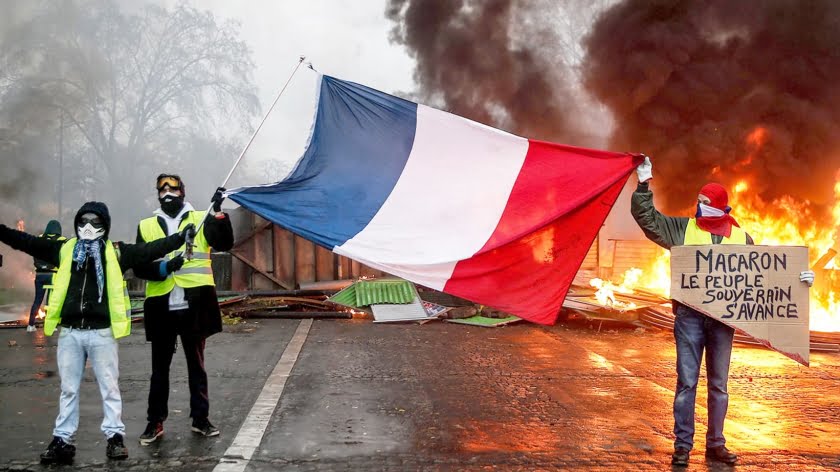 France’s favorite sports are striking and street demonstrations. At heart, most French are revolutionaries and protestors. In France, the answer to every problem seems to be ‘aux barricades!’ (to the barricades!). Demonstrations are typically followed by a hearty lunch. But this time things in the Republique have gone way beyond the usual day off from…