Oil Collapse: Watch Out Below!

Julian Simon – thou shouldst be living at this hour.

Simon, of course, was the University of Maryland economist who caused a major intellectual stir in the early 1980s with a not-bad anti-Malthusian polemic called “The Ultimate Resource.

It was “not bad,” the journalistic equivalent of an A-, because it addressed a number of vital questions and managed to thoroughly bollix them up. In taking aim at eco-pessimists predicting shortages of everything from energy to land, it went to the opposite neo-Panglossian extreme by arguing that environmental problems will solve themselves on their own if people just stop panicking. It was politically incoherent because it looked to a meaningless concept known as the free market rather than government. And it was anti-democratic because it elevated the individual actor over general society.

From “The Ultimate Resource,” it was thus an exceedingly short step from” to Margaret Thatcher’s infamous dictum that “there’s no such thing as society,” just “individual men and women.” So one Simon played a small but not insignificant role in promoting neoliberal policies that have reduced the world to a disease-ridden wreck.

Nonetheless, “The Ultimate Resource” got a few very important things right, including:

That there’s no danger of the earth running out of essential resources because resources don’t exist in and of themselves, but are things that human beings create.

Since productive capacity is continuously expanding, the long-term trend in commodity prices is downward.

Forty years later, we’re seeing the result as oil prices enter the mid-$20 price range and even the single digits in individual spot markets. According to “peak-oil” enthusiasts like Michael Klare, a long-time fixture at the Nation magazine, this shouldn’t be happening because oil is a finite resource whose price should go up as more is consumed and less and less remains underground.

And yet it is happening, and “The Ultimate Resource” is still valuable in explaining why. The reason, Simon argued, has to do with the dynamic nature of science and technology. Eco-pessimists view an oil reserve in ultra-simplistic terms as more or less like a glass of water. If you consume half of it, then only half remains. If you consume two-thirds, then only a third remains. If every last drop is drunk, then nothing remains at all, and you’ll soon die of thirst.

But an oil reserve is different because it doesn’t contain a certain amount of oil, but a certain amount within reach. But if drilling methods improve, then more becomes accessible, and the reserve, in a sense, expands. If prices go up, similarly, then the amount that can profitably extracted goes up, which means that the reserve effectively expands as well. If you reduce demand, similarly, by switching to alternative fuels or imposing a stiff carbon tax, then you wind up with more oil than you possibly need. Nothing has changed in geological terms. But instead of a shortage, you now have a glut, while rather than shooting through the roof, prices are now crashing through the floor.

It’s counter-intuitive in the same way that the earth being round is counter-intuitive. But Simon gave example after example of how it works. He showed how once-scarce items can be replaced by commodities that are more common and, indeed, how a “resource” doesn’t really exist until technology makes it so. Before the invention of kerosene and gasoline, petroleum was an icky mess that no one had any use for. But once technology advanced to a certain level, it suddenly emerged as the backbone of industrial society. And once technology advances beyond fossil fuels, it will go back to what it once was, a substance for which there is little or no use and therefore hardly deserves to be called a resource.

Which is why, more than two decades after Simon’s death from a heart attack at age 65, he would no doubt take a keen interest in the latest economic twist. As a free-marketeer, he might note that years of government policies aimed at propping energy markets up – everything from highway subsidies to vast military expenditures in the Persian Gulf – had gone too far, thereby driving up consumption to unsustainable levels and insuring that the crash would be all the deeper once it finally hit.

He’d be right. He’d also be right in noting that if government had adjusted energy prices along the way to reflect uncovered costs like global warming, consumption would have moderated and the shock would not have been as great. He’d likely note that the Trump administration’s efforts to talk energy prices – apparently, Washington will do anything to fatten the profits of Middle East oil sheiks – won’t work because deflationary pressures are plainly on the upswing. Before the current wringing-out process is finished, oil is going to plummet and a lot of glass towers in places like Doha, Riyadh, and Abu Dhabi are going to be standing empty.

Of course, there would be a number of topics on which Simon would not be so great – on the role of capitalism, for instance, in encouraging “zoonotic” outbreaks in which diseases like SARS, MERS, or Covid-19 increasingly hop from animals to humans, resulting in ever greater swathes of destruction. Neither would he be very helpful when it comes to why capitalism is contributing to a growing environmental crisis – not because of scarcity, but, paradoxically, because of overproduction in which capitalism produces too many commodities than it can’t profitably absorb.

So he’s an imperfect guide. But at least he’d understand why energy prices can only go lower and why the problem is not industrial production per se. Contrary to neo-Malthusian advocates of “de-growth,” what the world needs now is not less production, but better and more. 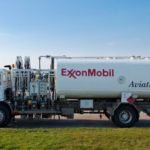