Vestiges of the American Dream

On May 8, US leader Donald Trump announced that the US economy was “transitioning to greatness”. According to the President, the Unites States is at the start of this process.

His statement about “transitioning to greatness” must have been referring to a recent study, conducted by Americans for Tax Fairness and the Institute for Policy Studies’ Program for Inequality (IPS), which found that US billionaires (whose ranks include Donald Trump himself and many members of USA’s current political elites) considerably increased their power and wealth during the Coronavirus pandemic. From March 18 to May 19, “the total net worth of the 600-plus US billionaires jumped by $434 billion”. Moreover, “in March there were 614 billionaires on the Forbes list, and 630” in May.

In the meantime, the suffering felt by the American populace is far from diminishing. At the time the study showing just how well the US VIPs were doing was released, CNN published a list of companies in the USA that had recently reported they were “under extreme stress as a result of the Coronavirus shutdowns”. According to the CNN article, these businesses were “undergoing massive layoffs, posting record losses, and in some cases, filing for bankruptcy”.

In an interview on CBS on May 10, Kevin Hassett, a Senior Economic Advisor in the Trump administration, said that the unemployment rate could surpass 20% by the following month. According to ABC News, as of May 14, more than 1 in 5 workers (or over 36 million Americans) filed for unemployment in the past two months. Automatic Data Processing, Inc. (or ADP), a US provider of human resources management software and services, reported that “private-sector employment decreased by 20,236,000 from March to April”. On May 7, BBC News published an article stating that “the total number of jobless claims” in the United States since mid-March had reached 33.3 million.

The lack of employment opportunities has had a very negative impact on finances of millions of average American families. Many of the households may never get back on their feet. The worst part is that the economy could take 2 to 4 years to fully recover. And the unemployment rate could still remain high while the nation rebuilds its economy. The economic downturn stemming from the Coronavirus pandemic has already started causing significant changes in lives of tens of millions of US residents, who were not prepared for the economic Armageddon before the COVID-19 outbreak.

According to a press release from the US Federal Reserve, “total industrial production fell 11.2 percent in April for its largest monthly drop in the 101-year history of the index” (i.e. even in comparison to the economic collapse of 1929 and 2008). The indexes for mining, utilities, construction, materials, final products, business equipment, etc. all declined. Based on its survey of 64 economists, The Wall Street Journal reported that USA’s GDP (gross domestic product) would “contract at an annual rate of 32% in the second quarter” of this year.

Still, somehow market and US treasury indexes have been rallying since March.

On May 15, the US Department of the Treasury released Treasury International Capital (TIC) data for March 2020. It showed that total foreign ownership of Treasuries dropped by $256.6 billion to $6.81 trillion.

During the so-called period of “transitioning to greatness”, Governor of Nevada Steve Sisolak declared a state of fiscal emergency on May 12. Nevada, however, was not “alone in its struggles”. Government officials from the Western States Pact (comprising Nevada, California, Colorado, Oregon and Washington) “sent a letter to Congressional leadership requesting $1 trillion in relief for the COVID-19 pandemic”. But in fact, as recently as the end of March, the US Senate approved the $2 trillion economic stabilization package. And on April 24, US President Donald Trump signed a nearly $500 billion Coronavirus relief bill into law.

According to an article published in Forbes magazine on April 21, “the Coronavirus pandemic and subsequent lockdowns to contain it” prompted “the US Treasury and the Federal Reserve to pump more than $6 trillion” (an unprecedented amount) into the economy. The printing of money has seemingly become the basis of USA’s post-industrial economy.

But are the current US political elites really pumping funds into the economy? In reality, have the rich and the powerful, in fact, become, under various pretexts, the recipients of a substantial portion of these funds, as the study on the growing wealth of US billionaires by Americans for Tax Fairness and the Institute for Policy Studies has shown? And are theories, previously proposed by several commentators, perhaps turning into reality nowadays? Could the elites, as suggested by these observers, have been behind the pandemic and the deep crisis aimed at reallocating not only USA’s but the world’s riches?

In this context, an article from the Editorial Board, published by The New York Times, is particularly noteworthy. The editorial is bitterly honest and talks about “the erosion of the American dream”, the strain on the US system of democracy “as those with wealth increasingly shape the course of policymaking”, and the dire need to reinforce “the nation’s tattered social safety net”. According to the authors, “over the past half century, the fabric of American democracy has been stretched thin. The nation has countenanced debilitating decay in its public institutions and a concentration of economic power not seen since the 1920s. While many Americans live without financial security or opportunity, a relative handful of families holds much of the nation’s wealth. Over the past decade, the wealth of the top 1 percent of households has surpassed the combined wealth of the bottom 80 percent.” The article states that “hundreds of thousands of Americans do not have homes”, and “lacking private places, they must sleep in public spaces. Las Vegas painted rectangles on an asphalt parking lot to remind homeless residents to sleep six feet apart — an act that might as well have been a grim piece of performance art titled ‘The Least We Can Do’.”

Nowadays, according to the editors, the United States “is a nation in which enduring racial inequalities, in wealth and in health, are reflected in the pandemic’s death toll”. In Michigan, for instance, where the Coronavirus struck early and hard, although African Americans account for only 14% of the total population in the state, 40% of deaths attributed to the Coronavirus were among this ethnic group.

There had been social issues in the United States long before the Coronavirus reached its shores. There is a huge divide between wealthy Americans, who are able to benefit from all the riches the wealthiest country on Earth has to offer, and the growing part of the population, whose life lacks stability and prospects.

Even some Americans have already stopped using the concept of the “American dream” and “US democracy” as role models for others to follow. Hence, in the current climate, it is doubly surprising that Puerto Rico or the Free Associated State of Puerto Rico (governed by US Congress) is still planning on having a referendum in November to decide whether it should be admitted to the US as the 51st state, thus potentially joining the ranks of “disenchanted Americans”. 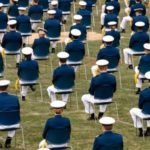 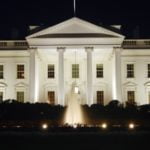