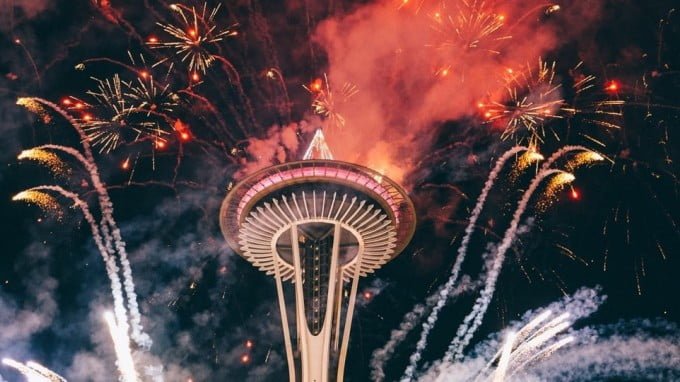 The Seattle Commune is no more.

Declared three weeks ago by radical leftists as CHAZ, the Capitol Hill Autonomous Zone, rechristened CHOP, the Capitol Hill Occupation Protest, the six-block enclave inside Seattle ceased to exist July 1. The cops shut it down.

As Marx said, history repeats itself, first as tragedy then as farce.

If the Paris Commune of 1871 is the archetype, that mass uprising and swift slaughter of the communards who rose against the regime, what happened in Seattle is the farce.

Police Chief Carmen Best, who opposed Mayor Jenny Durkan’s surrender of one of her precinct stations to the mob, explained in exasperation why her cops finally acted:

The shooting death of a 16-year-old and critical wounding of a 14-year-old on Monday finally forced the mayor’s hand.

Some journalists touring the CHOP had burbled on like Lincoln Steffens on his first trip to Lenin’s Russia, “I have been over into the future and it works!”

They wrote of “peaceful” meetings, “documentary screenings” and “concerts.” Best was more hardheaded about what she found after recapturing the CHOP: “After walking through the area I was stunned by the amount of graffiti, garbage, and property destruction.”

Apparently, however, Mayor Durkan does not want posterity to forget the glory days of what she had predicted would be a “summer of love.”

“Durkan called for charges to be dismissed against those who were arrested for alleged misdemeanors … The mayor also said that Seattle arts and parks departments would preserve a community garden and artwork and murals that protesters created within the zone.”

Hard to believe. Statues of Washington, Jefferson, Jackson, Lincoln, Grant and Theodore Roosevelt are dragged down, while the murals and graffiti of misfits who trashed downtown Seattle are to be preserved.

This raises a larger question.

Have the six weeks of protests since the death of George Floyd — weeks featuring riots, looting and trashing of city centers, desecration of monuments from Columbus to the Founding Fathers, presidents and Confederate generals, proven to be a cultural and political victory for the radical left?

More precisely, is the mob winning?

The case can be made that the mob has won already. People have gotten away with massive demonstrations blocking roads, highways and parks. Shopping areas in elite and working-class sections of scores of cities have been torched and looted. Police have been insulted, taunted and showered with debris.

Result: Mob demands to “Defund the Police” have been met by political concessions and capitulations. Minneapolis is moving to abolish its police force. New York Mayor Bill De Blasio has slashed $1 billion from the NYPD budget. Protesters camping out at city hall are demanding more.

Joe Biden, who began his campaign by telling us how well he had gotten on with the old segregationist senators like Jim Eastland and Strom Thurmond, has been scrambling as swiftly as he can in that basement.

“(W)ith regard to those statues and monuments, like the Jefferson Memorial, there’s an obligation that the government protect those monuments because they’re different. That’s a remembrance, it’s not dealing with revering somebody who had that view. … They may have had things in their past that were now and then distasteful, but that’s a judgment.”

This mush comes from a senator who probably cannot remember how many Jefferson-Jackson Day dinners he has attended and addressed.
Consider what else the radicals and rioters have accomplished.

They have made mass civil disobedience an acceptable and even praiseworthy form of protest, if you are justifiably outraged. They have won near-immunity for burning and looting stores. Blanket amnesties at the state and city level appear to be in the cards.

With the collaboration of an allied and indulgent media, the radicals have turned public opinion against the cops. They have forced the issue of defunding the police onto the national agenda. They have pulled the center of gravity of politics sharply to the left.

Contrast how our establishment has been panicked into headlong retreat, with how Xi Jinping’s Chinese Communist Party handled its year of protests in Hong Kong — protests aimed at attaining the democratic rights that the American protesters are abusing.

The Chinese made a calculated decision: They would not use the methods they had employed in Tiananmen Square in 1989. But bottom line, they would also not lose Hong Kong to the democratic camp.

Beijing has now taken over Hong Kong, stifled the protests and begun a roundup of those who initiated and led the disorders.

And the West has done nothing.

As the world observes how the world’s greatest democracy handles disorders arising from left-wing radicals, and how China is handling an anti-Communist uprising in its city of Hong Kong, which appears to be more in command and control of its nation’s destiny? 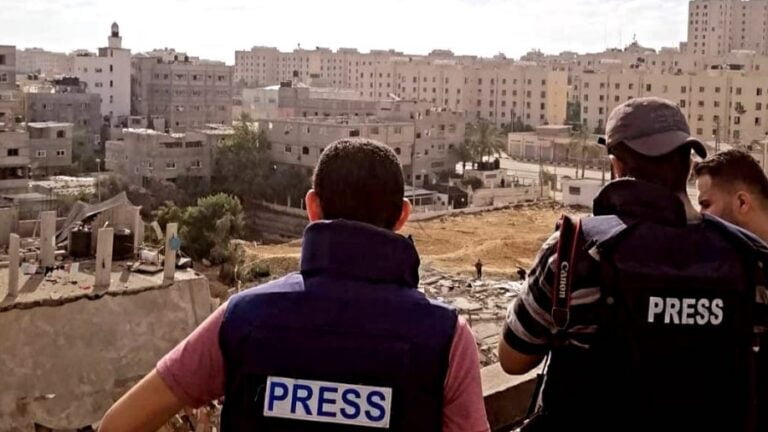 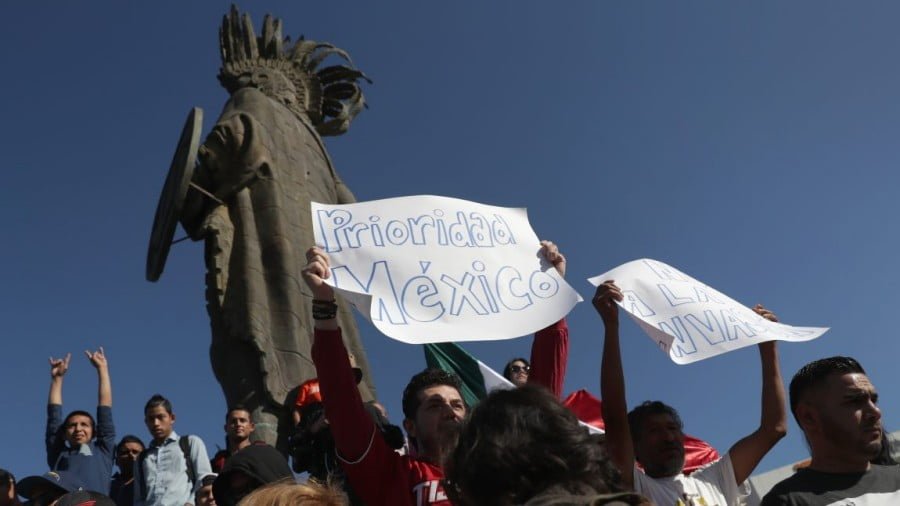 “Mexico First” anti-migrant protests are taking place in the border town of Tijuana. The very fact that this is happening at all dispels the Liberal-Globalist Mainstream Media smear attacks that everyone opposed to illegal migration is a “racist”, “fascist”, and/or “white supremacist”, and it also debunks the actually racist notion that Mexican society is politically… 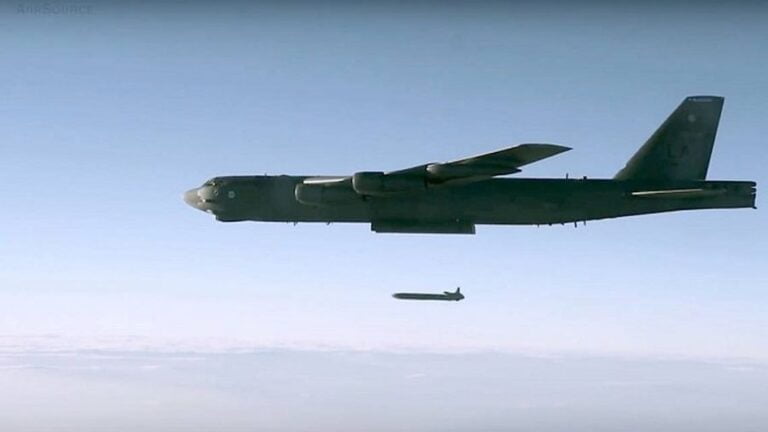 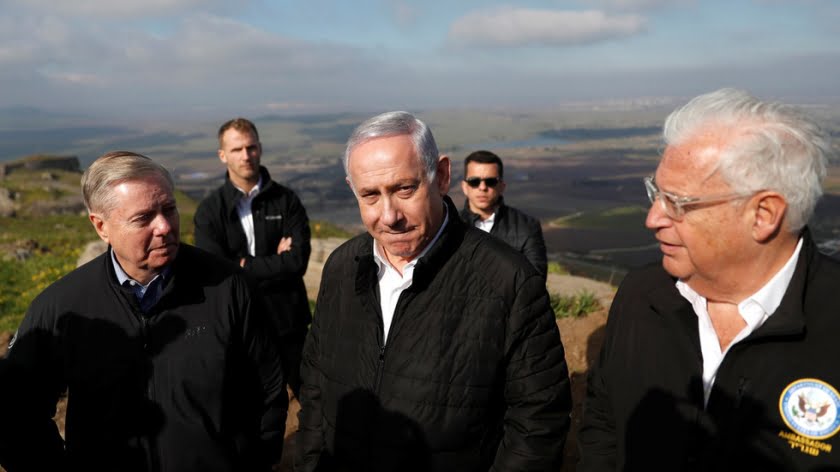