The terrorist attack that was committed by a religious extremist against a French schoolteacher who showed his students cartoons mocking the Prophet Muhammad as part of a free speech lesson raises questions about the issue of self-censorship in Western societies, with the two points of contention being whether the victim shouldn’t have done what he did despite having the legal right to do so but also whether the offended schoolchildren’s parents shouldn’t have revealed indirectly identifying information about him when they complained about it on social media.

The Western world is shocked after a recent terrorist attack was committed by a religious extremist against a French schoolteacher who showed his students cartoons mocking the Prophet Muhammad as part of a free speech lesson. It’s unclear whether the victim was stabbed in the throat or beheaded, but either way, this gruesome murder has shaken many countries to their core. Reports indicate that the terrorist was an ethnic Chechen asylum seeker who was born in Moscow but lived practically all of his life in France before police shot and killed him following the attack. The specifics of this incident have raised questions about the issue of self-censorship in Western societies. The two points of contention are whether the victim should have self-censored despite having the legal right to do what he did but also whether the offended schoolchildren’s parents should have done the same instead of revealing indirectly identifying information about him when they complained about his lesson on social media.

Before going any further, it needs to be clearly said that harming anyone who offends someone else is totally wrong, and that nothing justifies the heinous act of terror that was committed against the French schoolteacher. It should also be pointed out that foreigners have a moral obligation to assimilate and integrate into the countries where they migrate regardless of the reasons why they left their homeland (economic, political, humanitarian, etc.). Furthermore, everyone has the right to peacefully express themselves but they mustn’t break the law when doing so. The terrorist could have protested, started an online petition, or done something equally peaceful instead of murder his victim. That said, revealing indirectly identifying information about someone when complaining about them on social media might make those who post and share such materials morally responsible if it inadvertently provokes a deranged person into harming the offender. A fine line must therefore be walked, hence the multisided concerns about self-censorship.

In a theoretically “pure” democracy taken to the extreme, people would be allowed to express themselves however they want about anything or anyone without any legal consequences. This model doesn’t take into account the social damage that such a chaotic systemic could lead to if it’s exploited as is inevitably bound to happen. For instance, most countries rightly place restrictions on free speech in order to prohibit the proliferation of child pornography and terrorist propaganda. They also make it illegal to openly threaten someone with physical harm. In addition, other states take it even further by banning blasphemy or inciting ethnic hatred since these actions could seriously disrupt the national social fabric and quickly lead to an uncontrollable outbreak of violence in the worst-case scenario if they aren’t contained. The larger question thus becomes one of whether the democratic principle of allowing unrestricted free speech should be respected or whether safeguards should be put into place to prevent dangerous demagoguery.

There’s no universal standard in place since each country is different, but there are certain trends that can be identified within civlizational spheres. Constitutionally secular countries practicing Western models of governance most often place less restrictions on free speech than officially religious states or those with a very assertive religious majority as well as countries that practice non-Western models of governance. To be more specific in the context of this analysis, France is an officially secular state which legally bestows the right upon anyone to offend others’ religious sensitivities with impunity while that would be unthinkable in most Muslim-majority countries. The problem in this case is that a “civilizationally dissimilar” foreign didn’t accept the socio-legal standards of the country in which he lived, instead having decided to carry out an act of terrorism to violently express his disapproval of a local exercising their largely unrestricted right to free speech. It should also be pointed out that the terrorist was clearly radicalized and doesn’t represent the vast majority of Muslims.

Legally speaking, the victim did nothing wrong, and they shouldn’t be blamed or shamed for what happened. On the moral front, however, some might argue that he was irresponsible in sharing cartoons with his students that mocked the Prophet Muhammad. Those who ascribe to the second-mentioned belief are also critical of the infamous Charlie Hebdo and other such publications the world over that disrespect one of Islam’s most revered figures. Again, nothing can ever justify an act of terrorism — especially one committed on the grounds of the perpetrator’s warped extremist interpretation of religion — but in a society where such threats are disturbingly becoming more common (mostly stemming from the refusal of “civilizationally dissimilar” migrants and even native-born ethno-religious minorities to assimilate and integrate into the national fabric), some might have a point in saying that it was at the least very risky for the schoolteacher to do what he did. Still, others who uphold their society’s/civilization’s standards and the constitution see him as a free speech martyr.

What Social Responsibilities Do The Rightly Offended Have?

Questions of law and morality are also relevant to those who are rightly offended by certain expressions of others’ freedom of speech in the societies/civilizations where this is largely unrestricted like in France. A pious Muslim is just as offended by seeing caricatures of the Prophet Muhammad as a pious Christian is of seeing the same disrespect shown towards Jesus, or even if both of them just hear about it having been committed. It’s therefore understandable why the Muslim schoolchildren were offended, as were their parents and wider religious community upon hearing about what happened, but the emerging debate is whether they had a social responsibility not to share indirectly identifying information about the schoolteacher which some believe inadvertently provoked the terrorist into committing his terrible attack. The terrorist was already radicalized and would have probably committed a similar act against someone else who offended him sometime in the future, but the point to be made is about the social responsibilities of the rightly offended.

In an ideal world, everyone and no one would compromise, as paradoxical as that sounds. People would be able to express themselves as freely as they’d like about anything in any way no matter how offensive it might be while they’d also be free from being exposed to anything that might offend them. That’s obviously unrealistic, hence why there’s a push to pressure each peaceful side of the examined issue — those wanting to exercise their freedom of speech as granted by law and those who are offended by certain manifestations thereof and thenceforth take to social media to complain — to self-censor. On the surface, that’s the best solution since it would theoretically result in free speech advocates tempering their urge to express themselves in ways that might offend others while those who might end up offended regardless would think twice about the way in which they complain about what happened so as not to unwittingly direct deranged individuals against the offender. Alas, that’s not how the world works, so some a more realistic compromise must be made.

Everyone should acknowledge the equal existence of different social/civilizational standards, which of course isn’t the same as agreeing with them. They should also be mindful of whether their own such standards represent the minority or majority sentiment in whichever place that they’re present, whether in their own country or elsewhere. If their freedom of speech risks offending the majority’s ethno-religious sensitivities or breaking the law of the land, then they should exercise caution and possibly consider self-censoring. The same could be said when complaining on social media about someone who offended them. If the post in question could indirectly identify the offender and possibly direct deranged individuals against them, then it would be wise to self-censor unless they tacitly want the offender to be harmed (like many liberals do when doxxing “offensive” conservatives in the US). As for ethno-religious minorities, both native-born and foreigners, they should always be mindful of the majority sentiment out of respect and in order to avoid provoking violence.

It All Comes Down To Respect

Militant attempts to impose any sentiments onto anyone are always wrong, be it by the majority upon the minority or vice versa. Instead of a culture of self-censorship in the countries where these concerns are most serious (particularly ones with Western governance models as earlier described), a culture of respect should pervade instead. While it might be legal to insult religious feelings, it’s unquestionably disrespectful to do so. Likewise, the offended party — particularly if they’re “civilizationally dissimilar” minorities — should use all legal mechanisms at their disposal to effect the positive change that they want to see in society instead of aggressively demanding action against the offender (especially in ways which could put them in danger) or carrying out destabilizing acts (including violence) against the state that legally allows them to disrespect others in such a way. The balance between legal freedoms, self-censorship, and respect will never be perfect, but it’s a goal that everyone should aspire towards in order to avoid inadvertently provoking a “clash of civilizations”.

The French schoolteacher terrorist attack was an atrocity that never should have happened. The victim shouldn’t be blamed but everyone should acknowledge that he was playing with fire by offending Muslim sensitivities in such a provocative way despite it being legal, especially when considering that France already has a problem with religious radicals (who don’t represent the vast majority of Muslims). Likewise, while it’s understandable that the terrorist and many others were offended by what the victim did, that’s no excuse to carry out an act of violence against him, let alone murder him. It’s regrettable that the offended schoolchildren’s parents and their community shared a social media post that revealed indirectly identifiable information about the teacher that some think triggered the terrorist into launching his attack. The moral questions surrounding this truly lamentable incident aren’t exclusive to what happened but are enduring ones relevant to all societies the world over, especially ones that practice Western models of governance, and should be deeply pondered by everyone. 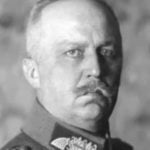 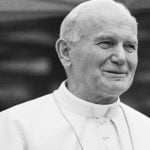