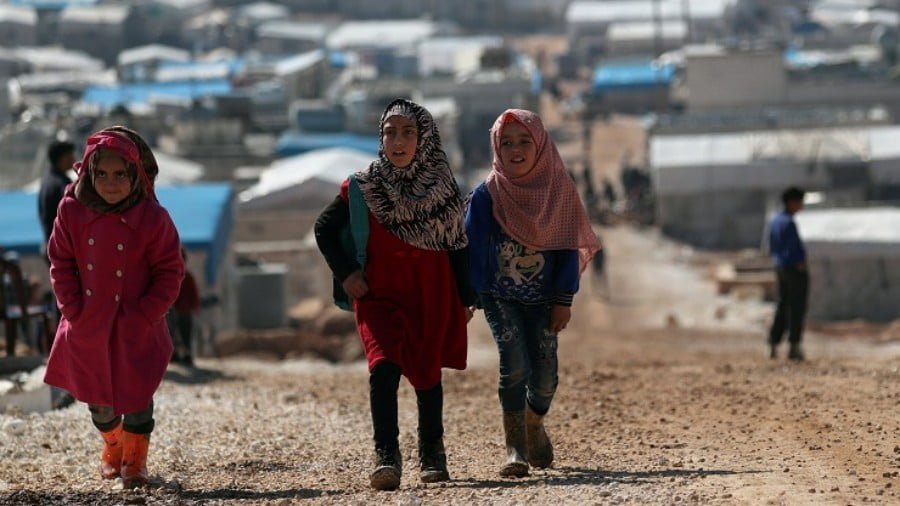 The armed conflict in Syria caused the most severe material and moral damage in this country’s history. According to some published media estimates, the total amount of direct material damage caused to Syria’s infrastructure resulting from the war is $ 4.5 billion, indirect damage – about $ 28.6 billion.

According to a report by the Qatar-based Syrian Human Rights Network (SNHR) published by Turkish media outlets, since 2014, as a result of attacks by the anti-terrorist coalition led by the United States, more than 3 thousand peaceful Syrians have died, and the fate of 8 thousand is unknown. In addition to the destruction inflicted by the terrorists, the so-called “fighters against terrorism” have destroyed schools, markets, hospitals, power plants, and the country’s economic structure.

Since 2011, about 6 million people have left Syria, and 6.6 million have become internally displaced persons (IDPs). Many refugees and IDPs fled due to fear of terrorism; others fled due to infrastructure destruction. They lost not only their homes but also their jobs.

The international conference on the return of Syrian refugees to their homeland, which started on November 11 in Damascus, was dedicated to searching for ways to restore Syria. Russia supported the holding of such a conference, raising the problem of refugees in Syria to the international level and taking the initiative to convene it, according to UNSCR 2254. However, the European Union, the United States, and several other countries where Syrian refugees live, ignored the event, refusing to participate. Moreover, the United States actively sought to disrupt its holding, organizing, in particular, a meeting of the “small group on Syria,” which in addition to the US includes Saudi Arabia, Egypt, France, Germany, Jordan, and Great Britain, and urging partners to boycott the conference in Damascus.

Attention is drawn to the fact that this position is taken by countries directly involved in fanning the “Syrian fire” and supporting anti-government forces and the hot phase of the internal Syrian conflict. However, they bear the primary responsibility for the tragedy of millions of Syrian citizens forced to leave their homes. The West’s actions are clearly at the expense of thousands of Syrian refugees and only exacerbate the divisions over the Syrian issue.

The idea of ​​holding the Conference belongs to Russia. It arose back in 2018 after the areas around Damascus and the south of the country were returned to the Syrian authorities’ control. Against the backdrop of these changes, in July 2018, Russian President Vladimir Putin, at a meeting with US President Donald Trump in Helsinki, proposed “organizing cooperation to overcome the humanitarian crisis and helping refugees return to their homes.” As a result of the Helsinki summit, Russia submitted to Washington proposals for developing a joint plan for the return of Syrian refugees to their homeland: primarily from Lebanon and Jordan, as well as from Europe and other countries where Syrian citizens were forced to flee the war unleashed in their country.

Before the start of the Conference and during its work, the authorities of Syria, Lebanon, and many other states, where there are thousands of Syrian refugees, have repeatedly asked the world community to return the Syrian refugees to their homeland. However, Western countries are trying to politicize the refugees’ problem in Syria. Several states have even launched a hostile propaganda campaign to convince refugees that they are supposed to have a bad future in Syria or that they will be “subjected to repression.” EU head of diplomacy Josep Borrell (high representative of the EU) even said on November 10 that the EU and its member states would not participate in the International Conference on the Return of Refugees to Syria because “the conditions are not suitable for their return to their homeland.”

Yes, indeed, the embargo imposed by the West on the SAR presents considerable difficulty in the implementation of the tasks of returning to everyday life for the citizens of the country who have returned to their homeland. This was announced on November 9 by Syrian President Bashar al-Assad during a meeting with Russian President Vladimir Putin, which took place via videoconference. As Assad emphasized, the problem of refugees in the SAR is humanitarian. The West is strongly politicizing the issue of returning Syrians to their places of residence.

The return of refugees to their homeland is also hampered by the West’s refusal to provide financial and any other assistance to Syria in the country’s reconstruction, which has been badly damaged, including through the Western coalition armed forces’ actions. Unfortunately, the West understands “reconstruction” differently from the Syrians and their allies. While Syria speaks mainly about the restoration of a destroyed economy: physical objects, infrastructure, etc., literally rebuilding, then in the West, they openly prefer the term reconstruction, understanding the transformation of statehood with an obligatory transformation of the political system.

Today everyone understands that the scale of destruction in Syria is terrible, and the funds that will be needed to rebuild the country are entirely unaffordable for its current authorities. The Syrian authorities’ assessments, international structures, and independent experts differ by almost orders of magnitude. So, if in November 2017, the United Nations announced Syria’s restoration would cost at least $ 250 billion, representatives of the World Vision charity claim that by the end of 2020, a civil war will cost Syria $ 1.3 trillion. There are also estimates that bring this figure to $ 2 trillion. However, despite the multibillion-dollar damage the United States and its allies have inflicted on Syria, they do not want to invest a cent in rebuilding that country until the current government is defeated. From the American perspective, the Syrian war is merely an alternative way to control the extraction and export of raw materials from an independent state.

However, despite the West’s refusal to participate in Syria’s reconstruction, this country’s authorities, with its allies’ support, are trying to create the necessary conditions for refugees’ return to life establishment. The hotbed of international terrorism in Syria has been eliminated. At present more than 70% of the country’s territory has been cleared of radical jihadist groups, peace and tranquility have come to most of the republic. Therefore, there is an excellent opportunity to ensure the massive return of refugees home. As a result, more than 1.3 million of the 6.6 million internally displaced persons have already returned home. Approximately 12.5 thousand successful projects for the reconstruction of infrastructure facilities are successfully implemented. Russia alone, within the framework of the energy roadmap approved in 2018, plans to restore about 40 infrastructure facilities in Syria, including a cascade of hydroelectric power plants that were built by Soviet specialists, allocated more than $ 1 billion for the restoration of the industrial complex of Syria and other humanitarian goals. More than 6.5 thousand hectares of Syrian territory and over 17 thousand buildings have been cleared of explosives by Russian sappers in five years, said Mikhail Mizintsev, the head of the Russian-Syrian interagency coordination headquarters for the return of refugees, during the conference. He noted that at the Syrian Armed Forces Mine Clearance Center in Homs, a branch of Russian Armed Forces Mine Action Center, Russian specialists trained 1,245 Syrian sappers who, together with Russian specialists, neutralize territories and buildings mined by terrorists, contributing to the creation of safe conditions for Syrian children and their parents to return to their homeland.

As Russian President’s Special Envoy on Syria Alexander Lavrentiev emphasized during the Conference, the assistance of the international community in returning refugees to Syria will help solve the problem of terrorism in Europe. The need to ensure the UN’s extensive participation and the countries where Syrian refugees are located in the process of their return to their homeland was voiced by UN Resident Coordinator in Syria Imran Riza at the International Conference on the Return of Refugees in Damascus. According to him, “it is important to create universal trust through cooperation for refugees’ free and safe return.”

Starting with Gutenberg’s printing press, then Thomas Edison’s motion picture camera and the introduction of celluloid and the silver screen, and later the cathode ray tube – a select few media institutions, and the men behind them, have enjoyed monolithic monopoly over the information we see and hear. Their machine is awesome and seemingly unstoppable, and… 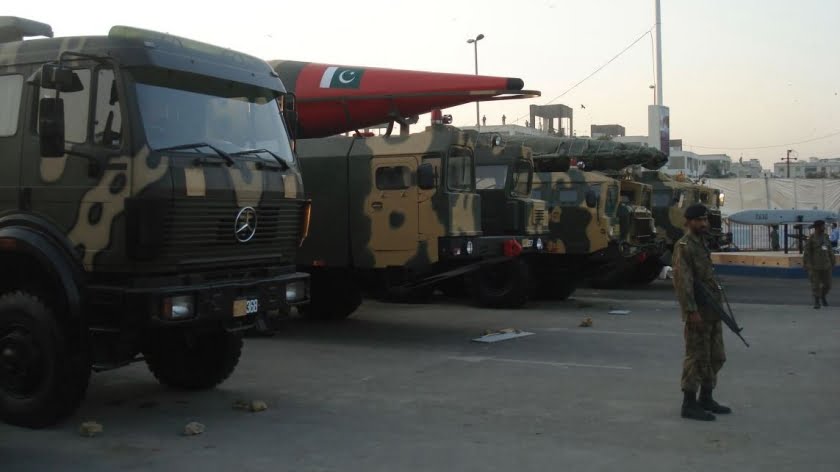 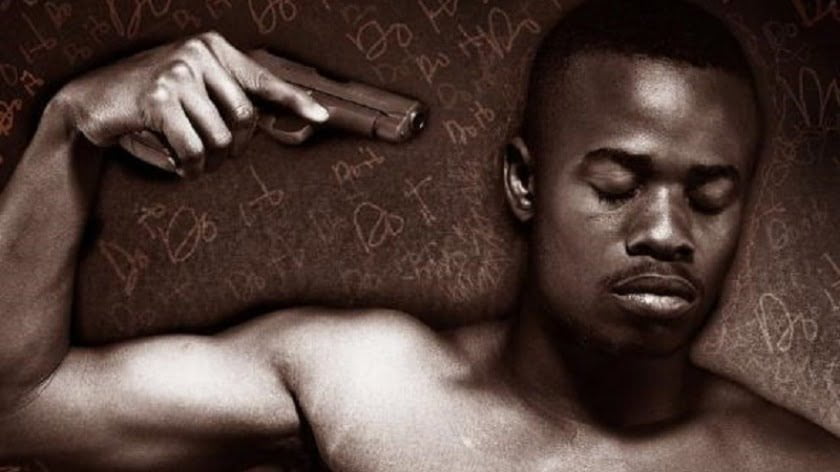 The situation in Algeria, regardless of the advanced age of President A.A. Bouteflika, with all economic complications in the country, the food crisis is stable due to the purge of the elite, which periodically encircles the head of the government. It weakens the governing clans and does not strengthen them to such a degree as…