Covid-19 is familiar to us as the virus causing a worldwide pandemic that has killed millions. Brexit is withdrawal of the United Kingdom from the European Union, which, although calamitous for Britain, is not a matter for wide international concern. And thirdly, as the excellent researchers of the House of Commons note, “the Dreadnought programme is about the design, development and manufacture of four new Dreadnought class ballistic missile submarines that will maintain the UK’s nuclear posture of Continuous at Sea Deterrence.” The first of these is supposed to enter service in 2028, and “The cost of the programme has been estimated at £31 billion.”

The commonality of the three phenomena is that the UK would be better off without any of them. It would also benefit from removal of prime minister Boris Johnson, whose grotesque incompetence contributed to mismanagement of the pandemic crisis and produced a needless pantomime concerning the mechanics of leaving the European Union. His allocation of vast funds to military projects is irresponsible, and his declaration that “the international situation is now more perilous and intensively competitive than at any time since the Cold War” is absurd. No country threatens the physical security of the United Kingdom.

The atmosphere in the UK is unhealthy, and not only in a covid-droplet sense. It is ghoulish because the country has been split into two groups comprising those who wish the country had stayed in the European Union and those who supported exit on almost any terms. There is no dialogue at all : there are flat statements, followed by flat contradictions, followed by personal abuse. Matters are made worse by inflammatory comment in media outlets that seek to gain popularity (and sales) by encouragement of a divisive, malevolent nationalism.

On 4 October Johnson said “This country has not only left the European Union but on January 1 we will take back full control of our money, our borders and our laws,” which is a typical political generalisation designed to appeal to the masses. Following announcement on 24 December of a final agreement the Washington Post sagely observed that “Many in Britain and abroad fear Johnson’s vision is a magician’s feint, and that the prime minister’s “Global Britain” will turn out to be runt, a Little England, a diminished power, hobbled by nativism, chasing nostalgic dreams stoked by tabloid newspapers.”

Most of the UK’s tabloid newspapers rejoiced about what they regard as “victory” and the Telegraph, for example, revelled in claiming that “The vindictive EU tried to humiliate Britain but we proved we had the character for independence.” Other rags crowed mightily, as did the government, which produced a supposedly ‘internal’ but instantly leaked ‘Table of Victories’ claiming that on “Key Issues” the British had “won” 28 and the EU 11. This immature bragging deflected national attention from the rapidly expanding Covid-19 crisis.

On 22 December Anthony Costello, professor of global health at University College London noted that “China and South Korea have recorded three and 12 deaths per million people respectively. By contrast, based on the government data for deaths occurring within 28 days of a positive Covid test, the UK has recorded 970 deaths from Covid per million people,” which is ninth worst in the world.

The reasons for Britain’s shocking death rate are the government’s reluctance to accept unpalatable facts as presented by its expert scientific advisers and failure to take action until crisis dictates it must. This was summed up in the Sydney Morning Herald’s comment that the situation was due to “Johnson’s . . . destructive habit of promising false dawns, simply because he cannot stand to be the bearer of bad news.” The government has failed to protect people, but this hasn’t dawned on the people themselves.

Johnson’s irresponsibility was in evidence as early as March when he declared “I’m shaking hands . . . I was at a hospital the other night where I think a few there were actually coronavirus patients and I shook hands with everybody, you’ll be pleased to know, and I continue to shake hands.” His own experts, the Scientific Advisory Group on Emergencies, had just warned that the government should “advise against greetings such as handshakes and hugs”, but Johnson prefers to play to the gallery of public opinion rather than convey an unpopular message, however sensible that might be.

The common-sense crunch does come, however, to even the most airy-fairy optimists, and immediately after Johnson announced relaxation of health precautions over Christmas he had to perform a somersault. A new strain of the virus had hit the country, and he was forced to say “It is with a very heavy heart that I must tell you we cannot continue with Christmas as planned,” although, with a lift in his voice, he pointed out that “many of our European friends and neighbours are being forced to take similar action” which presumably made things better. He had, after all, said that cancelling Christmas would be “inhumane” and it must have been hard for the arch-humbug to have his bluff called so dramatically. But in spite of the ‘Tier Lockdown’ chaos that ensued for millions, Johnson continued his campaign for Brexit “victory” and loudly rejoiced that his stumbling machinations resulted in the UK leaving the European Union on terms that could and should have been accepted by London a year ago.

It is disturbing that so many Britons, as typified by Johnson, are obsessed with “victory” over anything that might be considered a problem — and of course over some things that are presented as threats. For example, in November Johnson affirmed he was increasing military spending in order to “restore Britain’s position as the foremost naval power in Europe”. He told Parliament he made the decision “in the teeth of the pandemic” because “the defence of the realm and safety of the British people must come first”, which sentiment was and continues to be irrelevant in the context of international developments. The commitment to Dreadnought-28 is as farcical as “Continuous at Sea Deterrence”, a meaningless posture that is to cost over 30 billion pounds, which Britain cannot afford.

Which brings us to yet another Johnson tap-dance away from truth, because although on 19 November he said “we will continue to lead the world” in overseas aid, this lofty pronouncement was followed on 25 November by the announcement that Britain is cutting overseas aid to 0.5 per cent of gross national income, thereby saving four billion pounds, no doubt to be spent on making Britain the “foremost naval power in Europe.”

Britain is in a parlous economic condition, and is suffering from social rupture of a viciousness unknown in recent history. It is led by a poseur whose self-esteem is akin to that of the equally repellent Trump. Things would be better if Johnson were to go — but there does not appear to be a quality leader among the squalid bunch of politicians who at present occupy government and whose idea of achievement is scoring silly rhetorical points over political opponents. The country will continue to slide downhill to turmoil, just as its Covid lockdown drops from Tier to Tier, and it will be the poor and destitute who suffer most. 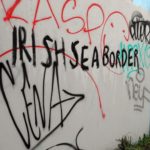 Israel Leading Scientist Admits: “the Vaccine May Not be as Effective as We Thought.'
Opinion
BREXITCOVID-19EconomyUK