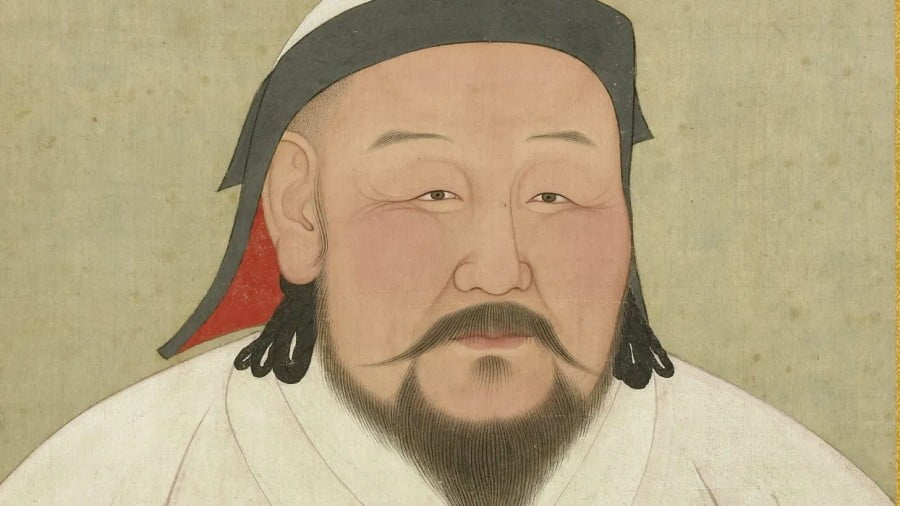 Have an auspicious Year of the Ox, everybody. And to celebrate it in style, fleetingly alleviating our burden in these times of trouble, let’s plunge into a dream within a dream, going back to the future for a game-changing moment in Chinese history.

Chinese New Year’s Day, 1272. At the time, that fell on January 18. Kublai Khan, after issuing an imperial edict, establishes the official beginning of the Yuan dynasty in China.

That may have been a Chinese-style dynasty in all its accouterments, set up according to millenary rituals and following a classic structure. But the people who were running the show were definitely the sons of the steppe: the Mongols.

Kublai Khan was on a roll. In 1256 he had started building a summer capital north of the Great Wall of China, Kaiping – renamed Shangtu in 1263. That was the Xanadu of Coleridge’s sublime poem – later decoded by the genius of Jorge Luis Borges, that Buddha in a gray suit, as containing an “unrevealed archetype”, an “eternal object” whose “first manifestation was the palace; the second, the poem.”

In 1258, after fighting, successfully, a court conspiracy, Kublai’s brother Mongke – then the Great Khan – gave him the strategic command of one of the four divisions of the Mongol army in a new offensive against the Song dynasty in China.

But then Mongke died – of fever – outside Chungking (today’s Chongqing), in 1259. The succession was epic. The Khan’s younger brother, Ariq – who had stayed in the Mongol capital Karakorum to protect the homeland – was about to go medieval to capture the throne.

Hulagu, also Kublai’s brother, and the conqueror (and destroyer) of Baghdad – actually the conqueror of nearly all of West Asia – stopped his military campaign in Syria and run back home to support Kublai.

Kublai finally got back to Kaiping. A khuriltai – the imposing, ceremonial Mongol council of tribal chieftains – was finally held. And Kublai was proclaimed Great Khan in June 1260.

The immediate result was civil war – until Ariq finally caved in.

In Turkic, the city was named Khanbalik (“royal capital”). That’s the Cambalac we find in Marco Polo’s travels.

Kublai’s war against the Song dynasty was an immensely protracted affair. His final victory only happened four years after he became Great Khan – when the Song empress dowager handed him over the imperial seal.

The Yuan dynasty was a de facto, historical game-changer – because deep down the Mongols, nomad sons of the steppe, never trusted the sedentary, refined, urbanized Chinese.

Kublai, though, was a master strategist. He kept a lot of very important Chinese advisers. But later on, his successors preferred to staff the administration with Mongols, assorted Muslims from Central Asia, and Tibetans.

The Great Khanate under Kublai included Mongolia and Tibet – which, of course, were not Chinese. Yet the most extraordinary point is that Yuan China was in fact integrated and/or absorbed into the Mongol empire. China became part of the Khanate.

The Yuan dynasty also sealed a defining moment in Mongol history. The Mongols were always open to the influence of every religion. But all in all, they remained fundamentally pagan. The ones who really commanded their attention – and devotion – were their shamans.

Still, some Mongols had converted to Nestorian Christianity. Kublai’s wife, Chabi, was a fervent Buddhist. But then Kublai’s generation, en masse, started to turn towards Mahayana Buddhism. Their tutors were not only Tibetans, but Uighurs as well.

And that leads us to a key juncture. Kublai decided he needed a unified Mongol script to congregate the Babel of languages spoken across the Khanate.

The man appointed to carry the formidable task was Phagspa – Kublai’s National Preceptor, the Viceroy of Tibet, and later imperial preceptor, that is, the supreme authority over all Buddhists in the whole Mongol empire.

Phagspa came up with a script, not surprisingly, based on the Tibetan alphabet. Yet that was written vertically – like Chinese script, and Uighur and Mongol script.

In 1269, three years before the official start of the Yuan dynasty, that became the official writing system. Why is that so important? Because it was the first multilingual transcription system in the world.

Then there’s the all-important matter of food.

Kublai was a gourmet. Cooks held a special, very prestigious role in the Mongol universe. They were close companions to the Khan, who trusted them to keep his food always poison-free. Cooks were also members of the keshig – the Khan’s praetorian guard. That means they were also accomplished warriors.

In Chinese imperial tradition, the Son of Heaven was supposed to follow a perfectly balanced diet; that’s how he secured stability for the world at large. Meals of the Chinese emperor – the living link between Heaven and Earth – marked the passage of time, and the alternation of yin and yang.

Kublai, as a keen student of Chinese tradition, must have been introduced by his court advisers to a famous passage from the Chinese classic The Master Zhuang. The appropriately named “Essentials for Nourishing Life” features a dialogue between the Duke Wenhui of Wei and his cook, Ding, who happens to be butchering… an ox.

The most extraordinary thing about this tale – which sort of prefigures the writing of Borges – is how Ding, the cook, describes his art to the master: how to dissect an ox by steering his blade through the open spaces between the joints.

It’s all a matter of concentrating on the Dao. That is, going with the flow – and respecting natural anatomy. That’s how you learn to navigate the complex carcass of life itself – facing no resistance, and without exhausting vital energy.

So there it is: a cook as a Daoist philosopher. Borges would have loved it.

The message: if we want to live a life on the edge of a knife that can’t be blunted, we should be working between the joints.

Sounds like a life lesson we all should heed for a properly Ox-picious year. 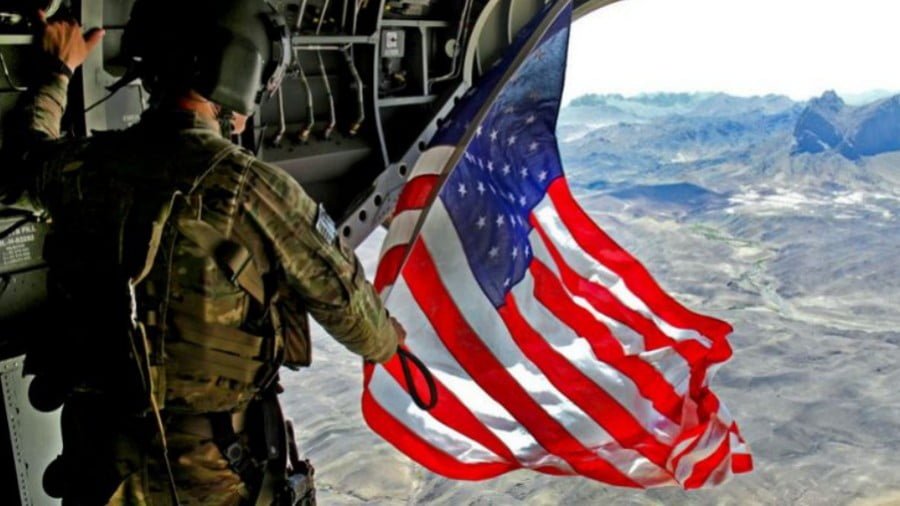 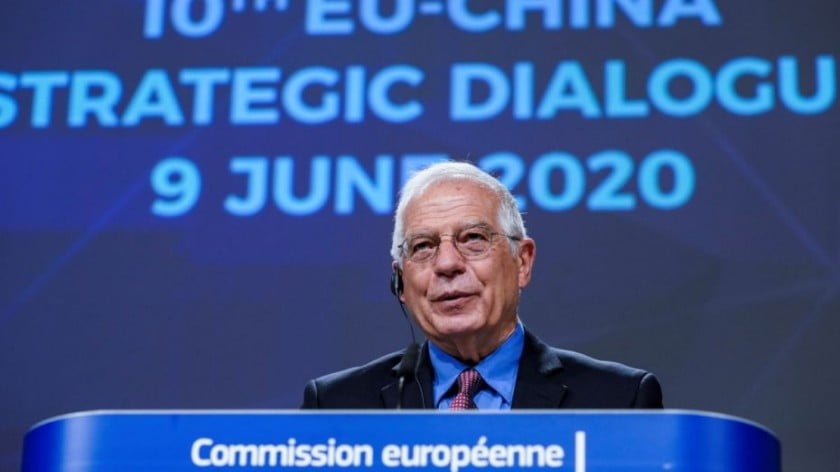 China published a report on the United States‘ human rights situation on Thursday. The report, titled “The Human Rights Record of the United States in 2016,” was released by the Information Office of the State Council, China’s cabinet, in response to “the Country Reports on Human Rights Practices for 2016” issued by the U.S. State… 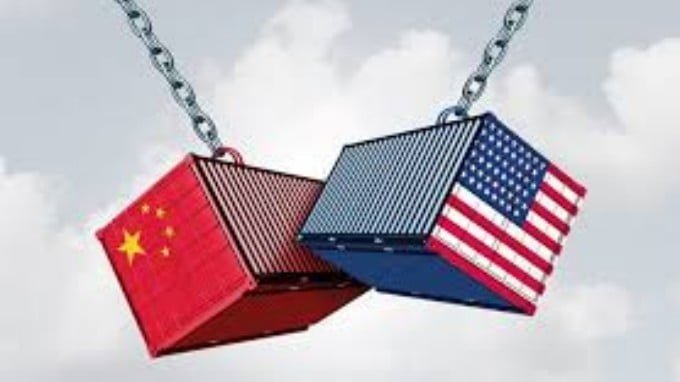 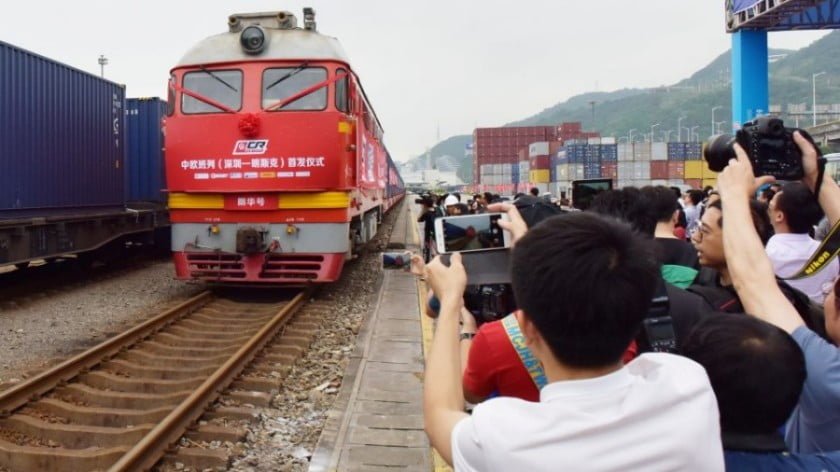