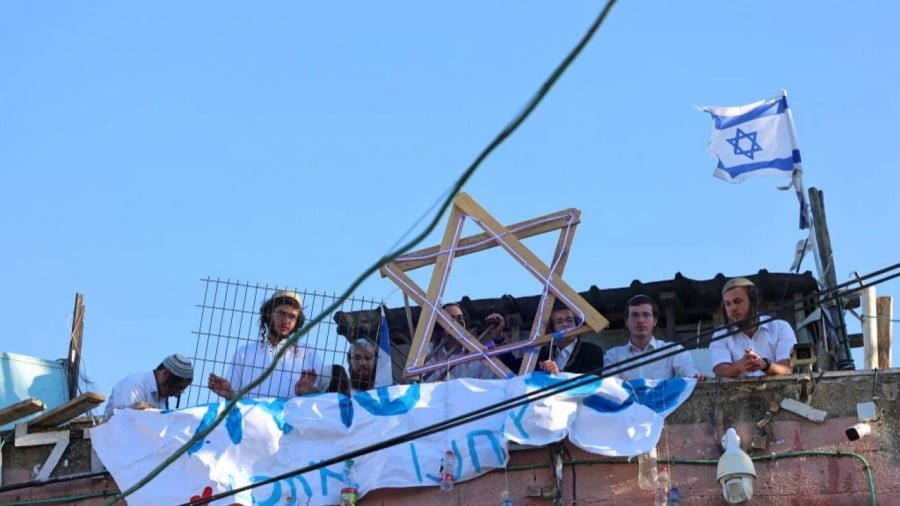 The death and destruction in Gaza and occupied East Jerusalem have drawn international attention in recent days. But at the core of this round of violence, the most intense since Israel’s 2014 assault on Gaza, are Israel’s efforts to displace Palestinians from their homes in Jerusalem and to establish uncontested Jewish supremacy in the holy city.

Israel’s escalation of tensions began earlier this year with the intensification of Israeli settlers’ longstanding threat to expel additional Palestinian families from their homes in Sheikh Jarrah. Then, at the start of Ramadan, Israeli police blocked off the plaza in front of Damascus Gate, a traditional gathering spot for Palestinians after daily fasting. After two weeks of protests, the barricades came down.

Israel and its advocates commonly portray the evictions as a simple ‘real-estate dispute,’ but, in reality, the removal of these families is part of a plan to Judaise the area

Smarting from this retreat, Israeli security forces tried to limit the number of worshippers at al-Aqsa Mosque on the last Friday of Ramadan. Some 200 Palestinians were injured and others were arrested in fierce confrontations. Palestinians then barricaded themselves inside the mosque in anticipation of the “Jerusalem Day” march scheduled for 10 May – an aggressive and typically violent demonstration of settlers and their supporters seeking to assert Jewish control over all of Jerusalem.

Israeli authorities ultimately rerouted the march, and the Supreme Court postponed a decision on the Sheikh Jarrah expulsions that had been scheduled for the same day. But in an unprecedented assault on al-Aqsa Mosque, Israeli forces fired rubber-coated steel bullets, stun grenades and teargas into the mosque and adjacent areas, injuring some 300 Palestinians.

This was the proximate cause of Hamas’s decision to fire rockets towards Jerusalem on 10 May, but the group was also likely seeking to assert itself as the “true” defender of Jerusalem in light of the Palestinian Authority’s flaccid response to Israel’s latest violations. This might explain Israel’s rapid and disproportionate response.

To date, the heaviest Israeli bombing since 2014 has killed more than 200 Palestinians, including dozens of children, and injured hundreds more. Hamas has fired more than 1,750 rockets and mortar shells towards Israel, but fewer than a dozen deaths have been reported on the Israeli side.

The confrontation in Sheikh Jarrah has a long and tragic history. After Israel began its occupation of East Jerusalem in the wake of the 1967 war – later in 1980 declaring the territory annexed, in defiance of international law – Sheikh Jarrah became a focal point of early Israeli efforts to Judaise the city. The Jewish settlement neighbourhoods of Ramat Eshkol, French Hill and Maalot Dafna were built up around it, and in 1972 Israeli settler groups began working to evict Palestinians from Sheikh Jarrah.

Jews lived in Sheikh Jarrah before 1948, when Jordan took control of East Jerusalem. But while Israel bars Palestinians whose property was seized during the Nakba from reclaiming it, it does allow Jews who owned property before 1948 to file claims reasserting their ownership.

In 1956, the United Nations agency for Palestinian refugees struck a deal with the Jordanian government to settle 28 refugee families in Sheikh Jarrah. In exchange for giving up their status as refugees, they were to receive title to their houses after three years. But their ownership was not formalised before the 1967 war, and in 1972 two Jewish organisations asserted that they were the rightful owners. The groups subsequently transferred their rights to the Nahalat Shimon settler organisation, which has relentlessly pursued the dispossession of Palestinian families.

In 1982, several of the Palestinian residents signed a deal granting them status as “protected tenants” in return for forfeiting their ownership claims, meaning they could not be evicted as long as they continued to pay rent, but they have since rejected that deal, saying they never agreed to give up ownership.

Some families have been evicted after refusing to pay rent, despite a lack of firm legal evidence that Jews owned the land. Israeli courts have also rejected Ottoman-era documents supporting Palestinian claims to the land.

This past February, six more Palestinian families received orders to vacate their homes, prompting protests and confrontations between Palestinians and their Israeli supporters and Israeli police and religious-nationalist settler extremists. Earlier this month, far-right Knesset member Itamar Ben Gvir set up an office opposite one of the homes targeted for eviction, provoking a fight between protesters and settlers. As tensions soared, Israel’s Supreme Court postponed a final decision on the expulsions for 30 days.

Israel and its advocates commonly portray the evictions as a simple “real-estate dispute,” but, in reality, the removal of these families is part of a broader plan to Judaise the area. In addition to Nahalat Shimon’s planned 200-unit residential building in Sheikh Jarrah, another settler group, Ateret Cohanim, reportedly leased a 10-acre olive grove in the neighbourhood from the Israel Land Administration – even though the grove belongs to an Arab company that had previously requested permission to develop it. Nearby, Canadian philanthropists Max and Gianna Glassman are funding the development of a conference centre.

Some Israeli officials are candid about the stakes in Sheikh Jarrah and throughout occupied East Jerusalem. Two decades ago, a master plan for Jerusalem set a goal of limiting the city’s Arab population to 30 percent, although that was later adjusted to 40 percent. During a tour of Sheikh Jarrah in 2002, former Knesset member Binyamim Elon explained that the “strategic plan for the city” was to ensure “a belt of Jewish continuity from east to west”.

In a recent New York Times piece, Aryeh King, a settler leader and deputy mayor of Jerusalem, said the evictions in Sheikh Jarrah were “of course” part of a wider strategy of installing “layers of Jews” throughout occupied East Jerusalem. This, King noted, “is the way to secure the future of Jerusalem as a Jewish capital for the Jewish people”. 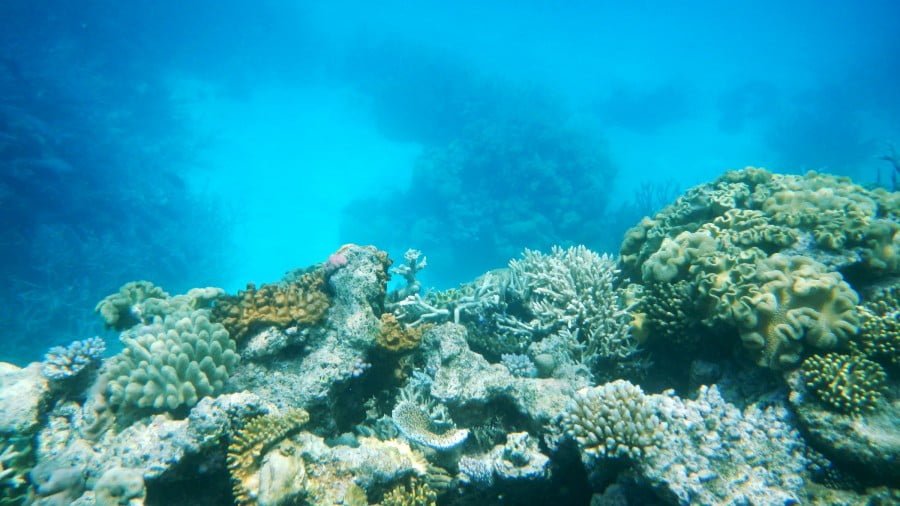 The majority of French people say they are in favor of protectionism, according to the latest OpinionWay poll by Le Printemps de l’Économie and Inseec U. In fact, the figure has risen sharply since the beginning of the COVID-19 pandemic and the European Union’s weak response to external threats like Turkey. This is a fundamental trend… 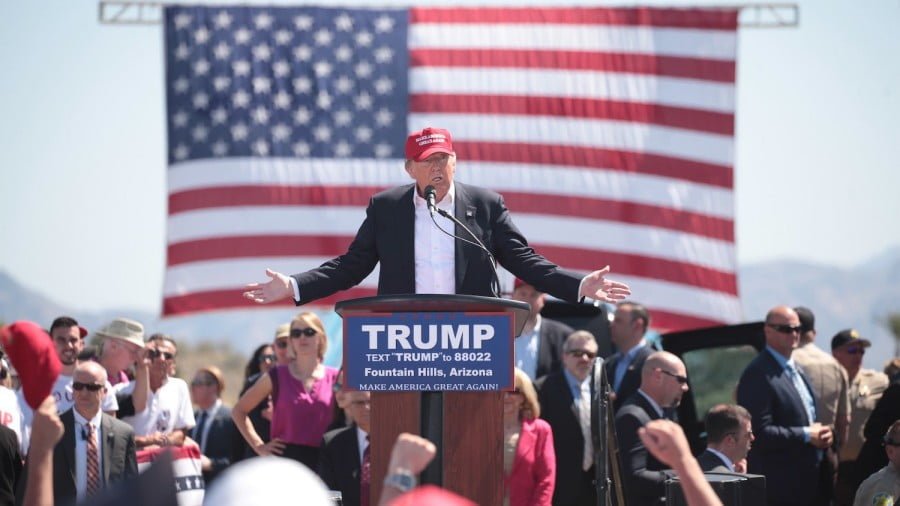 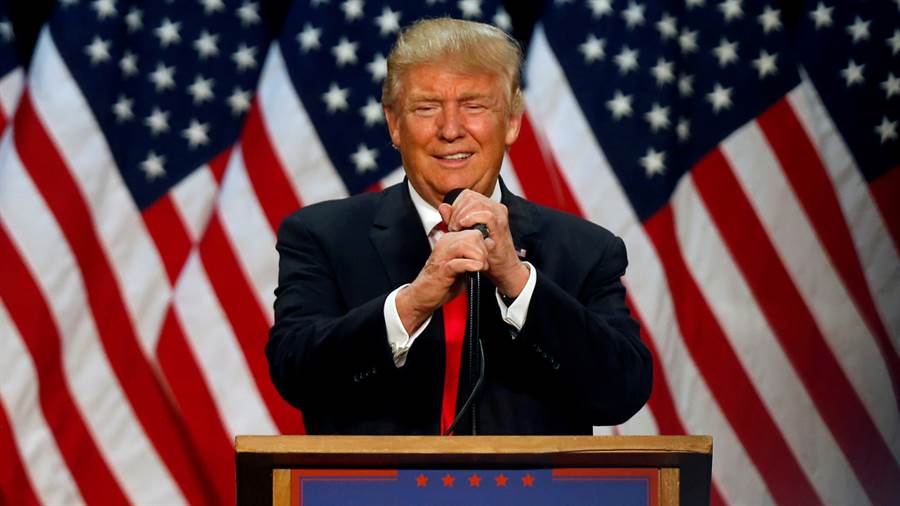