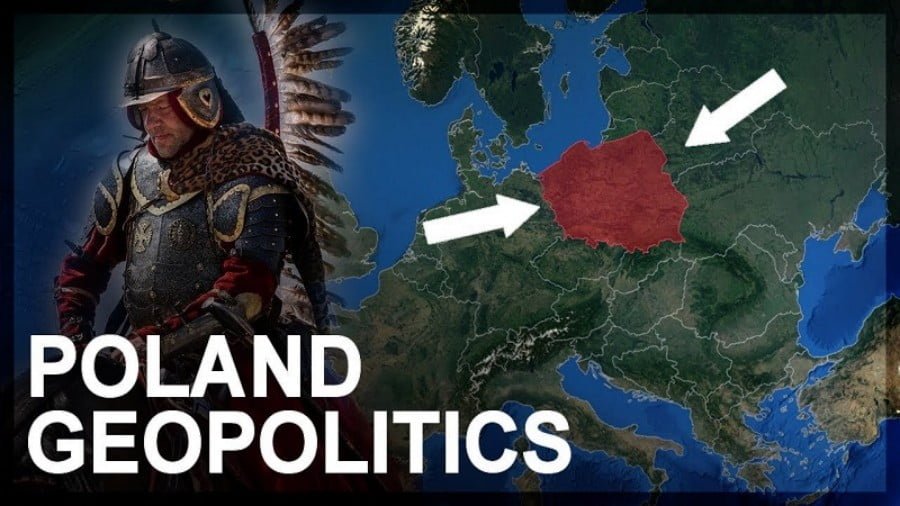 Poland’s counterproductive foreign policy of depending so much on former US President Trump’s re-election, ruining relations with Russia, and openly opposing Moscow’s Nord Stream II gas pipeline with Germany are responsible for its present predicament wherein the leading Central European country now finds itself in an extremely disadvantageous geopolitical position.

No country is more upset than Poland is at US President Biden for passively allowing the Nord Stream II gas pipeline to finish construction with only the most superficial of sanctions. Its representatives have described the project as both a threat to energy security and also most recently “a gas bomb placed under European integration” due to Warsaw’s belief that Moscow will capriciously cut off the tap to its Western customers. The Eurasian Great Power would never do such a thing since it’s arguably just as dependent on its customers as they are on Russia, if not more considering its disproportionate budgetary dependence on such energy sales, which Poland is well aware of.

What worries Warsaw the most, however, is that Moscow and Berlin might “collude” with one another to jointly “manage” the geostrategic Central & Eastern European (CEE) space across which Poland envisions itself becoming the regional leader through the “Three Seas Initiative” (3SI) that it leads as well as that structure’s “Lublin Triangle” core. Poland had hitherto based almost the entirety of its recent foreign policy on former US President Trump’s re-election due to his desire to stop Nord Stream II in order to compel Europe to purchase more expensive US LNG. It also appreciated his support of the 3SI, which irked Germany because Berlin is adamantly against Poland flexing its geopolitical muscles in CEE.

In pursuit of its goal to stop Poland from regaining its historical regional hegemonic status and perhaps even expanding it beyond its prior “sphere of influence”, Germany has been waging an ongoing Hybrid War on Poland intended to overthrow its conservative-nationalist government. The Biden Administration also seems unsupportive of Poland’s current authorities at the very least, if not silently hostile even if only for simple ideological reasons. Nevertheless, both Germany and the US appreciate Poland for playing a leading role in the West’s Hybrid War on neighboring Belarus, which advances very important anti-Russian foreign policy goals. Warsaw isn’t just doing this to please them, but as part of its hegemonic ambitions through the 3SI.

The problem for Poland is that it already burned all of its bridges with Russia so it’s incapable of realistically balancing with Moscow against an increasingly hostile Berlin and perhaps soon even an equally hostile Washington, the latter two of which behave as “frenemies” by being “cordial” for the most part in public but extremely pernicious behind the scenes. Germany’s Hybrid War on Poland through its support of the liberal-globalist Color Revolution opposition pairs perfectly with what Poland regards as the US’ so-called “betrayal” through Nord Stream II and Warsaw’s suspicions of Washington’s grand strategic motives ahead of the upcoming Putin-Biden Summit to put Poland in a very disadvantageous position.

The country’s “negative nationalism”, which builds a large part of its contemporary nationalism solely around its differences (whether real, imagined, or exaggerated) with Russia, blinded it to the strategic shortcomings of its prior policies and resulted in Poland counterproductively burning its bridges with Moscow with passion. Poland recently enhanced its military cooperation with Turkey through a combat drone deal which might in the future provide some pragmatic balancing options considering Ankara’s problems with both Berlin and Washington, but the West Asian country could never repair Warsaw’s balancing act like a rapprochement with Moscow could. That latter option is unlikely though for the earlier mentioned reasons, but it remains the most optimal.

Should Poland ever be able to muster up the political will to stop meddling in Russia’s “Near Abroad” (Belarus & Ukraine), then a breakthrough might in theory be achieved, but this is regrettably unrealistic to expect from the country since it’s convinced itself that its national security is dependent on countering Russian-friendly forces in those two neighboring nations between them. Poland as a state is simply too psychologically traumatized by its history with Russia to ever trust Moscow’s strategic intentions, which was exploited by Germany and the US in order to take advantage of this leading CEE country without its leaders even realizing it until it was too late. This leads to the worst-case scenario from its perspective.

Poland now might have to confront the prospect of being compelled by circumstances to pragmatically deal with Russia if Biden makes progress on advancing a so-called “New Detente” during his upcoming summit with President Putin. Moscow would hold more cards in this case than Warsaw could since the latter couldn’t rely as much on Berlin or Washington to support its regionally destabilizing Russophobic foreign policy to the same extent as before considering the perceived consequences of Nord Stream II’s impending completion. At the same time though, Germany and the US might continue pushing Poland to meddle in Russia’s “Near Abroad”, hoping that if anything goes wrong, then Warsaw can just take the fall for it instead of them.

To put it bluntly, Poland is damned if it does, damned if it doesn’t, and this dilemma vexes its strategists. They riskily bet everything on former US President Trump’s re-election, only to have their entire grand strategy suddenly sabotaged by Biden. They’re too deep into their regional Russophobic destabilization operations in Belarus and Ukraine to pull back now, at least without “losing face” among their people, yet even a pragmatic recalibration of their politics could be seen by their citizens as having been done under so-called “geopolitical duress”, which might reduce the ruling party’s domestic support among certain nationalist forces. Although the ruling party is still pretty popular, its coalition might crack in the future under such foreign pressures.

These considerations make it very difficult to suggest the optimal course of action for Poland since there might be some heavy costs for it either way. All told, though, it would objectively be best if Poland began exploring the options for an incipient rapprochement with Russia even if only for pragmatism’s sake, perhaps seeking solely to agree to so-called “rules of engagement” for “managing” their competition in Belarus and Ukraine. In any case, Poland should seriously consider taking the initiative in independently engaging Russia without Germany or the US’ approval since neither of those two sought Poland’s in doing what they recently did. If Poland aspires for regional leadership, then it’s about time that it starts acting more like a leader and less like a follower. 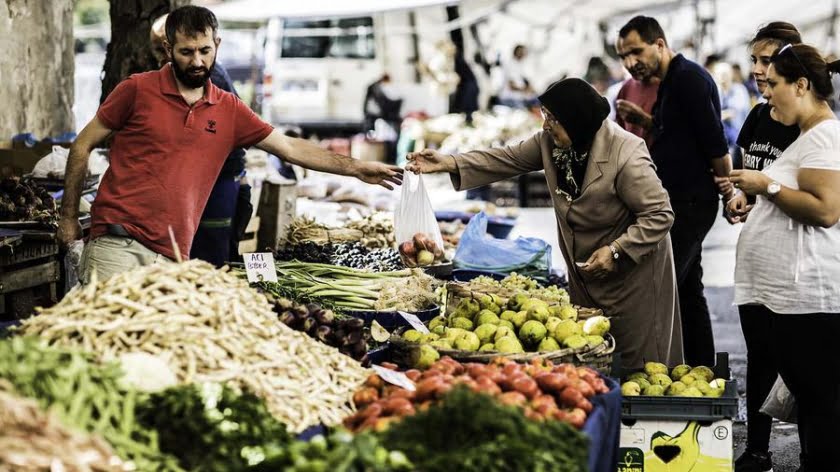 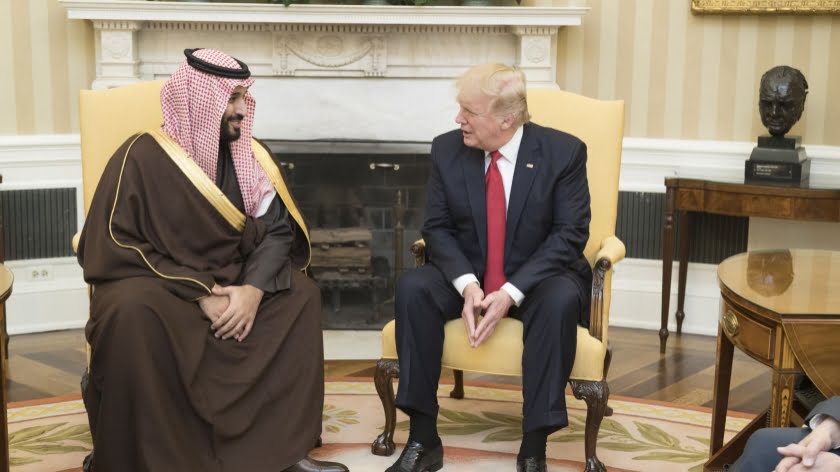 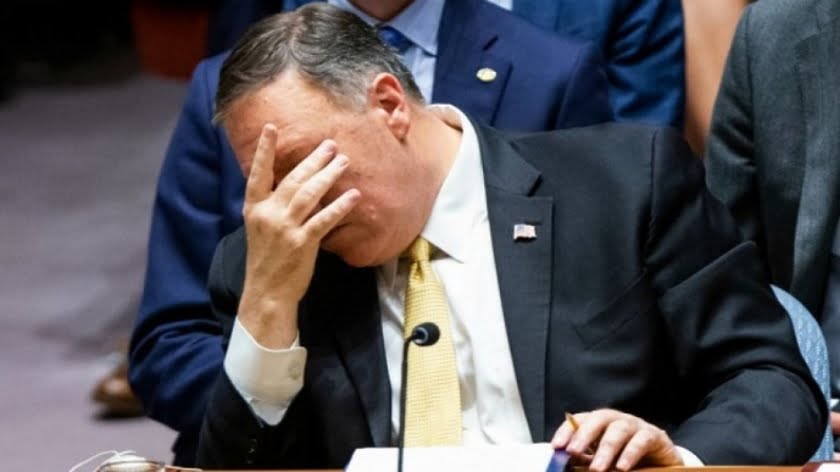 US policy versus Iran has reached new heights of desperation and new lows in terms of undermining international law and norms.  In Washington’s losing battle to maintain hegemony in the Middle East at the expense of the actual people and nations that exist there – it has resorted to high-level assassinations, unilateral strikes against targets…

The Forgotten War in Yemen and the Unchecked War Powers of the Presidency in the Age of Trump The long national nightmare that was the 2016 presidential election is finally over. Now, we’re facing a worse terror: the reality of a Trump presidency. Donald Trump has already promised to nominate a segregationist attorney general, a…