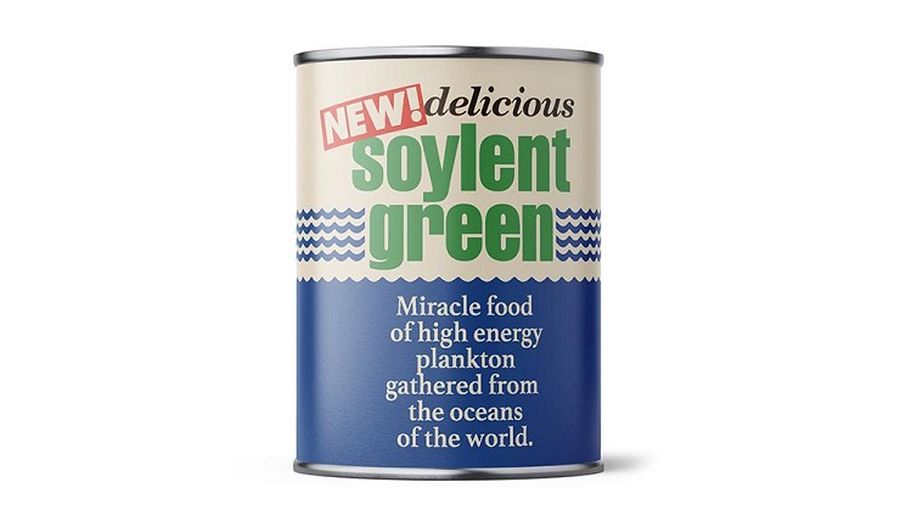 This past year, I’ve heard the movie “Soylent Green” referenced countless times. It especially hits home when it comes to environmental concerns, and how some pundits, including Bill Gates, advocate that rich countries, such as the United States and Western Europe, should switch to eating 100 percent synthetic beef.

However the issues it raises go deeper than that. Ponder for a moment this quote by Bill Gates:

I do think all rich countries should move to 100% synthetic beef. You can get used to the taste difference, and the claim is they’re going to make it taste even better over time. Eventually, that green premium is modest enough that you can sort of change the [behavior of] people or use regulation to totally shift the demand.

Few had ever heard of Soylent Green the movie before the COVID crisis, but it brings us up to where we are now. As with COVID and the response to it, the actual measures being proposed are nothing to do with protecting the environment, saving cows or eliminating threats to humanity.

Rather they are about how to control the population by pretending to care for their health. We have not moved on from Bill Clinton’s partial apology for the notorious Tuskegee experiment, which was an attempt to hide what actually went on, and what the US really should be apologising for, but still scandalously refuses to.

Tragedy of the Commons

We are living a modern day Tragedy of the Commons, in which the benefits of the few come at the expense of the majority. It is high time to check out this futuristic dystopian tale, which wass set in 2022—a future which is almost now.

This Charlton Heston film was released in 1973. This is long before Heston became the spokesman for the NRA, but if this film was known by more liberals, they too might see the value of a paid up membership.

The film depicts a future police state, such we are now experiencing now in many countries. Although presented as science fiction in 1973, its world is now a reality in the eyes of many.

The plot centres on an investigation into the murder of a wealthy businessman who knows too much about the food processing industry. This operates in an environment riddled with pollution, overpopulation, depleted resources, poverty, dying oceans and the greenhouse effect- things labelled “Project Fear” in 1973, which have now been normalised by governments and their handpicked scientific advisers.

Much of the population survives on processed food rations, including “soylent green”, due to production limits imposed by a combination of this environment and its control. Another of the consequences of living in this world is one very familiar to us today – people are required to wear masks!

As in Soylent Green, it was until recently unheard of for people to be required to wear masks when out in public. So it was futuristic to present people wearing masks as they do today, or not be able to eat just about anything they want to, based on normal family budgets.

The film’s overriding theme is limits to production and keeping pace with consumption, or conspicuous consumption, where some want more than a fair share of the fruits of the harvest. This is another issue which didn’t have a lot of relevance in 1973 outside academic discourse, but has now become very real for millions of people, due to factors like food crops being diverted to biofuel, carbon emission targets forcing a return of nuclear power and the ongoing support of the “right sort of corruption” in resource-rich countries.

We Came, We Saw, We Pretended

It is as if we have not been warned what the future had to offer. “The population problem has no technical solution; it requires a fundamental extension in morality”, as summarised in such works as Garrett Hardin’s Tragedy of the Commons or in film.

It is not that there is not enough food to go round, it is more an issue of how food is produced, by whom, where, and who is allowed to process and distribute it—and how the profits are distributed. The bottom line is, having got away with literal murder by controlling food production in this way; the same tactics are being used in other areas.

Food is now all about GMOs, who own the patents on the seeds, and what agrichemicals work best with the new hybrids. As never before, there is reliance on one crop spreads, agribusiness expert models, and a system of agriculture based on the factory farming of animals, controlled by fewer and fewer people with fewer and fewer connections controlling who those people are.

The same can be said of vaccines. Who gets which one? Who gives it to you? Do the even provide the protection claimed, or are they just the best we can hope for politically when all the back scratching has been undertaken?

In both cases, you also need to know your place in the line and stay in it. Who put you there, and why, are things you are not allowed to question, because the powerful are the experts, like they were when they inflicted the global financial crisis on us all.

Too True For the News

It is no longer even imagination to compare the plot of Soylent Green – a nightmarish futuristic fantasy about the controlling power of big corporations – to what is going on today with food and public health, their integrity and how they are distributed and allocated.

Undoubtedly there are genuine problems in the world, not created by politicians, which control of the food supply and health provision can be used to address. But at the end of the day, the solution the powerful have chosen is Eugenics, as if Hitler actually won World War Two without anyone knowing it. Few have even heard of the T-4 – and how many medical staff were the true Hitler’s Willing Executions, of those who did not have the right to live, because of birth defects, age, and mental and physical handicaps.

As one pundit shared, “that film scarred my imagination when I watched it in my youth; I actually think it was indirectly trying to tell us that the population “problem” needed to be addressed. I remember thinking that we “need to do something” about the population problem. I had no idea that the “remedy meant eugenics.”

Now we can see shifts in policy which clearly point in this direction. One such is in the US, where more support for such organisations as Planned Parenthood is presented as a matter of creating greater choice, rather than the actual aim of their founders, i.e. planning certain survivals and certain deaths according to a pre-arranged scheme of who is most suitable for what purpose.

Even if you read the write up about Planned Parenthood on Wikipedia you can come away with the exact same impression. It has it all, even a Euthanasia Centre, where you can check out in style, watching the world that once was through archived film showing the nature that once was, clean waters, untouched vegetation and the world that has ceased to exist.

We watch as India burns bodies in the wake of widespread deaths attributed to COVID, or the lack of medical care, appropriate drugs and oxygen supplies. Burning bodies is a Hindu tradition, but is only practiced after a natural death, not one enforced by the way geopolitics works as soon as a country starts to take economic care of its own needs.

Voluntary euthanasia is now an accepted norm in many countries, for instance the Netherlands, as composting human bodies is considered a better option than traditional burials. In this Brave New World, only certain classes of people are fit to live, and these may not include you and me, whatever the reasons behind these decisions may be.

It may be worth revisiting some more old movies, like The Omega Man, Planet of the Apes, etc., to see how much the timespans of their futurism have shortened. As the novelist Anthony Burgess has pointed out, to believe in any work of fiction what is depicted must be dreamed to be capable of existing. The reality has always been there waiting to happen, and we have always known it was capable of being pushed.

We can readily see the parallels with these films in how society is heading, with man reverting back to primitive instincts—based on Social Darwinism and the survival of the fittest. Ever smaller numbers of people decide who gets to live and who dies, through mechanisms such as who has access to vaccines, which ones, and raising the question of whether the best solution is to opt out or not?

Is it a coincidence that the Israelis are the most vaccinated population in the world and the Palestinians living under their occupation the least? As the BBC has described, sharing Israeli health minister Yuli Edelstein’s response to questions,

“We can also look into the so-called Oslo Agreements, where it says loud and clear that the Palestinians have to take care of their own health.”

Whoever is in power has a vested interest in not merely maintaining this system but extending it, before someone different can challenge it. Change is not beneficial for all,—and with winners there are losers.

Time will tell who is vaccinated and who is not. Who has access to safe havens may soon be the deciding factor in who lives, who is in charge, and who is allowed to reproduce, who dies and at what stage of usefulness.

There are not enough food and natural resources to go around because those who rule us have created that situation. When there were no more buffalo left to hunt it impacted the Native American population, not the white settlers who also needed food and hides. The plan was to starve the native population into submission or kill off as many as possible during the process. 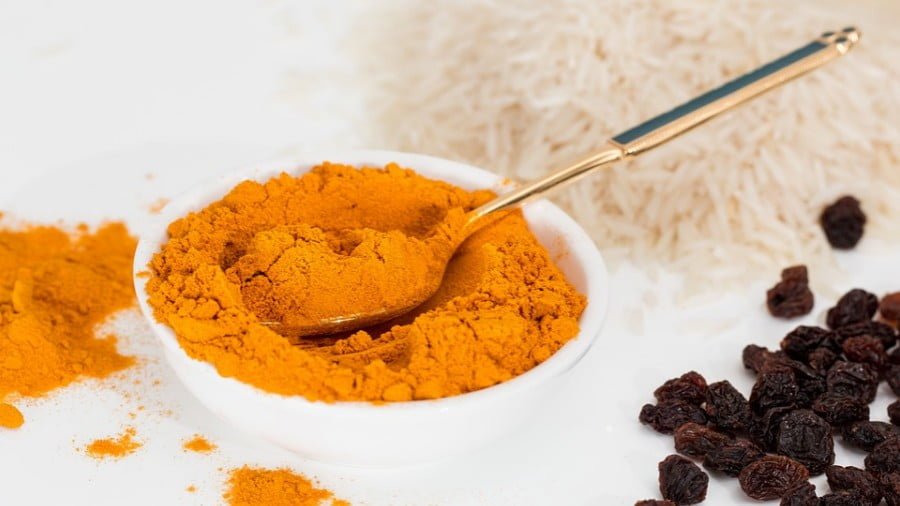 Lovers of Indian food, give yourselves a second helping: Daily consumption of a certain form of curcumin — the substance that gives Indian curry its bright color — improved memory and mood in people with mild, age-related memory loss, according to the results of a study conducted by UCLA researchers. The research, published online in…

Some 65 percent of baby food products in the US – including four out of five baby formulas – contain traces of the toxin arsenic, a new study has found, but officials say there is little they can do to remove substances that could harm developing infants. The Clean Label Project study of 530 baby products… 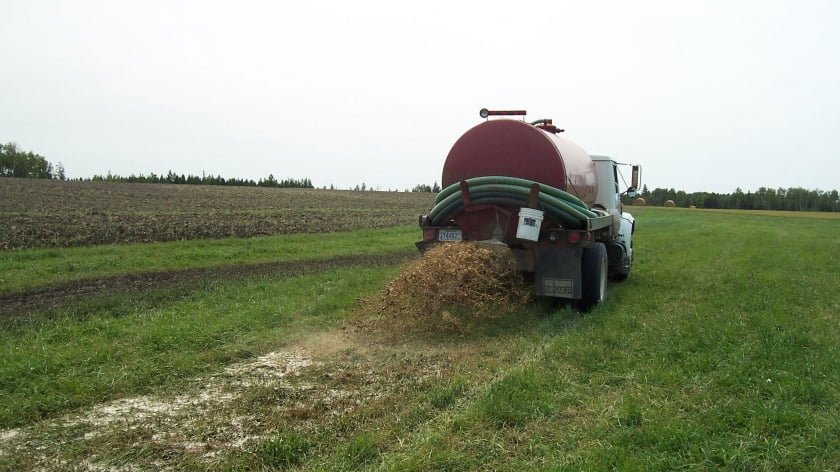 You may not realize it but some foods you eat may have been grown in soil containing toxic sewage wastes. Labeling is not required. In 2019, about 60 percent of sewage sludge from 16,000 wastewater processing facilities in more than 160 U.S. cities has been spread on our soils — farmland and gardens, as well…

The industry causes confusion about health rises of sugary drinks When the soda industry funds studies into the health risks associated with consuming its products, soda always comes out looking rosy, according to researchers at the University of California, San Francisco (UCSF). A team of scientists from the university recently looked at studies published between…

However, definitive scientific proof is difficult to establish due to the the lack of longitudinal studies, as well as pushback from industries that use aluminum in their products. Despite the shortage of conclusive studies, mounting scientific evidence leaves little room for doubt. Case in point: a new case study from Keele University in the UK…