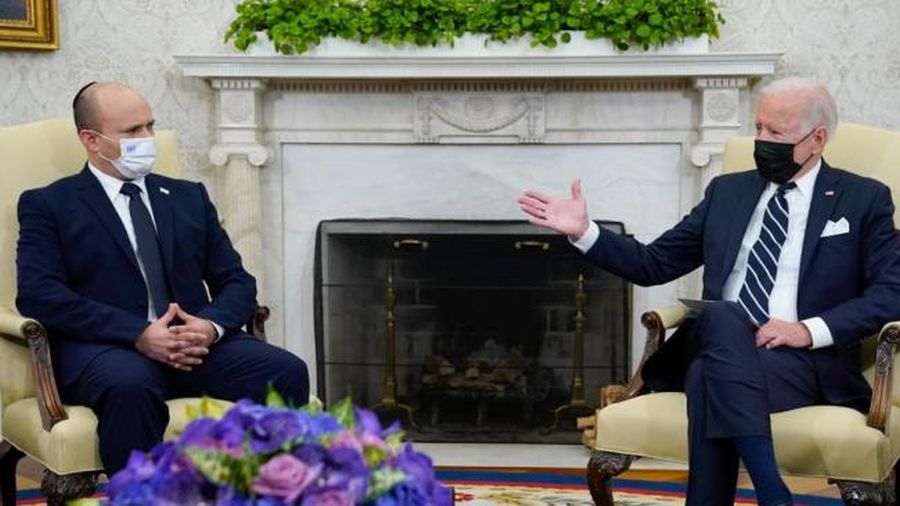 Afghanistan is not exactly history quite yet as there still will be a lot final adjustments on the ground as well as the usual Vietnam-syndrome war of words that inevitably follows on yet another American-engineered foreign catastrophe. But the recriminations will go nowhere as there is certainly enough mud to stick on both major political parties that make Washington their home, and neither wants to be embarrassed to such an extent that anyone will actually demand change.

Regarding Afghanistan itself, I often recall hearing from a CIA friend of mine who served as the last Chief of Station in Kabul in the 1970s before the start of the Mujaheddin insurgency against the Marxist-Leninist government that was then in place eventually forced the US Embassy to close. He remarked how liberated the city was, full of smartly dressed attractive women and well-turned-out men going about their business. Though there was considerable repression in rural areas, education was highly prized by the people in the cities while many aspects of fundamental Islam were made illegal.

All of that came to a crashing halt when the United States and Saudi Arabia supported the Mujaheddin and eventually created al-Qaeda in a bid to damage the Soviets, who had intervened in the country and were backers of the Kabul regime headed by Babrak Karmal. Zbigniew Brzezinski was the “brain” behind the plan, in part to do payback for the Soviet role in Vietnam and in part because Zbig apparently had difficultly in separating his attachment for Poland, at the time part of the Soviet empire, from his role as national security adviser for Jimmy Carter, President of the United States of America.

To be sure, wars that are unsuccessful, like Vietnam and Afghanistan, do generate a certain blowback. It was regularly observed that the 1990-1 US-led Desert Storm operation followed by a victory parade down Fifth Avenue in New York City helped the United States recover from Vietnam fatigue. That meant that it would not hesitate to again use armed force to enforce its often touted “rules based international order,” best translated as US global hegemony.

Some might suggest that the best thing to do about Afghanistan is to learn from it. Hold senior officials and officers responsible for the egregious errors in judgement that led to disaster. But that will never happen as the top levels of the US government operate like a large social club where everyone protects everyone else. A Marine Lieutenant Colonel Stuart Scheller who has called for accountability at senior levels has already been relieved of his command and is leaving the service, a warning from above to others who might be similarly inclined to be outspoken.

So, with all that in mind, the best was to make Afghanistan go away is to begin preparations for the next war. Since that is so, how lucky is President Joe Biden to have a visit at this very critical moment from Israel’s new Prime Minister Naftali Bennett, who presented the president with a “new strategic vision” for the Middle East. In preparation for the visit, White House press secretary Jen Psaki told reporters that the prime minister’s visit “will strengthen the enduring partnership between the United States and Israel, reflect the deep ties between our governments and our people, and underscore the United States’ unwavering commitment to Israel’s security.” Psaki, who conflates the deep ties between the Democratic Party and its Jewish donors with a “partnership,” predictably said everything demanded of her, only stopping short of turning in her application to join the Israel Defense Force (IDF).

Bennett met on the day before the White House meeting with Defense Secretary Lloyd Austin, Chairman of the Joint Chiefs of Staff General Mark Milley and also separately with Secretary of State Antony Blinken. It is not known how many standing ovations were given to Bennett by the simpering US officials, but it is presumed that they were necessary as filler for the event because Austin and Milley in particular are notably inarticulate and poorly informed. The lumpish Austin did, however, echo Psaki in coming out with the usual message, telling Bennett that the Pentagon is absolutely “committed” to ensuring Israel can “defend itself” against the Iranians, that “The administration remains committed to Israel’s security and right to self-defense. That is unwavering, it is steadfast and it is ironclad.”

Bennett was engaged in delivering his timely message that the fall of Afghanistan has actually made everything in that part of Asia more dangerous, meaning that the US and Israel should prepare to fight Iran when it seeks to take advantage of the situation. More to the point, Bennett also made time to meet with the omnipotent Israel Lobby as represented by the head of its most powerful component, Executive Director Howard Kohr of the American Israel Public Affairs Committee (AIPAC).

The actual discussion with Biden and who-knows-who else in the room was also predictable, minus only that Biden did not feel compelled to go down on his knees as he did with visiting outgoing Israeli President Reuven Rivlin and his chief of staff Rivka Ravitz in early July. Perpetual victim Israel was presented by Bennett as facing hostilities coming from its southern border where Hamas controls the Gaza Strip. Neither Bennett nor Biden mentioned the enormous advantage in military power that Israel already possesses, as was evident in the conflict that took place three months ago, an 11-day war that left 265 dead in Gaza, including many targeted children in apartment blocks, while only 13 died in Israel.

Bennett had two principal objectives. First, he was looking for a commitment from Biden not to re-engage with Iran in the nuclear proliferation treaty Joint Comprehensive Plan of Action (JCPOA) unless it is greatly “improved” to include peripheral regional issues as well as eliminating any uranium enrichment. As Iran is prepared to accepted the status quo ante and nothing more, Bennett knew perfectly well that his insistence on a broader agreement would be a game-breaker. And second, as a consequence of that expected commitment, he wanted assurances that the US will not withdraw its remaining forces from Iraq and Syria and would support Israel fully if it should choose to attack Iran.

Israel’s Ambassador to the US Gilad Erdan has also been pushing the White House to admit Israel to the so-called Visa Waiver Program, which would allow Israelis to travel freely to the United States without having to obtain a visa. The program usually requires reciprocity which would mean that Israel would in turn have to admit all American travelers, but the Jewish state insists on reserving the right to block Arab and Muslim Americans for no reason whatsoever. It is presumed that Bennett discussed the issue with Blinken.

On the other more important issues, Biden appears to have bought into at least some of what Bennett was selling. In comments made after their meeting, with the Israeli standing beside him, the US President said that “We’re putting diplomacy first and see where that takes us. But if diplomacy fails, we’re ready to turn to other options.” Bennett was pleased by what he was hearing, elaborating on it, “I was happy to hear your clear words that Iran will never be able to acquire a nuclear weapon and that you emphasize that you will try the diplomatic route, but there’s other options if that doesn’t work out.” The other “options” include, of course, intensified covert action intelligence operations, assassinations and a hoped-for bombing attack on Iranian nuclear facilities and weapons sites. Attacking Iran will also have the benefit of demonstrating that Biden is a “tough” leader, surely a consideration at this point when his approval ratings are sinking.

The prime minister also surfaced another proposal for all his interlocutors, including Biden. He wants to upgrade his fleet of F-15 fighter bombers to give his military planners more options if there should be a war with Iran. The US produced F-35 is the primary fighter for IDF, but the older F-15 can carry significantly more weaponry and bomb load. Bennett has asked Washington to provide an advance on its annual $3.8 billion military assistance package to pay for the improvements. In other words, Israel wants to start a war and have the United States pay for it, possibly in addition to actually doing much of the fighting.

Israel has, in fact, been warning that a war is coming for quite some time, a message that was delivered yet again in a timely fashion as Bennett winged his way to Washington for his meetings. As the prime minister was landing in the US, IDF Chief of Staff Aviv Kohavi held a press conference in which he advised that the Israeli military advancing its “operational plans” against Iran. He observed that the country’s new military budget had funds earmarked specifically to improve IDF capabilities against Iran. Israeli Defense Minister Benny Gantz also warned on the same day that “The State of Israel has the means to act and will not hesitate to do so. I do not rule out the possibility that Israel will have to take action in the future in order to prevent a nuclear Iran.”

So, the new Israeli premier has laid down the gauntlet and, for the moment, Joe Biden has only tentatively moved to pick it up even if he has in a sense pledged total support for Israel no matter what the Jewish state decides to do. The Israel Lobby meanwhile will be working hard to bring Joe totally into line. And to be sure Biden will have to reckon with the fact that there is a new player in town in the form of a bunch of progressive Democrats who are not in love with Israel, backed up by shrinking public support for Israeli actions resulting from the recent slaughter in Gaza. Nevertheless, a weakened and disoriented Biden will have only limited ability to stand up to an increasingly assertive Israel and its powerful lobby. 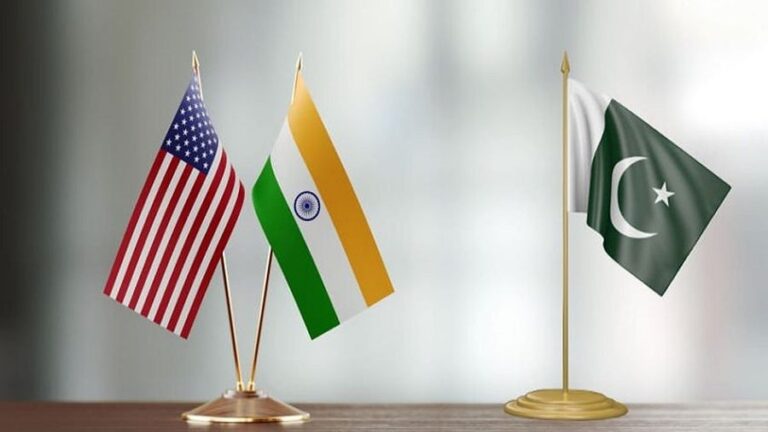 Whoever advised Pakistani Foreign Minister Bilawal Bhutto-Zardari to endorse the US’ latest Hybrid War of Terror on Iran under the false pretext of virtue signaling support for its superficially feminist-driven unrest, since this professionally inexperienced person obviously didn’t do so on his own prerogative, made a major mistake. Pakistani Foreign Minister Bilawal Bhutto-Zardari (BBZ) kissed… 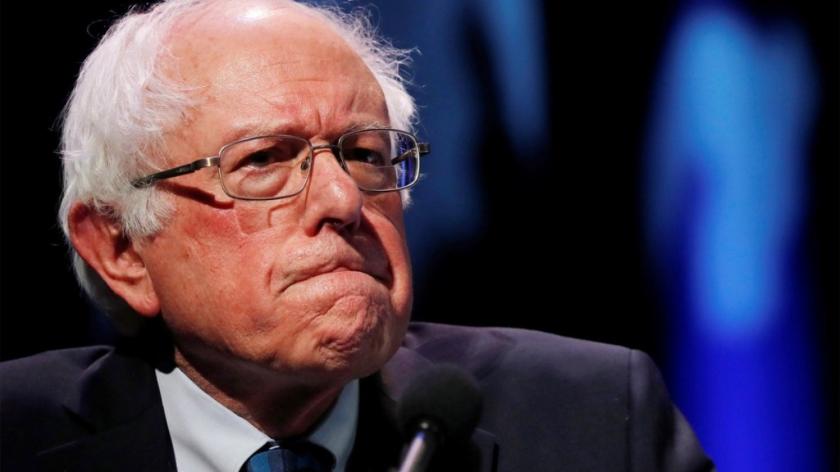 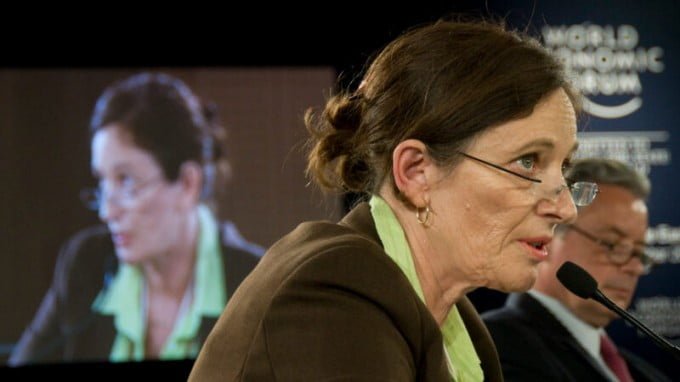 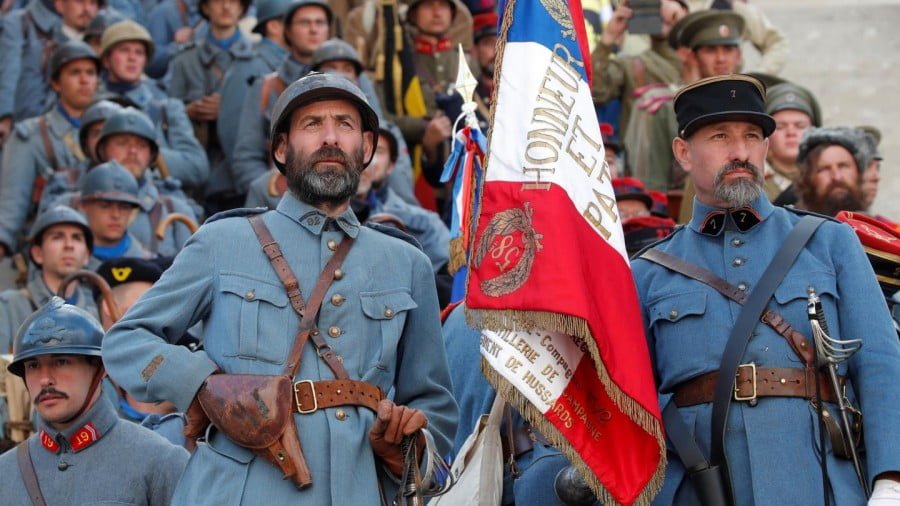 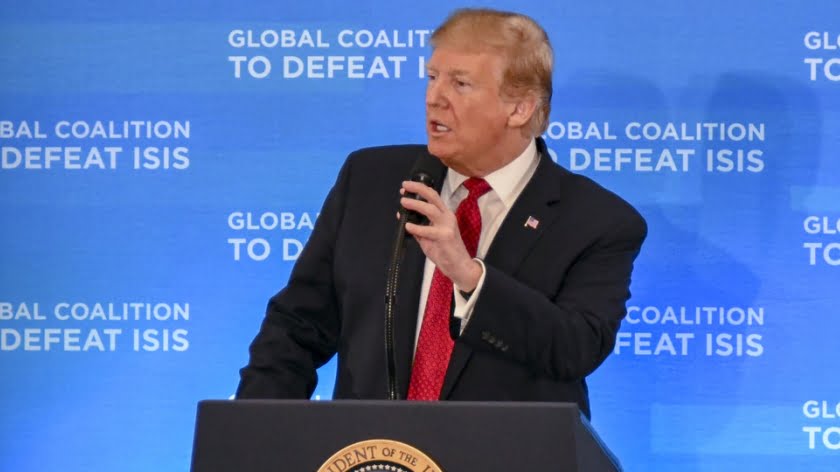 “Send her back! Send her back!” The 13 seconds of that chant at the rally in North Carolina, in response to Donald Trump’s recital of the outrages of Somali-born Congresswoman Ilhan Omar, will not soon be forgotten, or forgiven. This phrase will have a long shelf life. T-shirts emblazoned with “Send Her Back!” and Old…