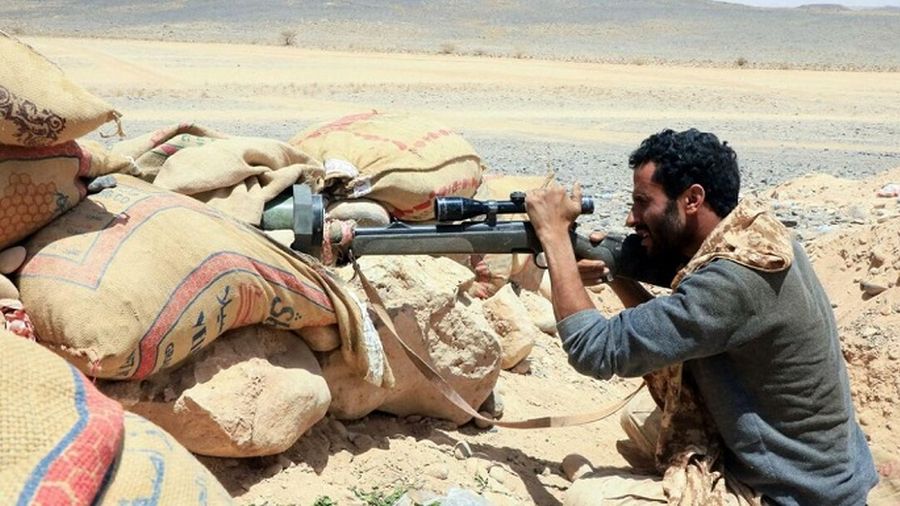 With Yemen well within its seventh year of a conflict that has all but ravaged the country, power dynamics seem to have shifted rather dramatically – interestingly enough not in favour of either engaged parties. If anything Yemen seems to have fallen prey to political entropy whereby players have all but ensured their mutual destruction, without any room for a peaceful resolution, at least not one that would allow for the country to savage its institutions, maybe not even the integrity of its territorial sovereignty.

For all the gnawing and clawing Yemen witnessed over the past decade, may it be by the hands of a former regime which ambitioned to line the pockets of its ‘lords’ to the regional actors’ desire to play the nation to the tune of their respective geopolitical wants, the impoverished nation is quite literally holding by a thread – a very thin one at that if we consider the abysmal humanitarian crisis that grips it.

For all intent and purposes Yemen is now a failed-state – with all the unknowns it entails … If Saudi Arabia thought it could battle its old foe, Iran, by using Yemen as proxy, so that a cap could be set in the Islamic Republic’s growing regional influence, it appears all it ever achieved was to precipitate its own demise, by laying bare its own fault-lines, thus endangering its ability to withstand any more pressure — economic, socio-political or otherwise.

As for the Houthis, a power still new to the games of realpolitik, it looks like its recent stunts may have set a clock on its ability to completely transition as a seasoned political player on the international scene.

Earlier this November the Houthis pushed a button too far by kidnapping employees of the US Embassy in Sana’a, enraging not only the White House but the international community. Why resort to such ‘tribal’ tactics at such a juncture? I would argue that the battle for Mareb and the group’s inability to clearly call a win despite months of military escalation pushed the leadership to withdraw behind old tribal habits – a show of hands which clearly denote desperation.

At a briefing on November 9, State Department spokesman Ned Price said the Biden administration was “extremely concerned” by reports of the detentions of US embassy employees in Sanaa.

In what can only be understood as a quid pro quo, US President Joe Biden decided to renege on his administration’s former promise to dial back on its sale of weapons to Saudi Arabia, a move on the long run that will only empower Riyadh to push harder against Yemen and those rebels it wishes so badly to crush under a barrage of lead.

And though many will argue that Washington was always to bow to the Saudi lobby as far as replenishing its military arsenal is concerned, it is evident that the Houthis’ decision to strike the US Embassy precipitated that decision – potentially giving Saudi Arabia the momentum it needed to drive a hole into Marib to assert its positions in North Yemen.

Washington last week approved a $650m sale of air-to-air missiles to Riyadh, a move the Pentagon said would “support US foreign policy and national security of the United States by helping to improve the security of a friendly country that continues to be an important force for political and economic progress in the Middle East”.

Without a clear win in Marib the Houthis cannot return to the negotiating table in strength, rather, they will be put on the backfoot, forced to concede positions to Saudi Arabia which seriously impair the group’s ability to reach financial independence.

A region rich in natural resources, Marib would offer Sana’a government economic security – notwithstanding a key geopolitical advantage should Yemen become many instead of one.

And around we go! Unless a space is created where all parties feel they can come out with enough ‘points’ to survive Yemen’s post war scenario it is unlikely anyone will invest in the peace building process. And that equates to condemning over 25 millions Yemenis to death by attrition.

But if the Houthis have lost considerable ground strategically speaking, that is not to say Saudi Arabia is closer to victory – quite the contrary actually.

The clock might have already struck midnight on the Kingdom … at least politically speaking.

Riyadh’s war games in Yemen have most definitely unnerved its international partners, none more than the United States of America. Maybe more to the point, Saudi Arabia can no longer afford its military ambitions in Yemen, especially not when its government is grappling with the fallout of the Covid pandemic and an increasing need to attract serious investors to its shores.

Driven into a corner Saudi Arabia has increasingly become more ‘aggressive’ with its international partners, evaporating much of the goodwill its financial largess may so far have allowed.

If under former US President Donald Trump the White House was willing to make allowances, President Biden is less inclined – instead his administration is looking to bring the Yemeni dossier to an end, regardless of Riyadh’s argument of Iranian containment.

As both Yemen’s war protagonists are losing both in strength and political ground we could soon see otherwise unidentified elements rise from the woodwork – a risk which may give us pause in the light of the Taliban’s win in Afghanistan.

Where conventional parties may have all but succeeded in mutual annihilation, radicalised elements within Yemen’s complex religious and tribal makeup could use such vacuum to push worrying agenda, much in line with how the Taliban rose to power first in soviet-run Afghanistan and later on America’s failed War on Terror.

What happens next only History will tell, but one would like to think that we have learnt to identify risk where political and military fractioning appear.

America’s Common Man exists no more – gone and forgotten. Once he was lauded as the salt of the earth – our country’s embodiment of what made us special, of what made the great democratic experiment successful, of what made of the United States the magnetic pole for the world’s masses. Politicians paid their rhetorical… 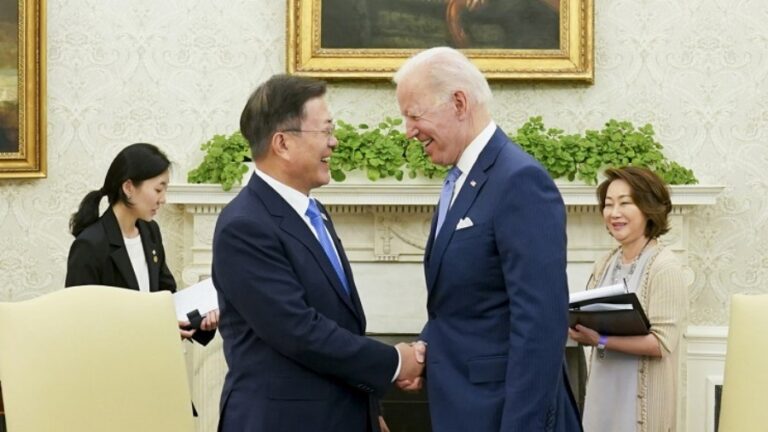 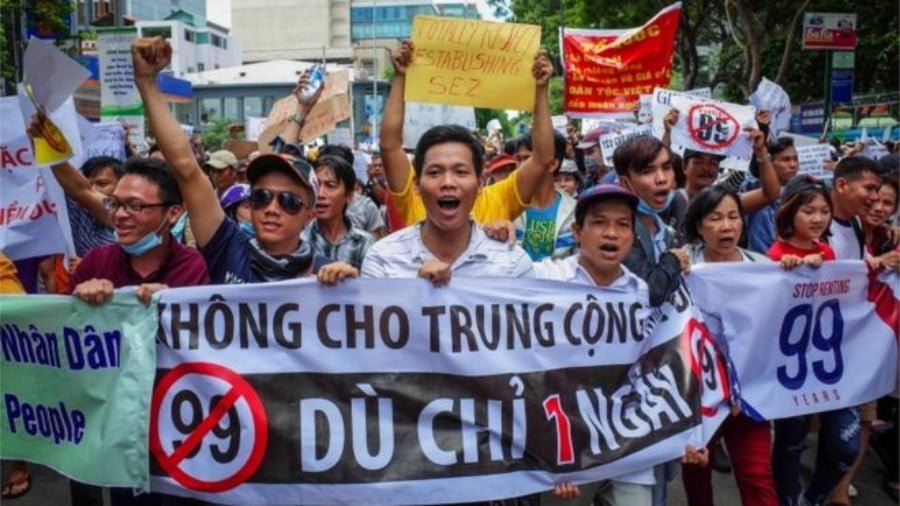 Scores of people gathered in several cities all across Vietnam in order to draw attention to what they fear is China’s imminent exploitation of a proposed bill on Special Economic Zones (SEZ) that will give investors 99-year leases on land in three coastal regions. Their concerns are just speculation at this point since there’s no… 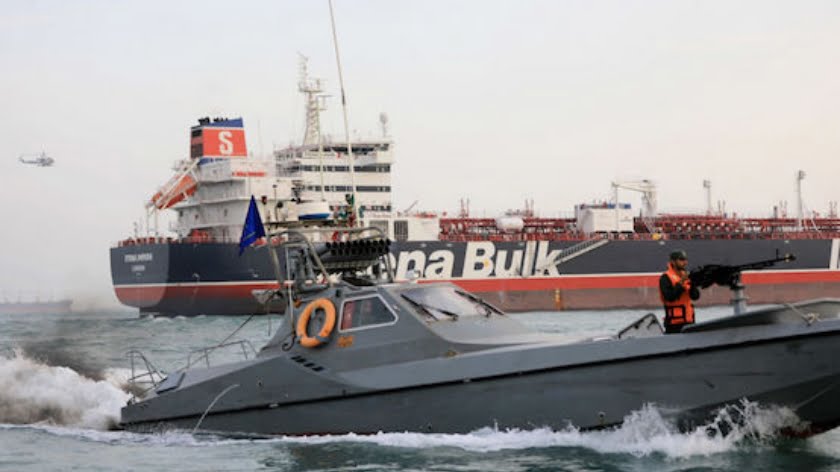 While Iran’s seizure of a British tanker near the Strait of Hormuz on Friday was a clear response to the British capture of an Iranian tanker in the Strait of Gibraltar on July 4, both the UK and U.S. governments are insisting that Iran’s operation was illegal while the British acted legally. The facts surrounding…

Much of Donald Trump’s long-trailed “deal of the century” came as no surprise. Over the past 18 months, Israeli officials had leaked many of its details. The so-called “Vision for Peace” unveiled on Tuesday simply confirmed that the US government has publicly adopted the long-running consensus in Israel: that it is entitled to keep permanently… 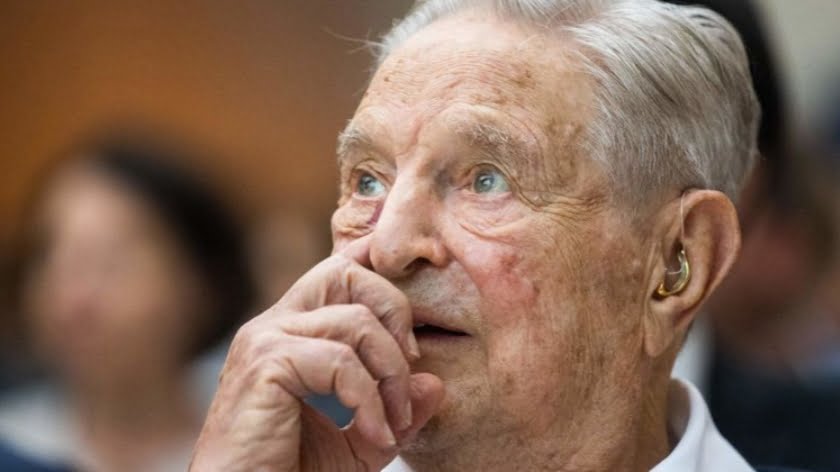 Last week George Soros rose from his casket to give an interview with, of course, The New York Times to pronounce that we’ve reached peak populism. Anne Rice would have been proud of the whitewash. The anomalies of Brexit and Donald Trump’s election were about to be reversed by the force of his beloved open…