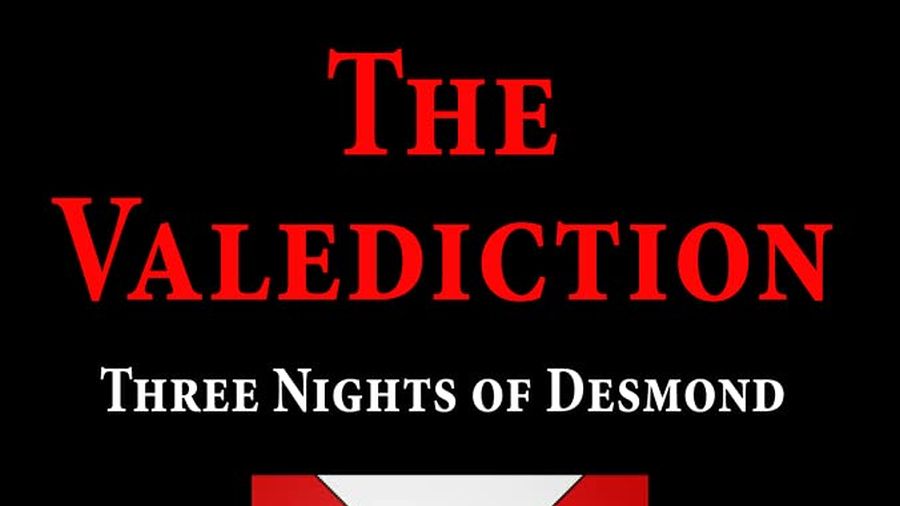 Nearly as suspenseful as the Taliban’s meteoric return to power after the final withdrawal of American armed forces from Afghanistan is the uncertainty over what will come next amid the fallout. Many have predicted that Russia and China will step in to fill the power vacuum and convince the facelift Taliban to negotiate a power-sharing agreement in exchange for political and economic support, while others fear a descent into civil war is inevitable.

Although Moscow and Beijing potentially stand to gain from the humiliating U.S. retreat by pushing for an inclusive government in Kabul, the rebranded Pashtun-based group must first be removed as a designated terrorist organization. Neither wants to see Afghanistan worsen as a hotbed of jihad, as Islamist separatism already previously plagued Russia in the Caucasus and China is still in the midst of an ongoing ethnic conflict in Xinjiang with Uyghur Muslim secessionists and the Al Qaeda-linked Turkestan Islamic Party.

At this point everyone recognizes the more serious extremist threat lies not with the Taliban but the emergence of ISIS Khorasan or ISIS-K, the Islamic State affiliate blamed for several recent terror attacks including the August 26th bombings at Hamid Karzai International Airport in the Afghan capital which killed 13 American service members and more than a 100 Afghans during the U.S. drawdown.

Three days later, American commanders ordered a retaliatory drone strike targeting a vehicle which they claimed was en route to detonate a suicide bomb at the same Kabul airport. For several days, the Pentagon falsely maintained that the aerial assault successfully took out two ISIS-K militants and a servile corporate media parroted these assertions unquestioningly, including concocting a totally fictitious report that the blast consisted of “secondary explosions” from devices already inside the car intended for use in an act of terror. Two weeks later, U.S. Central Command (CENTCOM) was forced to apologize and admit the strike was indeed a “tragic mistake” which errantly killed ten innocent civilians — all of whom were members of a single family including seven children — while no Daesh members were among the dead. This distortion circulated in collusion between the endless war machine and the media is perhaps only eclipsed by the alleged Russian-Taliban bounty program story in its deceitfulness.

If any Americans were aware of ISIS-K prior to the botched Kabul airstrike, they likely recall when former U.S. President Donald Trump authorized the unprecedented use of a Massive Ordnance Air Blast bomb, informally referred to as the “Mother Of All Bombs”, on Islamic State militants in Nangarhar Province back in 2017.

Reportedly, Biden’s predecessor had to be shown photos from the 1970s of Afghan girls wearing miniskirts by his National Security Advisor, H.R. McMaster, to renege on his campaign pledge of ending the longest war in U.S. history. As it happens, the ISIS Khorasan fighters extinguished by the MOAB were sheltered at an underground tunnel complex near the Pakistani border that was built by the C.I.A. back in the 1980s during the Afghan-Soviet war. Alas, the irony of this detail was completely lost on mainstream media whose proclivity to treat Pentagon newspeak as gospel has been characteristic of not only the last twenty years of U.S. occupation but four decades of American involvement in Afghanistan since Operation Cyclone, the covert Central Intelligence Agency plan to arm and fund the mujahideen, was launched in 1979.

Frank Wisner, the C.I.A. official who established Operation Mockingbird, the agency’s extensive clandestine program to infiltrate the news media for propaganda purposes during the the Cold War, referred to the press as it’s “Mighty Wurlitzer”, or a musical instrument played to manipulate public opinion. Langley’s recruitment of assets within the fourth estate was one of many illicit activities by the national security apparatus divulged in the limited hangout of the Church Committee during the 1970s, along with C.I.A. complicity in coups, assassinations, illegal surveillance, and drug-induced brainwashing of unwitting citizens.

At bottom, it wasn’t just the minds of human guinea pigs that ‘The Company’ sought to control but the news coverage consumed by Americans as well. In his testimony before a congressional select committee, Director of Central Intelligence William Colby openly acknowledged the use of spooks in journalism, as seen in the award-winning documentary Inside the C.I.A.: On Company Business (1980). Unfortunately, the breadth of the secret project and its vetting of journalists wasn’t fully revealed until an article by Carl Bernstein of Watergate fame appeared in Rolling Stone magazine, whereas the series of official investigations only ended up salvaging the deep state by presenting such wrongdoings as rogue “abuses” rather than an intrinsic part of espionage in carrying out U.S. foreign policy.

The corrupt institution of Western media also punishes anyone within its ranks who dares to swim against the current. The husband and wife duo of Paul Fitzgerald and Elizabeth Gould, authors of a new memoir which illuminates the real story of Afghanistan, were two such journalists who learned just how the sausage is made in the nation’s capital with the connivance of the yellow press.

Both veterans of the peace movement, Paul and Liz were initially among those who naively believed that America’s humiliation in Vietnam and the well-publicized hearings which discredited the intelligence community might lead to a sea change in Washington with the election of Jimmy Carter in 1976. In hindsight, there was actually good reason for optimism regarding the prospect for world peace in light of the arms reduction treaties and talks between the U.S. and Moscow during the Nixon and Ford administrations, a silver lining to Henry Kissinger’s ‘realist’ doctrine of statecraft. However, any glimmer of hope in easing strained relations between the West and the Soviet Union was short-lived, as the few voices of reason inside the Beltway presuming good faith on the part of Moscow toward détente and nuclear proliferation were soon challenged by a new bellicose faction of D.C. think tank ghouls who argued that diplomacy jeopardized America’s strategic position and that the USSR sought global dominion.

Since intelligence assessments inconveniently contradicted the claims of Soviet aspirations for strategic superiority, C.I.A. Director George H.W. Bush consulted the purported expertise of a competitive group of intellectual warmongers known as ‘Team B’ which featured many of the same names later synonymous with the neoconservative movement, including Richard Pipes, Paul Wolfowitz and Richard Perle. Bush, Sr. had replaced the aforementioned Bill Colby following the notorious “Halloween Massacre” firings in the Gerald Ford White House, a political shakeup which also included Kissinger’s ouster as National Security Advisor and the promotion of a young Donald Rumsfeld to Secretary of Defense with his pupil, one Richard B. Cheney, named Chief of Staff. This proto-neocon soft coup allowed Team B and its manipulated estimates of the Soviet nuclear arsenal to undermine the ongoing Strategic Arms Limitation Talks (SALT) between Washington and the Kremlin until Jimmy Carter and Leonid Brezhnev finally signed a second comprehensive non-proliferation treaty in June 1979.

The behind-the-scenes split within the foreign policy establishment over which dogma would set external policymaking continued wrestling for power before the unipolarity of Team B prevailed thanks to the machinations of Carter’s National Security Advisor, Zbigniew Brzezinski. If intel appraisals of Moscow’s intentions and military capabilities didn’t match the Team B thesis, the Polish-American strategist devised a scheme to lure the USSR into a trap in Afghanistan to give the appearance of Soviet expansionism in order to convince Carter to withdraw from SALT II the following year and sabotage rapprochement. By the time it surfaced that the C.I.A. was supplying weapons to Islamist insurgents in the Central Asian country, the official narrative dispensed by Washington was that it was aiding the Afghan people fight back against an “invasion” by the Red Army. Ironically, this was the justification for a proxy conflict which resulted in the deaths of at least 2 million civilians and eventually collapsed the socialist government in Kabul, setting off a bloody civil war and the emergence of the Taliban.

Even so, it was the media which helped manage the perception that the C.I.A.’s covert war began only after the Soviets had intervened. Meanwhile, the few honest reporters who tried to unveil the truth about what was happening were silenced and relegated to the periphery. Paul Fitzgerald and Elizabeth Gould were the first two American journalists permitted entry into the Democratic Republic of Afghanistan in 1981 by the Moscow-friendly government since Western correspondents had been barred from the country. What they witnessed firsthand on the ground could not have contrasted more sharply from the accepted tale of freedom fighters resisting a communist “occupation” disseminated by propaganda rags. Instead, what they discovered was an army of feudal tribesman and fanatical jihadists who blew up schools and doused women with acid as they waged a holy war against an autonomous, albeit flawed, progressive government in Kabul enacting land reforms and providing education for girls. In addition, they learned the Soviet military presence was being deliberately exaggerated by major outlets who either outright censored or selectively edited their exclusive accounts, beginning with CBS Evening News and later ABC’s Nightline.

Not long after the Taliban established an Islamic emirate for the first time in the late 1990s, Brzezinski himself would shamelessly boast that Operation Cyclone had actually started in mid-1979 nearly six months prior to the deployment of Soviet troops later that year. Fresh off the publication of his book The Grand Chessboard: American Primacy and Its Geostrategic Imperatives, the Russophobic Warsaw-native told the French newspaper Le Nouvel Observateur in 1998: 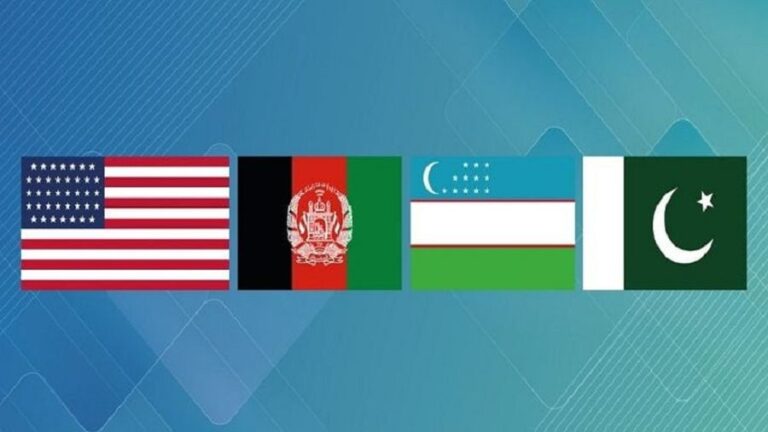 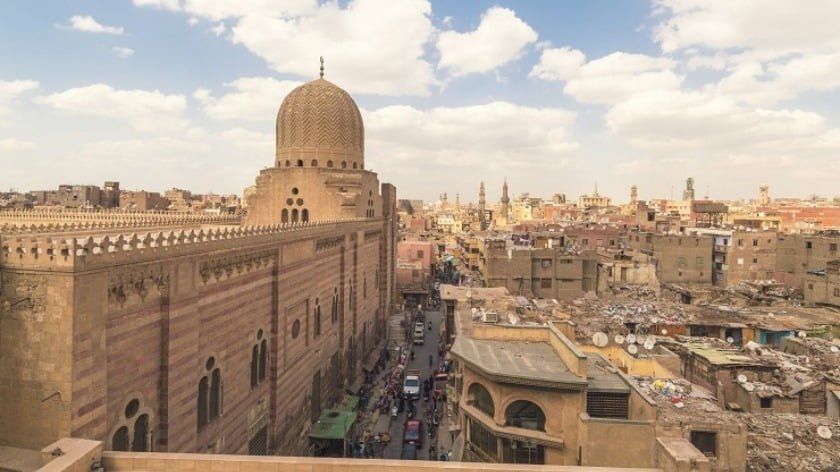 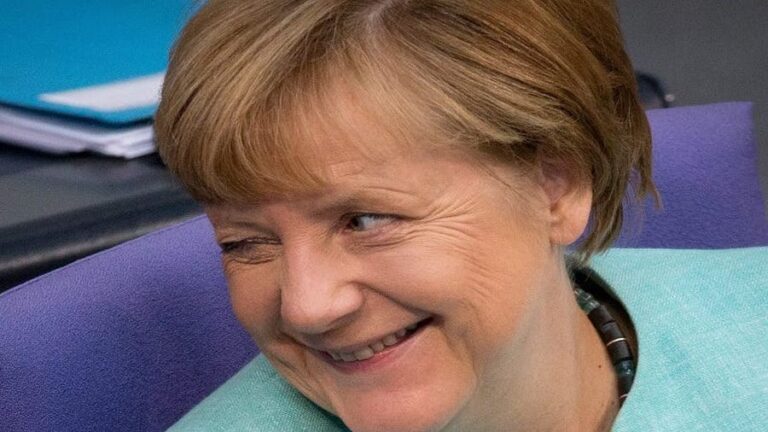 Critics might claim that President Putin’s new outlook came eight years too late, but late is always better than never. Merkel manipulated him for years before finally coming clean with her betrayal, which taught the Russian leader the painful lesson that he can never trust any of his Western peers ever again. Instead, he’s now… 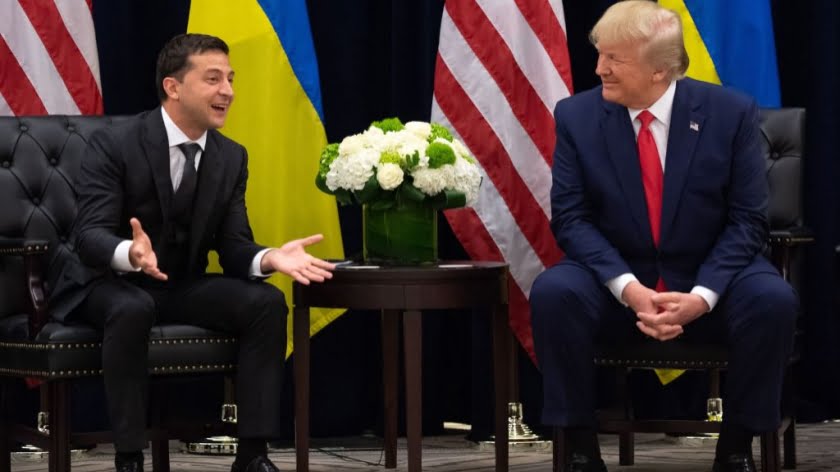 A crime worthy of impeachment? Not really, just another unethical, improper, crass act by President Donald Trump. Many Democrats are cock-a-hoop over the idea of impeaching Trump. They would bed down with the Devil just to get rid of the boor in the White House. But unless really damning information emerges regarding Trump’s efforts to…