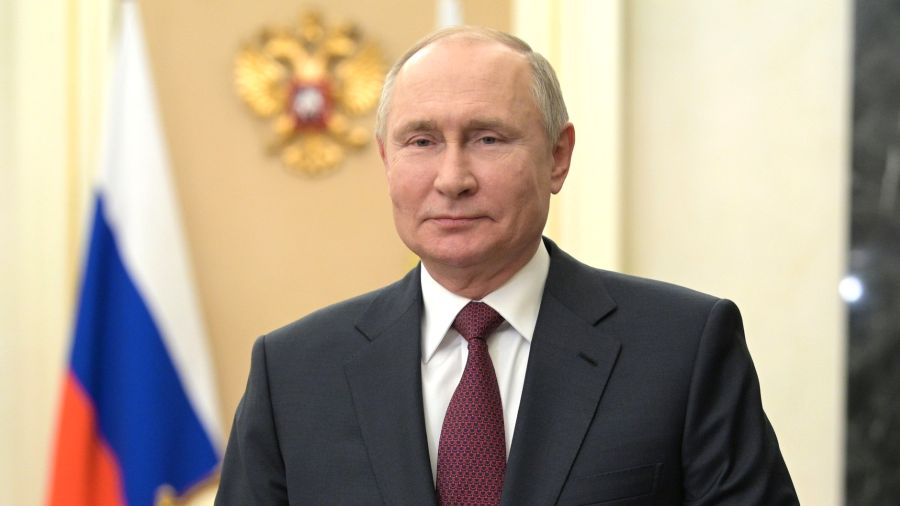 There’s a very important question that we all need to be asking ourselves at this point in history, and that question is as follows: how much are we as a society willing to sacrifice so that the US government can win a propaganda war against Vladimir Putin?

One severely under-discussed aspect of the latest round of escalations in Silicon Valley censorship which began at the start of the Ukraine war is the fact that it’s an entirely unprecedented order of censorship protocol. While it might look similar to all the other waves of social media purges and new categories of banned content that we’ve been experiencing since it became mainstream doctrine after the 2016 US election that tech platforms need to strictly regulate online speech, the justifications for it have taken a drastic deviation from established patterns.

Ask a properly brainwashed liberal why they support the censorship of someone who disputes US narratives about Russian war crimes in Bucha or Mariupol and they’ll probably tell you something like “Well, it’s disinformation!” or “Because it’s propaganda!” or “How much is Putin paying you??” But what they won’t be able to do is articulate exactly what specific harm is being done by such speech in the same way that they could when defending the censorship of Covid skeptics or the factions responsible for last year’s riot in the Capitol building.

The one argument you’ll get, if you really press the issue, is that the United States is in a propaganda war with Russia, and it is in our society’s interests for our media institutions to help the United States win that propaganda war. Cold wars are fought between nuclear powers because hot warfare would risk annihilating both nations, leaving only other forms of war like psychological warfare available. There’s no argument that this new escalation in censorship saves lives or protects elections, but there is an argument that it can help facilitate the long-term cold war agendas of the United States.

But what does that mean exactly? It means if we accept this argument we’re knowingly consenting to a situation where all the major news outlets, websites and apps that people look to for information about the world are geared not toward telling us true things about reality, but toward beating Vladimir Putin in some weird psywar. It means abandoning any ambitions of being a truth-based civilization that is guided by facts, and instead accepting an existence as a propaganda-based civilization geared toward making sure we all think thoughts that hurt Moscow’s long-term strategic interests.

And it’s just absolutely freakish that this is a decision that has already been made for us, without any public discussion as to whether or not that’s the kind of society we want to live in. They jumped right from “We’re censoring speech to protect you from violence and viruses” to “We’re censoring speech to help our government conduct information warfare against a foreign adversary.” Without skipping a beat.

The consent-manufacturing class has helped pave the way for this smooth transition with their relentless and ongoing calls for more and more censorship, and for years we’ve been seeing signs that they view it as their duty to help facilitate an information war against Russia.

Back in 2018 we saw a BBC reporter admonish a former high-ranking British navy official for speculating that the alleged chemical weapons attack in Douma, Syria was a false flag, a claim we now have mountains of evidence is likely true thanks to whistleblowers from the Organisation for the Prohibition of Chemical Weapons. The reason the reporter gave for her objection to those comments was that “we’re in an information war with Russia.”

“Given that we’re in an information war with Russia on so many fronts, do you think perhaps it’s inadvisable to be stating this so publicly given your position and your profile? Isn’t there a danger that you’re muddying the waters?” the BBC’s Annita McVeigh asked Admiral Alan West after his comments.

We saw a similar indication in the mass media a few weeks later in an interview with former Green Party candidate Jill Stein, who was admonished by CNN’s Chris Cuomo for highlighting the completely uncontroversial fact that the US is an extremely egregious offender when it comes to interferences in foreign elections.

“You know, that would be the case for Russia to make, not from the American perspective,” Cuomo said in response to Stein’s entirely accurate remarks. “Of course, there’s hypocrisy involved, lots of different big state actors do lots of things that they may not want people to know about. But let Russia say that the United States did it to us, and here’s how they did it, so this is fair play.”

We can trace the mainstreaming of the idea that it’s the western media’s job to manipulate information in the public interest, rather than simply tell the truth, back to Donald Trump’s 2016 presidential win. In what was arguably the most significant political moment in the US since 9/11 and its aftermath, the consent-manufacturing class came to the decision that Trump’s election wasn’t a failure of status quo politics but a failure of information control.

In October 2020 during the Hunter Biden laptop scandal The Spectator‘s Stephen L Miller described how the consensus formed among the mainstream press since Clinton’s 2016 loss that it was their moral duty to hide facts from the public which might lead to Trump’s re-election.

“For almost four years now, journalists have shamed their colleagues and themselves over what I will call the ‘but her emails’ dilemma,” Miller writes. “Those who reported dutifully on the ill-timed federal investigation into Hillary Clinton’s private server and spillage of classified information have been cast out and shunted away from the journalist cool kids’ table. Focusing so much on what was, at the time, a considerable scandal, has been written off by many in the media as a blunder. They believe their friends and colleagues helped put Trump in the White House by focusing on a nothing-burger of a Clinton scandal when they should have been highlighting Trump’s foibles. It’s an error no journalist wants to repeat.”

Once “journalists” accepted that their most important job is not to tell the truth but to keep people from thinking bad thoughts about the status quo political system, it was inevitable that they’d start enthusiastically cheerleading for more internet censorship. They see it as their duty, which is why now the leading proponents of online censorship are corporate media reporters.

But it shouldn’t be this way. There’s no legitimate reason for the Silicon Valley proxies of the most powerful government on earth to be censoring people for disagreeing with that government about a war, yet this is exactly what’s happening and it’s happening more and more. It should alarm us all that it’s becoming increasingly acceptable to silence people not because they’re circulating dangerous disinfo, nor even because they’re saying things that are in any way false, but solely because they are saying things which undermine the US infowar.

Free speech is important not because it’s nice to be able to say what you want, but because the free flow of ideas and information creates a check on the powerful. It gives people the ability to hold the powerful to account. Which is exactly why the powerful work to eliminate it.

We should see it as a huge, huge problem that so much of the world has been herded onto these giant monopolistic speech platforms that conduct censorship in complete alignment with the mightiest power structure in the world. This is the exact opposite of putting a check on power.

How much are we as a society willing to give up for the US government and its allies to win a propaganda war against Putin? Are we willing to commit to being a civilization for which the primary consideration with any piece of data is not whether or not it’s true, but whether it helps undermine Russia?

This is a conversation which should already have been going on in mainstream circles for some time now, but it never even started. Let’s start it. 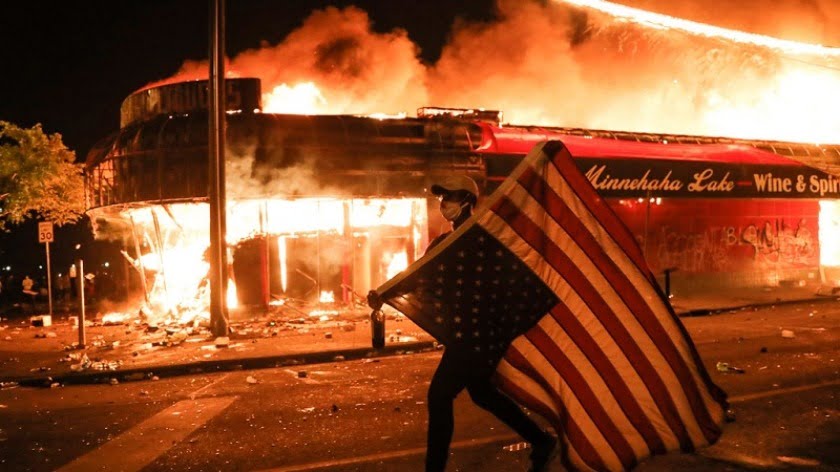 China possesses nuclear weapons and numerous and well-armed ground forces. China has a fleet being fully transformed in a deep offensive spirit capable of operating far away from base. China has sufficient competitive multirole aircrafts. The largest problem is that the Chinese military’s logistical capacity is limited due to cargo aircraft fleet that is small… 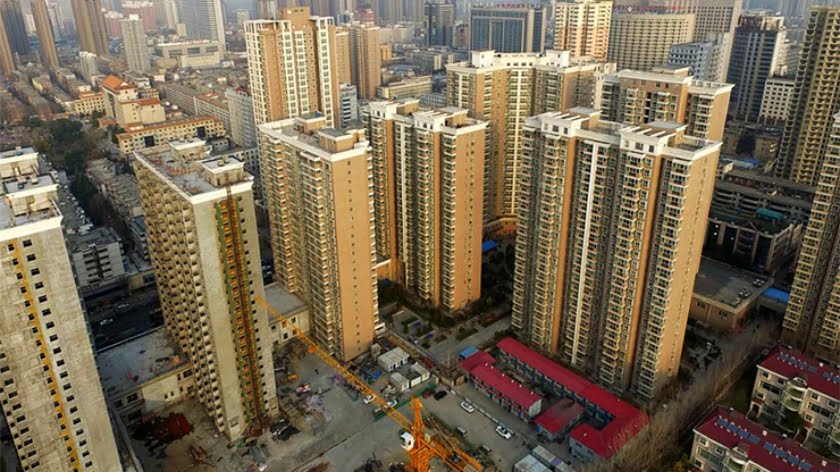 The two Chechen wars left large scars on Grozny. In 2003 the UN Commission came to Grozny and, if we are to believe the local news, it declared Chechnya’s capital the world’s most devastated city since the Second World War. Around this time a federal program to restore the social and economic life of the region had… 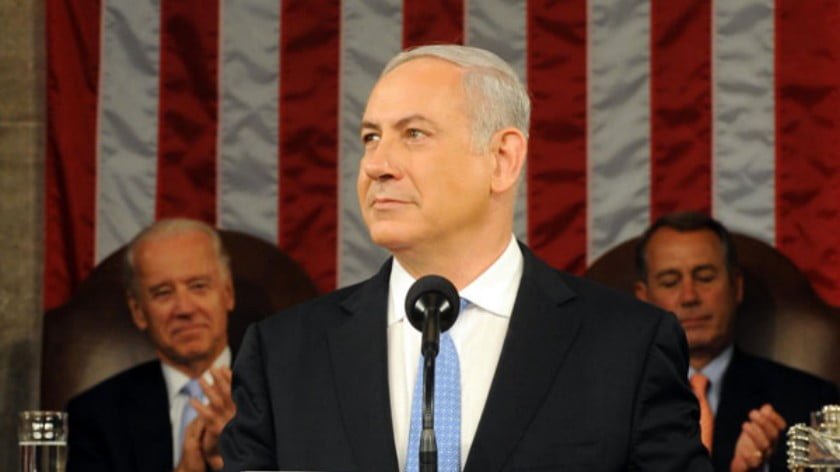