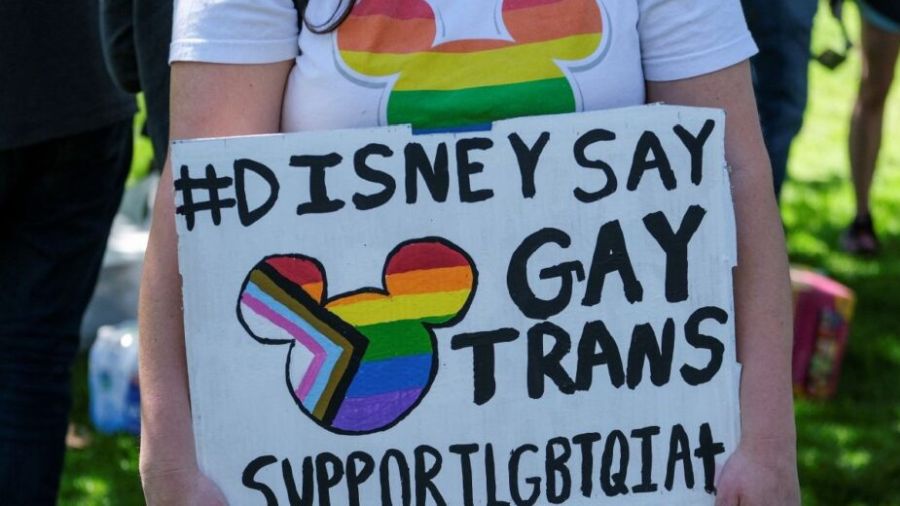 Russia now finds itself at a moment where it can forever shut the door to a rudderless company that finds itself promoting ideas that are totally at odds with Russian values and beliefs.

One of the results of Moscow’s military operation in Ukraine has been a number of Western companies abandoning Russia, some temporarily, some for good. This odious display of corporate virtue-signaling, conspicuously absent during the U.S.-led wars in Iraq, Libya and Syria, by the way, represents a setback not only for Russia, but the global economy. However, there is at least one silver lining to the ‘walk-out’ that should be celebrated, and that is how Russians will get a reprieve, maybe a permanent one, from the degenerate brain candy of Western entertainment, notably from the Disney Corporation. Disney’s preponderant footprint in Russia includes local productions and television channels, the licensing of content and consumer products, cruises, magazine and tours, among other business.

The Walt Disney Company was founded in 1923 by brothers Walt and Roy Disney. Over the course of successive generations, Disney became a household name with famous animated productions – from Mickey Mouse (1928) to The Lion King (1994) – that touched the lives of audiences everywhere. It even played a patriotic role in wartime. In 1943, as the Allied forces had their hands full with Adolf Hitler, Disney studios even put out an anti-Nazi propaganda short film, featuring Donald Duck, entitled ‘Der Fuehrer’s Face.’ For many years, the positive influence Disney had on children and adults was never in doubt. But then America began to lose its mind, which had the effect of tarnishing the Disney brand.

So what went wrong with Disney and why should Russians rejoice to see it leaving? Sadly, this is no longer the same company that millions of people over the years have come to associate with family fun, outstanding morals and wholesome entertainment. That innocent golden age of America is a fading memory that won’t be coming back anytime soon, if ever. This transnational corporation has evolved into an entertainment leviathan that has very little in common with ‘Russian values,’ or even American for that matter. A large part of the blame must go to the ‘progressive’ tenets of so-called ‘Cultural Marxism’ that have been simmering below the surface of American society for decades, ever since the arrival of the Frankfurt School, which included sociologists at the cutting edge of ‘critical theory’ like Theodor Adorno, Max Horkeimer and Herbert Marcuse.

The rotten fruit of their collective endeavors became particularly noticeable with the election of Donald Trump, an unexpected turn of events that made Liberals lose their minds and seek out vengeance on conservative, God-fearing Americans. Thus, the Democrats propped up radical left-wing freshmen progressives in their ranks known as ‘The Squad’ (Alexandria Ocasio-Cortez of New York, Ilhan Omar of Minnesota, Ayanna Pressley of Massachusetts, and Rashida Tlaib of Michigan), who, together with a complicit media and many other actors, got to work pushing warped ideas onto the American cultural scene and beyond. Thus it should surprise exactly no one that a company with as much clout and influence as Disney was not going escape the social justice warriors and their sick and deranged commitment to ‘cancel culture.’

Much of the mental junk food that is being injected into American society across the board is loaded with questions on sexuality, which once upon a time were the sole purview of parents and their children, preferably behind closed doors. Today, government, schools and corporations have come to believe that it is their duty to educate children on biology, sex and gender, with particular emphasis on the latter term. Thus, children are being indoctrinated not with ‘normal’ biological relationships between male and female that the bulk of humanity has practiced since the beginning of time (and explains why we are here in the first place thanks to ‘natural’ reproduction between opposite sexes).

Rather, at the very youngest ages, youth are receiving lessons in transgenderism, alternative sexual lifestyles, even the occasional trip to the library for ‘Drag Queen Story Hour.’ In some states, school libraries stock reading material – complete with graphic images – that attempt to normalize pedophilia. This is what the left in the U.S. considers to be ‘progressive,’ and this is the insanity that is heading for the rest of the world – inside the Trojan Horse of Disney.

In March 2020, the LA Times elatedly reported on the news that Disney released a film (not under any sort of external pressure, of course) that featured “at least one queer cyclops.” Apparently the sexual proclivities of the other cyclops were not so obvious. In any case, the line (spoken by a female) that the Times got all worked up over went as follows: “My girlfriend’s daughter got me pulling my hair out.” It seems that people can no longer toss around words like ‘girlfriend’ without there being some sort of sexual connotation. Some people would call that the product of a ‘sick mind.’

Last year, Disney Pixar Studios “made history” once again, according to The Banner, by featuring more LGBTQ+ characters “including a minor lesbian character in the movie ‘Onward’ and their first gay couple in their short film, ‘Out.’”

The examples of other film productions dripping in sexual allusions could be continued for many more pages, but I think the point is made. Just as it is with every institution in the United States – from elementary school to the U.S. military – a disproportional amount of attention is being given to sex when it isn’t necessary. Interestingly, the impetus for such productions is not emanating from a wellspring of public demand; the push for such “diversity” is coming from the top, as seen in the Fortune 500 list that now places heavy emphasis on such issues.

It should surprise nobody that the Disney Company is appearing as a microcosm of the United States at large – two sides politically at war with each other, which is exactly the sort of scenario the elite wishes to engender since it further erodes the fragile bonds that hold society and nuclear families together. This month, a group of Disney employees who do not share the same “progressive orthodoxy” of their left-leaning peers that they say has cultivated an “environment of fear” for more conservative employees.

“The Walt Disney Company has come to be an increasingly uncomfortable place to work for those of us whose political and religious views are not explicitly progressive,” the letter reads. “We watch quietly as our beliefs come under attack from our own employer, and we frequently see those who share our opinions condemned as villains by our own leadership.”

The letter comes as Disney management struggles to conciliate employees who assert the company hasn’t done enough to halt a Florida law that forbids teachers from discussing “LGBTQ topics like sexual orientation or gender identity with students in third grade or below.”

While this may be the ‘new norm’ in the West, Russia now finds itself at a magical moment, as it were, where it can forever shut the door to a rudderless company that finds itself promoting ideas that are totally at odds with Russian values and beliefs, while posing great harm to the psychological state of children. 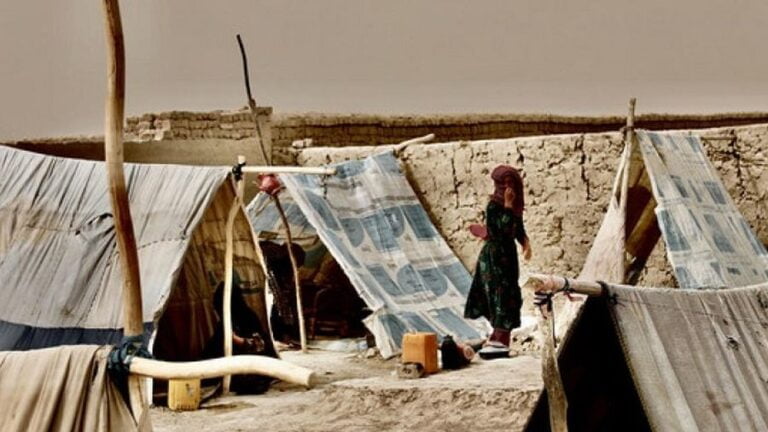 Against the backdrop of a spike of unrest along the border with Afghanistan and in the country itself after the withdrawal of US troops, more and more states in the region are trying to take every opportunity to maintain stability in the Islamic Republic of Afghanistan. While several regional players such as Saudi Arabia, Pakistan,…

The battle for Idlib will likely be the most fraught of all remaining fights to liberate Syria. Ankara has announced that as part of its rights and obligations, in line with the most recent Astana agreement, Turkey will be sending further troops into Syria’s fraught Idlib Governorate. According to Ankara, Turkish troops in Idlib will work… 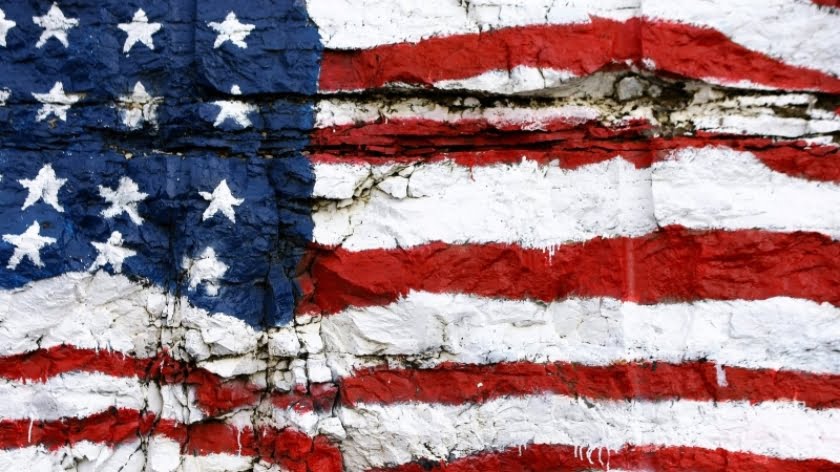 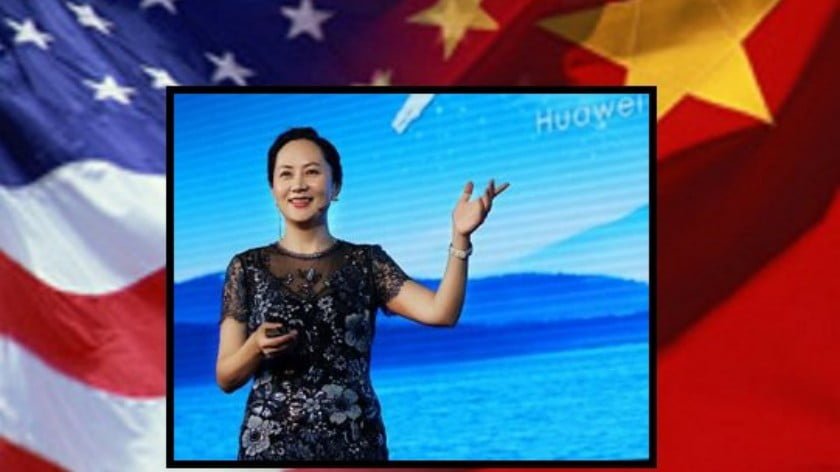 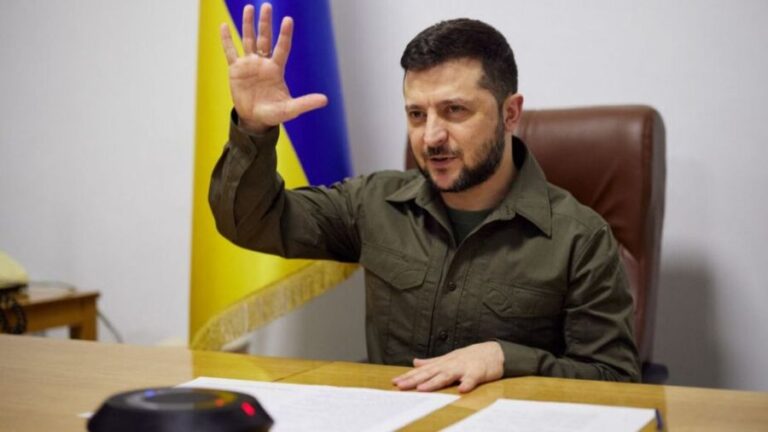 Zelensky and his handlers want the whole of Europe to drive over the abyss. But the talented Mr Zelensky is pushing the script beyond acceptable limits when he starts slapping Berlin around. Team Zelensky has been playing a deft, if cloyingly confected, game up to now. The Ukrainian president has found time in his busy…