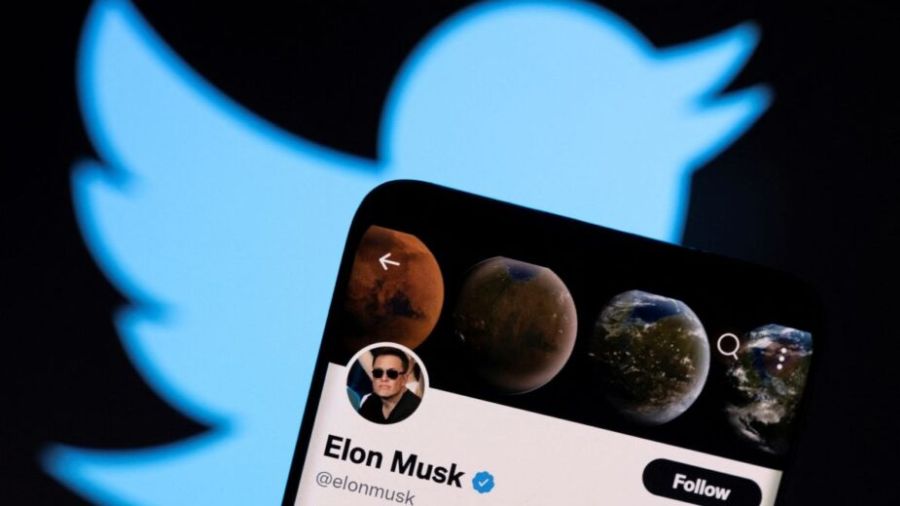 While many of us celebrate the sale of Twitter, let’s never forget the adage, ‘if it appears too good to be true, it probably is.’

Everything that is wrong about our modern times became apparent this week as the entrepreneur Elon Musk bought out Twitter for $44 bln, triggering a global meltdown as liberals feared their favorite toy had been lost to rightwing forces forever. Unfortunately, the story is more complex than that.

Musk’s purchase of the San Francisco-based company was such a shock that Vijaya Gadde, chief of Twitter’s “trust and safety” department, reportedly broke down crying while discussing details of the deal with colleagues. Whether Gadde’s tears were tears of joy or tears of sorrow – Musk’s takeover was estimated to have boosted the stock value in the company by at least $20 per share – we may never know, but hitting the lottery has been known to induce euphoric reactions among the winners. Jack Dorsey, for example, Twitter’s co-founder, alone stands to earn $1bn in cash once the deal is inked.

Another thing that got people talking about Musk’s muscular buyout was the promise it gives to conservatives that their online presence will no longer be dispatched to some internet archipelago for the crime of ‘wrong-think.’ Twitter, like practically every other California-based company, had become notorious for arbitrary ‘fact-checking,’ shadow-banning and the manipulation of its algorithms in a seemingly deliberate effort to keep the ‘public discourse’ running along an iron track of pro-liberal ideology. In its most controversial move to date, Twitter booted then President Donald Trump from its platform for “inciting violence” following the 2020 election. Meanwhile, the satirical publication, The Babylon Bee, also was banned from the platform for awarding Rachel Levine, the U.S. assistant secretary for health who identifies as a woman, its ‘man of the year.’ Clearly, there is no room for humor in this new world order.

Presently, the left is in a straitjacket of despair that the insanely rich Tesla developer will now do the unthinkable, which is to reactivate Donald Trump’s much-feared Twitter account. In fact, releasing the ‘Orange Man’ from his relative captivity may actually be the bitter medicine the establishment so desperately needs. Ever since America’s ultimate showman got ejected from the public square, the legacy media talking heads have lost all sense of purpose with their audience. Point in case is CNN’s recent efforts to launch CNN+; not even a European war could prevent the project from imploding just one month after its ill-fated launch.

In fact, Trump (who has said he would not go back on Twitter even with Musk in charge) was such a crowd pleaser that Twitter’s short-term success may be riding on the former president’s return to the virtual battlefield. Not only would such a move give Musk the star attraction he desperately needs, but it could prompt Trump to bury plans for his Truth Social, a hopeful home for conservatives that has got off to a less-than-inspiring start.

Behind the question of Trump’s triumphant return remains another far more important one: will Elon Musk make life easier for conservative Twitter users now that the company has gone private? The answer is far more complicated than it would seem. First, it’s essential to stop pretending that the genius introvert is not part of the gilded upper crust of society euphemistically known as ‘the elite’. From the time he was born into an insanely rich family in South Africa (his father, the co-owner of an emerald mine, was once quoted as saying he had so much cash that “we couldn’t close our safe”), Musk has never known what it means to struggle. And although others share such a privileged pedigree, Musk has gone out of his way to pay lip service to his peers, particularly and most disturbingly to the global cabal known as the World Economic Forum. He is where Musk the ‘super hero,’ as talk show host Joe Rogan once called him, meets Musk the WEF’s ultimate lackey.

Cynically speaking, it is almost impossible to imagine anything happening in the U.S. – especially the sale of America’s ‘electronic town hall’ in a critical election year – without some serious nods from above. Musk may be fantastically wealthy, but even his fortune does not give him license to act beyond the boundaries of ‘acceptability.’ If we no longer trust U.S. presidential elections to be squeaky clean affairs, then certainly the sale of a major social media platform warrants a high degree of suspicion. In other words, if Musk was allowed to buy Twitter it most likely involved some ulterior motive unbeknownst to mere middleclass mortals.

One possible reason is that it deepens the right-left ideological divide, which provides perfect cover for the class divide now raging between America’s haves and have-nots thanks to the Covid lockdown regime designated for ‘non-essential businesses.’ Come November, when the Republicans clean up Congress, the desperation among the most emotionally challenged people to ever walk the planet will have reached unsustainable levels. In other words, something will inevitably give, which could explain all of the barricades going up around Washington, DC. It is the opinion here that the elite may even desire such a scenario; chaos, after all, is the element they manipulate to their will like alchemists. So instead of the progressives fretting over a “straight white guy” buying their favorite hobby horse, they should be asking how it is possible that one man can have an estimated personal fortune of a quarter-of-a-trillion dollars? Alas, the American mind is trapped too deep in the Cultural Marxist swamp to understand the real cause of their plight.

This is what the pandemic has produced – infinitely rich individuals amid an economic battlefield strewn with the bodies of the “unessential” workforce, who sold their souls for a couple government stimulus checks. Conservatives could also care less, and are just happy that Twitter will no longer police over pronoun usage, ‘hate speech’ and Ivermectin. The point here is that the First Amendment right to free speech should never be part of a rich man’s bidding war. Constitutional lawyers should have prevailed against Twitter tyranny, not Elon Musk and his bottomless pockets.

It gets worse. Getting back to the point of Musk’s elitist pedigree, the man has long parroted WEF talking points, and ironically on Twitter, the platform he now promises to free from its liberal shackles.

By now, most people are quite familiar with Klaus Schwab and his undemocratic “build back better” plan for a post-pandemic planet. Among the most worrisome ambitions of these unelected technocrats, whose capital is hidden away in the mountaintops of Davos, is their desire to create a fully digitalized, cashless future where every single human exchange can be tracked and traced like any kitchen appliance. Musk is fully on board with such a future, which seems to have much more in common with modern-day (locked down) Shanghai than ancient Greece, where democracy truly reigned supreme.

Among some of Musk’s more questionable tweets, he has said that he will attempt to “authenticate all real humans” who wish to engaged in conversation over Twitter in the future. How will such a thing be accomplished? And is anonymity such a bad thing? After all, the 18th early Federalists wrote some of the most famous treatises under pseudonyms. And let’s not forget that the United States has not even perfected the rocket science of authenticating all registered U.S. voters.

On this point, it’s important to remember that Elon is the founder of Neuralink Corporation, the neurotechnology company that develops implantable brain–machine interfaces, exactly the sort of technology that a fanatic like Klaus Schwab could rally behind. Under the guise of ‘promoting democracy,’ and other sweet-sounding platitudes, is Mr. Musk actually paving the way for hard-wiring our brains to the internet where QR codes on our smartphones, or inside of our brains, will act as gatekeepers to our every move? It may sound a little out there, but that’s exactly what Musk’s team of assembled scientists at Neuralink company are attempting to do.

“One of Neuralink’s … techniques is that it places flexible threads of electrodes in proximity to neurons, the tiny cells that are the basic building blocks of the brain,” the New York Times reported in 2019. “The ability to capture information from a large number of cells and then send it wirelessly to a computer … is believed to be an important step to improving basic understanding of the brain.”

Back in June 2016, Musk wrote on the social media platform now under his control that “[C]reating a neural lace [on the human brain] is the thing that really matters for humanity to achieve symbiosis with machines.”

«Symbiosis with machines». Does anything else really need to be said about this guy?

So while the world may now be rejoicing that Twitter will allow open discussion on the question of universal income, vaccines and transgender designer kids, Elon Musk and his newly purchased platform are on some space odyssey to guide the human race into a trans-human future. While many of us celebrate the sale of Twitter, let’s never forget the adage, ‘if it appears too good to be true, it probably is.’ 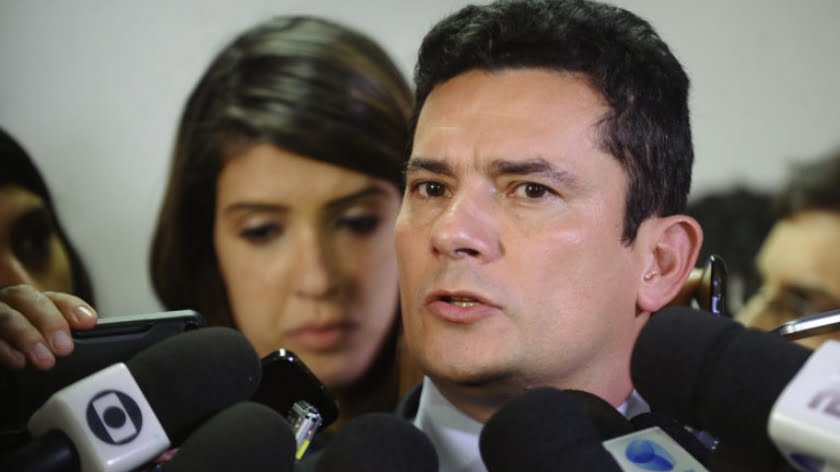 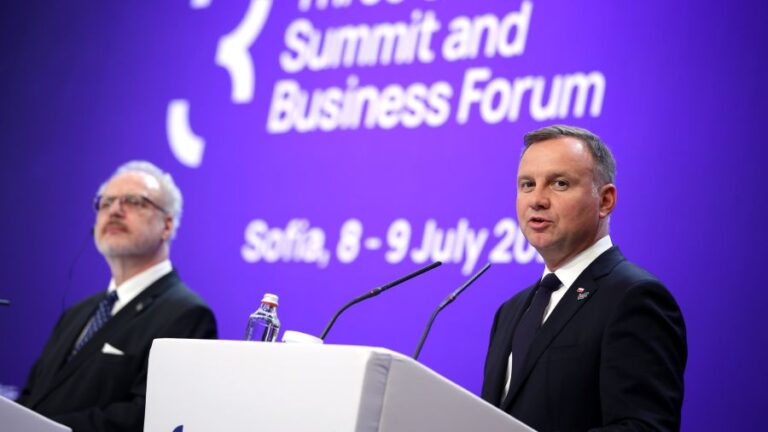 In September 2021, the chair of the All-Party Parliamentary Group on Poland published a report entitled “Three Seas Initiative and the Opportunities for Global Britain”. He and the report’s three coauthors are British citizens of Polish descent who lobby for cooperation between the two countries. The group’s chair, MP Daniel Kawczynski, is a rather colourful… 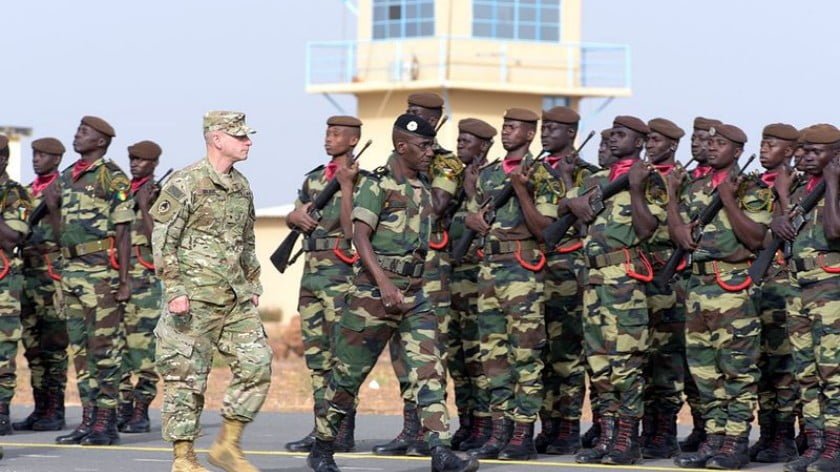 On December 13 National Security Advisor John Bolton made a presentation at the Heritage Foundation to unveil the foreign policy of the administration of President Donald Trump towards the African continent. (See this) Bolton emphasized that the administration’s posture towards Africa would be based upon the interests of the United States above and beyond all… 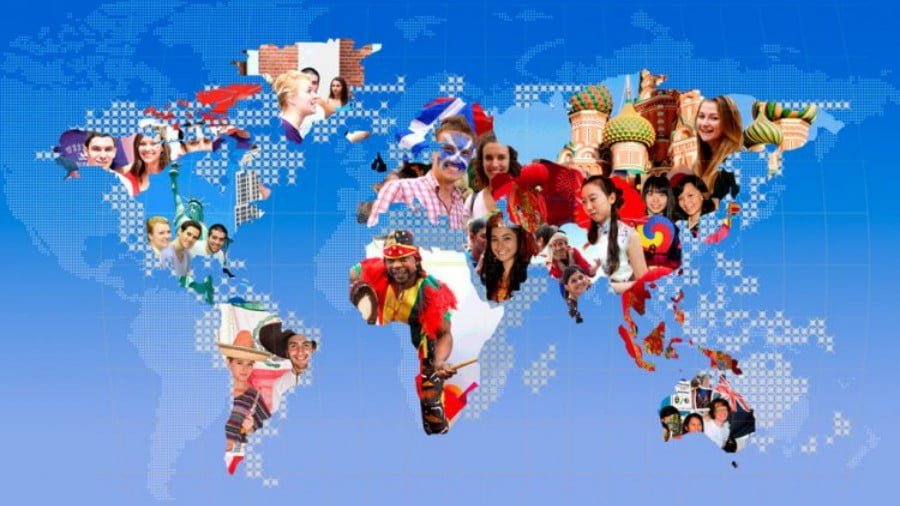 Russia’s 21st-century grand strategy is all about becoming the supreme “balancing” force in Afro-Eurasia through the skillful diplomatic management of the hemisphere’s multiple conflicts, though the greatest danger to this vision comes not from the US’ Hybrid Wars, but from Russia itself if its diplomatic and expert community representatives don’t rise to the occasion in… 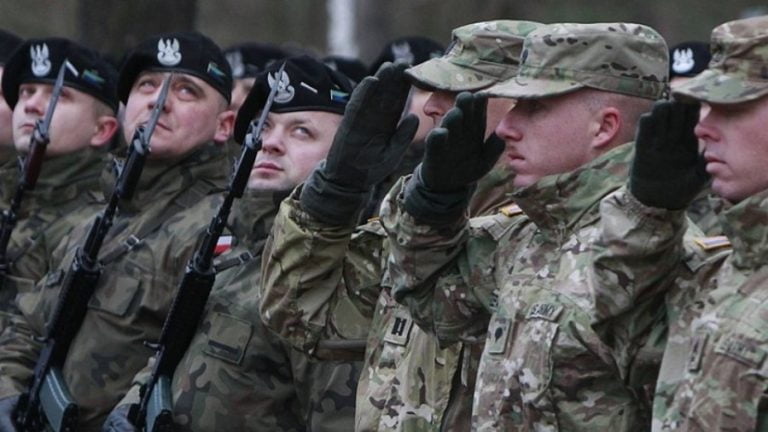