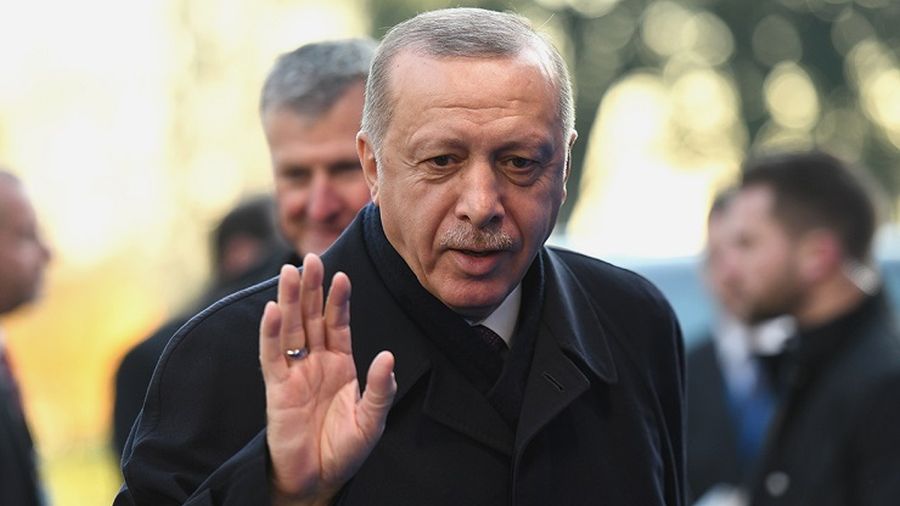 For many a year, relations between Ankara and Washington have been characterized by an “unstable balance.” If initially, when Erdogan first came to power, his Justice and Development Party (AKP) was supported by the United States, then over time it has ceased to be an American project, demonstrating (as well as Erdogan himself) more and more independence from Washington.

Barack Obama, for instance, considered Erdogan a moderate Muslim leader, calling him one of the five colleagues with whom he managed to establish the most friendly and trusting relations. He hoped that Turkey would become an example of a democratic country with a predominantly Islamic population, a kind of bridge between Europe, the Middle East, and the Muslim world. Yet, gradually both became disillusioned with one another.

Relations between the countries also developed ambiguously during the “Trump era,” especially against the backdrop of Donald Trump’s decision to withdraw from the Iran nuclear deal, and after Washington recognized Jerusalem as the capital of Israel and moved the American Embassy from Tel Aviv there.

Since Joe Biden’s arrival in the White House, relations between Turkey and the United States have continued to remain tense. One reason for this is the development of Russo-Turkish cooperation, including Ankara’s purchase of four Russian S-400 anti-aircraft missile battalions and active discussion of a contract for the supply of a second batch of these systems to the detriment of the American Patriot missile. In April 2021, Biden recognized the Armenian genocide, which predictably was negatively perceived by Ankara. At the end of August 2021, US Senator Robert Menendez, chairman of the Senate Foreign Relations Committee, criticized the current Turkish administration and personally President Recep Tayyip Erdogan, saying that any new Turkish government “cannot be worse” than the current one. Menendez’s remarks should therefore not be taken as a private opinion, but as the stance of the Biden administration, which wanted to give Erdogan a clear warning that his policies are unacceptable to the United States.

In recent days, Turkish-American relations have become even more aggravated against the backdrop of Turkish President Erdogan’s objection to the intention of Sweden and Finland to join NATO and thereby not only negate previous agreements between the West and Moscow on the non-proliferation of the alliance to the East, but also significantly escalate the situation with Russia.

In order to “persuade” Ankara, Washington has deployed intense pressure on it from many sides. Germany has been an “active ally” of the United States, especially since Olaf Scholz was elected chancellor, and having lost, as Russian Foreign Minister Sergei Lavrov recently admitted at the New Horizons educational marathon, its last signs of independence, the country joined in to attack Turkey at Washington’s behest. In the national pro-government media, Berlin deployed a campaign, and accusations began to appear there against Ankara, who had allegedly become an “unreliable partner” with the label “dictator” attached to the Turkish president.

At the same time, via various media outlets, Washington began to intensively disseminate targeted anti-Turkish information about the possibility of NATO expelling Ankara from the alliance over statements by the Turkish authorities about the refusal to approve Finland and Sweden’s membership in NATO. This was even stated by columnist David Andelman on CNN.

To make Erdogan more accommodating, US President Joe Biden commenced to demonstrate, against the backdrop of the conflict with Turkey, Washington’s rapprochement with Athens, Turkey’s outspoken opponent in the Eastern Mediterranean. For these purposes, an “ostensibly friendly” visit was organized by Greek Prime Minister Kyriakos Mitsotakis to Washington, where the Greek politician not only met with US President Joe Biden, but also addressed both houses of Congress at the invitation of House Speaker Nancy Pelosi. It is noteworthy that over the past 40 years, foreign leaders have received such an invitation only 70 times.

On May 12, on the eve of this visit, the Greek Parliament ratified a defense cooperation agreement with the United States that provides for the creation of four new American military facilities in addition to the four US military bases already operating in Greece. In an apparent favor to the White House, during his visit to the United States Kyriakos Mitsotakis declared his determination to make Greece “a key ally of the United States on the southeastern flank of NATO,” and launched a diplomatic offensive against Turkey, accusing Ankara of creating problems for the North Atlantic Alliance and major security threats in the Eastern Mediterranean.

At the same time, a number of observers noted that “Sleepy Joe” was in particularly high spirits, demonstrating in every possible way that for him, Greece was not just a country, but a part of his life. The head of the White House spoke about his close ties with the Greek diaspora in America. “I like to joke that I’m known as Joe Bidenopoulos in the Greek-American community in Delaware,” the US President said.

It is also noteworthy that Washington’s display of this “friendly rapprochement with Greece” took place on the eve of Turkish Foreign Minister Mevlut Cavusoglu’s visit to the American capital. During the discussions held in Washington with the Greek prime minister such painful issues for Ankara as the joint American-Greek activities on the naval base in Souda Bay on Crete, which Mitsotakis called the “diamond in the crown” of excellent bilateral military relations, were actively raised in public. Per the Greek TV channel Skai, Kyriakos Mitsotakis additionally showed the US president Turkey’s so-called “Blue Homeland” map, according to which Turkey owns a significant part of the continental shelf and water area in the Aegean Sea under the jurisdiction of other nations. “Everyone understands that expansionism and revisionism have no place in an increasingly complex global landscape,” a Greek government source quoted by AMNA said after the meeting at the White House.

In a US-led information campaign put forth by Bloomberg, frankly targeted information began to circulate about Turkey’s alleged readiness to accept the entry of Sweden and Finland into NATO in exchange for the supply of F-16 aircraft, an option to join the program for the production of F-35 Lightning fighters and having restrictions on the acquisition of S-400 anti-aircraft missile systems from Russia being lifted.

Yet, this portion of the information campaign promoted by Washington regarding Ankara’s alleged interest in the US F-35 Lightning fighters raises serious doubts. Especially against the backdrop of increased criticism of the F-35 program, which has been slammed for more than a decade, and the Pentagon not having issued permission for the full-scale production of these fighters. And even more so because, according to reports from specialized American military media outlets, the US Congress is now going to completely halt their purchase.

Clearly, Turkey and its president, Recep Tayyip Erdogan have repeatedly shown their independence from the influence of Washington or other external actors. There is no doubt that such an independent policy by Ankara will continue.

As for the various exhortations and commitments by the US in exchange for beneficial policies from other countries, everyone is already well aware, including Turkey itself, of the complete inability to negotiate with current US political circles, who can at any moment even reject international treaties for their own selfish purposes. 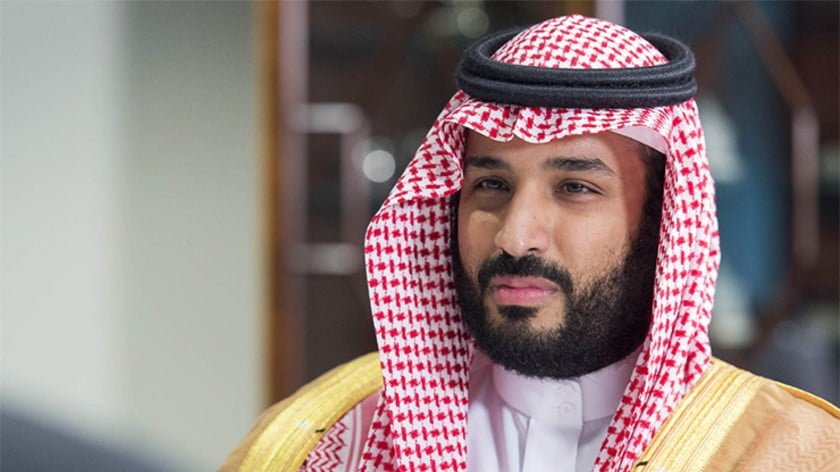 In the second half of February, the Crown Prince of the Kingdom of Saudi Arabia, Mohammed bin Salman Al Saud, visited a number of Asian nations. His tour became a perceptible political event in the region of the Indian and Pacific Oceans. Out of the countries, initially included in the trip (Pakistan, China, India, Indonesia… 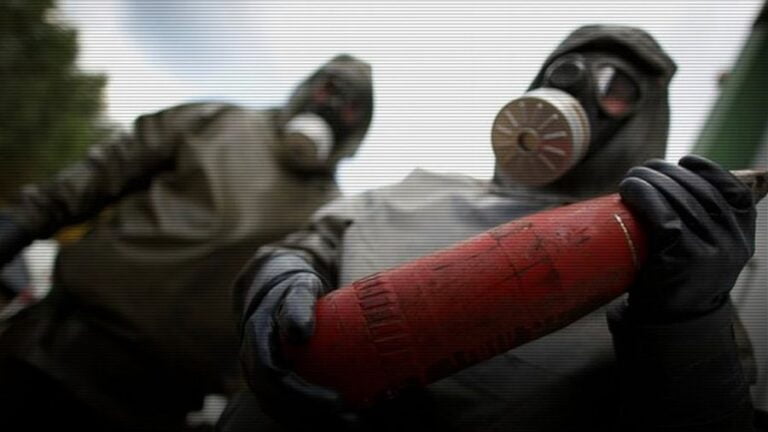 The US is once again waving around accusations against its adversaries of preparing to use “chemical weapons.” This time, the accused is Russia amid ongoing military operations in Ukraine. The Guardian in its article, “‘Clear sign’ Putin is weighing up use of chemical weapons in Ukraine, says Biden,” would claim: Russia’s false accusation that Ukraine… 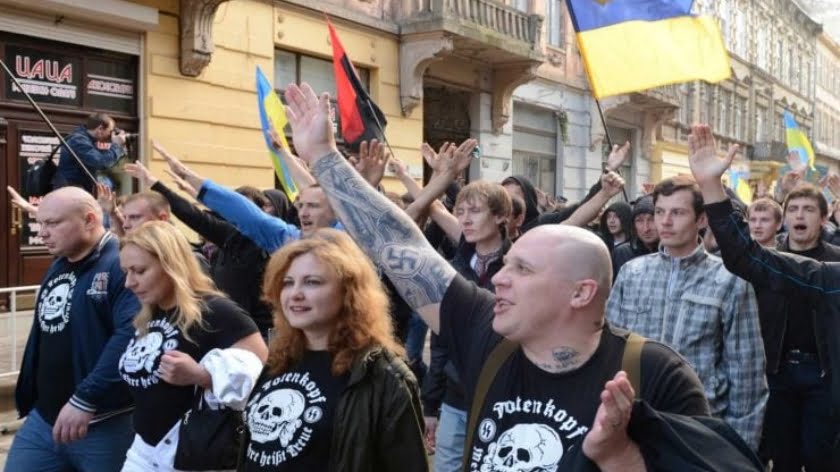 Clear and convincing evidence will be presented here that, under U.S. President Barack Obama, the U.S. Government had a detailed plan, which was already active in June 2013, to take over Russia’s main naval base, which is in Sevastopol in Crimea, and to turn it into a U.S. naval base. There can now be no… 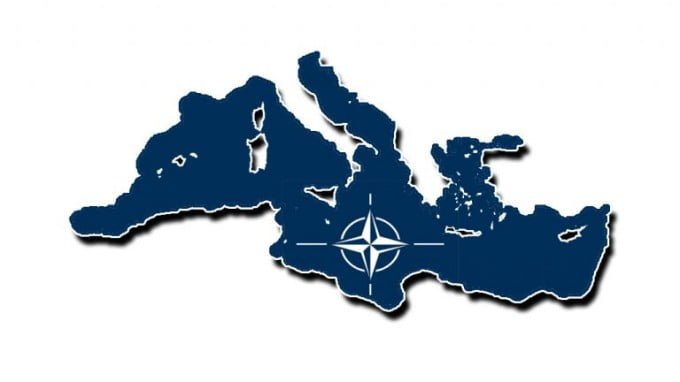