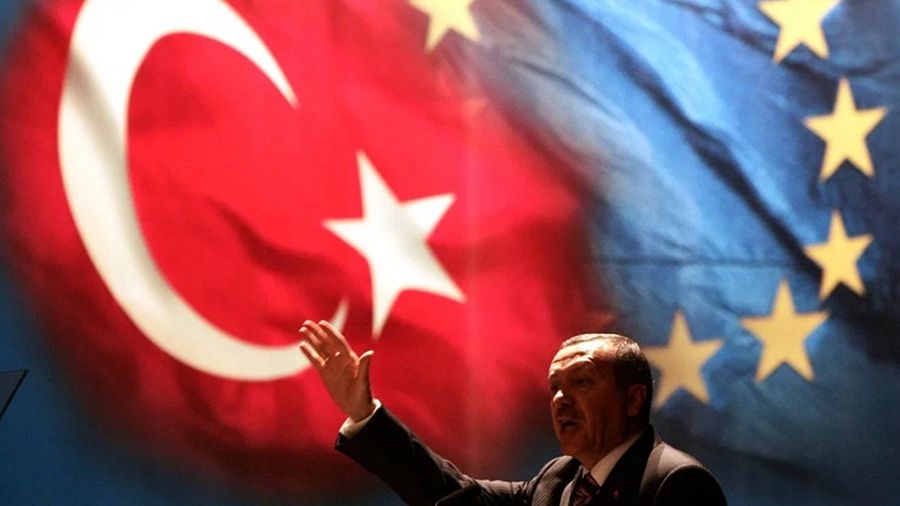 The “collective West” and many NATO countries have finally begun to receive objective information on the goals and results of Russia’s special military operation to denazify Ukraine. Instead of openly Russophobic coverage of these events by representatives of the current military-political elite of the EU and NATO and, above all, the United States, the true policy of the Nazi authorities in Kiev has begun to be more and more actively criticized by the population of Western states.

Despite the widespread anti-Russian sanctions regime imposed by Washington, which affected, among other things, the press and the blatant blocking of Russian media in the West, the change towards a positive perception of the justification and legitimacy of Moscow’s actions in Ukraine has occurred for a number of reasons. An undoubted role in this was played by the official statements of Russian politicians, their objective and regular coverage of the true results of the special operation being carried out by Moscow. As well as the enthusiastic reaction of the inhabitants of those Ukrainian regions liberated by Russia from the criminal actions of the Nazis and their repressions, who suffered for eight years from the excesses of the authorities in Kiev, systemic destruction by bombing, hunger, and non-payment of pensions and social benefits. Without any reaction by Western politicians condemning Kiev.

An important role in understanding the true processes in Ukraine and the aggressiveness of Kiev’s policy has also been played by the publications of even a few foreign journalists who, despite prohibitions by the Ukrainian authorities and the Western political elite, managed to see with their own eyes the crimes perpetrated by Kiev. And among them is the testimony of an independent journalist from the United States, Patrick Lancaster, about how the Ukrainian military systematically fires missiles with cluster warhead prohibited by international law at civilian settlements in the Kherson Region.

Or the reports of Press TV correspondent Johnny Miller, who visited the Petrovsky district of Donetsk, which Ukraine has been shelling since 2014, and who is personally convinced that the Kiev regime has been killing its own civilians with impunity for the past eight years.

Undoubtedly, the stories on the French radio station Sud Radio from the young doctor Adrien Boke, who just returned to France from Ukraine, are horrifying. Especially about how he was an eyewitness to the inhumane treatment of captured soldiers from Russia, their bloody torture and execution, as well as about many other crimes by the Kiev extremists. Therefore, his words become clear: “All these people from the right and left of the political spectrum are talking about Ukraine without knowing it. And all this is superimposed on the terrible coverage of the Ukrainian conflict by television. Between what really happens there and what we say on TV isn’t just an abyss.”

Despite the desire of the current Ukrainian authorities and their Western curators to hide the truth about the crimes of Ukrainian Nazis from the world, even the United Nations has received reliable information about the ill-treatment of Russian prisoners by the Armed Forces of Ukraine. This was announced in mid-May by the head of the United Nations Human Rights Monitoring Mission, Matilda Bogner, based on a recent report.

All this is taking place against the backdrop of documentary confirmation provided by Moscow to the international community of the United States developing and testing bioweapons prohibited by international law in its secret biological laboratories in Ukraine. Something that the American TV channel CBS even dedicated a report to.

Therefore, it isn’t surprising that the sobering up process everywhere will begin after the disinformation campaign launched by Washington, London, and a number of Western politicians on Ukraine, the fake information they used and the Russophobic speeches ordered by Washington, in particular by Josep Borrell, head of EU diplomacy, and Ursula von der Leyen, head of the European Commission.

“Ukraine costs Europe billions every month, but the EU again and again finds money for it” – said one report by the German television channel N-TV criticizing the position of the European authorities.

Today, a change in the assessment of events in Ukraine can be clearly seen in the speeches of many Western politicians. For instance, Bundestag deputy Petr Bystron wrote in a column for iDNES.cz that the statements by former US Secretary of State Henry Kissinger on May 24 at the World Economic Forum in Davos about Ukraine, that Western countries should stop trying to achieve a military defeat of Russia, and Kiev should make territorial concessions, speaks to a change in Washington’s position on Ukraine. This is also evidenced by recent publications in the American press. Petr Bystron drew attention to the change of position on Ukraine in the United States beginning with an article in The New York Times, saying that an armed conflict with Russia was not in the interests of Washington.

Holding referendums in Donetsk and Lugansk could end the Ukrainian crisis, Edward Luttwak, a political consultant for the State Department and the Pentagon, said in an interview with the German publication Die Welt in early June.

“Now is the time to tell Ukrainian President Volodymyr Zelensky that US military interests are different from Ukraine’s military interests,” wrote on June 4 the founding editor of The American Conservative Patrick J. Buchanan, former assistant to three Republican presidents of the United States and a highly influential politician in America. In his opinion, keeping Kiev in the US orbit isn’t worth the risk of an escalation of the conflict with Russia.

The West should come to terms with the “bitter truth” about Russia’s victory in the conflict with Ukraine now, writes The Hill and reasonably explains why a fragmented and dismembered Ukraine will not be part of the West.

Therefore, it isn’t surprising that the US, Britain, and the EU are discussing ways to resolve the situation in Ukraine without the participation of representatives from Kiev, as reported by CNN.

The change in mood and position towards Ukraine, previously actively supported by Ankara, is clearly seen in the statements of Turkish politicians. Ismail Safi, a member of the Council on Foreign and Defense Policy under the President of Turkey, in an interview with “Izvestia,” said “no one sees that the West has made sincere efforts to resolve” the situation in Ukraine.

As Turkish President Recep Tayyip Erdoğan emphasized on June 5, Europe is praying that “the world will emerge from the critical period it is experiencing as soon as possible.” In an earlier telephone conversation with his Russian counterpart Vladimir Putin, Erdoğan said that the military conflict in Ukraine is not beneficial to anyone and offered his mediation peacekeeping efforts. The security system created by the West has begun to collapse, the president of Turkey stressed the other day.

Under these conditions, Turkey is moving away from its former unequivocal support for Ukraine to a peacekeeping position, despite its involvement in the openly anti-Russian bloc known as NATO. It is once again demonstrating its flexibility, dynamism, and pragmatism in foreign policy.

According to even Western analysts, there is only one possible outcome: a fragmented and dismembered Ukraine that will not become part of the West. Fragmented in the sense that all of the Donbass (and possibly other territories), in the wake of Kiev’s unpunished violence for years, will no longer be under its jurisdiction. As Crimea did earlier, remaining part of Russia.  For a long time Kiev has been unable to dictate any of its conditions for a truce to Moscow. The only thing left for the criminal authorities in Kiev is to quickly agree to the conditions proposed by Moscow to resolve the conflict, if only in the name of saving the lives of thousands of Ukrainian soldiers. 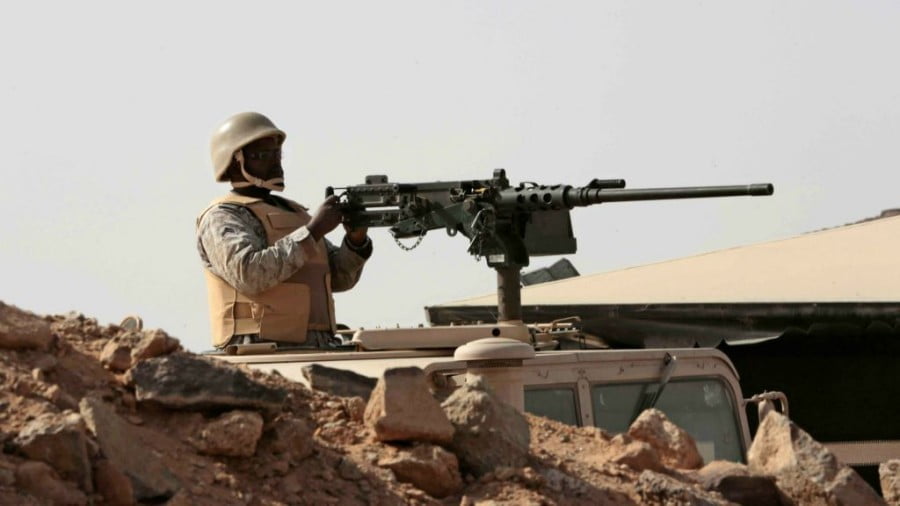 The war on Yemen, which has been ongoing for three years, gets way too little mention in “western” media: The reason for inattention is obvious: The United States bears real responsibility for the crisis. A quote from a Yemeni doctor found in PBS reporter Jane Ferguson’s piece sums it up: “The missiles that kill us,… 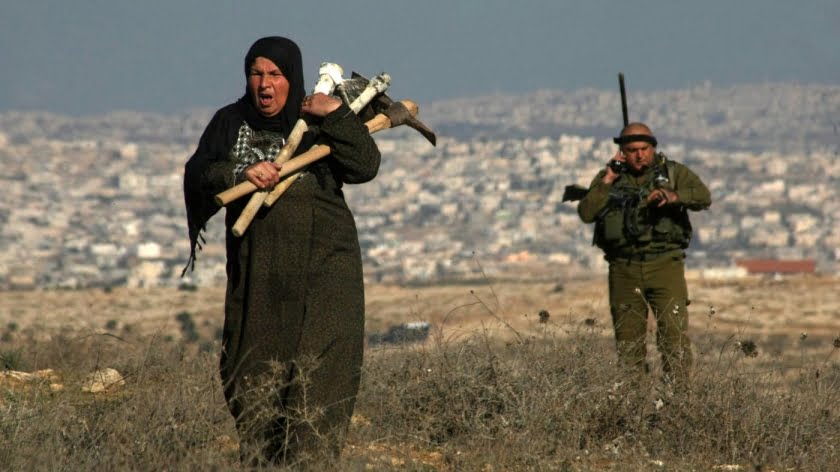 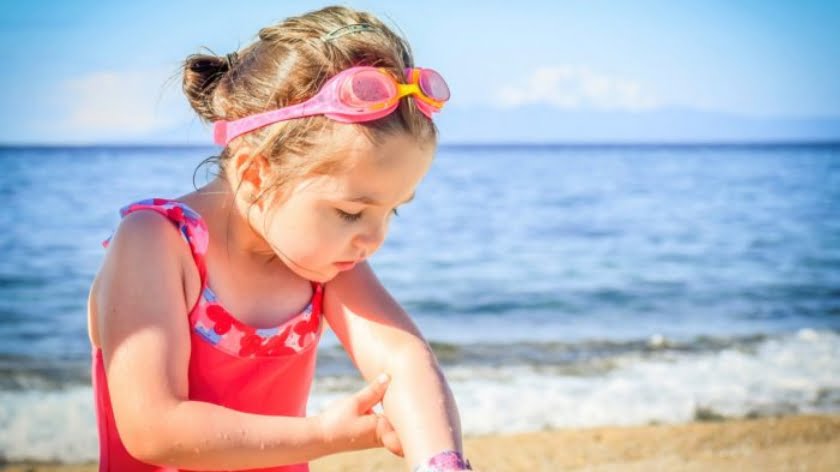 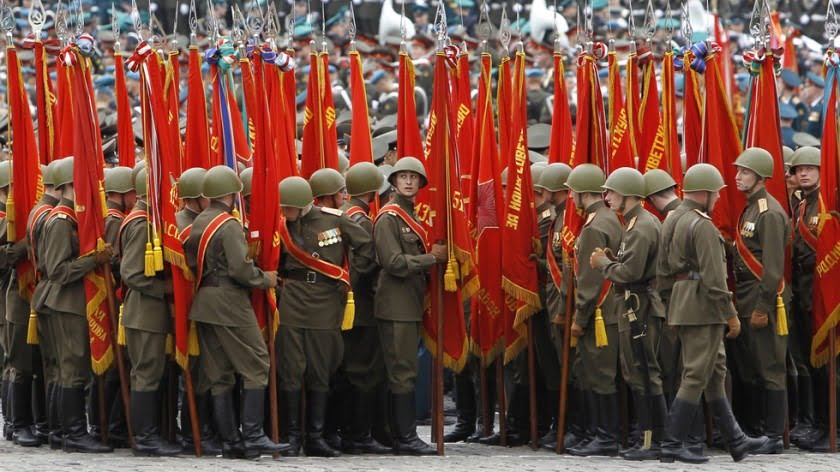