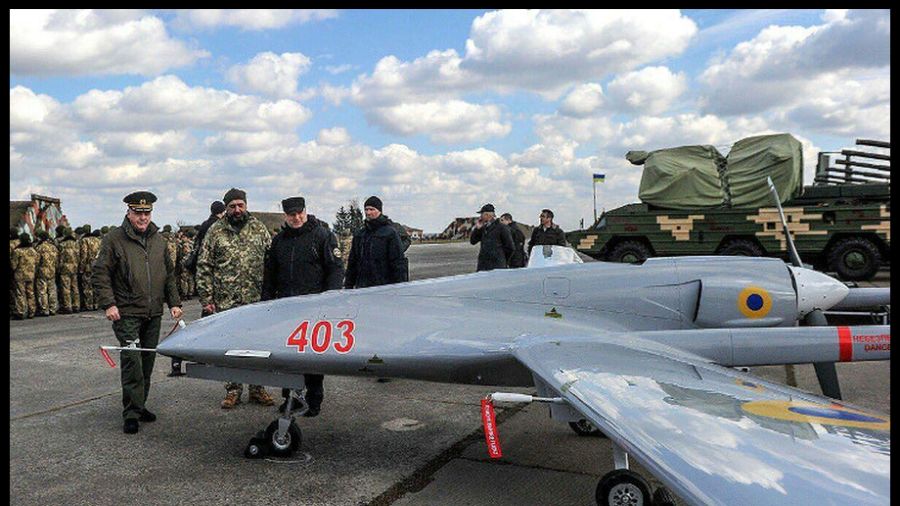 Although Turkey continues to be economically, politically and militarily dependent on the US and NATO, it is also moving further and further away from being an unquestioning supporter of Washington. And there are many reasons for this, which showed Erdoğan the collapse of the once monolithic “Pax Americana” system. Wherever Turkey sees a prospect for its expansion, it is confronted with “strategic interests” of the US, which is “slapping Erdoğan on the wrist,” seeking to limit Ankara’s actions and influence, and by doing so to increase its own. Erdoğan, now a problematic ally, underhanded and adventurous, ready to act against the interests of Washington and Europe, which have blatantly abandoned Turkey in the antechamber of the European Union, has recently become the target of criticism and attacks from the current US political elite. To counter Ankara, Washington has been increasingly involving its vassals, stirring up in particular the anti-Turkish conflict in the Eastern Mediterranean through Greece and France and thus trying to “reason with the free-thinking Erdoğan.”

But one of the most active instruments of opposition to the Turkish leader’s policies in the hands of the US in recent days has been the Kiev regime, ready to commit any grave sin at the whim of the White House, be it is selling off what is left of Ukraine for next to nothing, or the well-known failure of the recent bloody adventure of the Armed Forces of Ukraine near Kherson that killed 3,500 Ukrainian soldiers. The “cherry on top” of recent Ukrainian adventures has been the development of restrictions against the Turkish business community amid Ankara’s decision not to join the sanctions against Russia.

In fact, the Turkish newspaper Aydinlik has recently confirmed that this action was directly designed by Washington as another attempt to force Erdogan to be more obedient to US anti-Russian actions. The newspaper told its readers that it was the US that first sent threatening letters to members of the Turkish business community, warning them, in breach of diplomatic rules and international law, of imposing restrictive measures and publicly campaigning to this end. Two major Turkish business associations have even been warned by US Deputy Secretary of the Treasury Wally Adeyemo that if Turkish companies do business with Russia, they could face sanctions. Similar threats and calls for sanctions then appeared on the “War and Sanctions” website with the domain name gov.ua, referring to Ukrainian state agencies. In particular, a list of executives of Turkish financial institutions was published, with photos and personal details, as well as calls for the global community to impose sanctions on them. Specifically, against the heads of Ziraat Bankasi, İş Bank and Credit Europe Bank and several other members of the Turkish business community. The publication of a blacklist of executives of major Turkish banks, who are reproached for their cooperation with Russia, has been carried out on a portal that operates under the auspices of Ukrainian official institutions – the Foreign Ministry and the National Agency for the Prevention of Corruption (NAPC). More than two hundred NAPC analysts are responsible for selecting names for publication on this portal, informing foreign governments and citizens about the sanctions already imposed by Ukraine and thus engaging the public in a global campaign to expand the sanctions lists. The portal, meanwhile, demands that blacklisted individuals and institutions publicly condemn Kremlin policies, stop paying taxes in Russia and transfer a significant portion of their personal wealth to the Ukraine Reconstruction Fund.

Turkish businesspeople and ordinary citizens have already reacted rather harshly to such actions by Kiev, stressing that this is, to put it mildly, not the smartest course of action, since Turkey has been actively helping Ukraine in recent months. In particular, the issue raised by Kiev regarding the export of Ukrainian grain was resolved through direct mediation by Ankara. Turkey, moreover, is today not only an important political partner but also an economic one, supplying Ukraine with drones and announcing its intention to start building them on Ukrainian soil.  “In the circumstances,” stressed former Ankara representative to the European Union, Uluç Özülker, “calling for sanctions against Turkish organizations and businessmen is not the smartest thing for Ukraine to do. It would be madness for Ukraine to do such a thing. Ukraine needs Turkey.”

Ankara has already called the situation unacceptable and through official channels conveyed its strong reaction to Ukraine, demanding an explanation from Kiev. Turkish citizens have urged their authorities to respond harshly to Kiev’s outbursts against Turkish banks and businessmen who have refused to support anti-Russian sanctions, calling for an end to all assistance to Kiev and to cancel arms supplies for Ukraine.

Washington’s choice of Ukraine to strike Erdoğan again was not accidental, as Kiev has long expressed dissatisfaction with close cooperation between Ankara and Moscow, viewing such behavior by President Recep Tayyip Erdoğan as treasonous. Yet when Turkey and Russia cooperated to make a successful grain deal, which Kiev badly needed, Ukraine presented it to the world as if Russia had been “forced” to sign the agreement.

Turkey has famously refused to sanction against Russia, the only NATO member to do so. Robert Menendez, chairman of the US Senate Committee on Foreign Relations, even called Turkey one of the most serious threats to the modern world order in this regard, equating the “Turkish threat” to those posed by Russia, China and climate change.

Ankara, from the very start of Moscow’s special military operation, has remained politically neutral, guided primarily by its economic and political interests. It has therefore developed a partnership with both Moscow and Kiev, while showing a willingness to host peace talks.

Turkish newspaper En Son Haber recently reported that President Erdoğan publicly sided with Russia for the first time in the Ukrainian conflict, choosing Belgrade, Moscow’s ally, as the stage for his statement.

If Turkey and Ukraine’s diplomatic relations deteriorate as a result of this conflict, Kiev will be the first to feel the consequences, as the grain deal will be jeopardized. After all, Ankara can both diplomatically and technically stall grain shipments passing through the Bosporus. The supply of Bayraktar drones to Kiev could also become a problem, as could the implementation of plans to build a drone manufacturing plant in Ukraine in general. This scandal could also bury an earlier agreement on Turkey’s possible involvement in the post-war reconstruction of Ukraine’s infrastructure, as well as the inclusion of Turkey in the list of countries guaranteeing Ukraine’s future security, as Zelensky recently announced.

However, it appears that the emergence of these possible problems is of no concern to the Kiev regime, which continues its mindless policy of outright Nazi agony. 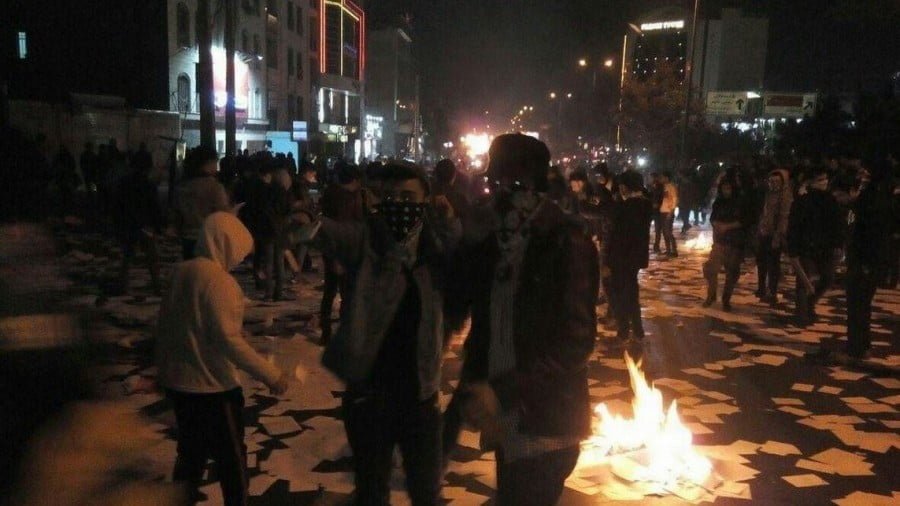 There are two general theories about the protests that are taking place in Iran. One, unfavorable to the Iranian government and establishment, is that the widespread discontent and rioting is over mismanagement of the economy that has particularly hurt poorer Iranians. The other is that we are seeing a contemporary replay of 1953 Iran and… 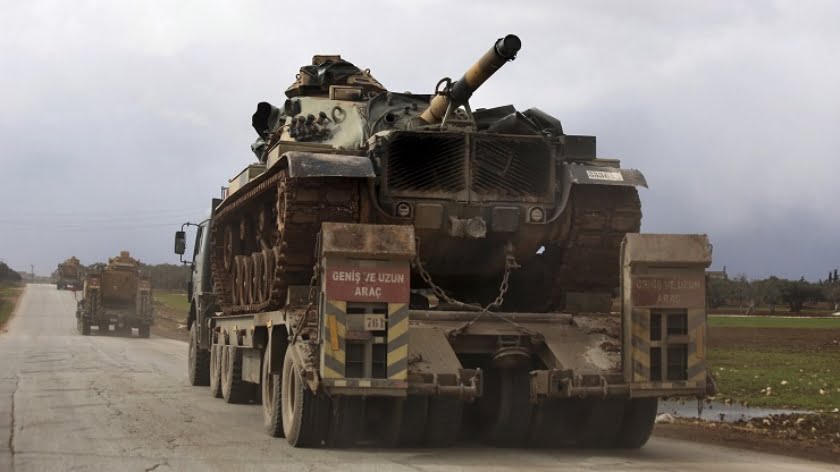 An American reader tired of corona journalism sent me a plea this week: “There must be plenty of cruelty being unleashed by the gangsters-in-chief across the ‘Mideast’ that simply isn’t making it into the headlines,” she wrote. “Trump et al are either ignoring it or silently condoning it.” I doubt if Donald Trump is ignoring… 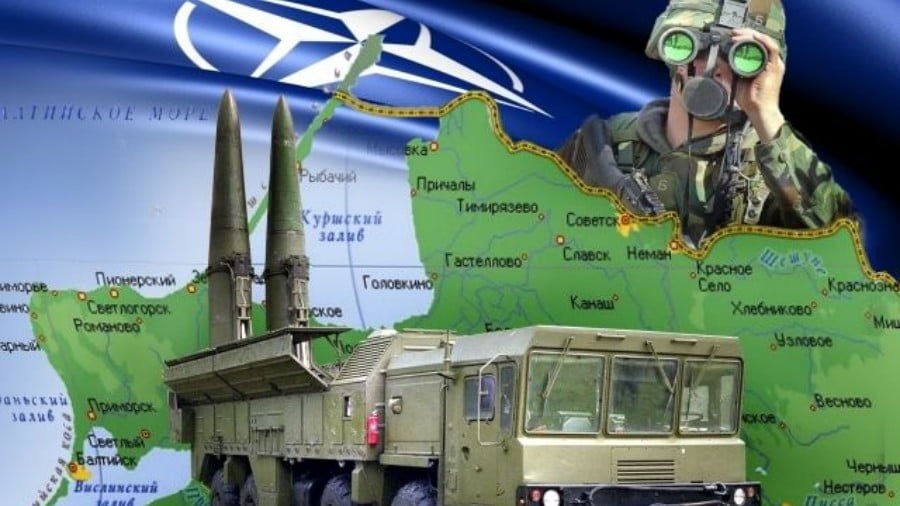 On Tuesday, the United States government issued its most direct and public threat of a military strike against Russia since the height of the Cold War. The US ambassador to NATO, Kay Bailey Hutchison, told a press conference at NATO headquarters in Brussels that if Russia failed to stop its development of a new cruise… 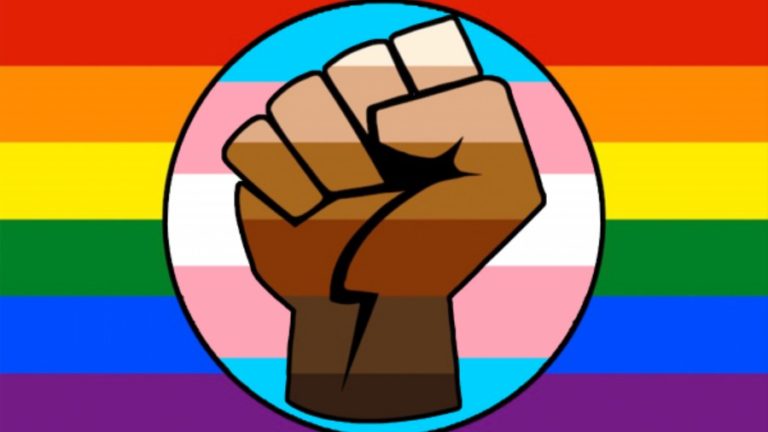 In early July I wrote a piece entitled “Does the next Presidential election even matter?” in which I made the case that voting in the next election to choose who will be the next puppet in the White House will be tantamount to voting for a new captain while the Titanic is sinking. I gave… 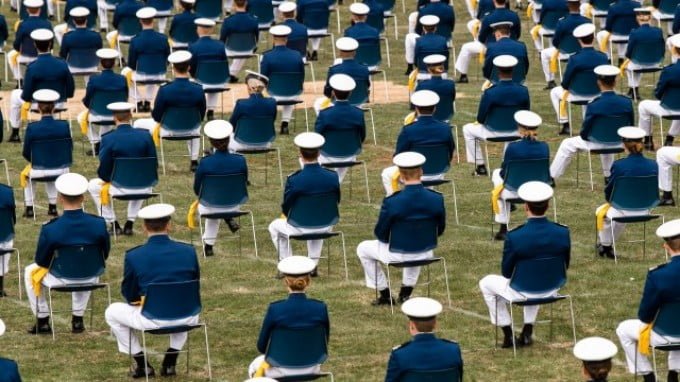