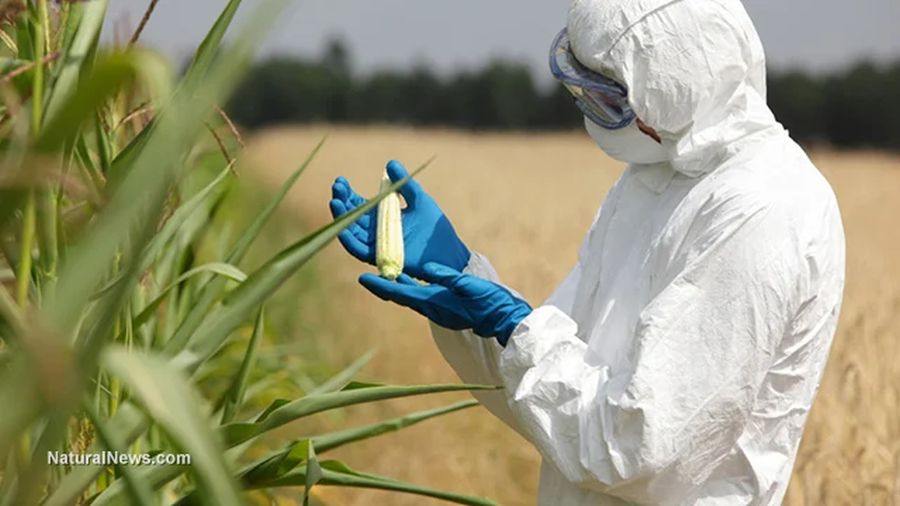 Imagine – there is a Green Movement, supposedly environmentally friendly, people friendly. It has a relatively short history, some 20 to 30 years, maybe?

Who wouldn’t like that? Green is beautiful. It pretends to protect Mother Earth and Humanity. Over the years, it becomes increasingly popular and turns into a political party. “The Greens”. Growing ever stronger throughout the Global West.

They talk about and predicate against men’s wasteful lifestyle. They promote organic food and fight against genetically modified or GMO food.

They turn the two decades old “global warming” converted to “Climate Change” into their agenda.

Climate Change becomes soon the driving force of the Greens. Man-made Climate Change – meaning fossil fuel-caused carbon dioxide (CO2) levels in 2022 peak almost at 420 parts per million (PPM). This, according to the US National Oceanic and Atmospheric Administration (NOAA) weather station in Mauna Loa, on the island of Hawaii. NOAA’s 2022 budget is estimated at US$ 6.9 billion.

Is this a dangerous level? We are made to believe it is.

Never mind that global oceans absorb some 67 billion tons of carbon dioxide since the creation of NOAA in 27 years, from 1992 until 2018. But a complex system of “positive and negative fluxes” are creating an equilibrium, oceans also emit carbon dioxide into the air, namely when the concentration of CO2 in the water is higher than in the air. CO2 from the oceans help feed the plants on land, when they do not find enough CO2 in the air. Plants live off carbon dioxide and release oxygen into the atmosphere. Without CO2, no plants. No oxygen. No life.

This little detail is conveniently ignored by the climate gnomes, by the Greens. It doesn’t fit into their agenda.

May the above explanation of positive and negative fluxes just be an illustration inspiring reflection on reality which is conveniently ignored by the climate freaks and especially by the Greens. They have taken over a lucrative political movement, funded by  philanthropists like Soros and Bill Gates. They also push against meat-eaters, hoping to convert them into insect-eaters.

The Green Agenda is in the process of restraining people’s liberties by abject and deceitful mind manipulation. In other words, humanity is made believe what isn’t.

One may ask, whose agenda is this?

And why are the Greens all over the Global North so eager to help promoting it?

Perhaps because it is part of a larger agenda of oppression, total control and transfer of assets from the bottom and middle to the top.

The Greens know exactly what they are doing. Just look what they are doing to Germany. They help ruining the German economy, and by association the EU economy. This is a process well underway. The Greens occupy five ministries in Germany, among them the two most powerful ones, Foreign Minister Annalena Baerbock and Economy Minister Robert Habeck.

They are responsible for promoting relentlessly the sanctions program against Russia – obviously dictated by the US – plunging Germany and by association Europe, potentially into the worst recession Europe has ever known, shutting off Russia’s gas supply on which Germany’s economy depends to 50% and the rest of Europe to a slightly lesser proportion.

Ms. Baerbock and Mr. Habeck, plus their Chancellor, Scholz, are at least co-responsible for accepting Washington’s dictate of the Russian sanctions program leading to Europe’s suicide. Others like France’s Macron and the Netherland’s Mark Rutte and more of so-called European leaders, happily join the club. It’s a wanton suicide, because they all know what they are doing and why they are doing it.

So, what we are living is not really Washington’s dictate.

There may be something much bigger behind the Greens and their agenda?

Perhaps the World Economic Forum (WEF) – which in turn is the visible instrument of the all dominating financial sector, led by the forementioned BlackRock and Co. – and then some smaller but still big enough “fish”, like City Bank, Chase and more. All those elegantly labeled, “too big to fail and too big to jail”.

The CEO’s and managers of these financial giants may have been promised some kind of “compensation” for playing along. For sure, they know what they are doing – ruining the lives of their countries’ people and economy. That’s for sure worth a hefty reward, maybe a “life-saving” recompence.

In many parts of the world, especially in Europe, the Greens are still hailed as the saviors of environment and humanity, hardly anybody has noticed the conversion from green to brown, from their environmental-social agenda into outright fascism. And yes, generously funded by such “philanthropes”, as the Gates Foundation, the Soros Fund, the Rockefellers and the Rothschilds.

Somebody with a lot of credibility may connect the dots between climate crisis, (geoengineering) crop destruction (famine and death), energy shortage during predicted ice-cold western winters, no heating, driving low resistance people into flu-like diseases, for which efficient remedies are withheld, so they get sick and many may die.

Cold winters will be an opportunity to administer flu “vaxxes” to the masses (same content as covid vaxxes), killing millions, because people still trust in flu-vaxxes and get them by the 100-dreds of thousands. Since their immune systems are already compromised from the various covid shots and boosters, many-many, maybe hundreds of thousands, may die. Indeed, form the flu shots. Official cause of death: Covid.

A great argument for more covid vaxxes, and the spiral of life destruction goes on. Will people wake up, before it’s too late?

Then there is massive infrastructure destruction – Pakistan is a recent case in point – by geoengineered weather (see this), leading “bankrotten” countries, to seek monetary enslavement from IMF and the World Bank.

The agenda is perfect. All plays into The Great Reset’s / UN Agenda’s 2030 population reduction scenarios, leaving at the end of the vaxx-decade, as WHO calls the 2020s, much fewer people. The elite – financial hegemons – expect to joyfully benefit from the bankrupted small and medium size companies  of which the assets were sucked up-up and away into the blue sky of the billionaires.

The usual villains, the financial giants, are calling the shots on the common survivors – maybe you and me – or the next generation.

If we don’t stand up, rise up to the next level of humanity, becoming from purely material beings, spiritual entities, vibrating on a higher cord, we may be chipped. The idea of being electronically manipulable, through algorithms or robots, for their benefit of the elite, of course, course, may be accepted voluntarily, because it’s so “cool” being a chipped transhumans, 5G-happy, while owning nothing.

That would be the end-stage. Largely facilitated by the legendary Greens turned Browns.

It won’t happen. We are many, they are few, and we will resist without violence, with a brand-new non-material lifestyle that will evolve dynamically. 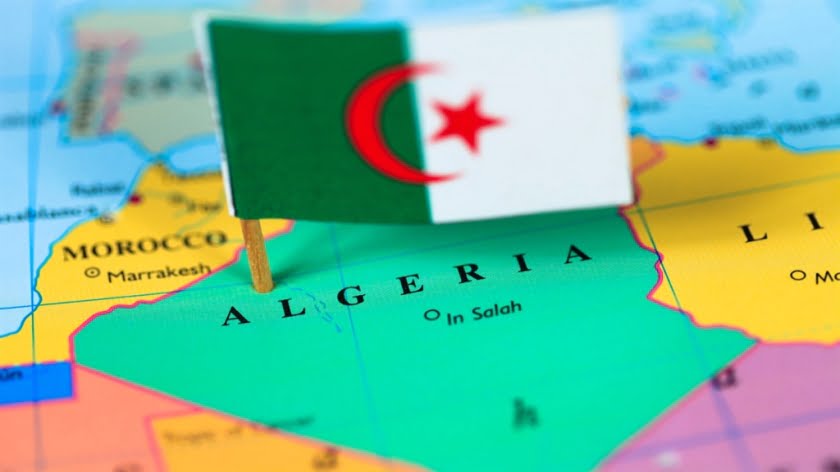 It has now been nine years since protests broke out across the Middle East and North Africa. After citizens took to the streets, the leaders of Tunisia, Egypt, Libya and Yemen all were deposed during the Arab Spring. What about Algeria – the tenth-largest country in the world, the largest in Africa and a country… 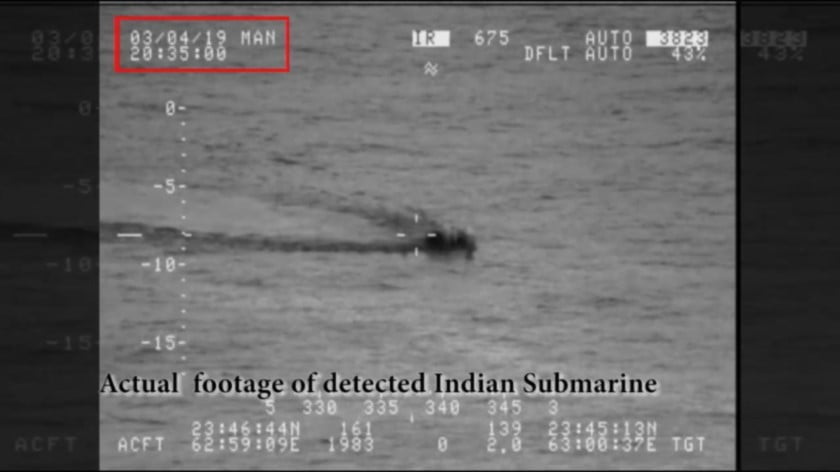 The Pakistan Navy proved its importance on Tuesday by intercepting an Indian submarine that attempted to infiltrate the country’s sovereign waters, highlighting the increasing role that this often overlooked branch of the Armed Forces is poised to play in the coming future as CPEC expands along the southern maritime vector to facilitate Chinese-African trade via… 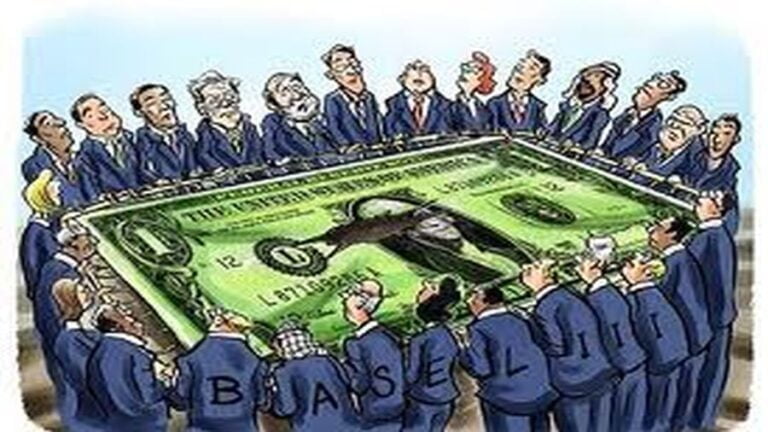 This one-hour video provides a comprehensive picture of who controls everything we buy, eat, read, travel in, clothe ourselves with, how and about what we communicate with each other – and, yes, they also control the climate. Please watch the documentary and spread it around as far and wide as you can. Click image below to… 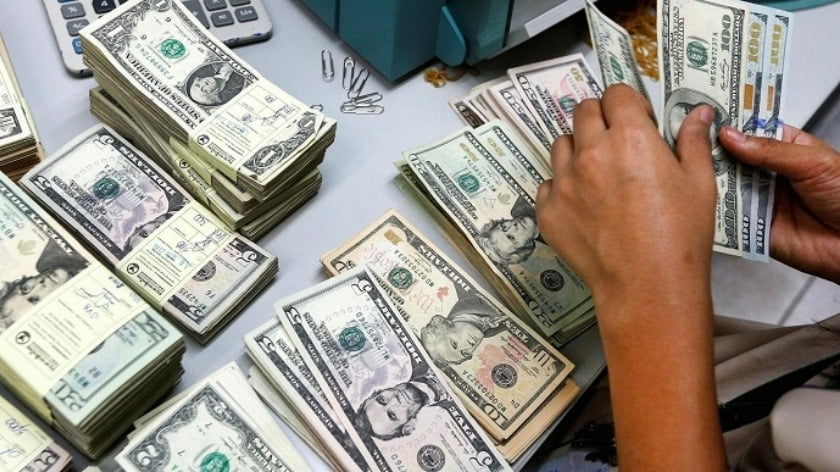 The widening gap between the current state of the U.S. economy and the role of the dollar is nearing a tipping point. As America’s economic power relative to that of other countries and regions is shrinking, this means that the dollar will hold less and less of a privileged position. Until recently, the dollar had…