They’re calling it “the worst US terror attack since 9/11.” A Muslim is being blamed for shooting up a gay nightclub in Orlando, Florida, killing more than fifty people.In the recently-published Another French False Flag, former CIA clandestine services officer Robert David Steele – who admits he executed one false flag operation for the Agency – lists ten “key indicators of a modern false flag.” The most important is #10: “Who benefits?”

So let’s start there.
The entire world just spent the past week celebrating the life of Muhammad Ali – and Ali’s religion, Islam. It was the best PR week Islam ever had.
What’s more, we didn’t spend the past week celebrating “house Muslim” Uncle Tom style Islam. We just spent an amazing week cheering for Muhammad Ali, a Muslim fighter, a truth jihadi, a man willing to sacrifice everything for truth and justice…a man who famously cheered on armed Palestinian resistance with the immortal words:

“In my name and the name of all Muslims in America, I declare support for the Palestinian struggle to liberate their homeland and oust the Zionist invaders.”

For the people behind the Islamophobia-based “clash of civilizations” – and the long list of false flags that created it – the past week of Muhammad Ali adulation was the ultimate PR nightmare. Meanwhile, during the exact same week, the Zionists have been panicking, fearing that Obama is going to take his revenge on Netanyahu by helping the Security Council pass a resolution essentially recognizing and officially establishing the State of Palestine within its pre-1967 borders.
The usual suspects may have responded with a massive publicity stunt in Orlando designed to make us forget Muhammad Ali … and make it much harder, if not impossible, for Obama to force the Israelis to withdraw from the territory they stole in 1967. In other words, this keeps the Clash of Civilizations going, and Israel expanding.
And who benefits from that? No Muslims that I can see.
Will the alleged perpetrator be interrogated to find out what he did or did not do, what his motives may have been, and who his associates were? Apparently not. Once again, we see the “perp shot dead, will never be interrogated or tried” syndrome. If international terrorism sponsored by groups like ISIS were really what it is made out to be, obviously live captures of all suspected terrorists would be the top priority, so interrogations could take place and terror networks taken down.
Another major indicator of “false flag” is the scale of the carnage. More than 50 dead? Only one shooter? And the guy was not even a special forces professional, but a flaky security guard?! (Who just happened to be on all the National Security radar screens, like so many others now-proven patsies.) Sorry, MSM, that doesn’t pass the smell test.
It’s funny how almost all “Muslim terrorists” are either ridiculously ultra-competent supermen able to take down skyscrapers and blow up the Pentagon using a couple of package-openers as their only weapons; kill ludicrously large numbers of people in mass shootings without any military training; or otherwise perform amazing feats of mass carnage … or else they are the world’s LEAST competent destruction-wreakers, dufuses who can’t get a match lit to try to blow up their own shoe, or who pack their underwear with sterno camping fuel and no detonator and somehow expect their crotch to explode.
Aside from the handful of supermen, practically every wannabe Muslim terrorist in the USA since 9/11 has been a total dufus. As Trevor Aaronson writes in The Terror Factory, almost all of the “Islamic terror plots” in the US since 9/11 have actually been FBI terror plots sold to some hapless patsy – a homeless street person, a retarded teenager – by a professional con artist.
Real terrorism usually falls in the middle of the bell curve: A handful of people (if any) get killed, and/or something of fairly modest size gets blown up. This is the pattern with the 94% of terrorist attacks that, according to the FBI, are not committed by Muslims, but rather by radical Jews, hispanics, leftists, animal rights activists, and so on.
But Muslims…whoah! They’re either supermen, defying the laws of physics to make skyscrapers disappear at free-fall acceleration through the path of most resistance or shooting huge crowds of people with a single Glock pistol…or they’re retarded kids, homeless people, schlemiels who couldn’t succeed in stepping on an ant if the FBI bought them size 20 shoes and released an ant colony next to their feet.
Statistically, the odds that Muslims would almost always either be way-too-lethal or else way-too-incompetent, while all other categories of terrorists would fall in the middle of the bell curve, must be about 20 trillion to one. Go ahead, pull up the statistics and do the math. The inescapable conclusion is that most plots and attacks attributed to Muslims are PR stunts concocted by the FBI and the Deep State, respectively.
We were told, almost immediately after the Orlando shooting, that “the shooter had pledged allegiance to ISIS.” Robert David Steele remarks: “The tape pledging allegiance to ISIS is patsy perfect.” And since ISIS is a Western public relations operation, a 4th generation warfare psy-op, the ISIS pledge in itself pretty much proves that the shooting was an inside job. (For details, see the section “Who is ISIS” in Another French False Flag.)

Mateen’s parents were born in Afghanistan, and he was ‘on the radar’ of U.S. officials for some time, but was not the target of a specific investigation, law enforcement officials told ABC News.”

If the deep state had been running him, setting him up for an event like Orlando, he would indeed have been “on the radar” – but his handlers would have made sure he wasn’t targeted by any specific investigation. This is what happened prior to 9/11 when Lt. Col. Anthony Schaeffer of Able Danger was ordered by his superiors to put yellow sticky pads over the faces of Mohammed Atta and other future “9/11 hijackers” and forget he had ever heard of them.
So if the carnage in Orlando is real (and I haven’t yet seen any indications that it isn’t) how might it have been produced? The two obvious possibilities include:
(1) Professional killers i.e. multiple shooters may have done the damage and/or assisted the patsy, as appears to have been the case in many other false flags including the Fort Hood shooting, the Batman theater shooting, the Sikh Temple shooting, and the more recent Paris and San Bernardino shootings. Robert David Steele remarks: “Multiple shooters are detected by proper forensics on all bullet paths and all spent rounds. I doubt responsible forensics will be done (if 50 real bodies) am pretty sure that if it were, it would identify multiple weapons not found on the scene from the spent round signatures. This is all way too pat.”
(2) The patsy may have been given the equivalent of special forces training, perhaps with the aid of MK-Ultra style hypnotherapy, obviating the need for professional assistance.
Of course, it’s always possible that yet another Muslim-named super-terrorist just appeared out of nowhere and decided, for unfathomable reasons, to stage a murderous PR stunt that would erase “Muhammad Ali Week” from the public mind and help Netanyahu resist the international push to force Israel to withdraw from the Occupied Territories.
But though it’s still to early to know for sure, the above-cited circumstantial evidence suggests that we should place the Orlando nightclub shooting in the “strongly suspected false flag” category. “For those who truly imagine outside the box, it’s crucial to understand the purpose behind the cynical utilization of Orlando, Florida. Home to Disney World and consequently the destination of so many families and their children over generations, it has become the one location you go to get away from it all. You leave the home behind and all of the negative evening news and you travel to the land of make-believe to involve yourself in childhood fun and fantasy.
“What’s the point? Well, what better means to galvanize the parents and children across America to take up the problem of gun control in earnest than by shooting up their adult and childhood playground.”
Editor’s note: The Disney World locale also reinforces the propaganda line: Muslims hate gays, Walt Disney, childhood happiness, families, mom, apple pie, free speech for cartoonists, etc. etc. THEY HATE OUR WAY OF LIFE SO WE MUST SUPPORT ISRAEL. -KB 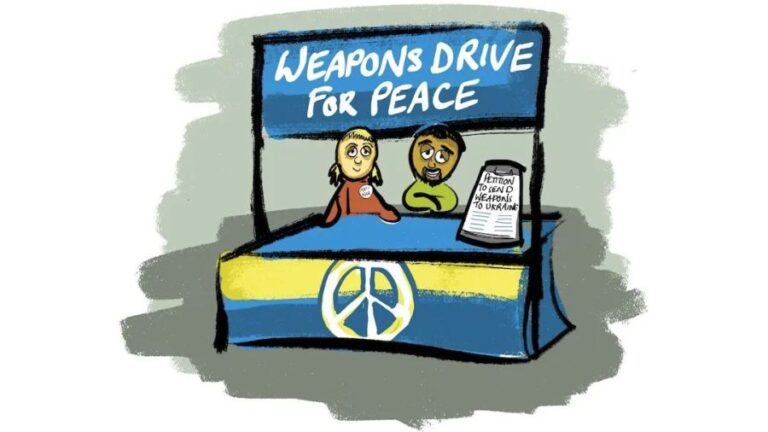 Listen to a reading of this article: ❖ Those who hate Russia the most are the ones who embody everything they claim to hate about it: they’re all pro-war, pro-censorship, pro-propaganda, pro-trolling operations, and support Ukraine in banning political parties and opposition media. They are what they claim to hate. Meanwhile those of us who… 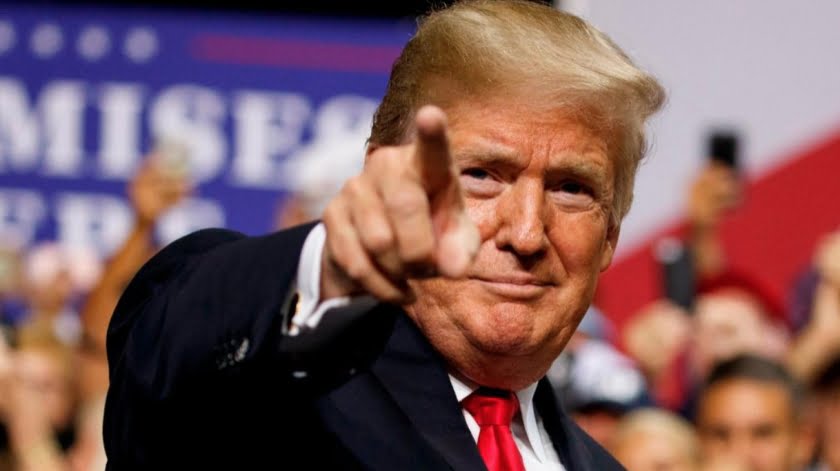 On the third day of his visit to Japan, Trump publicly insulted the intelligence of his global audience. He said he’s not looking to hurt Iran at all; that he wants the Iranians to say no to nuclear weapons, because the world has enough problems with nuclear weapons – and that he isn’t seeking regime… 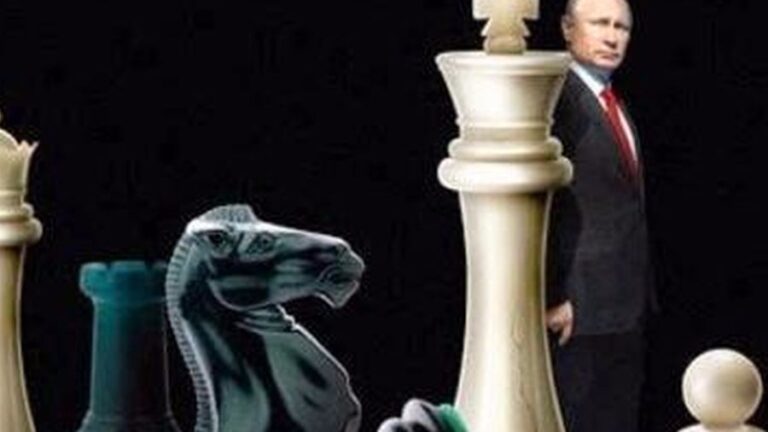 Up until February 23rd, 2022, the powerful countries of the world played a very rarified game. Too many people try to analyze geopolitics like it is a game of chess. Move, counter-move. Push a pawn? Threaten a knight, that type of thing. It’s easy to understand and makes for good copy. In the past I’ve… 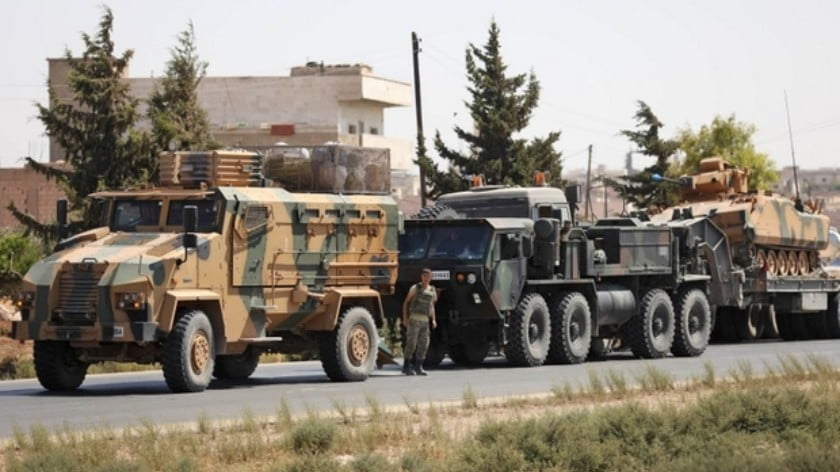 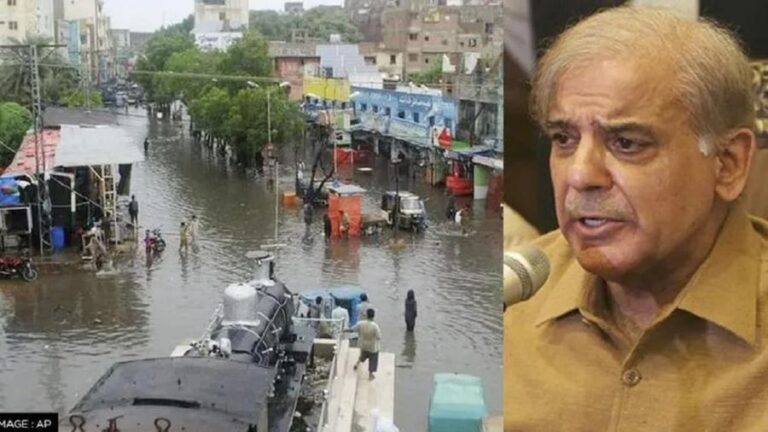 The post-modern coup leader’s warning can be interpreted as a cry for help to his backers in the Golden Billion that his time in power might soon be coming to an end unless they send billions’ worth of aid very soon. Incumbent Pakistani Prime Minister Shehbaz Sharif, who scandalously replaced his predecessor Imran Khan as… 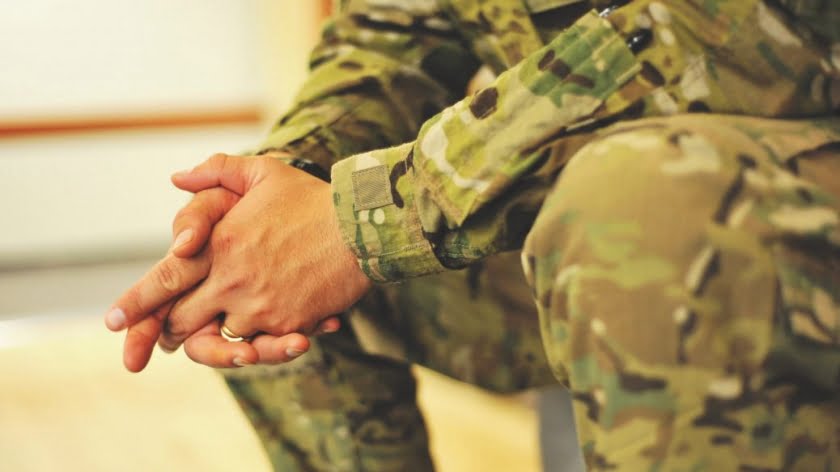