Alleged coup leader was once military attaché to Israel

Turkish media on Saturday named former Turkish Air Force chief Akın Ozturk as one of the main instigators of the country’s attempted coup on Friday.
Ozturk, who led he air force between 2013 and 2015 before retiring from the army last year, was also the nation’s military attaché to Israel in the 1990s; he served in the Jewish state between 1996-1998.
Turkey’s president has also blamed a US-based cleric for being behind the failed takeover attempt. Washington has said it would entertain an extradition request for Fethullah Gulen.
But US Secretary of State John Kerry also said that Turkey’s government would have to prove Gulen’s wrongdoing.
Visiting Luxembourg, Kerry said Turkey hasn’t yet requested that the United States send home Gulen, who left Turkey in 1999.
Gulen has harshly condemned the attempted coup attempt by military officers that resulted in a night of explosions, air battles and gunfire that left dozens dead. But Turkish President Recep Tayyip Erdogan’s government is blaming the chaos on the cleric, who lives in exile in Pennsylvania and promotes a philosophy that blends a mystical form of Islam with staunch advocacy of democracy, education, science and interfaith dialogue.
Erdogan has long accused Gulen, a former ally, of trying to overthrow the government. Washington has never found any evidence particularly compelling previously.
Gulen is understood to maintain significant support among some members of the military and mid-level bureaucrats. His movement called Hizmet includes think tanks, schools and various media enterprises. Gulen and Erdogan only became estranged in recent years.
In a statement, Gulen said he condemned, “in the strongest terms, the attempted military coup in Turkey.”
“Government should be won through a process of free and fair elections, not force,” he said. “I pray to God for Turkey, for Turkish citizens, and for all those currently in Turkey that this situation is resolved peacefully and quickly.”
Gulen sharply rejected any responsibility: “As someone who suffered under multiple military coups during the past five decades, it is especially insulting to be accused of having any link to such an attempt. I categorically deny such accusations.”
Source: timesofisrael.com
(Visited 14 times, 1 visits today) 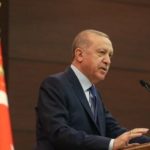