It was presumably intended as an Israeli history lesson to the world. A video posted to social media by Israel’s Foreign Ministry shows an everyday Jewish couple, Jacob and Rachel, in a home named the “Land of Israel”. A series of knocks on the door brings 3,000 years of interruptions to their happiness. First it’s the Assyrians, followed by the Babylonians, Hellenists, Arabs, Romans, Crusaders, Mamluks, and Ottomans – all straight out of Monty Python central casting.

Jacob and Rachel are forced by the warring factions to relocate to ever smaller parts of their home until finally they have to pitch a tent in the garden. Their fortunes change only with the arrival of a servant of the British Empire, who returns the title deeds. A final knock disturbs their celebrations. On the doorstep are a penniless Palestinian couple, craning their necks to see what goodies await them inside.

The chauvinism in portraying Jacob and Rachel as the only normal folk, stoically enduring barbarians butchering each other in their living room, is ugly enough. But it is harder still to take seriously an account in which the Palestinians suddenly appear out of nowhere in 1948, as Britain departs.

A mile from my home in Nazareth are the ruins of Saffuriya, a centuries-old Palestinian town until the Israeli army expelled the inhabitants in 1948 and blew up their homes. More than 500 villages were similarly razed.

In places where buildings were left untouched, it is Jews – not Palestinians – who squat in someone else’s home. But the falsification runs deeper.

Next to the rubble of Saffuriya lies the much older Roman city of Sephoris, where Jews settled nearly 2,000 years ago after their failed revolts against the Roman empire. A surviving synagogue’s mosaic floor reveals that the Jews of Sephoris worshipped the sun, so close had they grown to the area’s pagan population.

Other entanglements abound. In Nazareth’s old city is the world’s only “synagogue church”, where Jesus reputedly delivered his first sermon. It is a reminder that many local Jews would soon be calling themselves Christians, and later Muslims. Farther north, in the town of Bokaya, an ancient synagogue can be found next to churches and mosques. For centuries the Abrahamic faiths lived alongside each other in a communal harmony unknown in Europe.

In fact, contrary to Israel’s version of history, the most violent clashes – aside from the Jewish revolts – coincided with invasions by Europeans, whether the aggressive sectarianism of the Crusaders, or the British-backed creation of an ethno-religious “Jewish state” by Zionists. More usually, Palestine’s past was marked by cultural tolerance and genetic diversity. Conversions and intermarriages meant the region was a melting pot of identities and beliefs.

Israel, of course, prefers to obscure that history, because it leads to an obvious conclusion: the region needs less, not more, tribalism and dogma of the sort Israel favours.

The Jewish majority in Israel lives almost entirely apart from the Palestinians who stayed on their land and are today nominally citizens. Meanwhile, in the West Bank – known to Israelis as the Biblical kingdoms of “Judea and Samaria” – Jewish settlers lord it over a ghettoised Palestinian population subject to military rule.

Prime Minister Benjamin Netanyahu has been drafting a basic law defining Israel as belonging to a globalised “Jewish nation”, not the country’s citizens. And he insists that peace talks take place only once the Palestinians under occupation recognise Israel as such a Jewish state – a condition that, once viewed as risible, has now been adopted by Washington.

In a sign of the prevailing mood, Israel’s Education Ministry has recently banned from the curriculum two novels featuring romantic attachments between Jews and Arabs. At the same time, the “green line” that once demarcated the occupied Palestinian territories has been erased from Israeli classroom maps, implying instead that it is all Greater Israel.

Faced with Israel’s zero-sum policies and diplomacy, Palestinians have grown increasingly anxious about the future.

Last week a resolution from UNESCO, the UN’s scientific and cultural body, gave voice to their concerns. It highlighted Israeli threats to the most important Muslim and Christian heritage sites under occupation.

Recognising the importance of Jerusalem “for the three monotheistic religions”, the resolution nonetheless warned that Israel was exploiting its illegal control to erase the Palestinians’ connection to such sites, especially Al-Aqsa mosque.

Hoping to deflect attention away from these criticisms, Israel railed against the UN for denying primacy to its narrative. Al-Aqsa must be billed equally as Temple Mount, Mr Netanyahu insisted, referring to a long-lost Jewish temple believed to be buried under the Jerusalem mosque.

But the ruined temple’s likely location leads to the opposite conclusion Mr Netanyahu has reached: not that the Jews have a stronger claim to sovereignty, but that the region’s peoples and religions are impossibly intertwined.

That should be the chief lesson for the current Jacobs and Rachels, many of them living in armed and relentlessly expanding colonies on stolen Palestinian territory.

This land was always shared, and there will be no peace until it is again. 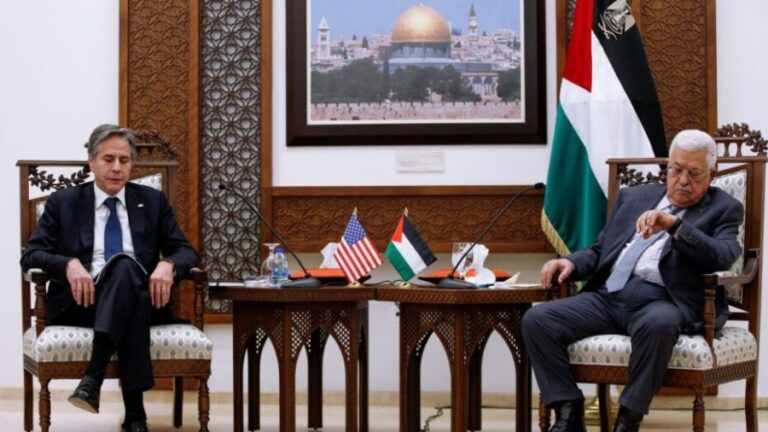 Israel will soon bar all access to a Palestinian village whose farmers have continued a tradition stretching back thousands of years of tending stone terraces to grow crops in the fertile uplands outside Jerusalem.  These farmers are among the latest victims of Israeli efforts to put in place the final pieces of a Greater Jewish Jerusalem… 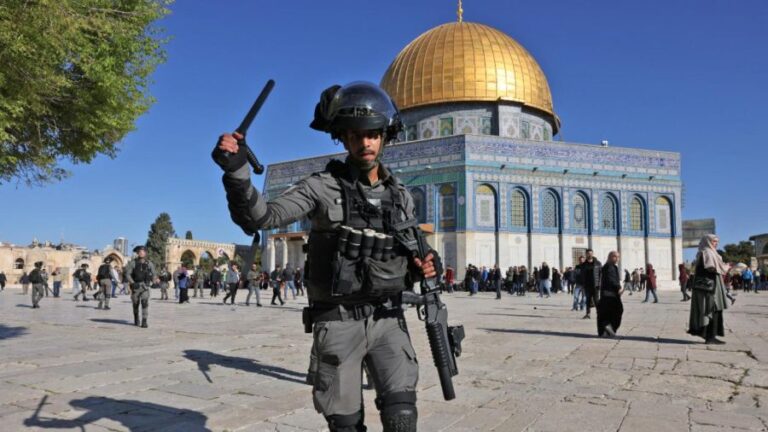 The Israeli Jewish colonial fundamentalist group “The Returning to the Mount,” which advocates the construction of a “Third Jewish temple” in al-Haram al-Sharif, the third holiest place in Islam, and is associated with the racist Kach group, announced this week that it plans to sacrifice animals as part of the Jewish Passover rituals on Friday in… 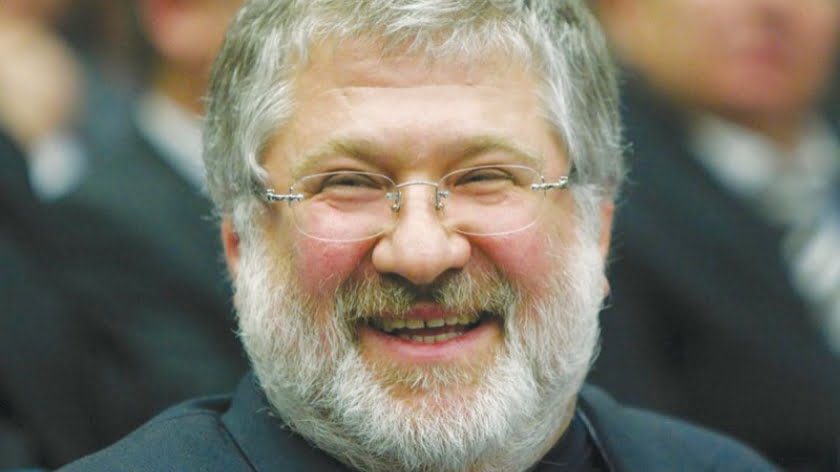 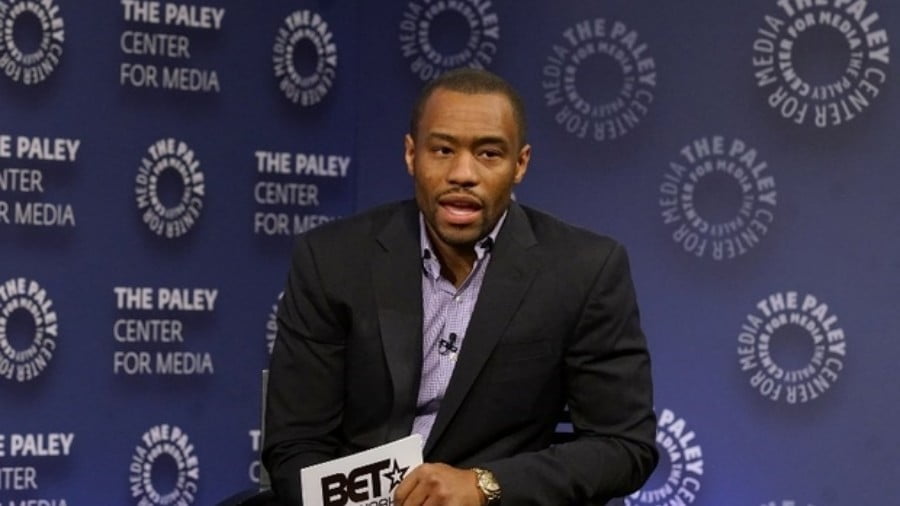 For 30 years, the United Nations has held an annual International Day of Solidarity with the Palestinian People on 29 November. The event rarely merited even a passing nod in the mainstream media. Until last week. Marc Lamont Hill, a prominent US academic and political commentator for CNN, found himself deluged by a tsunami of… 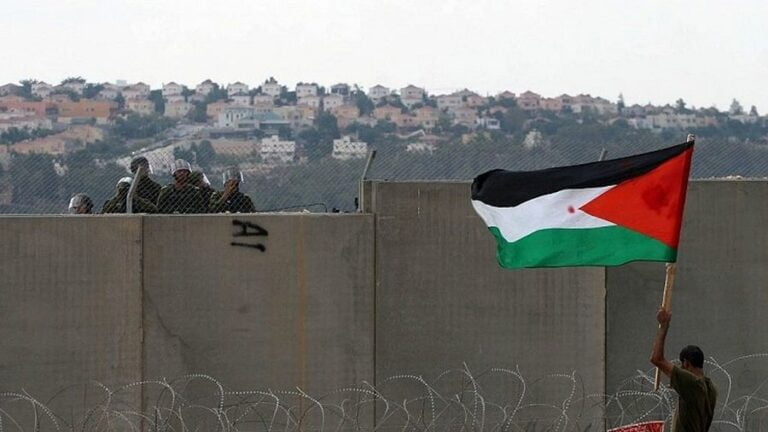 In the final days of 2021 Mahmoud Abbas, President of the Palestinian National Authority visited Benny Gantz, Israel’s Deputy Prime Minister and Minister of Defense at his home in Rosh Ha’ayin. The previous meeting between the two men had taken place in August, in Ramallah, following which Israel announced a series of “confidence-building measures”. The…