Amanda Taub tries to explain why the war on Yemen is mostly ignored and Syria’s conflict is not:

Conflicts gain sustained American attention only when they provide a compelling story line that appeals to both the public and political actors, and for reasons beyond the human toll. That often requires some combination of immediate relevance to American interests, resonance with American political debates or cultural issues, and, perhaps most of all, an emotionally engaging frame of clearly identifiable good guys and bad guys [bold mine-DL].

Most wars — including those in South Sudan, Sri Lanka and, yes, Yemen — do not, and so go ignored. Syria is a rare exception, and for reasons beyond its severity.

Taub is correct that most foreign conflicts don’t receive much attention in the U.S. In that sense, it isn’t surprising that coverage of a war in Yemen is so limited. In almost every other way, however, the neglect of Yemen’s conflict isn’t explained by these other factors. Is the Syrian conflict more relevant to U.S. interests than Yemen’s? Not really, but many advocates for toppling the Syrian government would like us to think so. While there are undoubtedly some great villains in Syria’s war, there aren’t “identifiable good guys,” either, despite the constant efforts of the rebels’ boosters to treat them as such. Our politicians and media choose to frame the conflict differently in one place than they do another. That framing didn’t just happen. It is the product of years of agitation to get the U.S. to take one side in the conflict. Meanwhile, Yemen’s conflict has usually been framed as a proxy Saudi-Iranian war or simply as a result of sectarian tensions, both of which are very misleading and get in the way of understanding what has happened.

Taub claims that in Yemen “[t]here is no camera-ready villain for Americans to root against.” That’s also not true. The problem is that the “camera-ready villain” in this case is the U.S.-backed coalition of client states using weapons and other assistance provided by our government. It flatters the U.S. to believe it is on the right–or at least less horrible–side in Syria, but that definitely can’t be said about our role in Yemen. When faced with the atrocious nature and disastrous effects of the Saudi-led war on Yemen that our government is enabling, it is easier to look away. It is notable that Taub’s overview of the war minimizes the extent of the U.S. role in enabling the Saudi-led campaign, which makes it seem as if the U.S. is only tangentially involved.

What makes the story of Yemen’s conflict less “compelling”? Here we have a rebellion against the established government that leads to a major foreign intervention, and that intervention then wreaks terrible devastation on the poor neighbor of some of the wealthiest states in the region. Taub never once mentions the word famine. Indeed, one would not know from this “explainer” article that the humanitarian catastrophe created by the intervention is every bit as dire as the one in Syria, and in some respects may be considered worse. “Yemen after five months looks like Syria after five years,” a Red Cross official said last year. He said that more than a year ago, and conditions have grown much worse since then. Yemen was listed as a Level 3 humanitarian crisis in the summer of 2015, which put it at the same level as the crises in Iraq and Syria. Now most of the country is close to suffering from one of the first man-made famines of the twenty-first century. That seems like it might make for a compelling story. Of course, what counts as “compelling” in our media coverage depends to a large extent on the actors involved.

There are some practical reasons why Yemen receives less attention, but they also point to why the war cries out for more coverage than it has received. Yemenis are trapped by the coalition blockade that also starves them of basic necessities, so the outside world doesn’t see the millions of displaced from their homes by the conflict and the tens of millions that desperately need food and medicine. The Saudis do their best to keep journalists from documenting what they are doing to the country, so it is difficult for anyone to get in to witness what is happening and also difficult to get back out to tell the story. The war itself makes it physically very dangerous for anyone to report on the war from the areas that are suffering the most, and the fuel shortage created by the blockade makes it hard to travel around the country in any case. Even if there were much more interest in the conflict than there is, there would be barriers to reporting on it. But there simply isn’t much interest at all.

No American politician has much incentive to call attention to this war, which would require either criticizing the United States and an American ally, or else playing up the threat from an obscure Yemeni rebel group.

That sounds plausible enough, but plenty of politicians are willing to criticize U.S. policies and “allies” at other times, so why not here? There are also obvious political incentives for members of the opposition party to criticize the Obama administration for its involvement in the conflict. But that would require Republicans to admit that Obama isn’t abandoning the Saudis and it would force them to criticize him for enabling the reckless behavior of foreign clients. One would also think that so-called “humanitarian” interventionists would be calling attention to the famine that the Saudis and their allies are helping to create, but then they would have to hold U.S. clients to the same standards that they hold other states, and most of them never do. The contrast with outrage over Darfur that Taub draws is instructive, because the same Sudanese government that slaughtered people in Darfur is a member of the Saudi-led coalition.

There are clearly incentives for our politicians to take the Saudis’ side, and many senators did so very vocally last month. Even if they weren’t motivated by their hostility to Iran, they would be inclined to side with the weapons merchants that benefit from the arms sales to the Saudis and their allies. Backers of the Saudi-led campaign have been “playing up the threat” from the Houthis for a year and a half by falsely claiming that Iran is trying to control Yemen through them. It was just a few days ago that McCain and Corker were absurdly redrawing the map to pretend that the Houthis posed a threat to the Strait of Hormuz, which is hundreds of miles away from the closest part of Yemen. Our politicians have no problem exaggerating the danger from the Houthis and Iran’s role in the conflict. That is how they justify or ignore the coalition’s crimes in Yemen, because they are all being committed in the cause of opposing imaginary Iranian “expansionism.” So it’s not true that our politicians don’t want to exaggerate the threat on the other side of the conflict. That is what the administration and some members of Congress have been doing for eighteen months to make the Saudis’ reckless actions seem even slightly defensible.

It is a mistake to conclude, as Taub does, that “most conflicts are Yemens.” There is no other conflict today or in the recent past in which the U.S. has helped a group of wealthy client states to wreck a poor neighboring country in the name of “reassuring” them of Washington’s support. This is a war effort that the U.S. keeps going by refueling the planes that bomb Yemen, and without U.S. support and diplomatic cover it could not have continued for this long. It is also unlike most other conflicts in that the U.S. could easily withdraw the support its clients need to continue waging it. That would de-escalate the war fairly quickly. Our government makes the continuation of the Saudi-led campaign possible, and for that reason alone it ought to receive twenty times the coverage here in the U.S. that it gets now. The fact that the Saudi-led intervention is also creating a famine that threatens the lives of millions of people is another.

It’s hard not to conclude that the war on Yemen is mostly ignored because it is an embarrassment to the U.S. and its clients. Most of the people that would normally be demanding that the U.S. “do something” to resolve the conflict are indifferent to the plight of Yemenis because they buy into Saudi propaganda and consider Yemeni victims of the war to be on the “wrong” side. U.S. support for this war is a disgrace, and so is the failure to oppose it. 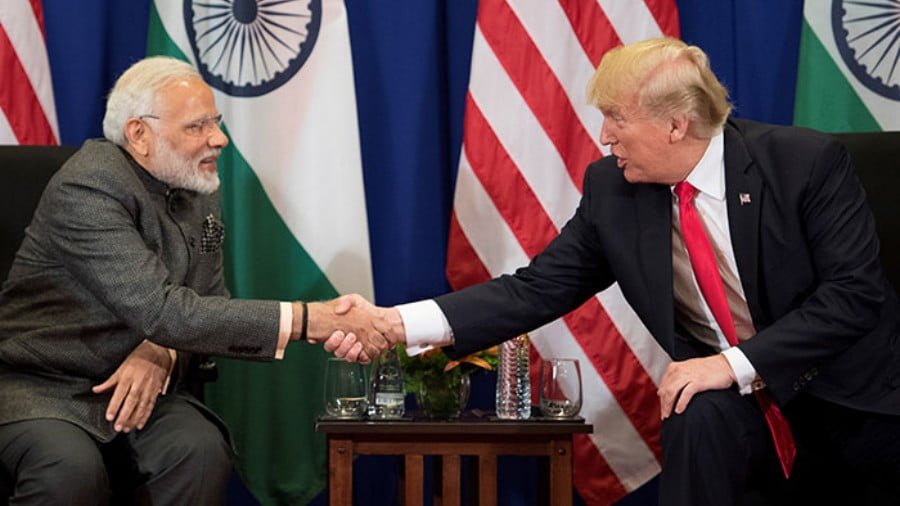 The US-Indian Strategic Partnership aims to “contain” Pakistan in three ways that go beyond the conventional model of fomenting instability within its borders. One of the centerpieces of 21st century geopolitics in the New Cold War has been the US-Indian Strategic Partnership that has been incipiently developing over the past two decades but really took…

The normalization of relations between countries in the Arab world and Israel is an extraordinary event, and therefore signing the peace agreements with the UAE and Bahrain – in Washington under Donald Trump’s hawk-eyed gaze – caused a flurry of comments, analytical articles, reports, and just plain speculation. But there is something that all these… 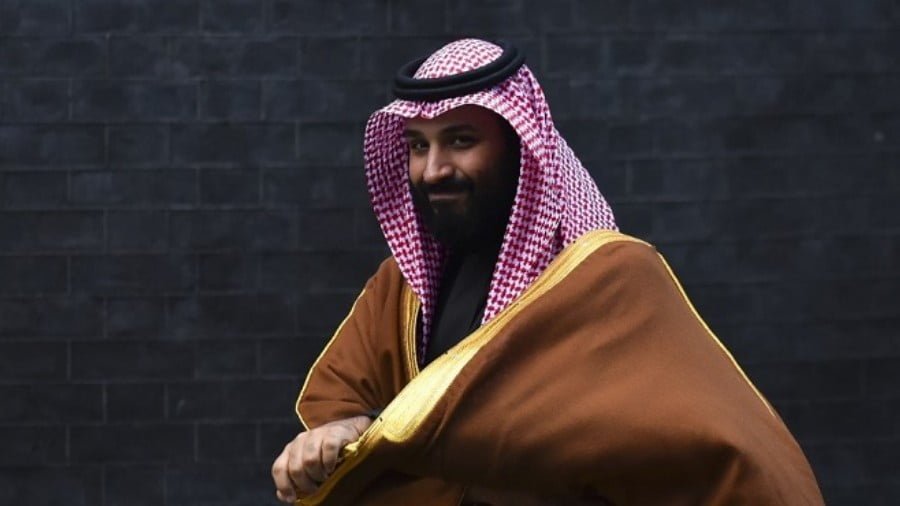