You really know that masses of people are living within a mind-control matrix when the greatest, most pervasive purveyors of fake news denounce others for the practice.

And yet they do so without the slightest hint of awareness about their own monstrous hypocrisy.

“Fake news” has become a hot issue following the surprise US election victory of maverick business tycoon Donald Trump. Supposedly serious Western media outlets have highlighted the spread of hoax stories purporting to be news reports as having swayed the presidential race in Trump’s favor against his rival, Democrat career politician Hillary Clinton.

One such hoax “report” was that Pope Francis had allegedly given his blessing to Trump just before the November 8 poll, which presumably prompted some American Catholics on board the Republican’s election ticket.

No doubt, the internet is a plentiful source of false rumor and other bizarre, tall stories.

But now, it seems, Western corporate media giants are calling for Facebook and other social networking sites to weed out “fake news”. Given how wrong the US media called the election and also their rabid bias against Trump, the hunt for a scapegoat is understandable.

US media mogul Mark Zuckerberg, Facebook’s CEO, seems ready to comply with demands to provide a team of censors against the spread of fictive reports. Even though, he claims that the vast majority of news links on his worldwide network are to genuine, factual content.

This is setting a sinister precedent for abusive, systematic censorship. Unfortunately, control of global information is prone to subjective Western cultural and political bias. Already we see how it is Western media outlets who are making an issue over “fake news” and it is Western-based internet companies like Facebook and Google who are taking on the mantle of filtering out content.

It is not hard, therefore, to imagine how this train of thought could be applied eventually to non-Western news services that supply information critical of Western government interests an conduct.

Take, for example, the war in Syria. Russian news media have provided many important, documented reports and analyses on how Washington and its Western allies are systematically colluding with jihadi terror groups to prosecute a covert, criminal war for regime change against the elected government of Syria.

By contrast, the Western corporate media have rarely if ever given any coverage to such verifiable violations by their governments in Syria. Or in any other recent conflict for that matter, such as in Yemen, Libya, Iraq, Afghanistan, Ukraine, Georgia.

Of course, this is because Western media outlets are part of the ideological, propaganda matrix that serves to conceal the crimes of Western governments, which, in turn, serve to facilitate the strategic interests of Western corporations.

Western so-called news services do on occasion publish outright fake news, such as when Iraq was accused of possessing weapons of mass destruction in the run-up to the US-led war in 2003. But far more often, the informational fare is less crudely fabricated and more subtly finessed with distortions and omissions of crucial facts and context. Still, that is tantamount to fake news, no less.

This week, Western newspapers and TV channels were reporting on how Russia was “destabilizing European security” by installing Iskander missiles and the S-400 defense system in its territory of Kaliningrad – the exclave between Lithuania and Poland.

The foreboding tone is typical of the constant flow of Western media reports over many months alleging that Russian warships and warplanes are menacing European territories. From Britain’s Daily Mail to America’s New York Times we have been told since at least last year that Russian troops were about to invade the Baltic states.

No matter that Moscow, including President Vladimir Putin and his top diplomat Sergei Lavrov, has repeatedly dismissed the allegations of Russian aggression. Undeterred, the Western “news stories” just keep being churned out as if by a manic conveyor belt.

As always, this week’s Western Russian-scare episode was spun and disseminated without the appropriate, crucial context.

The installation of missiles on Russia’s western-most territory comes after the US-led NATO military alliance announced plans last month to greatly escalate troops on Russia’s border. The Kaliningrad move also follows the deployment of US missile systems in Romania earlier this year.

Evidently, Russia’s latest military measures are in response to US and NATO offensive steps, or as Putin told American film director Oliver Stone in an interview aired this week, the Russian moves are “counter-measures”.

Washington and its NATO allies justify their reckless escalation on Russia’s borders as “defensive response” to alleged Russian intervention in Ukraine in 2014 and Georgia in 2008. But such Western claims are easily disputable, indeed rendered baseless if given to objective scrutiny.

The trouble is, however, Western media have by and large not allowed factual reportage to intrude on their pre-ordained narrative of impugning and demonizing Russia.

What we see is a systematic information campaign – bluntly, propaganda – that propagates fake news upon fake news in order to justify Western strategic interests. Those interests include: propping up NATO and the Western military-industrial complex that is so vital to sustain late capitalist economies; as well as subjugating Russia and its enormous natural resources for exploitation by Western corporations.

In this perspective, fake news about the Pope backing Donald Trump or about Hillary Clinton’s health condition is a trifle. The real perpetrators of fake news are professional media conglomerates that pound TV channels and internet screens every second of every day, with the diabolical risk of igniting all-out global war.

This corporate-controlled fake news about alleged Russian aggression in Europe or purported violations in Syria and Ukraine is correlated with the sanitizing of real news about how Western governments are supporting terrorists in Syria, or aiding and abetting state-sponsored slaughter of civilians in Yemen.

So pervasive is this matrix that the systematic purveyors of fake news can turn around and, with a straight face, pontificate to others about the “ethics of journalism”

What is truly alarming is that the West’s weaponization of information – self-declared as independent, free-thinking – has become so inculcated that real, alternative news could end up being banished from public access.

Dissenting news sites, including many that are based in the West and elsewhere, including Russian’s RT and Sputnik, often convey context and facts that upend Western official narratives.

Just because those alternative news perspectives might appear outlandish to grossly distorted Western narratives, will they then be subject to censorship?

Accusing Western governments of sponsoring terrorism or fabricating “Russian aggression” could, plausibly, seem like fake news if control of the internet were given over to a coterie of Western-based monitors. But such designation of “fake news” is only due to oblivious cultural arrogance and indoctrination.

Maybe the internet will not succumb to the latest Western crusade against “fake news”.

However, considering how so much of Western “news” is already weaponized and when you consider the deeper malign purposes that it truly serves, then the practice of creeping censorship is never too far away. 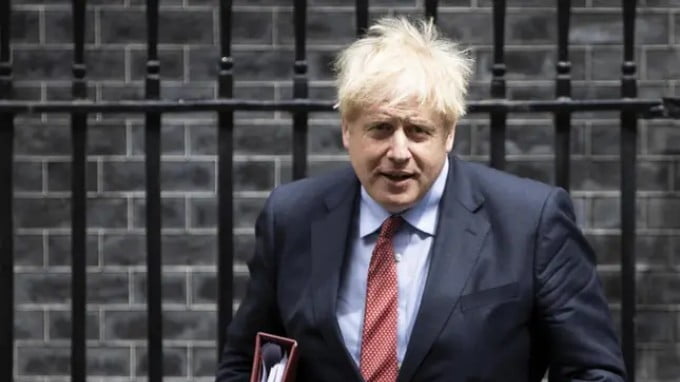 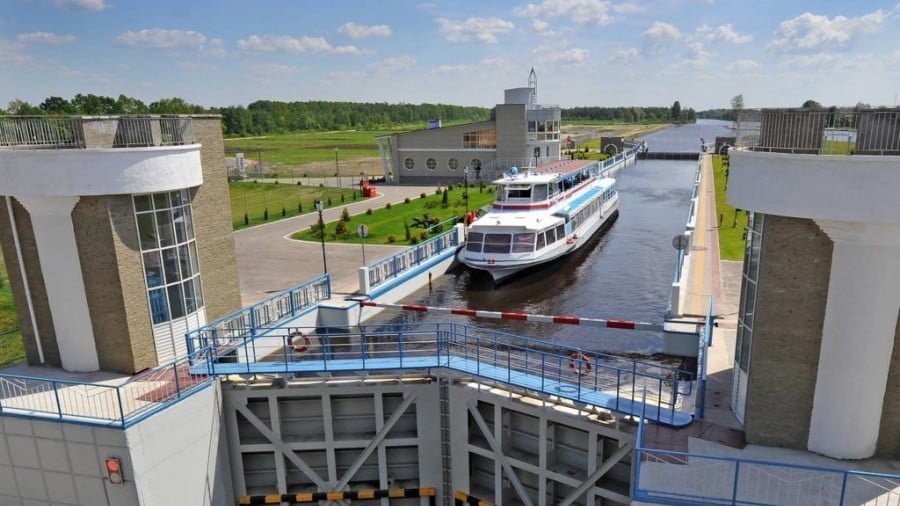 A Polish Canal Might Make All the Difference in Belarus’ “Balancing” Act The successful realization of the E-40 waterway project, a little-known initiative to link the Baltic and Black Seas via a renovated system of canals, might be enough to disrupt Belarus’ delicate “balancing” act in favor of the West if its crucial Polish component… 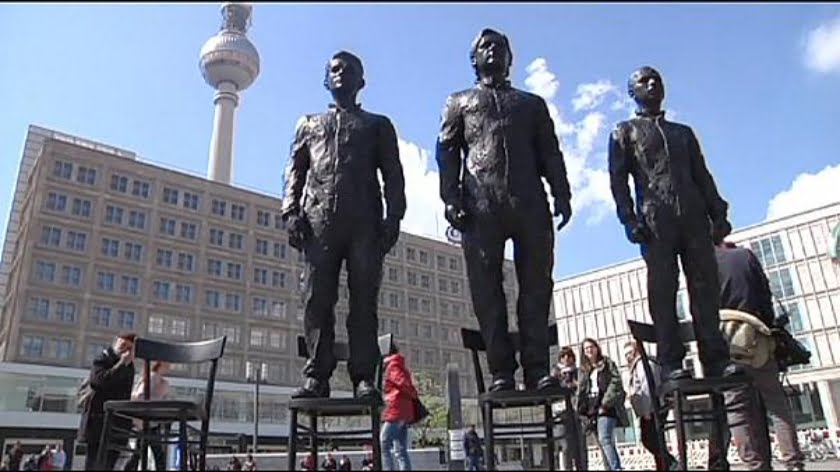 LAST YEAR, A GOVERNMENT COMMISSION CALLED FOR THE US TO ADOPT AN AI-DRIVEN MASS SURVEILLANCE SYSTEM FAR BEYOND THAT USED IN ANY OTHER COUNTRY IN ORDER TO ENSURE AMERICAN HEGEMONY IN ARTIFICIAL INTELLIGENCE. NOW, MANY OF THE “OBSTACLES” THEY HAD CITED AS PREVENTING ITS IMPLEMENTATION ARE RAPIDLY BEING REMOVED UNDER THE GUISE OF COMBATING THE…