This report tells the history of the process of fragmentation imposed on Palestinian rural land in the West Bank through a case study of three villages in the Nablus District – ‘Azmut, Deir al-Hatab and Salem. What these communities have experienced since 1980, when Israel established the Elon Moreh nearby, is but one illustration of broader developments taking place throughout the West Bank. Their story is similar to that of hundreds of Palestinian communities on whose lands Israeli settlements were established.

Like many Palestinian villages, ‘Azmut, Deir al-Hatab and Salem developed in keeping with the geographical features of the area. Farmland, pasture and natural water sources serves as the mainstays of the local economy and as the basis for the formation of an entire culture that ties the residents deeply to their surroundings. The villagers employed mostly traditional dryland farming, cultivating olives and fruit trees, legumes and grains. They also raised livestock, relying on natural pasture stretching across the hilly expanses of al-Jabal al-Kbir (literally: The Big Mountain) and the surrounding valleys. For hundreds of years, the villagers largely subsisted off farming and shepherding.

Since the 1967 occupation, Israel has employed various measures – official and otherwise – to cut off the villagers from their land and hand it over to settlers. The first step was the 1980 establishment of the Elon Moreh settlement on 127.8 hectares (1,278 dunams) of village land already registered as government property under the pre-1967 Jordanian rule. Just two years later, the Commander of Judea and Samaria declared a nature reserve on some of the remaining land west of the settlement. This resulted in the creation of an area, far exceeding that of the settlement’s jurisdiction, where Palestinians must receive Israeli permission for carrying out any development, construction, new cultivation, or pasturing livestock. In 1987, 170 hectares of the nature reserve were declared “state land”, and an illegal settlement outpost erected there in 1998.

The next phase in the process of dispossession took place in late September 1995, after Israel and the Palestinians signed the Oslo II Accord. The lands of ‘Azmut, Deir al-Hatab and Salem were divided into Areas B and C: most of the land already built-up at the time was designated Area B, while most of the villages’ land reserves, farmland and pastureland were labelled Area C, remaining under full Israeli control. Ever since, use of the lands designated as Area C for practically any purpose – especially for building and development – is subject to Israeli approval, which is almost always denied to villagers. In so doing, Israel laid the administrative groundwork for separating the built-up areas of the villages from most of their farmland and pastures.

In 1996, Israel built a road connecting the settlements of Elon Moreh and Itamar, so that Israelis no longer had to drive through the built-up area of Salem. In this way, following up on the administrative groundwork laid out a year earlier, Israel laid out the concrete infrastructure to physically separate the built-up areas of the three villages from their farmland and pasture. In 2000, four years after the road was paved, the second intifada broke out. Ever since, Israel has forbidden Palestinians to use the road or even cross it. Although this prohibition is legally baseless, the bypass road to Elon Moreh serves as the most sweeping and significant measure blocking villagers’ access to their farmland, pastures and natural water sources.

In practice, each and every restriction Israel has imposed on the residents of ‘Azmut, Deir al-Hatab and Salem has enabled settlers to encroach on these lands and increase the land under settler control. The separation Israel has created between the Palestinian residents and their farmland and pastureland allows settlers to build houses, establish outposts, dig pathways, plant crops and groves, graze flocks, and take over natural water sources on that land. Meanwhile, villagers are also regularly subjected to physical attacks.

The forced separation of the Palestinian villagers from their farmland, pastureland and natural water resources severely infringed upon their rights, devastated the local economy, and propelled them into poverty and dependence on external bodies. Villagers were left in a state of insecurity on multiple levels: financial, food and social insecurity.

This is a story of three villages, a single rural area. Yet it is an oft-repeated story. This report illustrates a sweeping, long-standing policy that Israel has been implementing in the West Bank for nigh on fifty years. Under the guise of “temporary military occupation”, Israel treats the occupied territories as its own: grabbing land, exploiting natural resources, and establishing permanent settlements. Palestinian residents are being increasingly dispossessed of their lands, roots and livelihood, to be replaced by Israeli control either by direct official action or by the settlers acting as its envoys.

Over the years Israel has dispossessed Palestinians of roughly two hundred thousand hectares of land, including farmland and pastureland, which it then generously allocated to settlements. Some areas were declared “closed military zones” and Palestinians were barred from entering them without a permit; other tracts were taken by creating facts on the ground and use of force. Approximately 580,000 Israelis currently live throughout the West Bank (including East Jerusalem) in over 200 settlements, enjoying nearly all the rights and privileges accorded to Israeli citizens living in Israel proper, inside the Green Line.

The impact that the West Bank settlements have on the lives of Palestinian residents far exceeds the land seized for the actual building of the settlements: Additional lands were expropriated for paving hundreds of kilometers of bypass roads; checkpoints and other measures that restrict only Palestinian movement have been situated based on the location of the settlements; access by Palestinian owners to many of their agricultural lands – within the areas of settlements and outside them – has been effectively blocked; and the winding route of the Separation Barrier – which severely violates the rights of Palestinians living nearby – has been situated deep inside the West Bank, mainly in order to keep as many settlements as possible on its western (Israeli) side, along with extensive tracts that Israel has designated for future expansion of those communities.

Meanwhile, Israel utterly ignores the needs of the millions of Palestinians living under the strict military regime in the West Bank that denies these residents the option of taking part in determining their future, robs them of their rights and their assets, and bars them from any possibility of maintaining an ordinary routine.

Israel’s policy clearly demonstrates that the state does not view the occupation, fast approaching the half-century mark, as temporary. Over the years, the settlements have effectively become part of Israel’s sovereign territory. Although Israel has thus far avoided formal annexation (except in East Jerusalem), it has worked in many ways to virtually erase the Green Line for its citizens, while concentrating the Palestinian population in 165 “islands” (Areas A and B) – non-contiguous enclaves that cannot thrive. This parallel movement, of Israeli settlers moving in and taking over more and more West Bank land Palestinians being pushed aside, has been a stable mainstay of Israeli policy in the West Bank since June 1967, with all Israeli legislative, legal, planning, funding and defense bodies working towards that end.

The Day After Nuclear Armageddon: Armchair Warriors, Chicken Hawks and the Colonization of Mars? Our society is run by insane people for insane objectives. I think we’re being run by maniacs for maniacal ends and I think I’m liable to be put away as insane for expressing that. That’s what’s insane about it. John Lennon The… 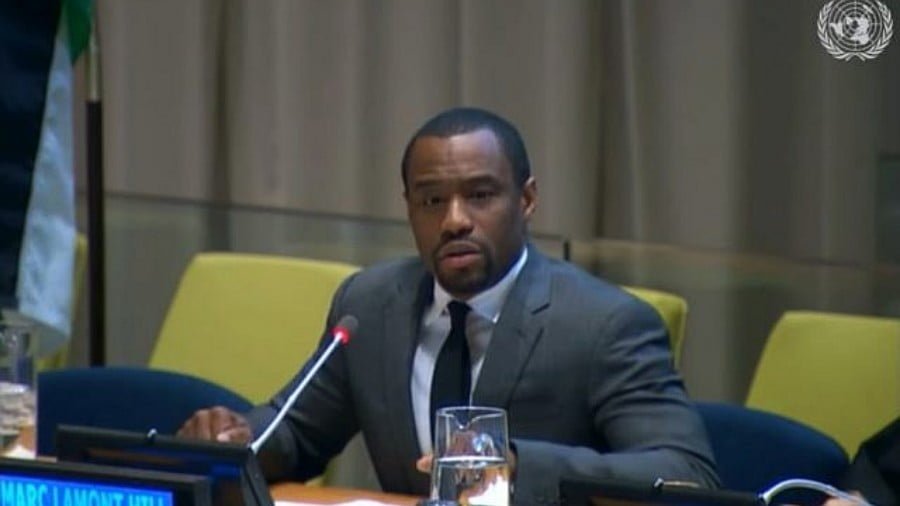 As US President Donald Trump hosts Israeli leader Benjamin Netanyahu in the White House this week on the agenda is the formation of a “NATO-style” alliance for the Middle East, according to reports. As if one US-led warmongering alliance in Europe and the North Atlantic were not enough. Now the world will see a clone of NATO… 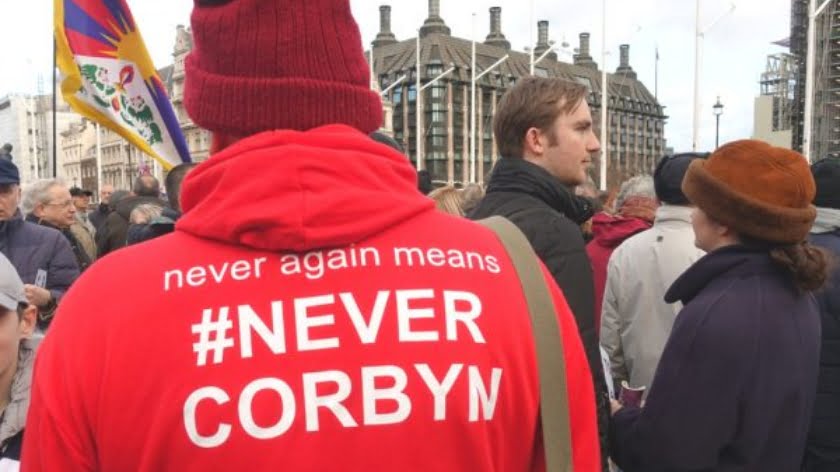 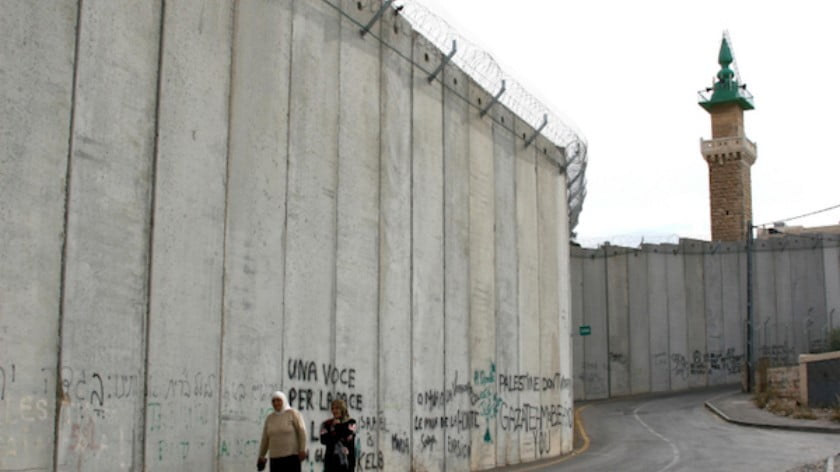 The demand of President Donald Trump that congress should appropriate money to build a wall securing the nation’s southern border has resulted in the longest federal government shutdown in history with no end in sight. There is considerable opposition to the wall based on two quite different perceptions of border security. The generally “progressive” view…