This is now the world we live in.

Syrian army has effectively defeated the 10,000 Islamist rebels in Aleppo. These include 4,000 al-Qaeda and Ahrar al-Sham fighters who effectively control the other groups. The other large outfit among them is the supposedly “moderate” Nour al-Din al-Zenki whose members proudly filmed themselves beheading a Palestinian boy this July.

One might expect this to be an occasion for fireworks as thousands of Aleppo residents who have been celebrating the end of the battle seem to think but Paris mayor disagrees and ordered yesterday Eiffel tower lights to be switched off in the evening “in support of Aleppo”.

That at least is what the mayor said in her Tweet acompanying her decision. Speaking to French TV, however she explained the gesture carried an explicit interventionist messsage:

“We hope that this symbolic measure, on a monument that is known around the world, will show the international community once more the urgent need to act”, Mayor Anne Hidalgo said to the media channel Europe 1.

When ISIS terrorist attacks hit Paris in November 2015 European leaders rushed to express support for the French but this solidarity does not extend to Syria and its fight with al-Qaeda.

To the contrary al-Qaeda’s losses are mourned and reason to call upon the “international community” to take urgent action — presumably to halt them.

How could it be otherwise when Syrian militias have allegedly turned Aleppo into killing fields massacring 82 civilians in cold blood — as relayed in a secondhand report by a UN official who happens to be member of the Jordanian royal family who admitted on the spot this was in no way verified information.

It is almost like a French mayor whose government has promoted regime change in Syria and a Jordanian UN official whose family has done the same are in a hurry to establish the fall of eastern Aleppo as an atrocity before any of the facts are known.

In any case while the miserablist Paris mayor is mourning the people of Aleppo are by and large celebrating. I’ll leave you with that brighter notion:

#Aleppo celebrating #SyrianArmy on the brink of #victory @RT_com pic.twitter.com/6LVJ2ovAF5 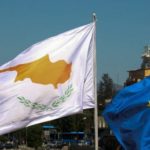 Extrajudicial Executions Portrayed as "An Instrument of Peace". Trump Wanted to "Take Out" Syria's President Assad...

How USA and Turkey Plunder and Loot Syria with Impunity