Pornography: Weaponized Degeneration of the Population

Warning: the nature of the subject matter in this article is not easy to mentally or emotionally digest. Please be advised before reading further.

You wouldn’t think of pornography as part of a social manipulation and mind control experiment, but when you understand the benefits of degrading our sexual morality and the cohesiveness of the family unit, it becomes clear that the rampant pedophilia and sexual sociopathy we see today didn’t happen by accident.

With a recent sting operation in Texas, uncovering unchecked sexual abuse and pedophilia in Child ‘Protective’ Services, along with global pedophilia rings being exposed, with very little mainstream news coverage, in company with two very high-profile pedophilia cases detailing criminal abuses carried out by Jerry Sandusky at Penn State and those of famed British entertainer Jimmy Savile – just to name a few – it is apparent that pedophilia and sexual perversion have overtaken low, mid-level, and the highest levels of political and social power.

The ‘dark web’ or ‘deep web’ that Ashton Kutcher recently referenced in a Senate Committee meeting on the subject exists with deep ties to child pornography. As a writer for Cracked explains, the deep web –

“…it’s a hidden (that is, not indexed by search engines) part of the Web in which the sites are protected by passwords and where membership is often by invitation only. So, who uses it? Some drug dealers, but, mostly, it’s pedophiles. Lots and lots of pedophiles.”

The writer goes on to detail different deep web site names like 7axxn with a community of “over 90,000” registered users, filled with gigabyte after gigabyte of child pornography. He says, “which is easily the most depressing set of statistics ever recorded.”

He further states an even more troubling fact – that many pedophilia acts are “all in the family.” A moderator on 7axxn with the sage-like moniker of sarahthecunt claims to have three children that she and her husband are “bringing up pedo” (her husband is a member, too).

In fact, for children who are born into Illuminati bloodline families, military families, or families with connections to the New World Order, this is sadly, part of their upbringing.

No matter your sexual preference, gay, straight, or bisexual, most people would argue that the rape of infants as young as 18-months, and sexual intercourse with a family members’ children is not only highly immoral, but a breeding ground for deep and enduring psychological mutilation.

Meanwhile, when physical mutilation of a young girl’s vagina turns someone ‘on’ sexually, as was the case with whistleblower and pedophilia survivor, Cathy O’Brien, we can only imagine (though it is a dark and disturbing descent into human depravity) what wounded and fractured souls must be carrying out these acts. “By telling their secrets,” O’Brien attests, we can erode their [the New World Order] power.

Some may argue that the Greeks and Romans practiced all manner of sexual deviance, including sex with their own family members, and those who were very young, this was usually only done by an elite class that felt entitled to people as possessions.

Even more dangerous is the assertion by modern psychologists that pedophilia is an inborn “sexual orientation,” and not a learned behavior. This provides not only grounds to legalize this rampant sexual degradation, but a way to normalize it.

When you deduce who is behind the promotion of pornography, it also becomes clear that Podesta, spirit cooking with semen, breast milk and blood, and pizzagate are just the tip of the iceberg. Pornography is no different than chemtrails, mercury-filled vaccines, rampant spying, subliminal conditioning, and the fluoridation of municipal water supplies (among other atrocities) as part of the control system.

This system of abuse and control has been kept under wraps as part of a system of “national security.” As O’Brien stated years ago, she alone had more than 27,000 documents, including insider testimony and medical records to prove these sexual abuses were happening and being ignored.

Yet, they continue to go unchecked, aside from a dozen or so arrests that have happened recently around the globe – most of which have been pardoned or ignored acts that have been perpetrated by the highest-ranking individuals in power.

These individuals in power are well aware that mind control can be used to create entire generations with dissociative identity disorder (multiple personality disorder) – a term used to describe people who have been so profoundly abused, that the only way their psyche’s can carry on living is to create an additional persona.

Moreover, Jeanice Barcelo, M.A., is a birth doula and independent childbirth educator, who attests in an interview that many of our world leaders are possessed by demonic entities which compel them to act in sexually abusive ways. She states,

“For most people we can’t even fathom how the Luciferians could turn something like motherhood into satanic filth.”

Whether these people are actually possessed by demons, they certainly act in devilish ways. They are anti-nature, and anti-God. They believe they can become Gods, in a rebellion against a Universal, benevolent design, or a Natural Order, based on enduring family love and compassion as well as honorable connection, by drinking blood and sodomizing children. They believe these acts allow them to absorb a child’s life force to make them more God-like.

You can see this in the acts of individuals like Billionaire Jeffrey Epstein, a convicted pedophile who is deeply involved in human trafficking and the facilitation of the sexual abuse of children. He takes political elites, including many prominent figures who are bothRepublican and Democractic parties, to an island where these children are held hostage to be used as sex slaves.

The minds of these psycopaths are so deviant, that they can induce a person to want to have sex with a corpse, as evidenced in scientific experiments, by using drugs often administered during childbirth such as oxytocin and morphine, according to Barcelo. They start from the very onset of ‘life’ to try to destroy it.

How has child pornography and pedophilia, satanic sexual rituals, and mind control been used to create entire generations of sexual deviants? The evidence is clear. The why is now clearer, for even the many among us who can’t even grasp treating an innocent child in such horrific ways. Hopefully by exposing the control tactics used by the elites who run this morbid sex-show, we can also help to destroy them. 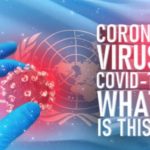 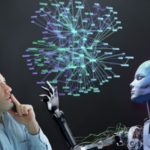 How to Take Back Control of Your Mind

Education and the Dismantling of the Mind

War Essay - The Consequences of Nuclear War on US Society

Understanding the Tactics of Subversive Globalism

What Rampant Cyber Pornography is Doing to Adolescents
Miscellaneous
MindPornographySociety