The CIA and MI5 have the ability to hack certain Samsung smart TVs which can then be operated as a listening device even when the televisions are switched off, the latest WikiLeaks dump has revealed, raising privacy questions for homes across the world.

The high-tech cyber espionage capabilities were detailed in WikiLeaks’ latest data release on Tuesday, which outlined how the CIA and MI5 held a joint workshop in June 2014.

The workshop resulted in the development of covert hacking and listening techniques, which were given the codename ‘Weeping Angel’.

The techniques developed were used to hack into the Samsung F8000 smart TV series.

Launched as a premium smart TV in 2013 the F8000 series has the ability to be controlled by the viewer using voice and motion sensors and has been distributed globally.

Samsung has been the top-selling TV brand in the world for the past decade with a global market share of 21 percent as of 2015. The number of F8000’s sold is not known.

According to the documents published by WikiLeaks, audio could be obtained even when the TV appeared to be off, using a ‘Fake-Off’ mechanism that took control of the LED light.

It is not clear from the leak whether the audio was streamed or downloaded. In a section titled ‘ToDo / Future Work’ the document discusses plans to stream audio from the TVs.

Video capture is also listed as planned for future development in the documents.

The document revealed that the CIA and MI5 developed the ability to extract browser and WPA/Wi-Fi credentials and history, with plans to develop a ‘Fake-Off’ mechanism for WiFi, enabling them to transfer data even when WiFi appears to be off.

The tools were named ‘Weeping Angel’ after predatory creatures from the British sci-fi series ‘Doctor Who’ which take on the form of stone statues before attacking their prey. 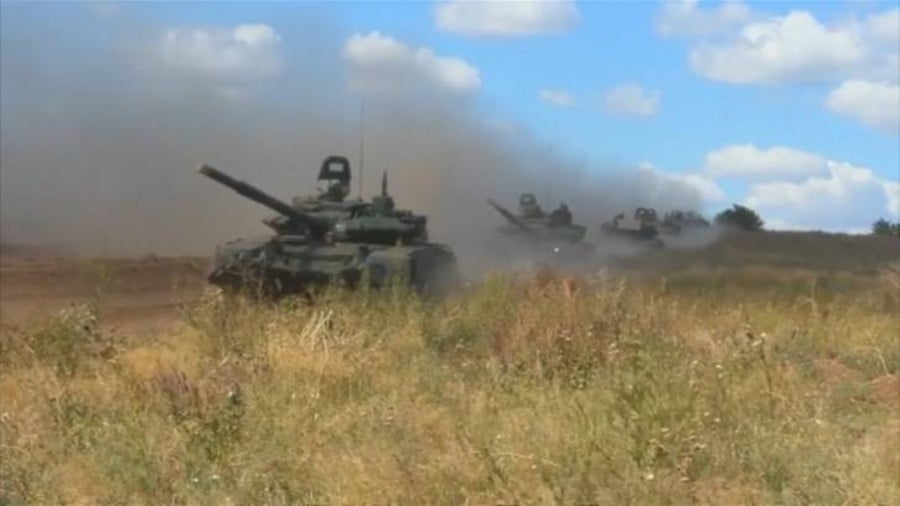 Territorial disputes are a delicate thing… and potentially deadly as well. That’s why the U.S. is backing up its positions with an ever-increasing presence of warships  in the South China Sea. China is very touchy about these territories, and unwilling to give up what they perceive as their waters, even as a UN tribunal just…

The US State Department has released a volume of declassified documents detailing the role the United States played in the 1953 coup against the Iranian government of Mohammad Mosaddegh. Released Thursday, the 1,000-page “Foreign Relations of the United States, Iran, 1951–1954” provides information on the use of covert operations in Iran by the Truman and…

A New Zealand general has confirmed that the US-led coalition fighting in Mosul has used munitions loaded with white phosphorus. It comes amid mounting criticism over the use of the multipurpose weapon, which can be extremely dangerous to civilians. Over the past few weeks an increasing number of claims have pointed to the use of…